Only the longest chain of carbon atoms in the compound is considered. It is named according to its components.

Let’s look at a few examples to understand this better:

The Longest chain of carbon atom is named first

Since it is an alkane, we get Propane 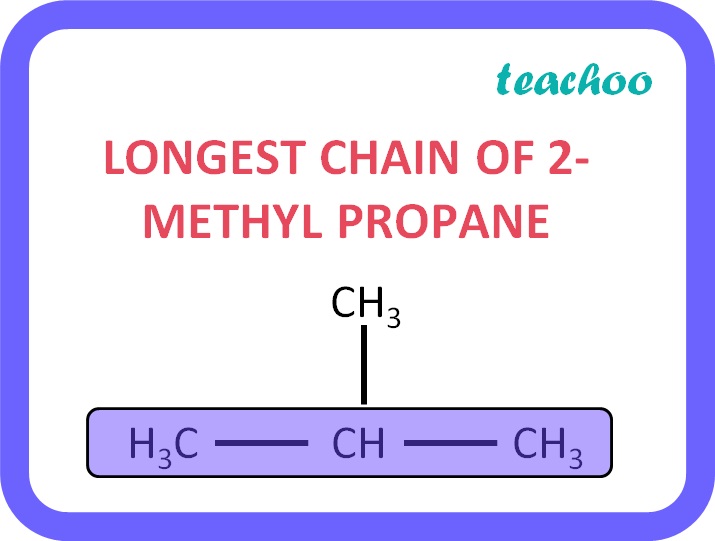 We name the branches separately

Hence we name it Methyl. 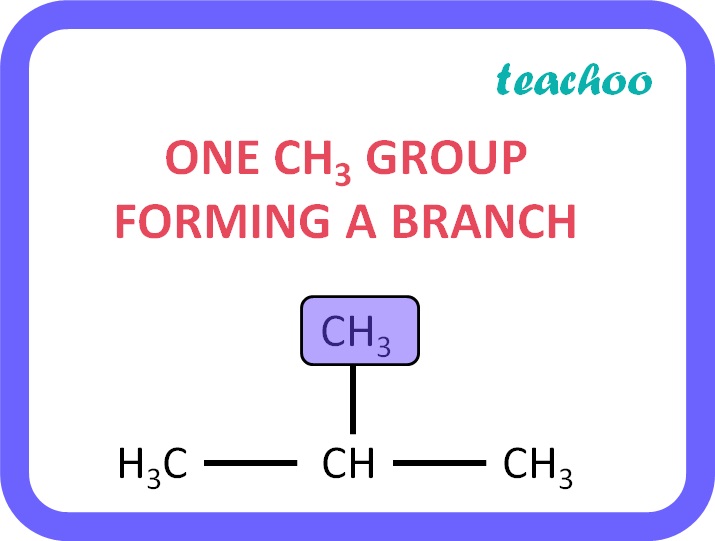 So the smallest position is 2 . 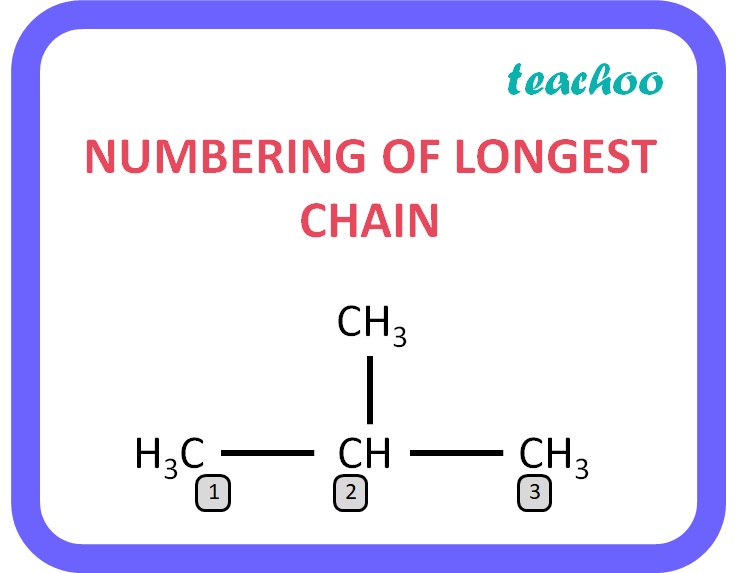 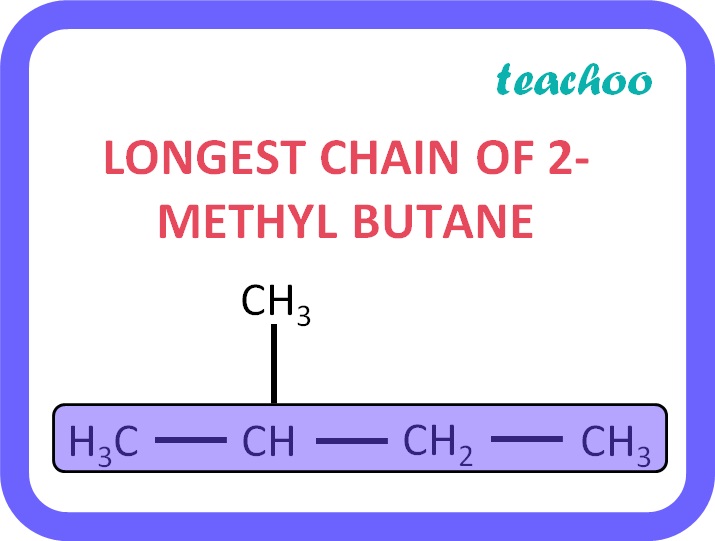 We name the branch separately

It is an alkyl of 1 carbon atom- called Methyl 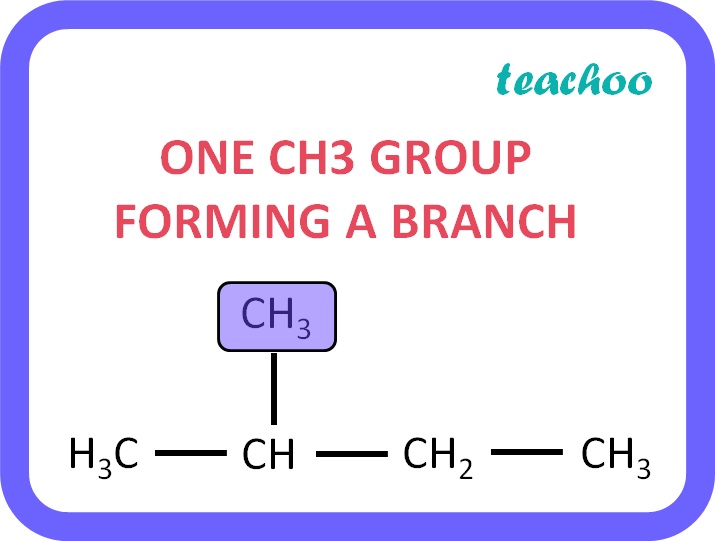 We check the carbon number where the branch is attached

It is attached at second number from left side and third number from right side, we take lowest of possible positions 2 and 3 i.e. 2 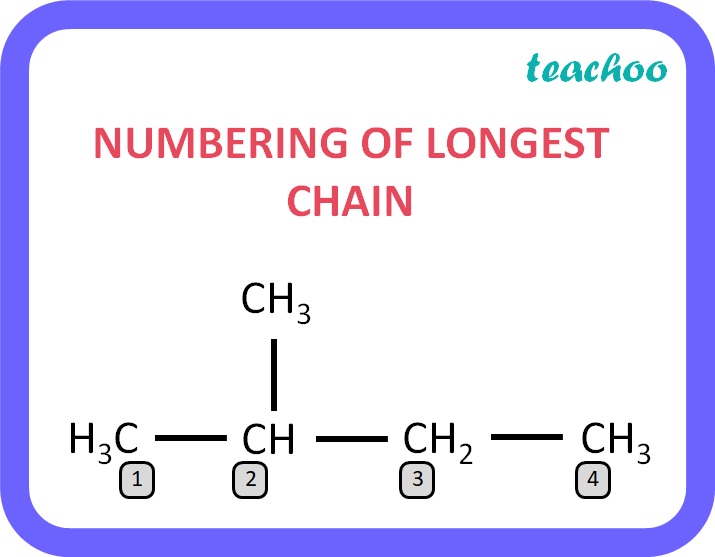