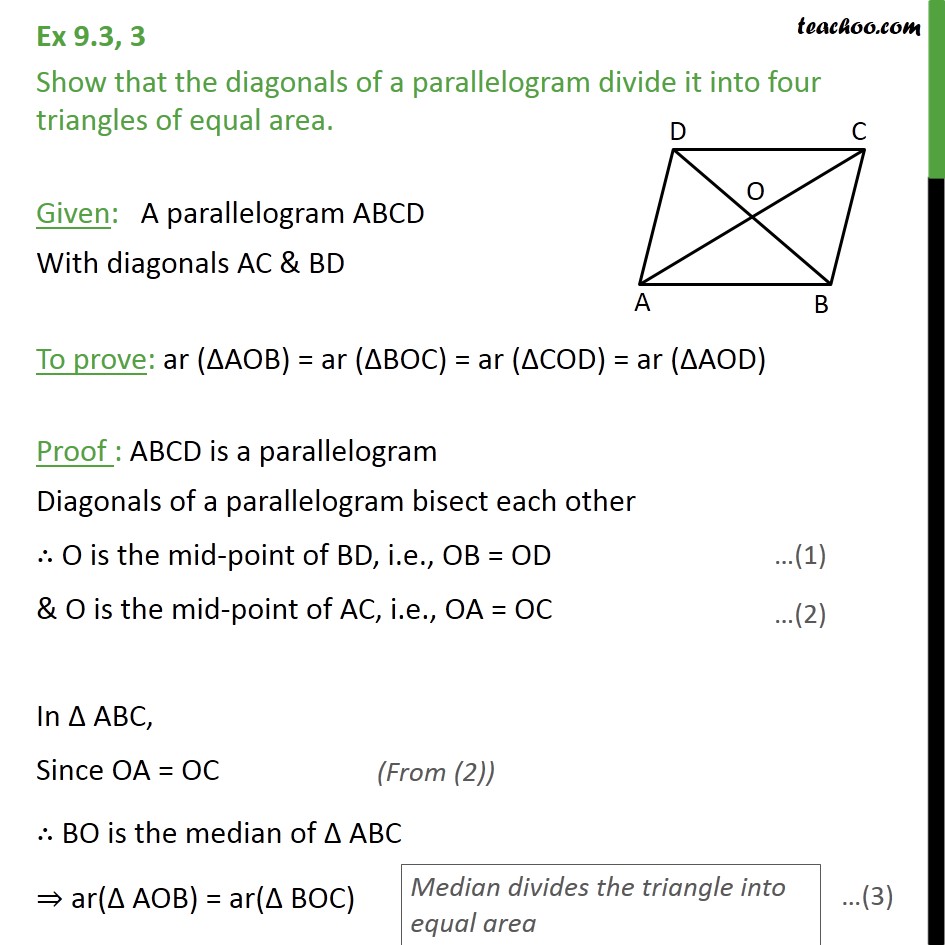 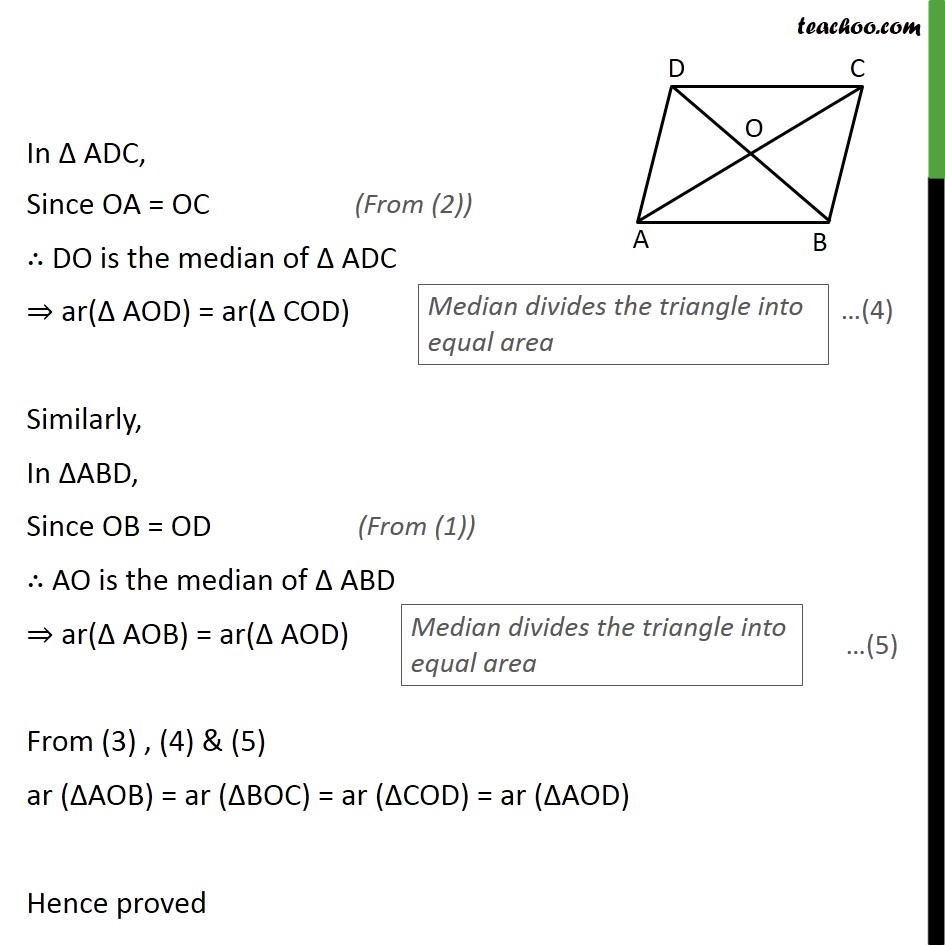 Since rectangle, square, rhombus are all parallelograms.

We can also say that