Flower is the main reproductive organ of all the angiosperms . Angiosperms are flower bearing plants in which the seed is enclosed inside a fruit. 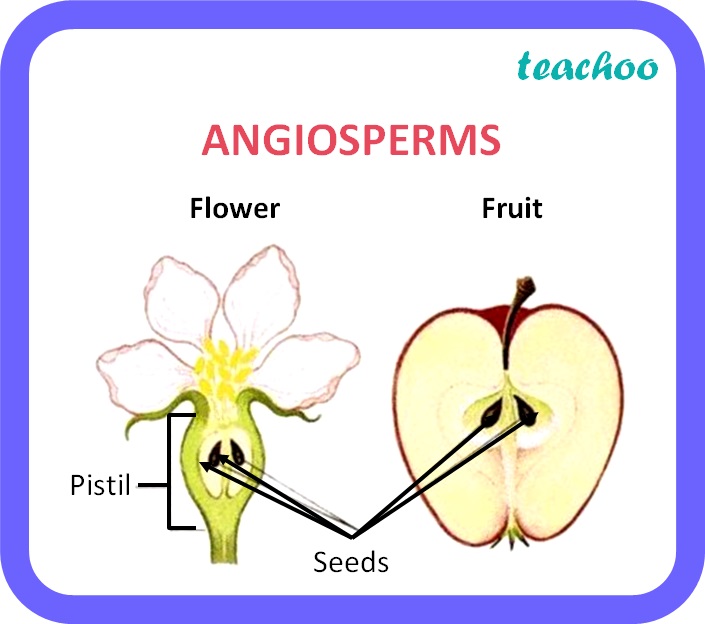 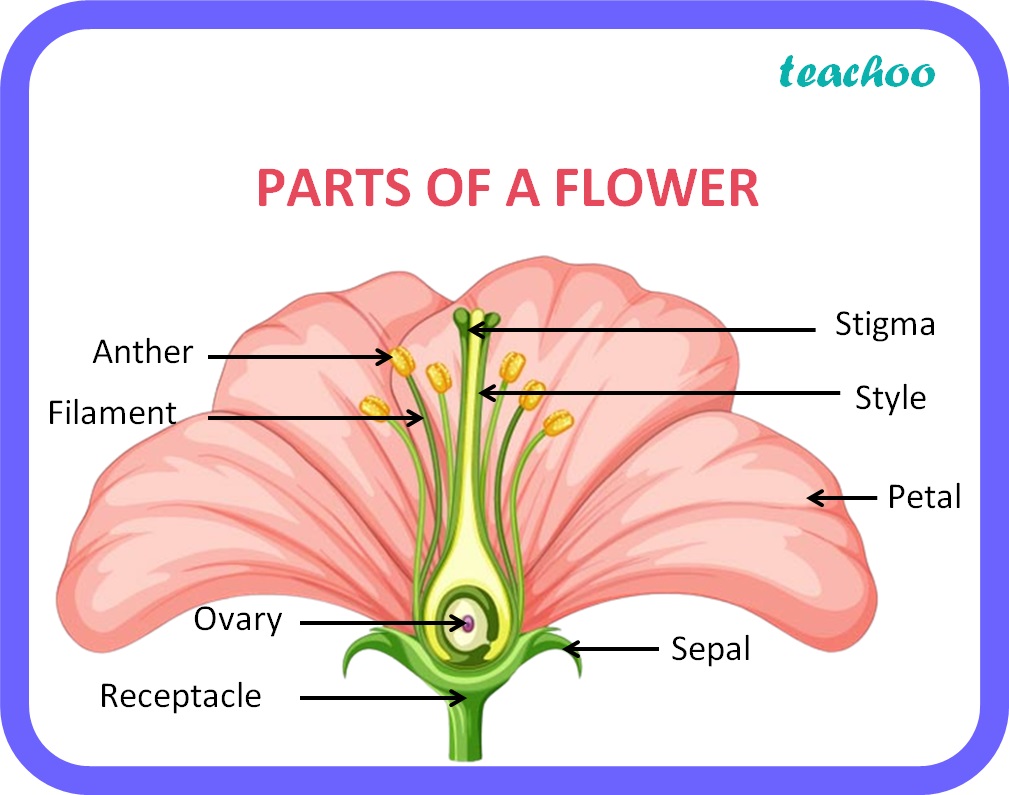 A plant may be:

The stamen consists of two parts: 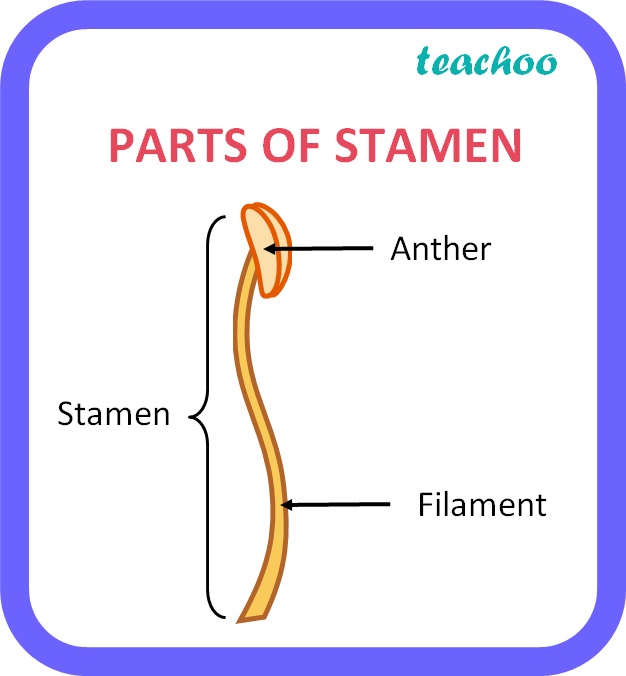 It is a long tubular stalk which is attached to the anther.

Pistil is also known as carpel and it consists of the following 3 parts: 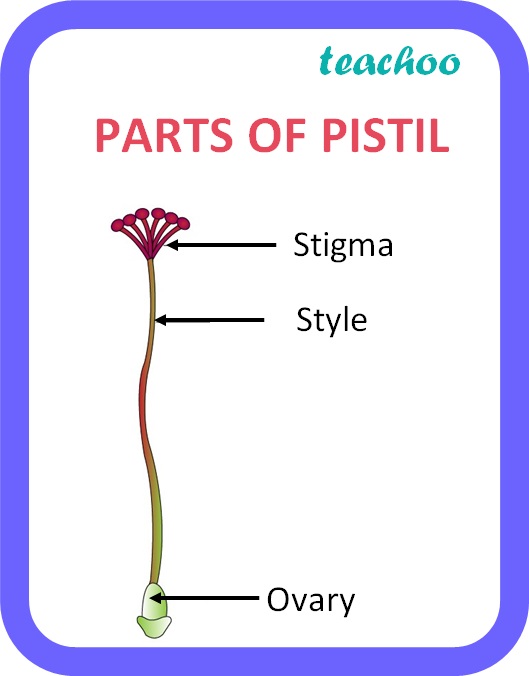 Style is the tubular middle portion of the carpel which is responsible for transferring the male gametes of pollen grains to the ovary.

It is a swollen structure present below style. Ovules which have the female gametes are produced and stored inside the ovary. The ovary contains many ovules.

Note: There is a single female gamete present inside each ovule . The fertilization of male and female gametes takes place inside the ovule.