Let's study how the electric circuit looks like in our homes

This how a Domestic Electric Circuit, i.e. a circuit in our homes looks like 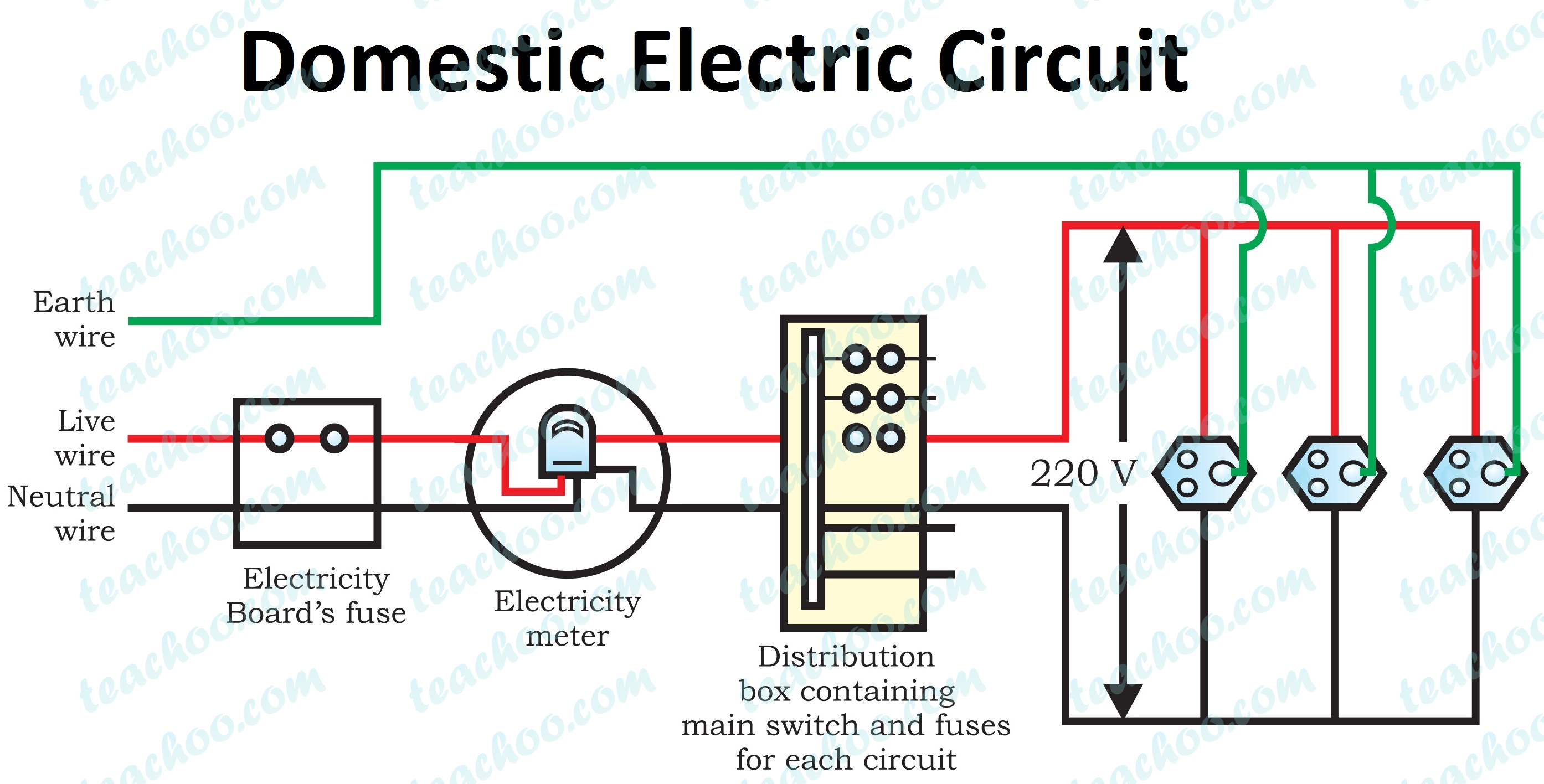 Different Sockets in a Switch

There are normally 3 sockets in a switch

These are for connecting 3 wires

What is Earth Wire? Why it is used?

Earth wire is a third type of wire in our electric circuit, it doesn't carry any electricity,

One end of earth wire is buried in the earth and other end is connected to the metal casing of electrical appliances by using three pin plug.

If by chance, live wire touches any metal case parts of appliances then current passes directly to earth.

Hence, earth wire is used to prevent people from getting electric shocks

This wire has green color insulation

If too many electrical appliances are used simultaneously (together)

Or too many electrical appliances are connected to the same socket

Due to this, the wires may get overheated and fire may start

This is called overloading

What is Short Circuit? 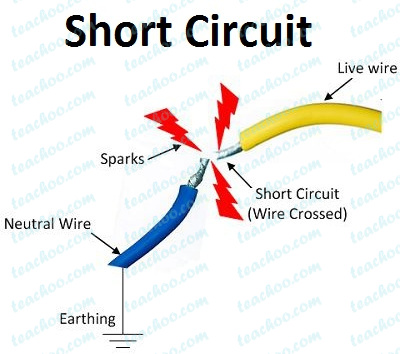 they cause short circuit

This happens if insulation of both wires get torned

Current flows through wire without much resistance

Due to high current passing through wire,wire may get heated up and may catch fire

How to Prevent Short Circuit?

It is prevented by using fuse

What is Fuse? Why it is used?

A fuse is a device which is used in a circuit

to prevent damage to the appliances and the circuit due to overloading.

It stops the flow of unduly high electric current. 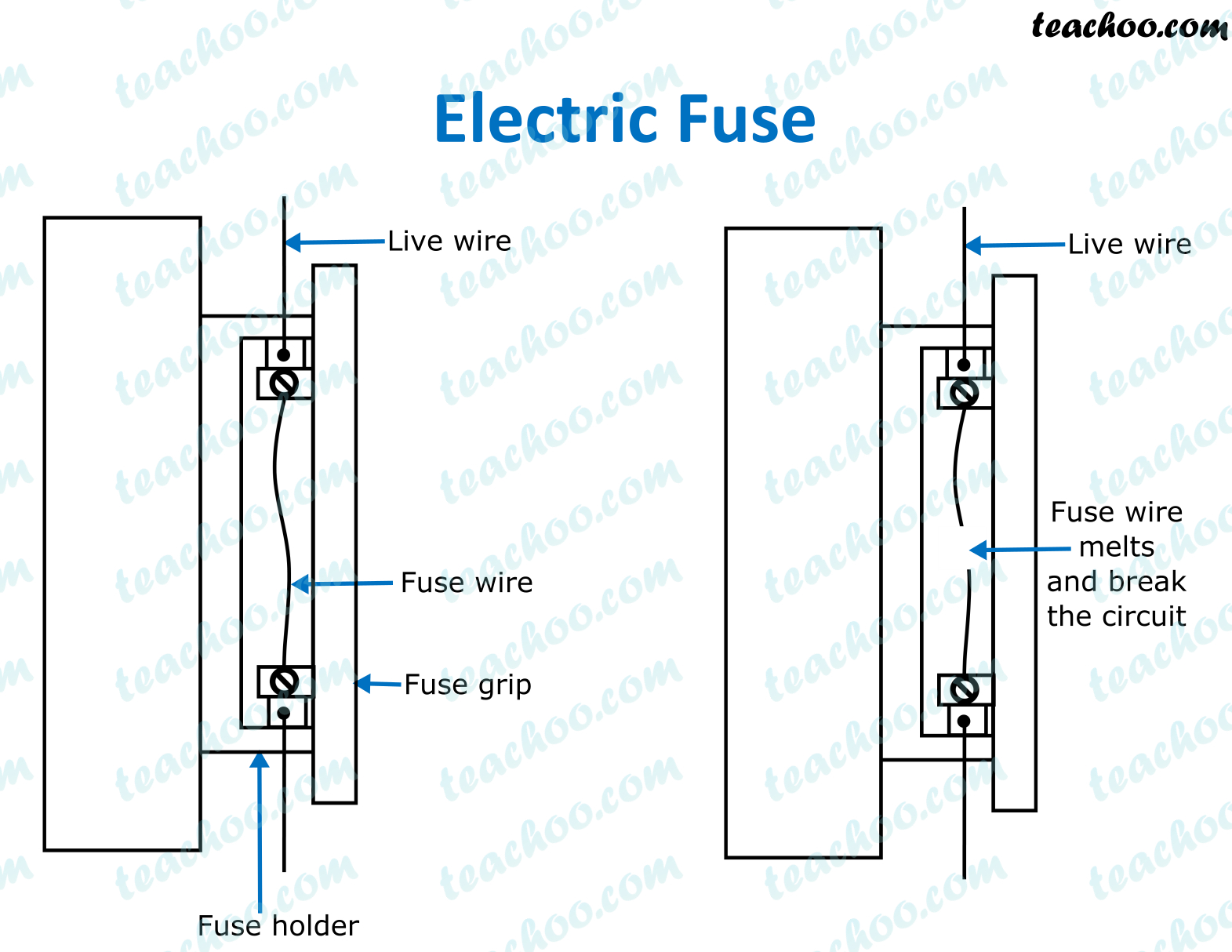 Nowadays, MCB (Miniature Circuit Board) is used in place of fuse 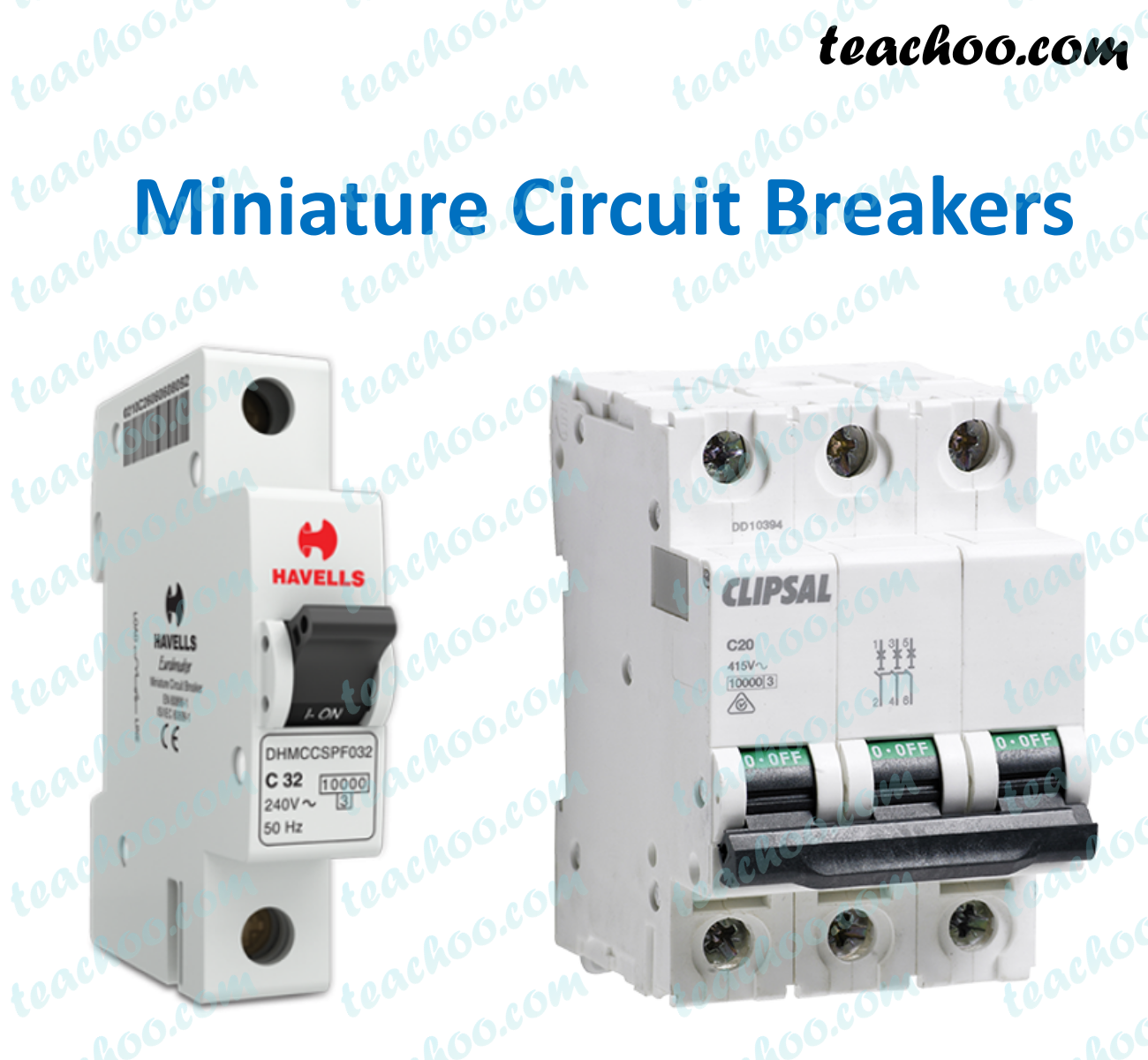 If current becomes too large, MCB puts off a switch breaking off power supply

These can be switched on again and reused

Difference between MCB and Fuse

NCERT Question 5 - At the time of short circuit, the current in the circuit

NCERT Question 6 (d) - State whether the following statements are true or false.

A wire with a green insulation is usually the live wire of an electric supply.

NCERT Question 17 - When does an electric short circuit occur?

NCERT Question 18 - What is the function of an earth wire? Why is it necessary to earth metallic appliances?


Introducing your new favourite teacher - Teachoo Black, at only ₹83 per month