Magnetic field due to a Current in a Solenoid

What is a Solenoid

It is a coil containing many circular turns

These wires are wrapped closely in the shape of a cylinder. 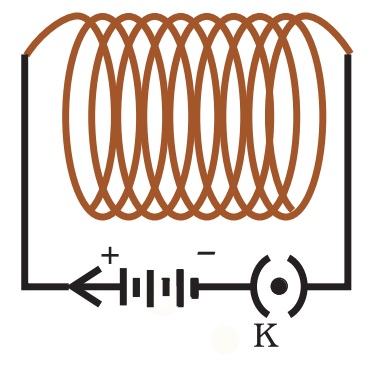 If we pass current through the circuit, the magnetic field would be shown as 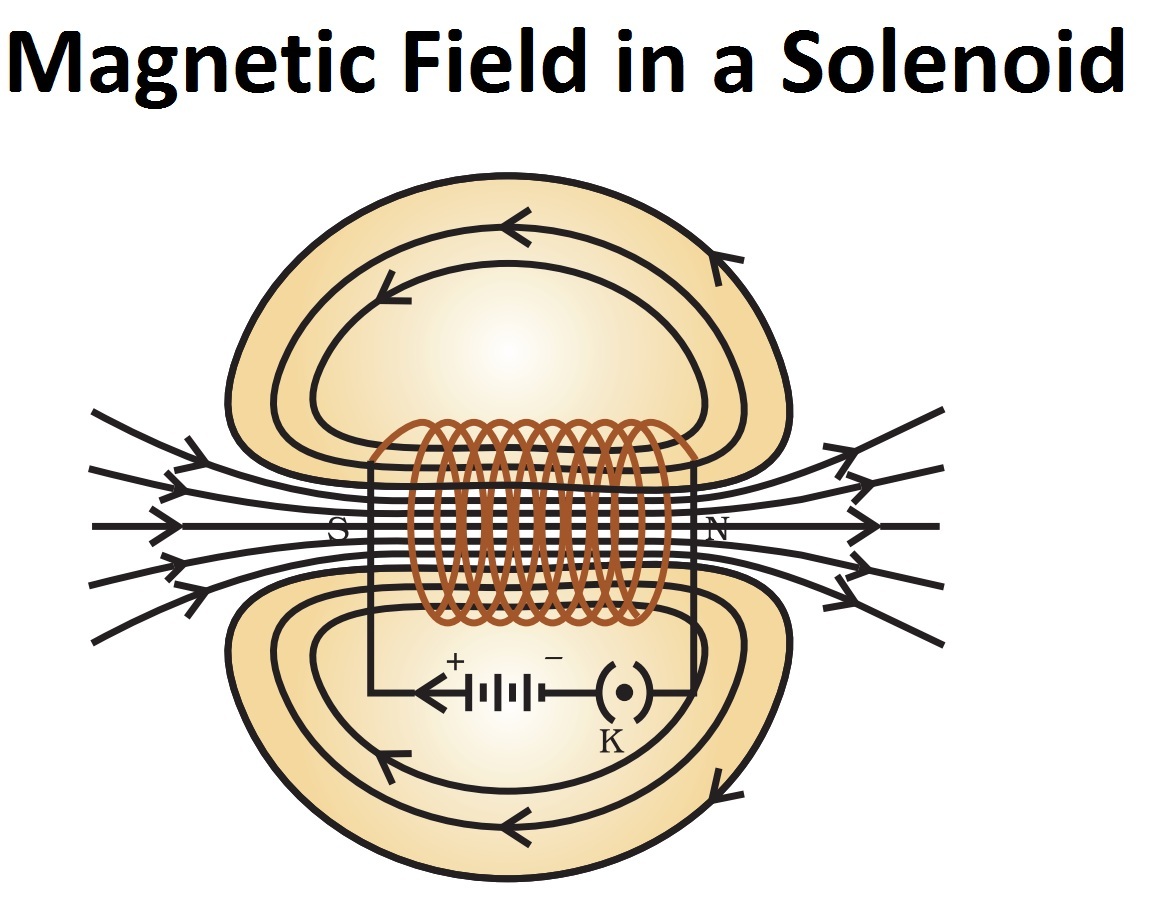 Let's look at some properties of Magnetic Field produced in Solenoid

A solenoid behaves like a bar magnet when current is passed through it.

Like in bar magnet, the field lines emerge from one end and merge into another.

In a solenoid, the field lines behave in the same manner

One end of Solenoid behaves as Magnetic North Pole

and Other end as Magnetic South Pole

It means magnetic field is same at all points inside the solenoid,

that is, magnetic field is uniform inside a solenoid.

Magnetic Field Produced is Strong in a Solenoid

A solenoid has a number of turns

More the number of turns, more the current flows through it and hence more the magnetic field

Hence, they are used to make electromagnets

Strength of Magnetic field in a Solenoid depends on

Strength of Magnetic field in a Solenoid depends on

What is an Electromagnet

An electromagnet is a magnet consisting of wire would around a soft iron core.

It is magnetized only when electric current is passed through the coil.

A soft piece of iron is placed inside solenoid

When electric current is passed, strong magnetic field is created.

The iron becomes magnetic due to the strong magnetic field of the solenoid.

The magnet so produced is called electromagnet

Note : Only soft iron is used to make an electromagnet because Core of an Electromagnet loses all its magnetism when current is switched off.

NCERT Questions 8 - How does a solenoid behave like a magnet? Can you determine the north and south poles of a current–carrying solenoid with the help of a bar magnet? Explain.

Question 2 Page 229 - The magnetic field in a given region is uniform. Draw a diagram to represent it.