Force due to Magnetic Field

We have learned that

Now, this magnetic field exerts a force on the conductor.

Activity to demonstrate Force due to Magnetic Field 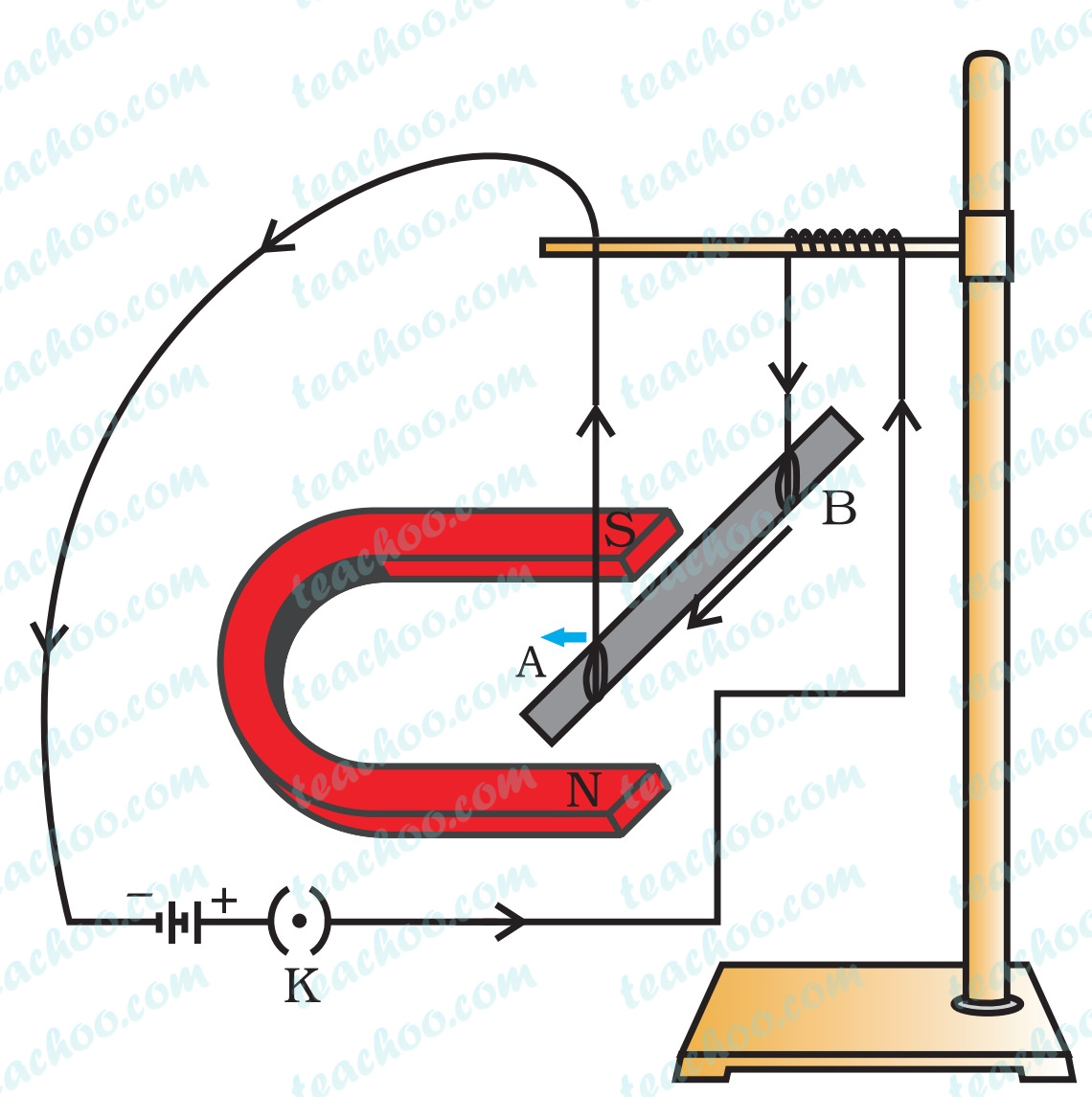 So, in the experiment we see that

Direction of Force depends on

From the experiment, we see that

When is force acting on Current Carrying Wire highest?

It is found by experiments that

Force Acting on Current Carrying Wire is highest when

Hence, the displacement of the conductor is largest when the magnetic field is perpendicular to the direction flow of current. 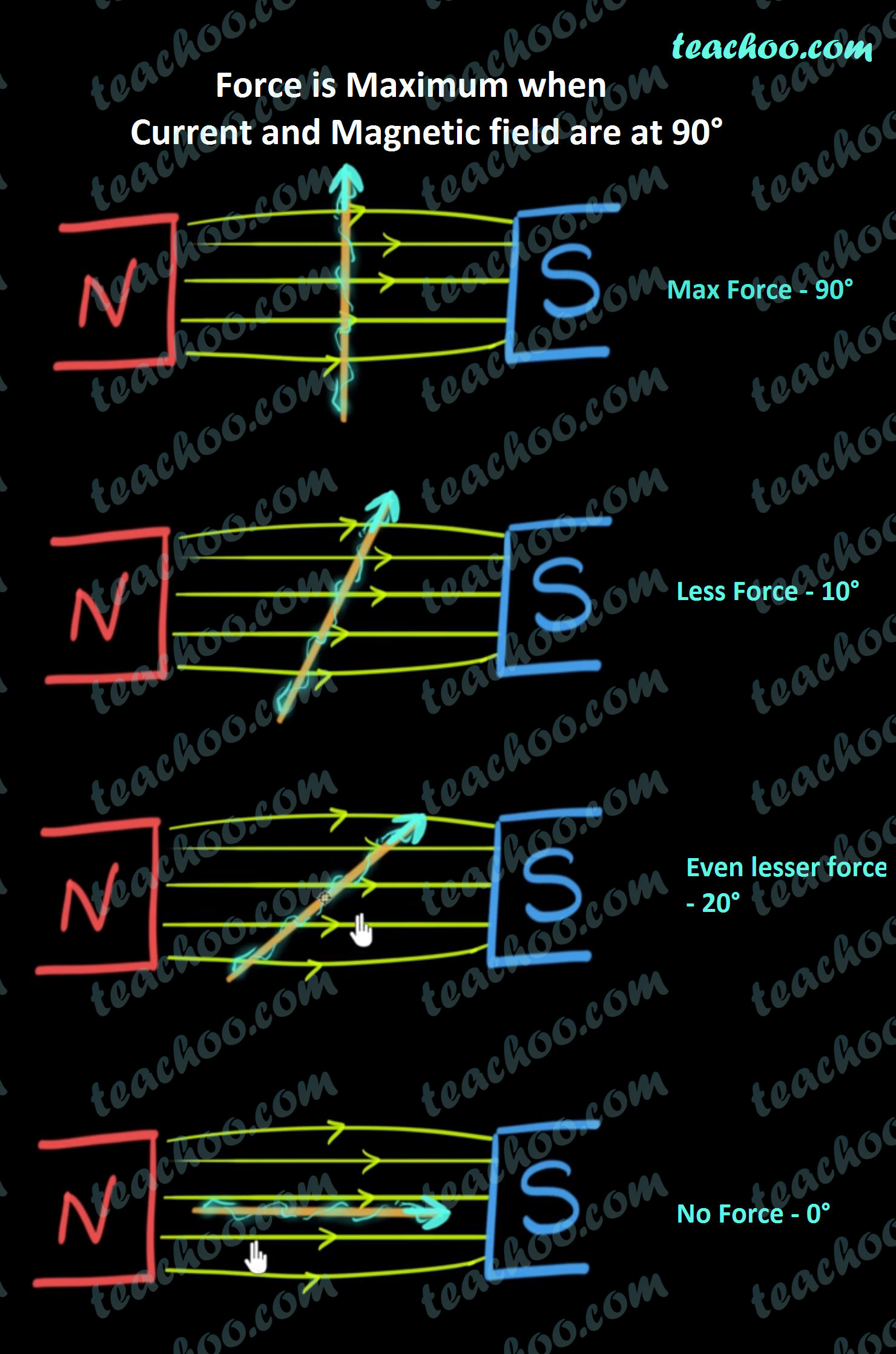 How to Find Direction of Force Acting on Current Carrying Wire?

It is found with the help of Fleming Left Hand Rule

On our left hand,

We put our Thumb, Index finger and Middle Finger perpendicular to each other as shown below 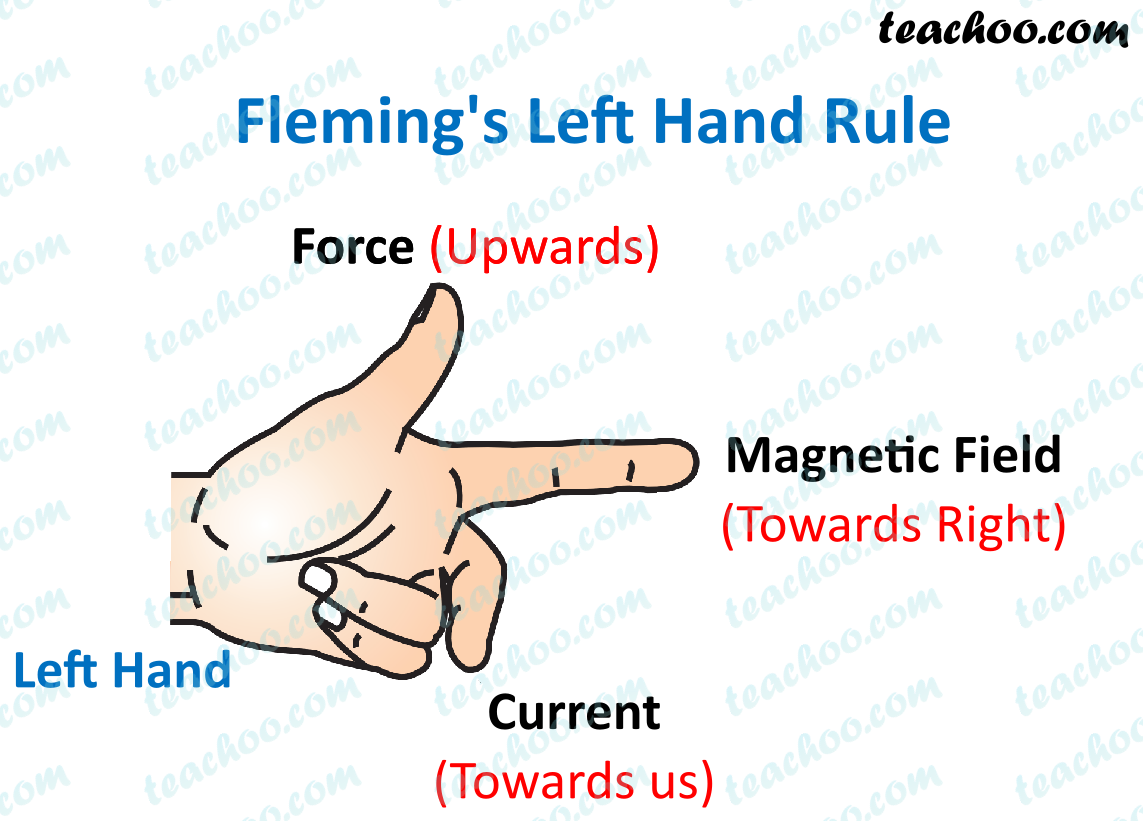 To remember this, remember FBI 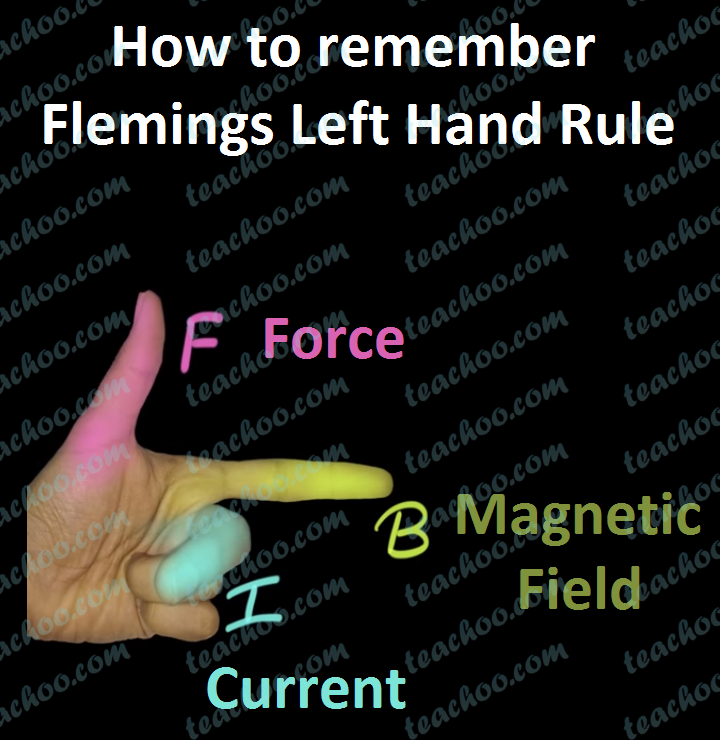 Practical Uses of this Force

NCERT Question 9 - When is the force experienced by a current–carrying conductor placed in a magnetic field largest?

NCERT Question 10 - Imagine that you are sitting in a chamber with your back to one wall. An electron beam, moving horizontally from back wall towards the front wall is deflected by a strong magnetic field to your right side. What is the direction of magnetic field?

force experienced by a current-carrying straight conductor placed in a magnetic field which is perpendicular to it, and

Q1 Page 231 - Which of the following property of a proton can change while it moves freely in a magnetic field? (there may be more than one correct answer.)

Example 13.2 - An electron enters a magnetic field at right angles to it, as shown in Fig. 13.14. The direction of force acting on the electron will be