When electric current is carried by a straight wire, it produces magnetic field lines in the form of concentric circles. 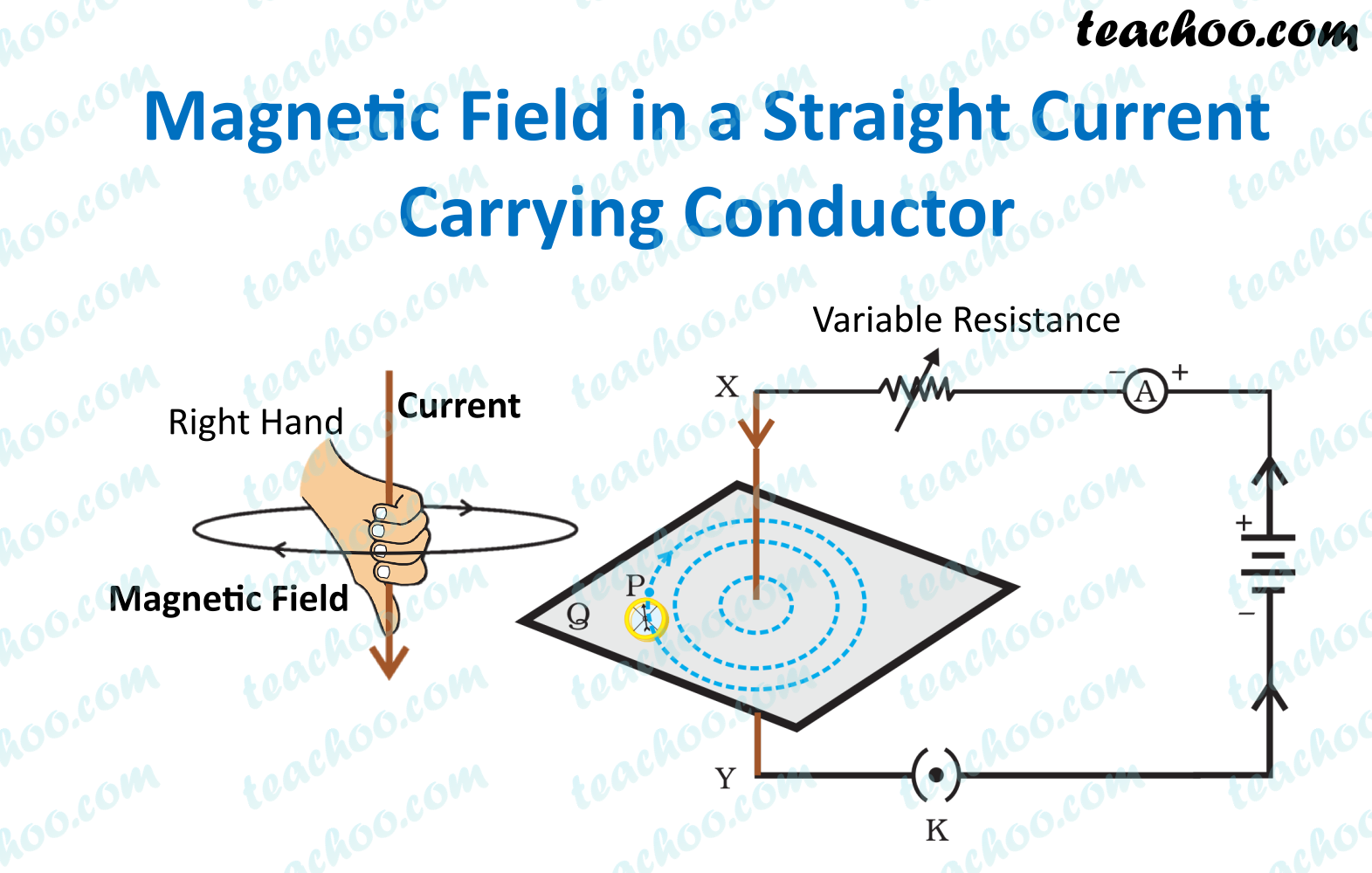 Magnetic field lines produced are in the form of concentric circles

Note : Circles with a common center are called concentric circles

We bring iron fillings near it and switch on the circuit 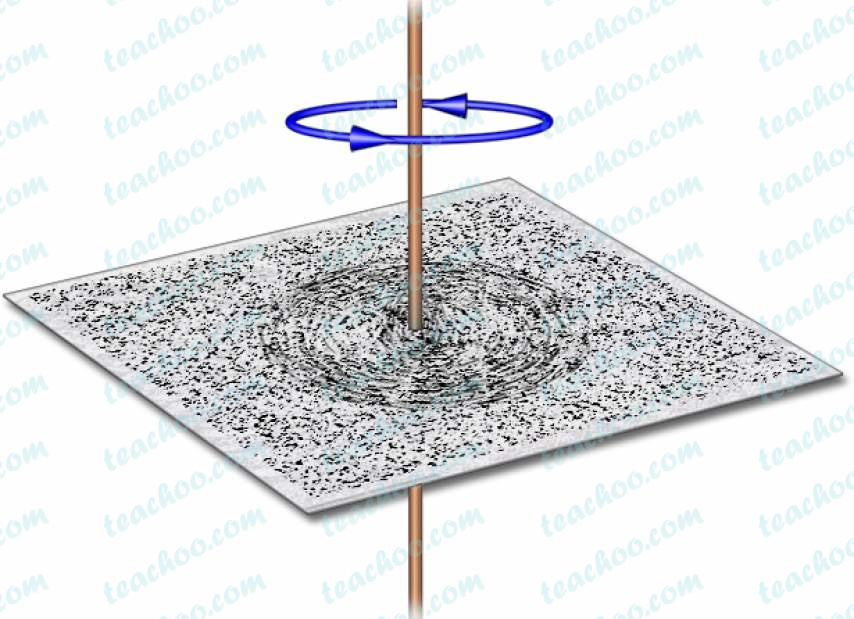 Direction of Magnetic Field Depends upon Flow of Electric Current

If we bring a compass near electric circuit

If current flows from North to South, North Pole of compass would deflect towards east side

Direction of magnetic field is given by Right Hand Thumb Rule


Magnitude of electric current produced is Directly Proportional to Current

Magnetic Effect is measured with help of Magnetic Compass

If less current is passed, there is less deflection in magnetic compass needle.

If current is increased, there is more deflection in magnetic compass needle. (magnitude of deflection also increases)

If Magnetic Compass is placed near the wire, it shows more deflection (meaning more current flows through it)

If compass is moved away, the amount of deflection decreases

NCERT Question 1 - Which of the following correctly describes the magnetic field near a long straight wire?

(a) The field consists of straight lines perpendicular to the wire.

(b) The field consists of straight lines parallel to the wire.

(c) The field consists of radial lines originating from the wire.

(d) The field consists of concentric circles centred on the wire.