They are mainly of 2 types

They are sown in Rainy Season

Rainy season in India is from June to September

These crops require a substantial amount of water for their growth

These crops are also known as Paddy crops 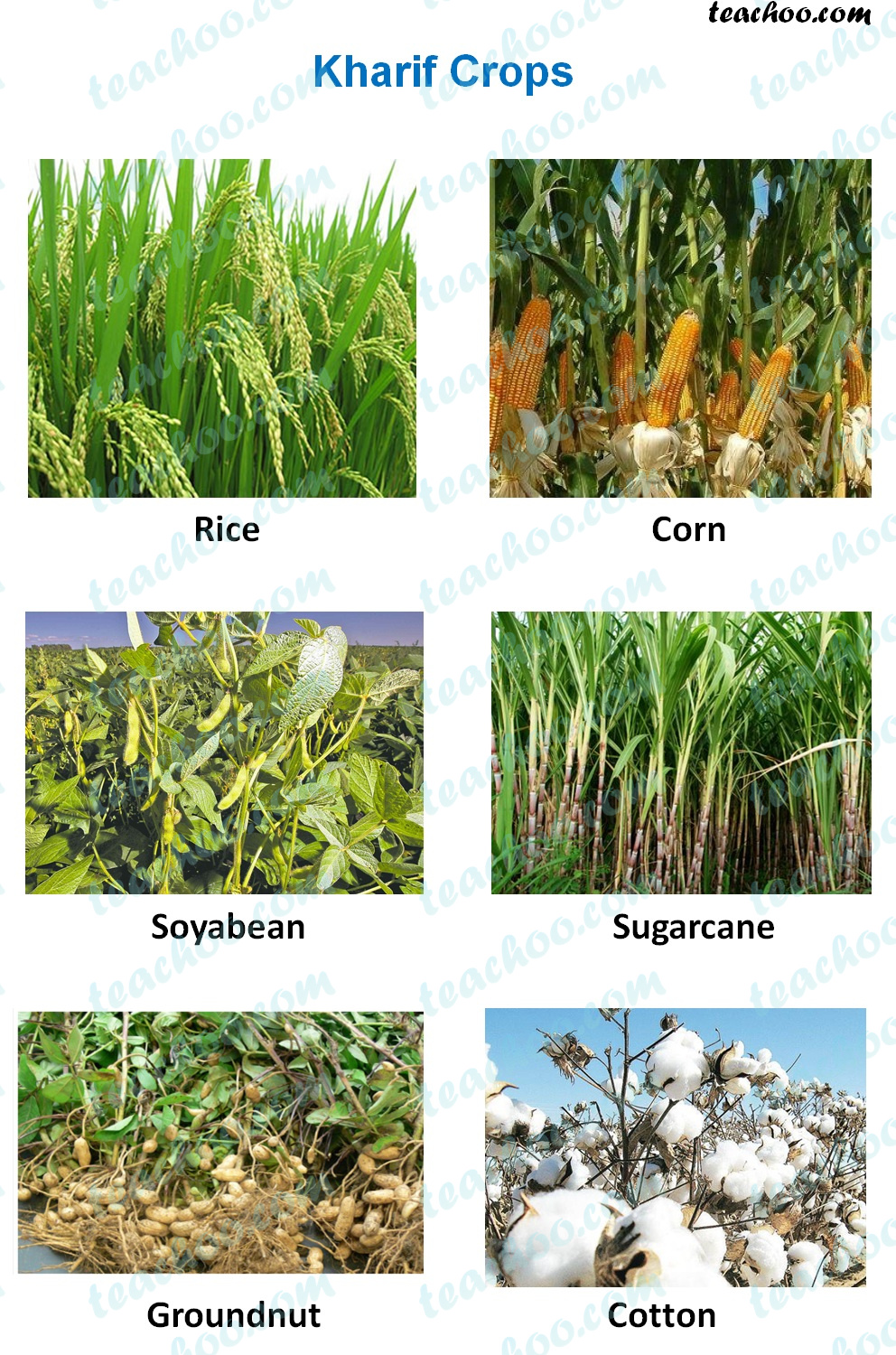 They are sown in Winter Season (October to March)

They are harvested by March or April 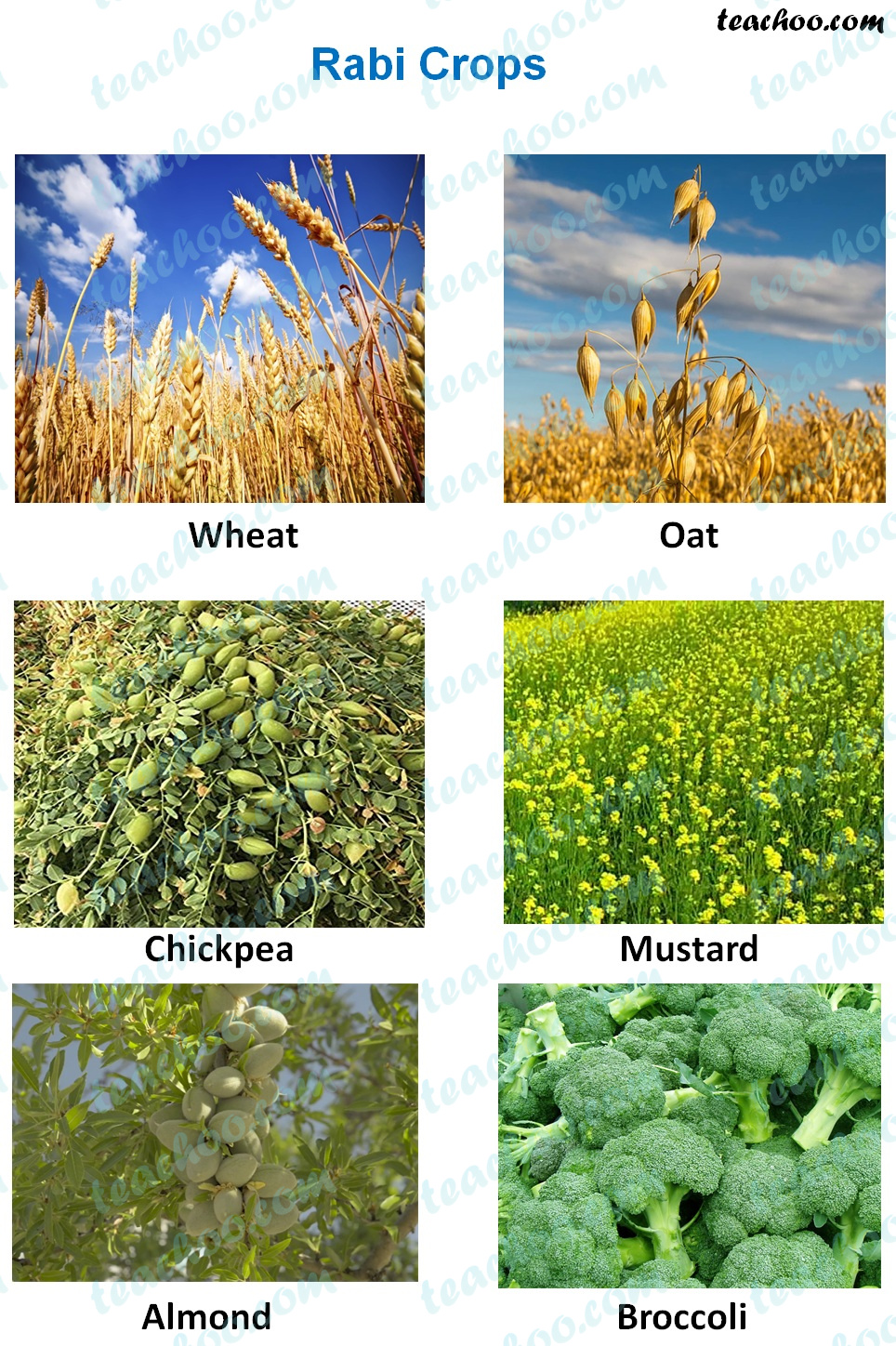 Also, there are some crops which are grown in the summers, i.e. between Rabi and Kharif season - March to June

These are Summer Crops, or also called as Zaid Crops 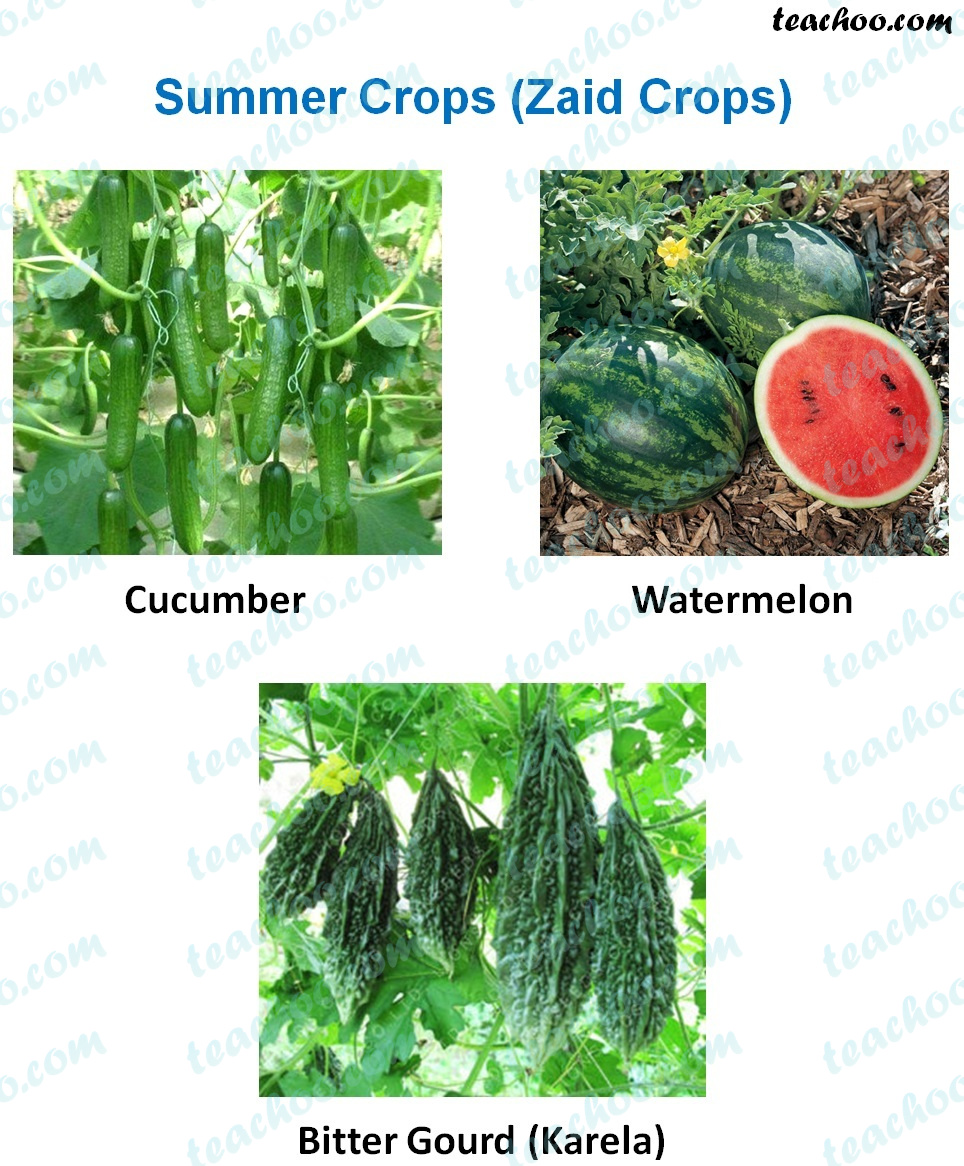 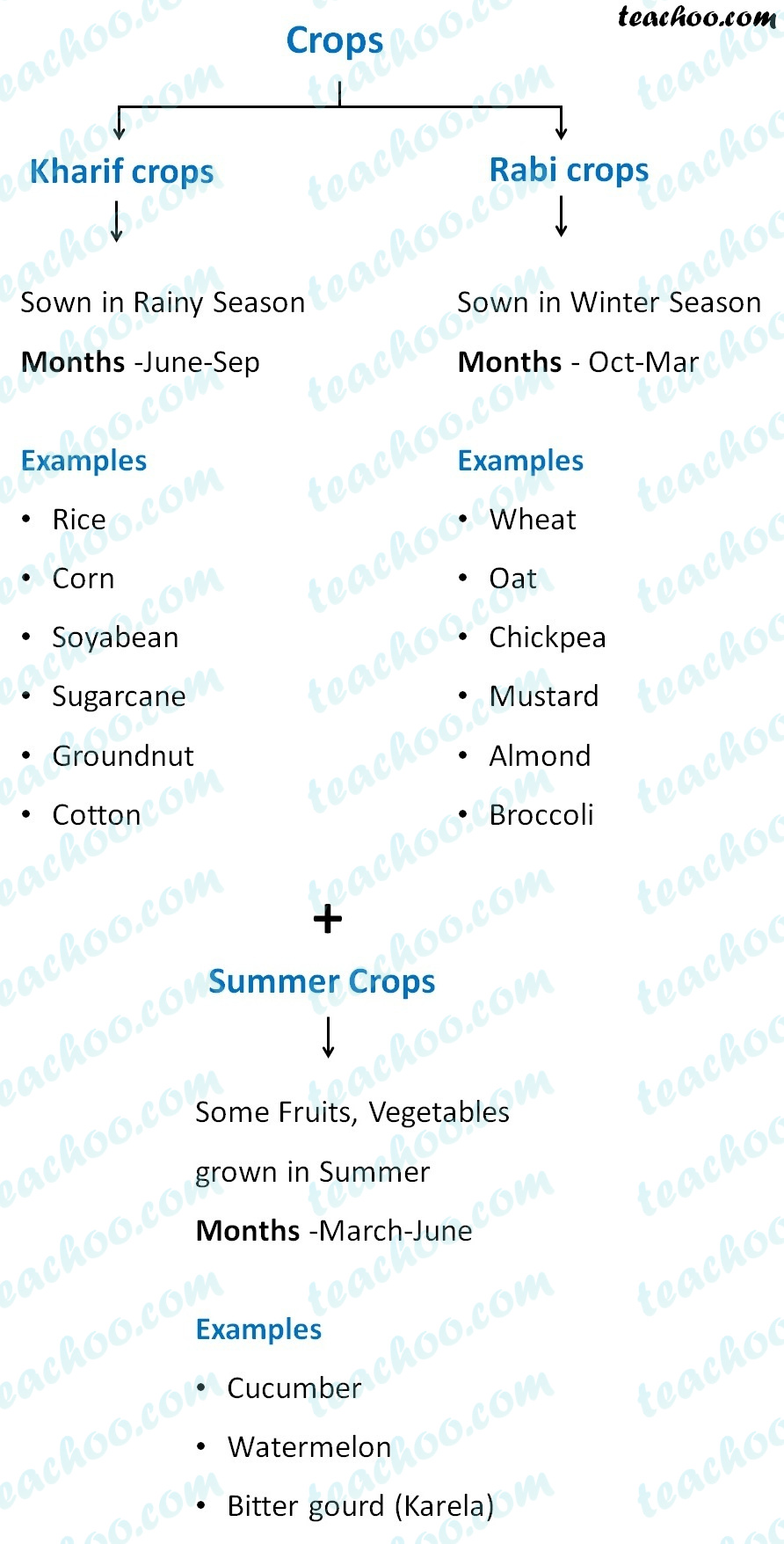 NCERT Question 3 (a) - Give two examples of each.
Kharif crop

NCERT Question 3 (b) - Give two examples of each.
Rabi crop
View Answer

NCERT Question 7 - If wheat is sown in the kharif season, what would happen? Discuss.
View Answer

NCERT Question 11 (4) - Complete the following word puzzle with the help of clues given below.

A rabi crop that is also one of the pulses.