What is Object Distance

It is denoted by u

What is Image Distance

It is denoted by v.

What is Focal length

We have already studied that

It is denoted by f

What is lens Formula

This formula denotes relationship between 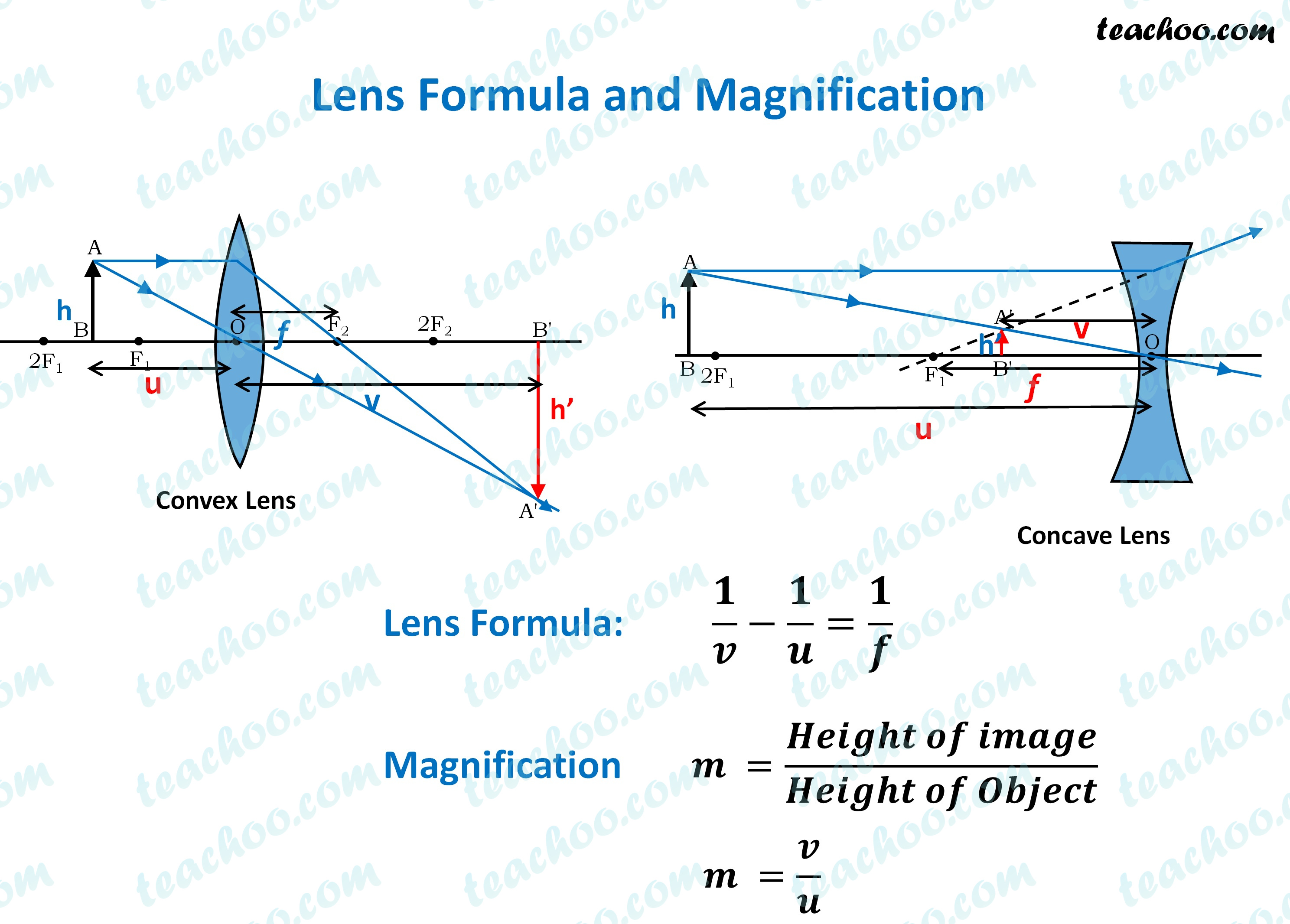 Note : - We follow the sign convention for lenses
In the image, the red text is negative, and blue text is positive

In addition to the mirror formula,

we have the magnification formula

What is the magnification formula?

Suppose Height of object is h

Height of Image is h'

We also have another formula for magnification in lenses

u is object distance

Example 10.3 - A concave lens has focal length of 15 cm. At what distance should the object from the lens be placed so that it forms an image at 10 cm from the lens? Also, find the magnification produced by the lens.

Example 10.4 - A 2.0 cm tall object is placed perpendicular to the principal axis of a convex lens of focal length 10 cm. The distance of the object from the lens is 15 cm. Find the nature, position and size of the image. Also find its magnification.

NCERT Question 9 - One-half of a convex lens is covered with a black paper. Will this lens produce a complete image of the object? Verify your answer experimentally. Explain your observations.

NCERT Question 10 - An object 5 cm in length is held 25 cm away from a converging lens of focal length 10 cm. Draw the ray diagram and find the position, size and the nature of the image formed

NCERT Question 11 - A concave lens of focal length 15 cm forms an image 10 cm from the lens. How far is the object placed from the lens? Draw the ray diagram.