For a Convex Mirror,

So, there will only be 2 cases.

Case 1 - Object is Placed at infinity 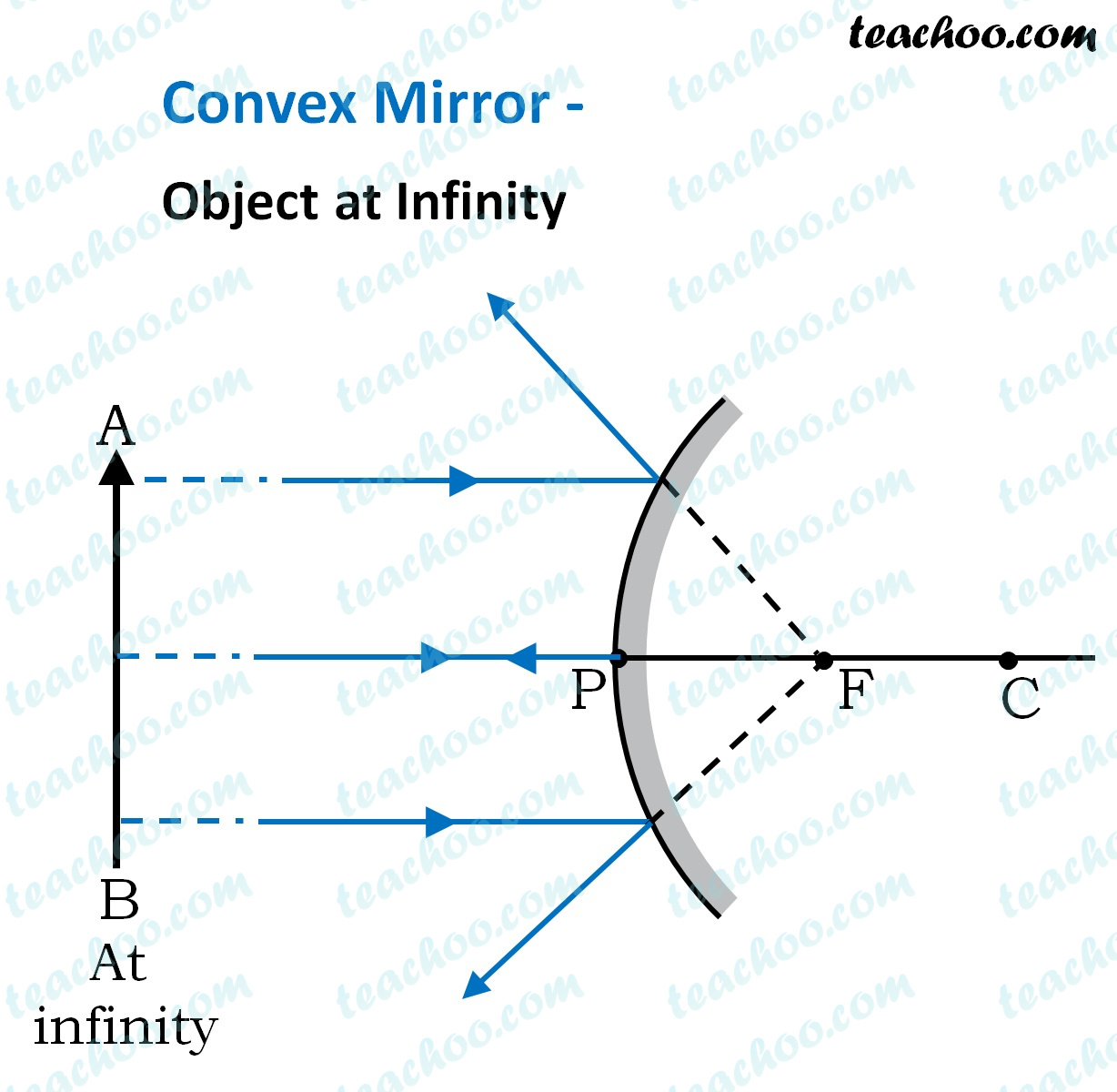 In this Case, Object AB is kept far away from mirror (almost at infinite distance)

So, we draw rays parallel to principal axis

All rays appear to meet at focus after reflection

Hence, Image is formed at Focus

And it is on the other side of the mirror. So, Image is virtual

And it is very very small

Case 2 - Object is between Infinity and Pole (P) 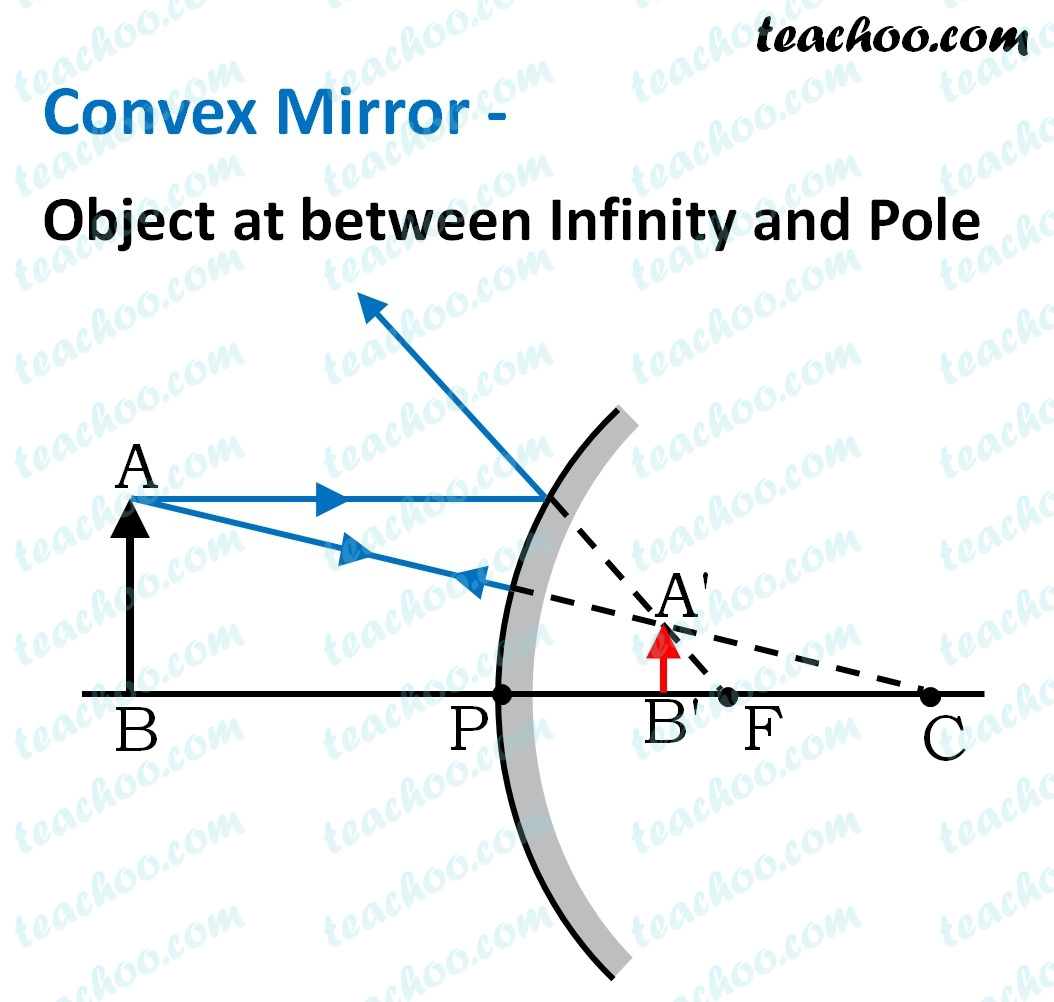 First, we draw a ray parallel to principal axis

So, it appears to pass through focus after reflection

We draw another ray which passes through Center of Curvature

So, the ray will go back along the same path after reflection


Where both reflected rays meet is point A'

And the image formed is A'B'

This image is formed between Pole (P) and Focus (F)

NCERT Question 3 - Where should an object be placed in front of a convex lens to get a real image of the size of the object?

(a) At the principal focus of the lens

(b) At twice the focal length

(d) Between the optical centre of the lens and its principal focus.

NCERT Question 5 - No matter how far you stand from a mirror, your image appears erect. The mirror is likely to be

(d) either plane or convex