Refraction through a Rectangular Glass Slab

Before looking at Refraction through a Glass slab

We look at what happens when

Rarer and Denser medium we will study in Refractive Index

Refraction when Light Travels from Rarer Medium towards Denser Medium

It does not move in straight Direction

It bends towards the Normal 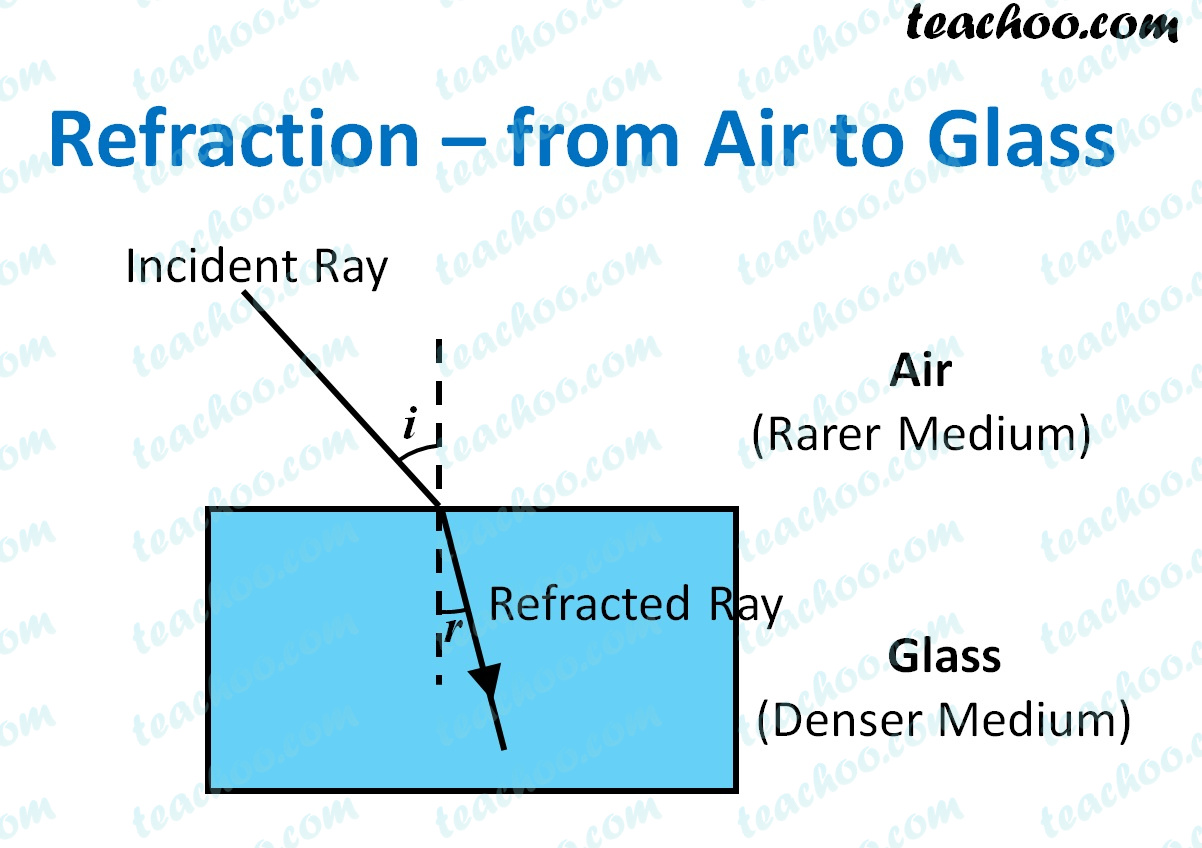 Refraction when Light Travels from Denser Medium towards Rarer Medium

it does not move in straight Direction

It bends away from Normal 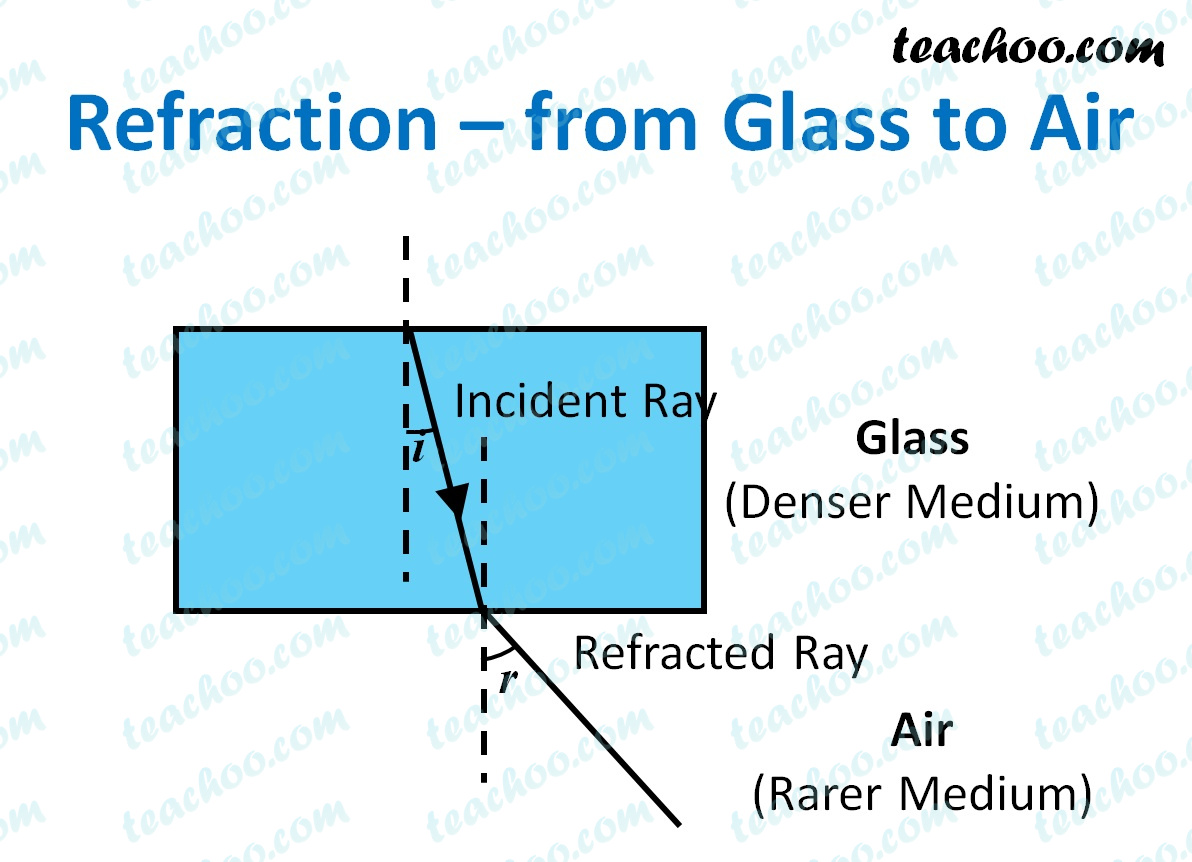 Refraction through a Glass Slab

In this case, Light First Travels from Air to Glass and then Back from Glass to Air

Hence there are 2 refractions

First, the ray of light travels from air to glass.

Hence , it travels from a rarer medium to a denser medium.

So, the First Refracted Ray bends towards Normal

After travelling in the glass slab

The ray of light travels from glass to air

Hence, it travels from a denser medium to a rarer medium.

Combining the two refractions in the above case, the refraction of light through a glass slab can be represented as 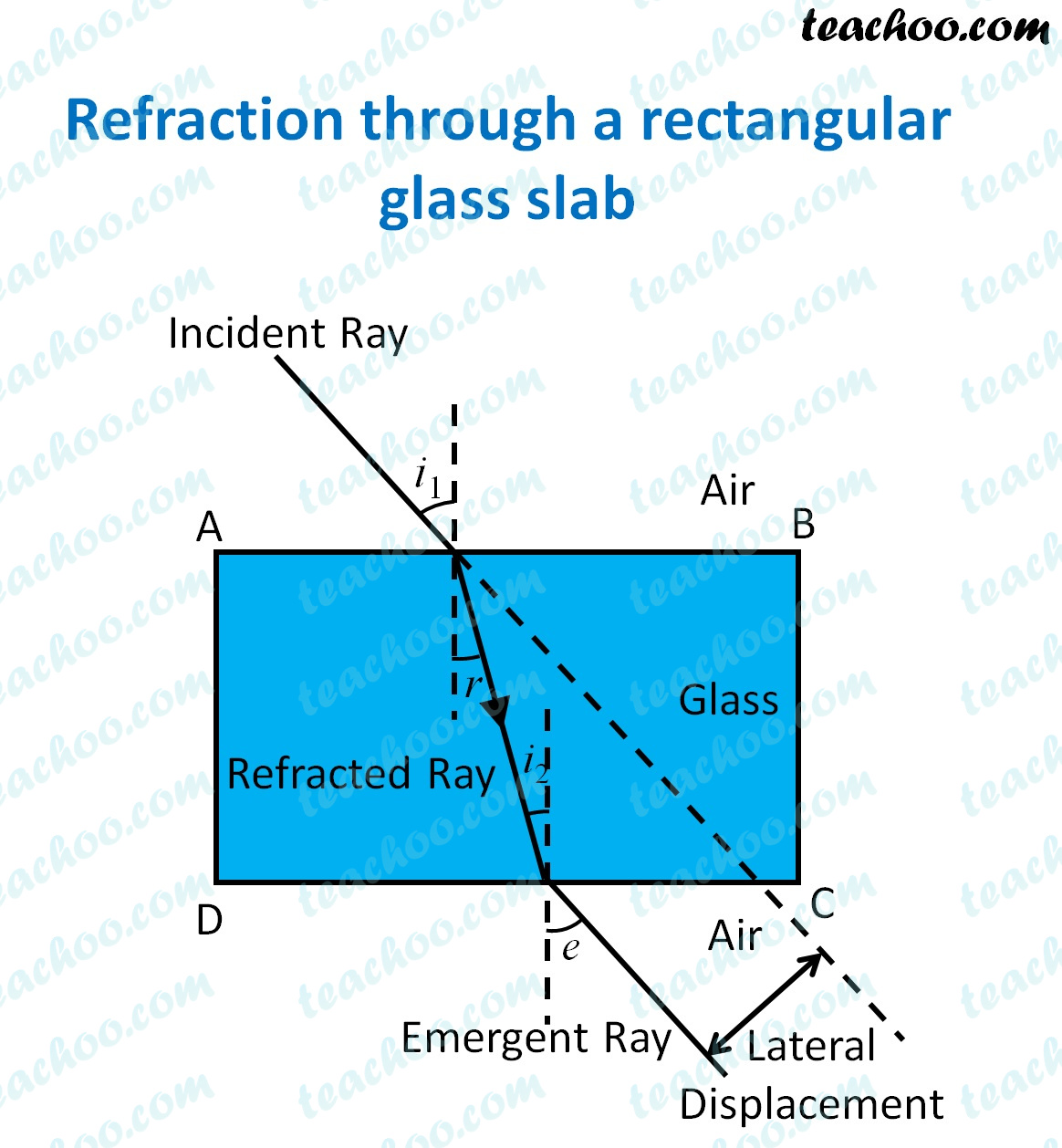 Now, we extend the original incidence ray and bring it towards emergent ray

We observe that, the original incident ray and the emergent ray are parallel to each other.

The angle made by the emergent ray with the normal is called the angle of emergence.

Why does a light ray incident on a rectangular glass slab emerges parallel to itself?

The ray of light emerges parallel to itself because

is equal and opposite to

So, the ray of light emerges parallel to itself