Following figure illustrates the ray diagram for  the formation of images by a concave mirror. The  position of the object is beyond the centre of  curvature of the concave mirror. On the basis of the given diagram, answer any four questions from (a)  to (e). 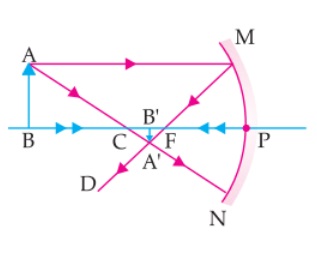 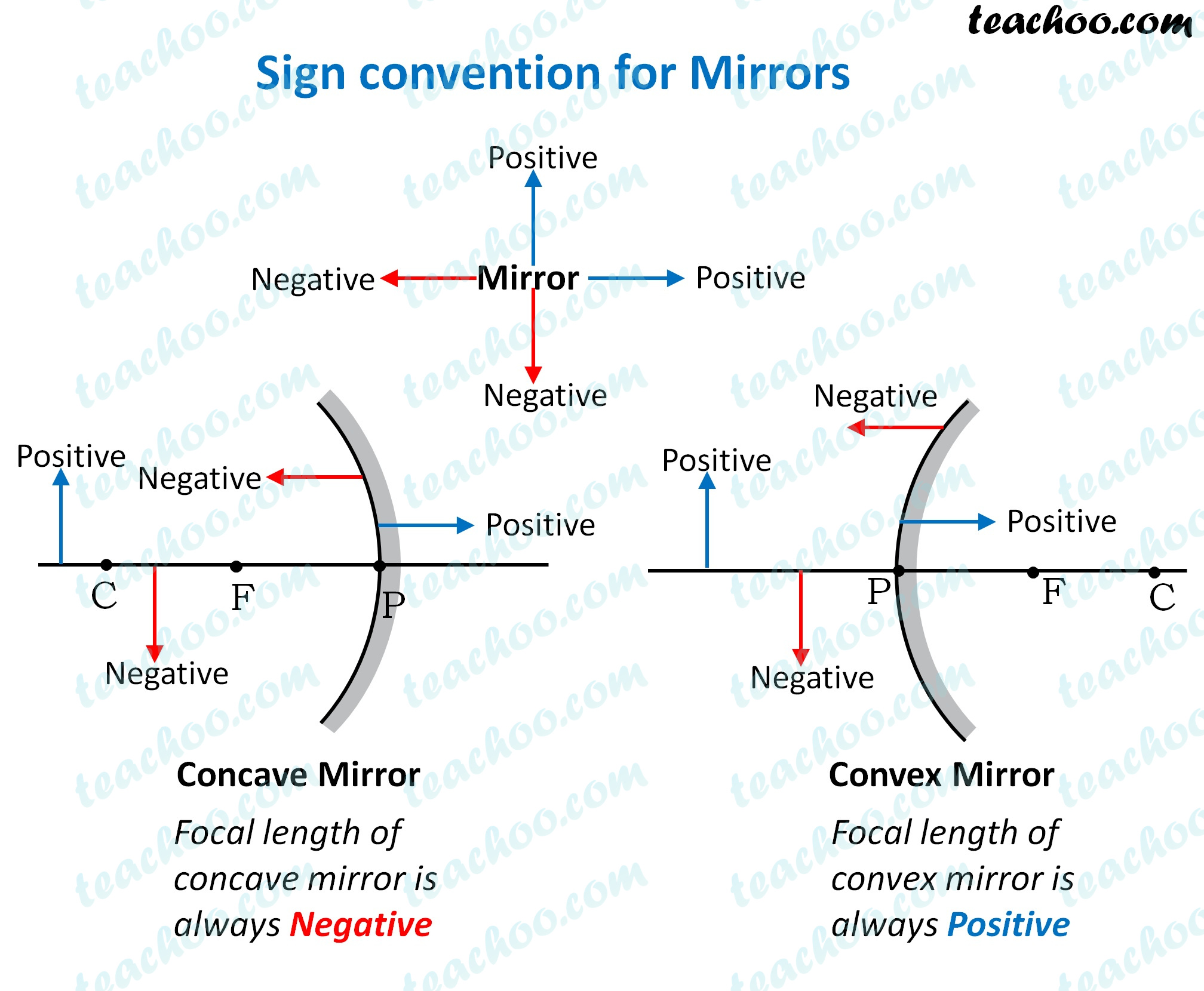 So, the correct answer is (iii) - negative, positive 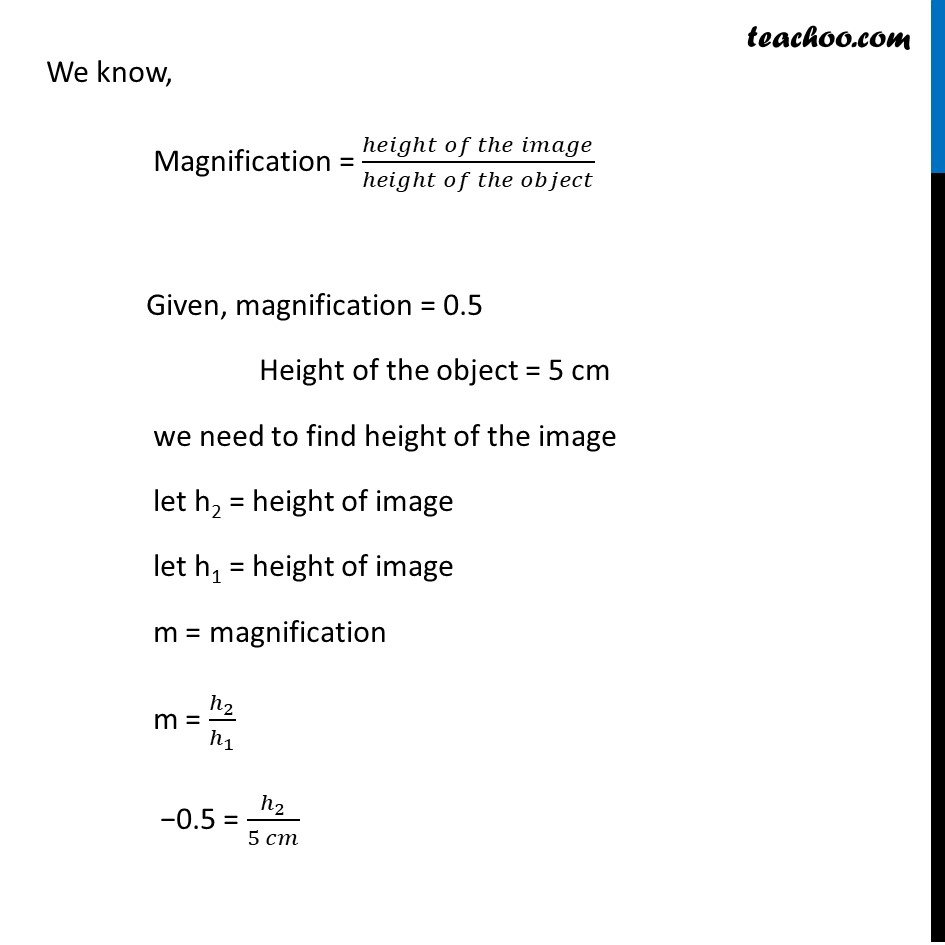 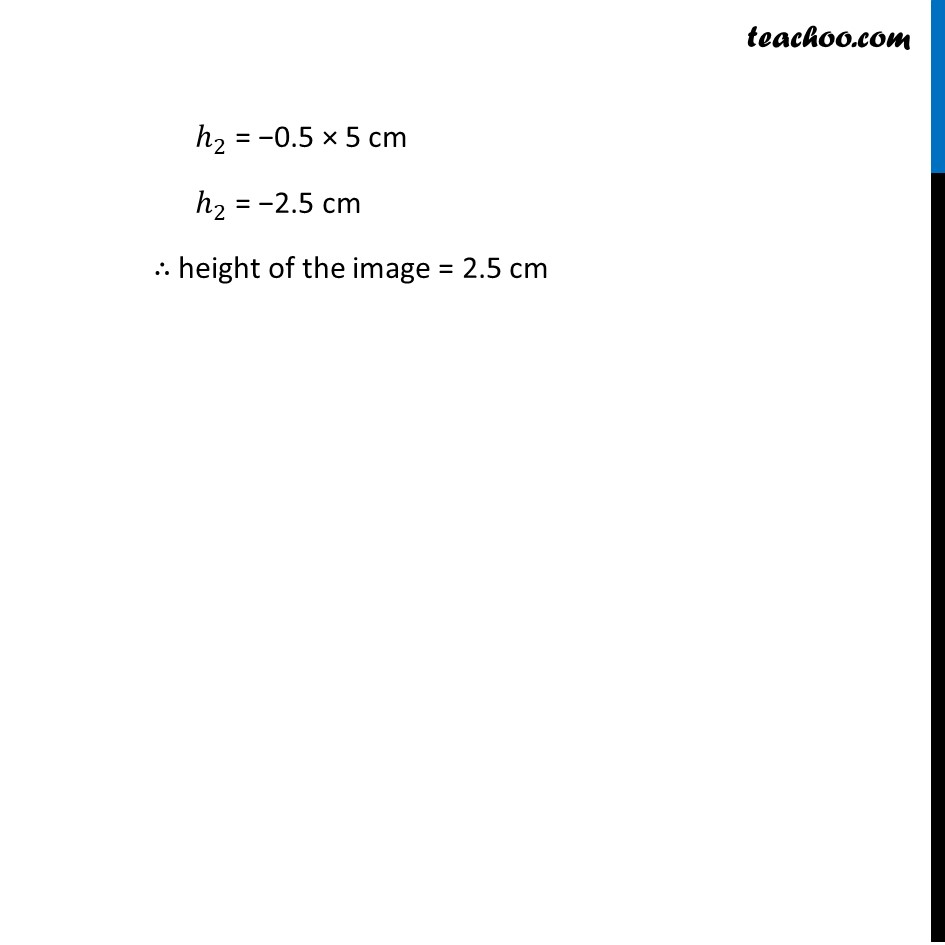 (i) Real and inverted 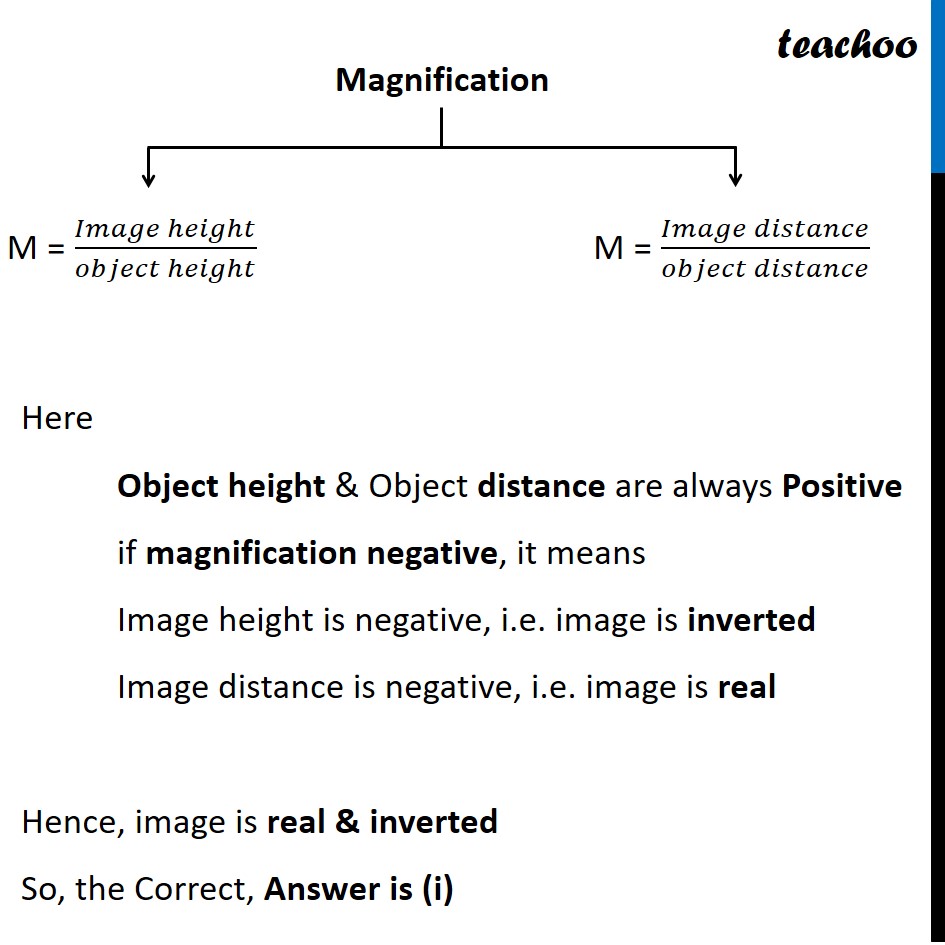 So, the correct answer is (i) Real and inverted

(e) An image formed by concave mirror is virtual,  when the object is placed:

(iii) Between C and F

(iv) Between P and F 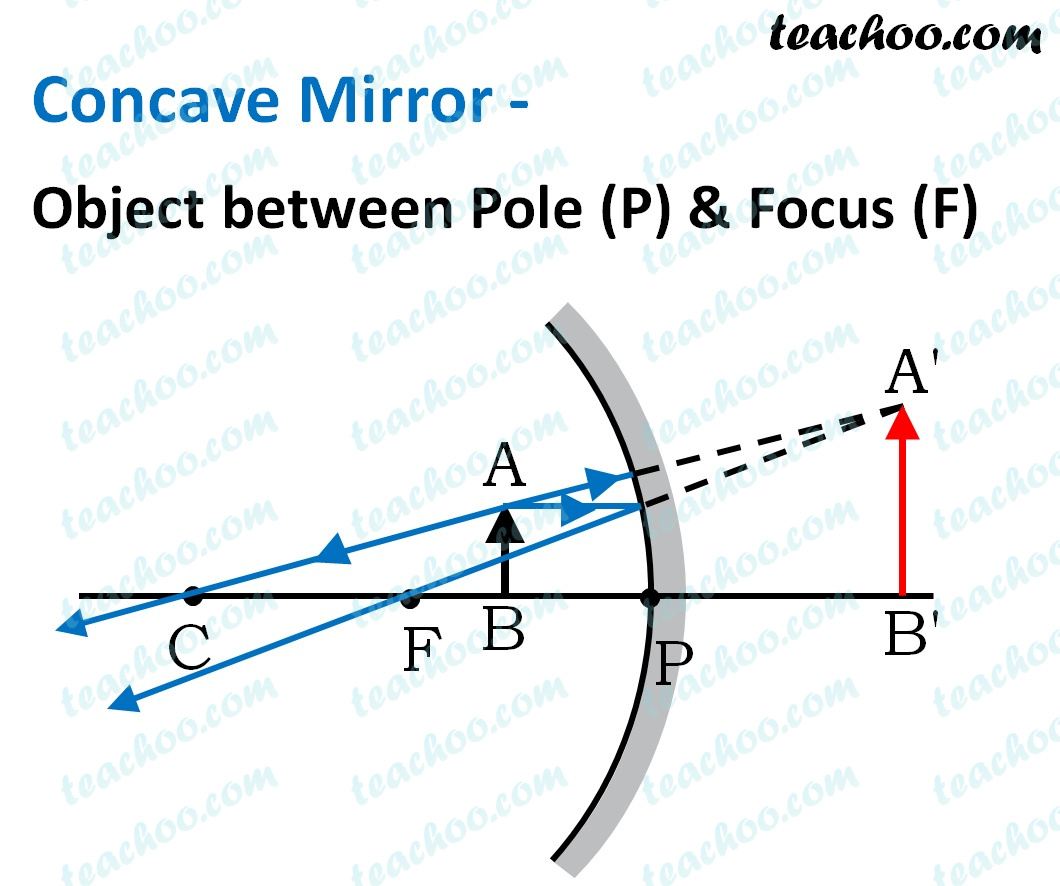 From figure we note that:

So, the correct answer is (iv) = Between P and F