(a) The focal length of the given lens is:

Focal length of a lens = 1/Power

Note: focal length obtained from the power formula is always in metres .

Thus, the focal length of given lens is 20cm .


(b) In which case or cases would you get a magnified  image?

(iv) All the above


Now let us go through the options.

Since magnified image is being formed at all object distances.

Thus, the correct answer is (iv) all the above


(c) Which of the magnified images can we get on a screen?

As explained in question (b), for convex lens

(d) The power of a lens of focal length 1 metre is  called as: 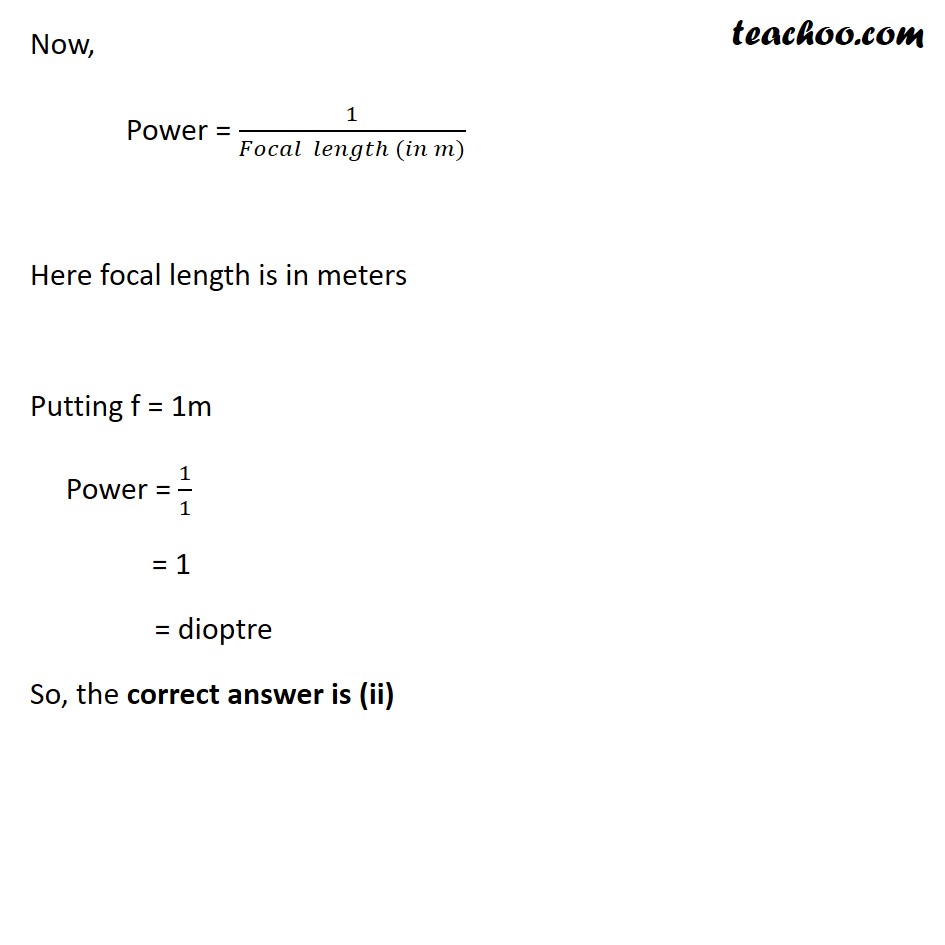 (e) Name the lens/mirror used in film projectors and  telescopes:

Ans. Let us go through our options: