Uses of Concave and Convex Mirrors

We saw that, image formed by convex mirrors is

So, we see that Convex Mirrors always give diminished and erect image 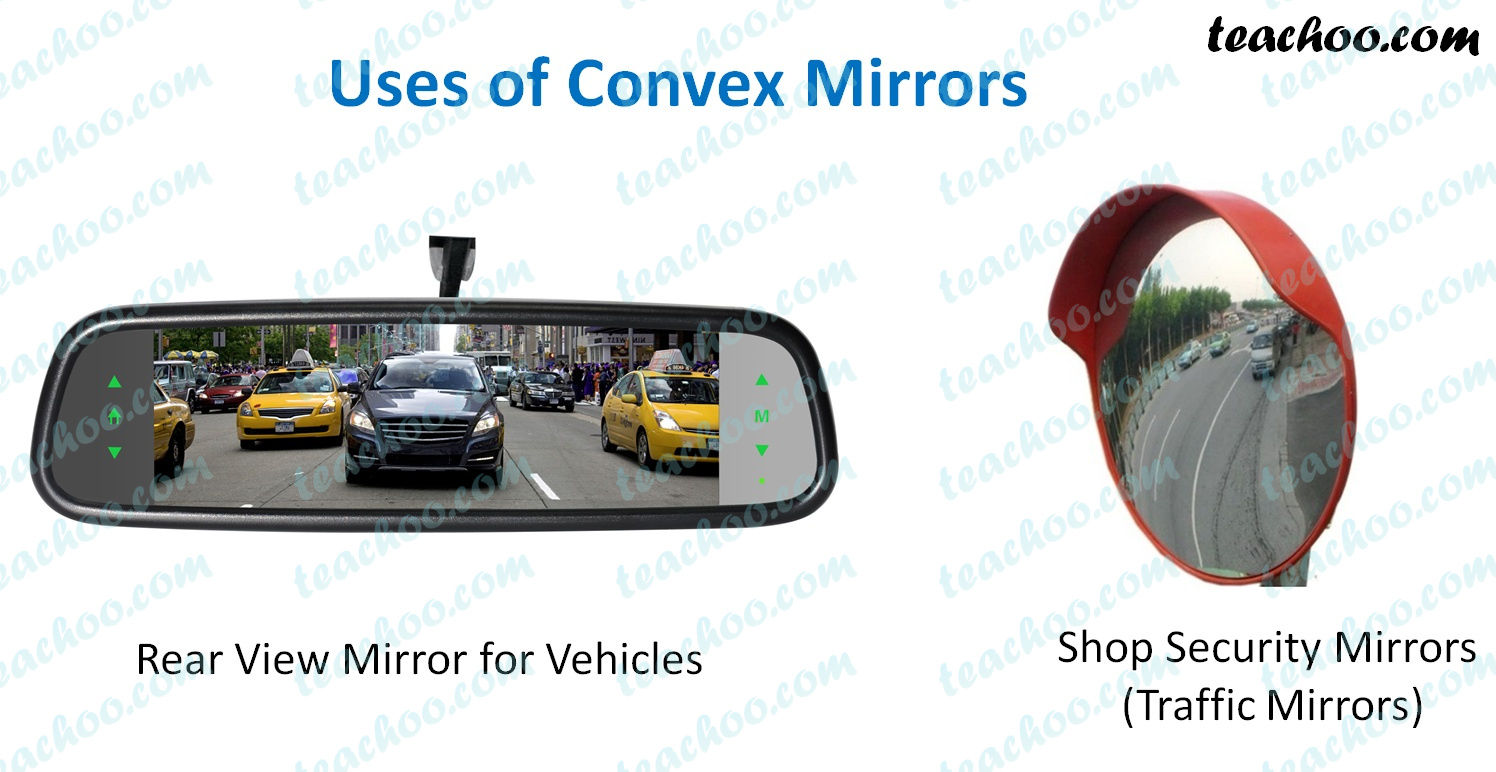 These mirrors are used as

They are used by drivers to see back side while driving

A convex mirror is used as a rear-view mirror because

the image provided by a convex mirror is

Erect - Hence, the image produced to the driver is not inverted, it’s right side is up.

Diminished - Hence, the image produced is much smaller than the actual size of the object. This helps in providing a wider field of view.

Shopkeepers install convex mirrors at different places on their shop

This help them keep track of thieves and shoplifters

Since these mirrors give wide field of view, a large portion of shop can be seen with the help of a single mirror

Use of Concave Mirrors

We saw that, image formed by concave mirrors is

So, we see that Concave mirror gives

Now, using these results, we see the uses of Concave Mirrors

It is because when they are kept near the face, the face is within the focus of concave mirror

Used by Dentist to see larger image of teeth

It is because when they are kept near the patient's teeth, the face is within the focus of concave mirror

Light bulb is placed at focus

This produces powerful parallel beam of light. This can be seen at large distance

They have concave reflector

They concentrate sunlight and reflect it

Question 4 Page 168 - Why do we prefer a convex mirror as a rear-view mirror in vehicles?

NCERT Question 8 - Name the type of mirror used in the following situations.

(a) Headlights of a car.

(b) Side/rear-view mirror of a vehicle.

Support your answer with reason.