What we will Study in this Chapter What is Rural Development? Credit and Marketing in Rural Areas Agriculture Marketing System in India before and After Independence Animal Husbandry You are here OPERATION FLOOD-MILK REVOLUTION Fish Production in India Horticulture How can IT revolutionize agriculture? What is Organic Farming?
Chapter 7 IED Employment: Growth Informalisation Other Issues →
Class 12 NCERT
Indian Economic Development

It is a type of farming which involves both

This type of livestock is most common in India

Here Farmers grow crops in farmlands as well as keep livestock like cows,buffaloes at their homes

They earn income from both sources - Crops and livestock 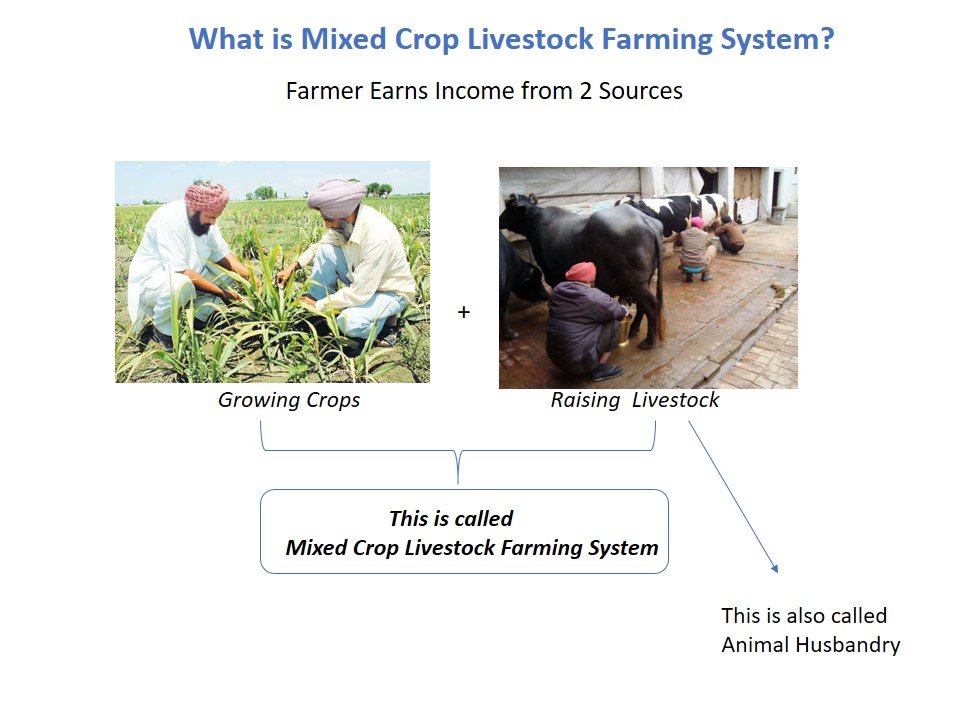 What is Animal Husbandry?

Animal Husbandry is a branch of agriculture which is concerned with feeding,shelter,health and breeding of Domestic Animals

These animals are raised for meat, milk, eggs for other products

It Includes the following:

Proper Shelter of Animals (Giving Them Place to Live) 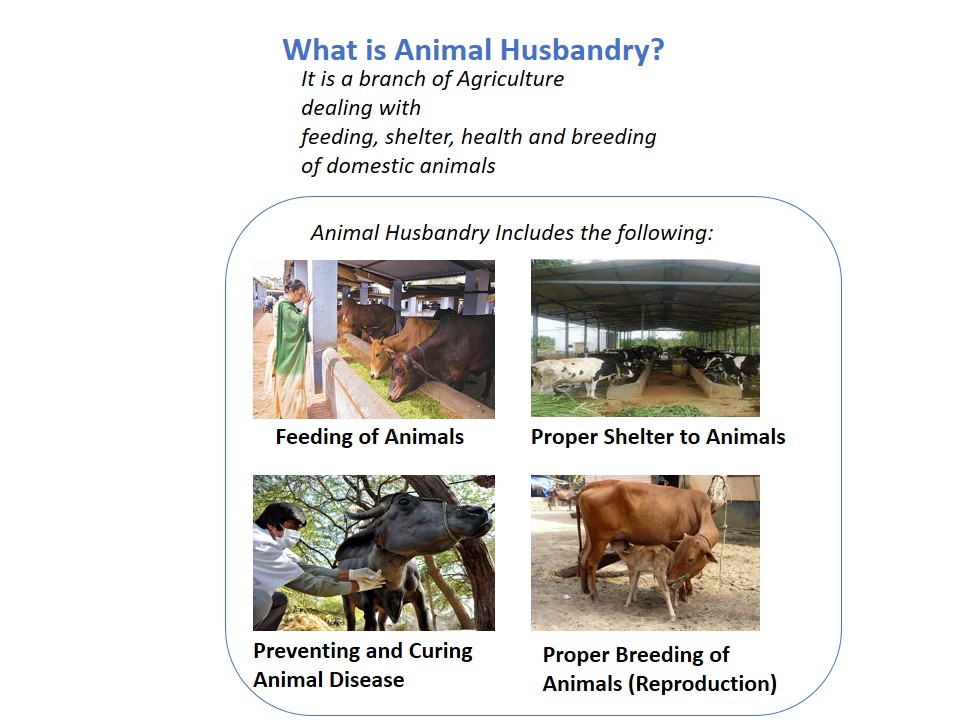 What is Distribution of Iivestock in India? 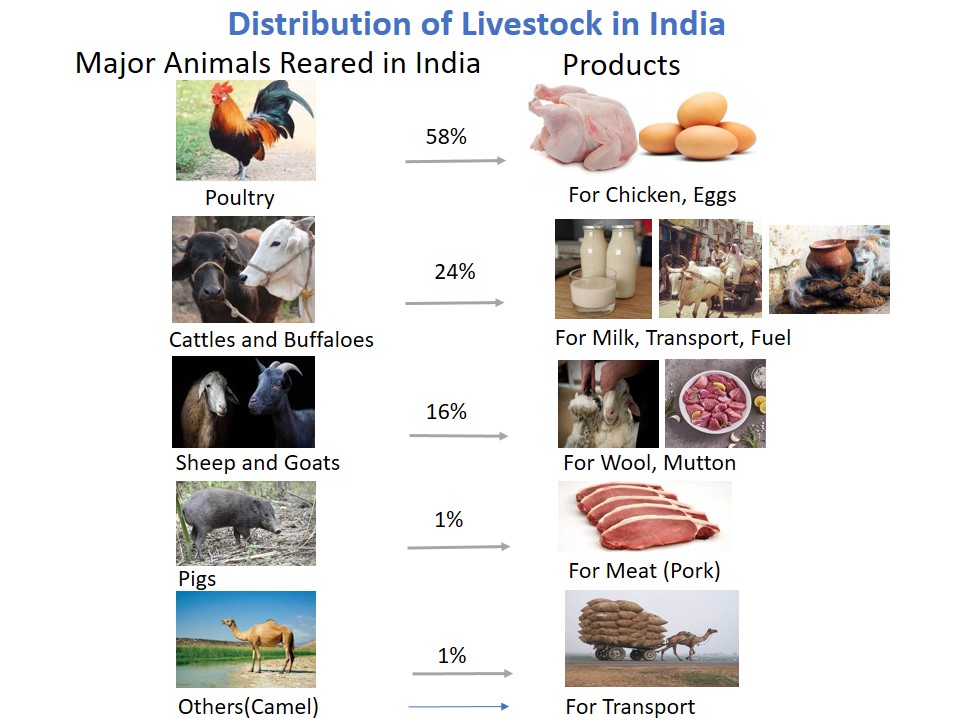 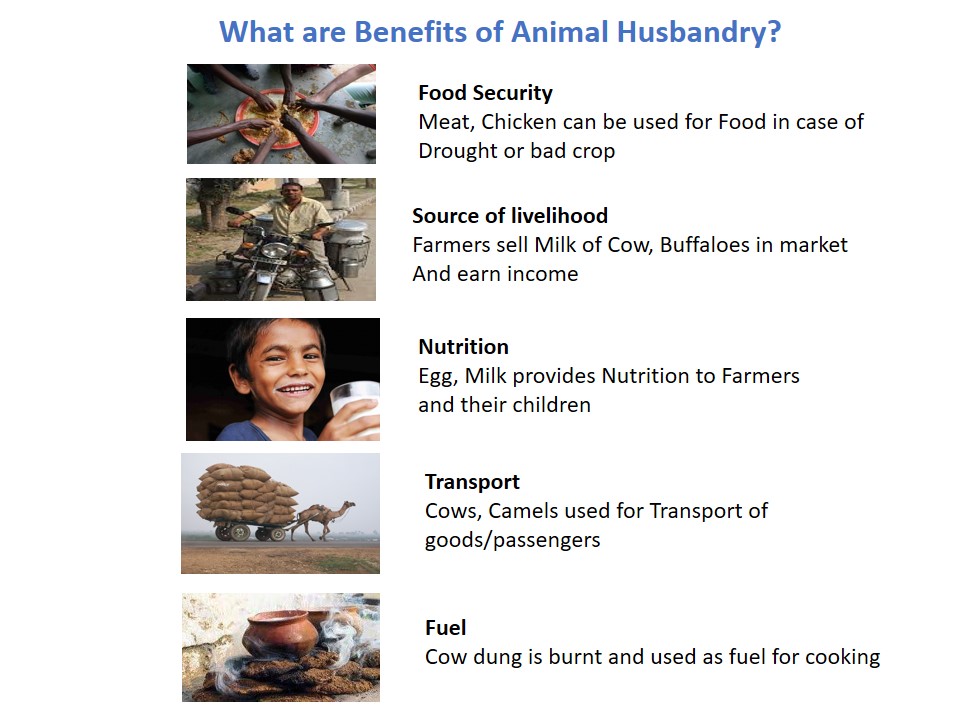 What is Operation Flood?

It is also called Milk Revolution

This system was initially started in Gujarat

Now it is followed by many states like UP, MP, AP, Punjab and Rajasthan

Due to this Operation Flood, Milk Production has increased 10 times between 1951-2016

What is Mixed Crop Livestock Farming System? Farmer Earns Income from 2 Sources Growing Crops Raising Livestock This is called Mixed Crop Livestock Farming System This is also called Animal Husbandry What is Animal Husbandry? It is a branch of Agriculture dealing with feeding, shelter, health and breeding of domestic animals Animal Husbandry Includes the following: Feeding of Animals Proper Shelter to Animals Preventing and Curing Animal Disease Proper Breeding of Animals (Reproduction) Distribution of Livestock in India Major Animals Reared in India Poultry Cattles and Buffaloes Sheep and Goats Pigs Others(Camel) For Chicken, Eggs For Milk, Transport, Fuel For Wool, Mutton For Meat (Pork) For Transport What are Benefits of Animal Husbandry? Food Security Meat, Chicken can be used for Food in case of Drought or bad crop Source of livelihood Farmers sell Milk of Cow, Buffaloes in market And earn income Nutrition Egg, Milk provides Nutrition to Farmers and their children Transport Cows, Camels used for Transport of goods/passengers Fuel Cow dung is burnt and used as fuel for cooking