Show Particles of Matter attract each other

Particles of matter are attracted to each other by varying strengths. 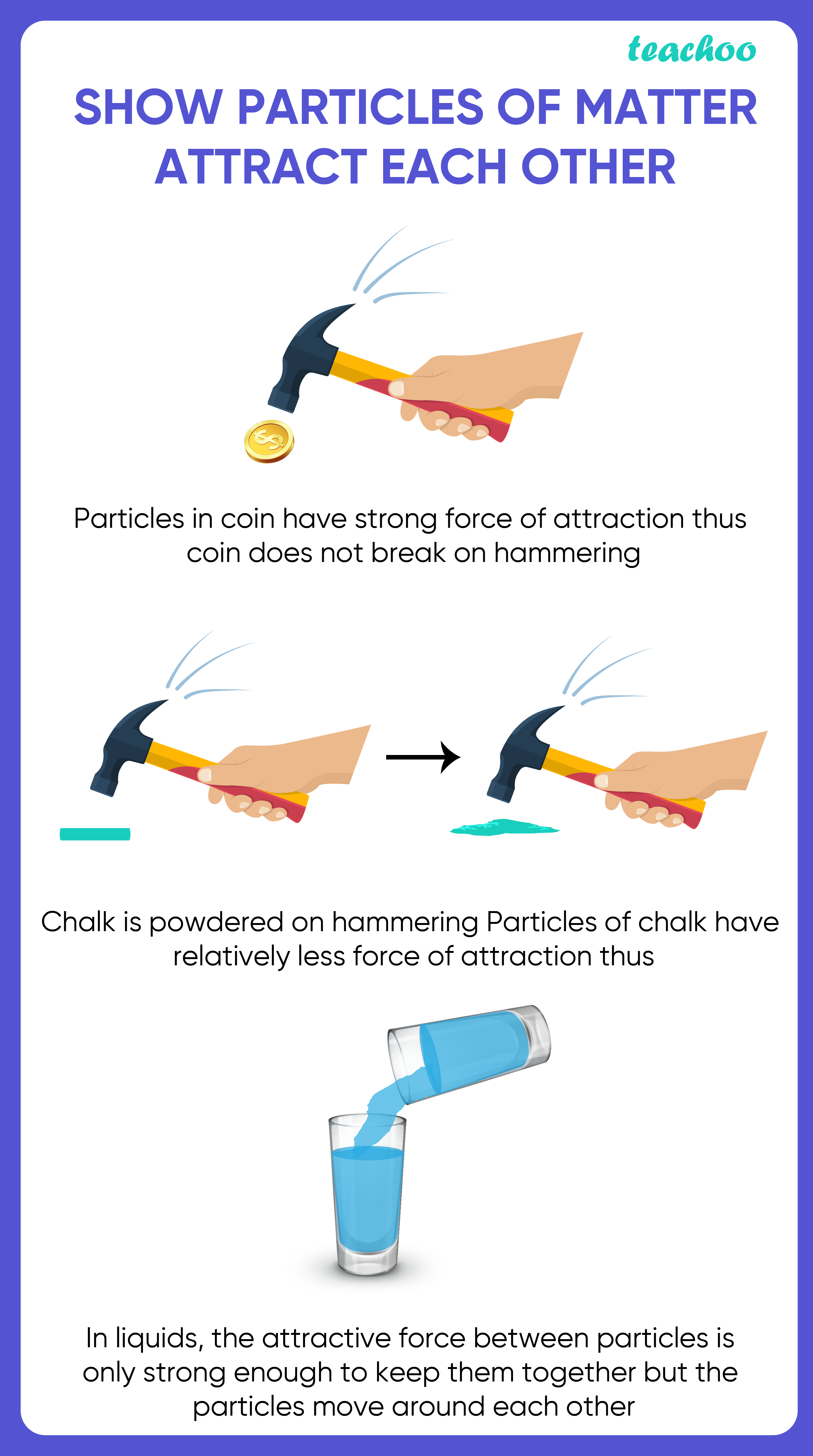