Hydroelectricity is a Non-Conventional source of energy 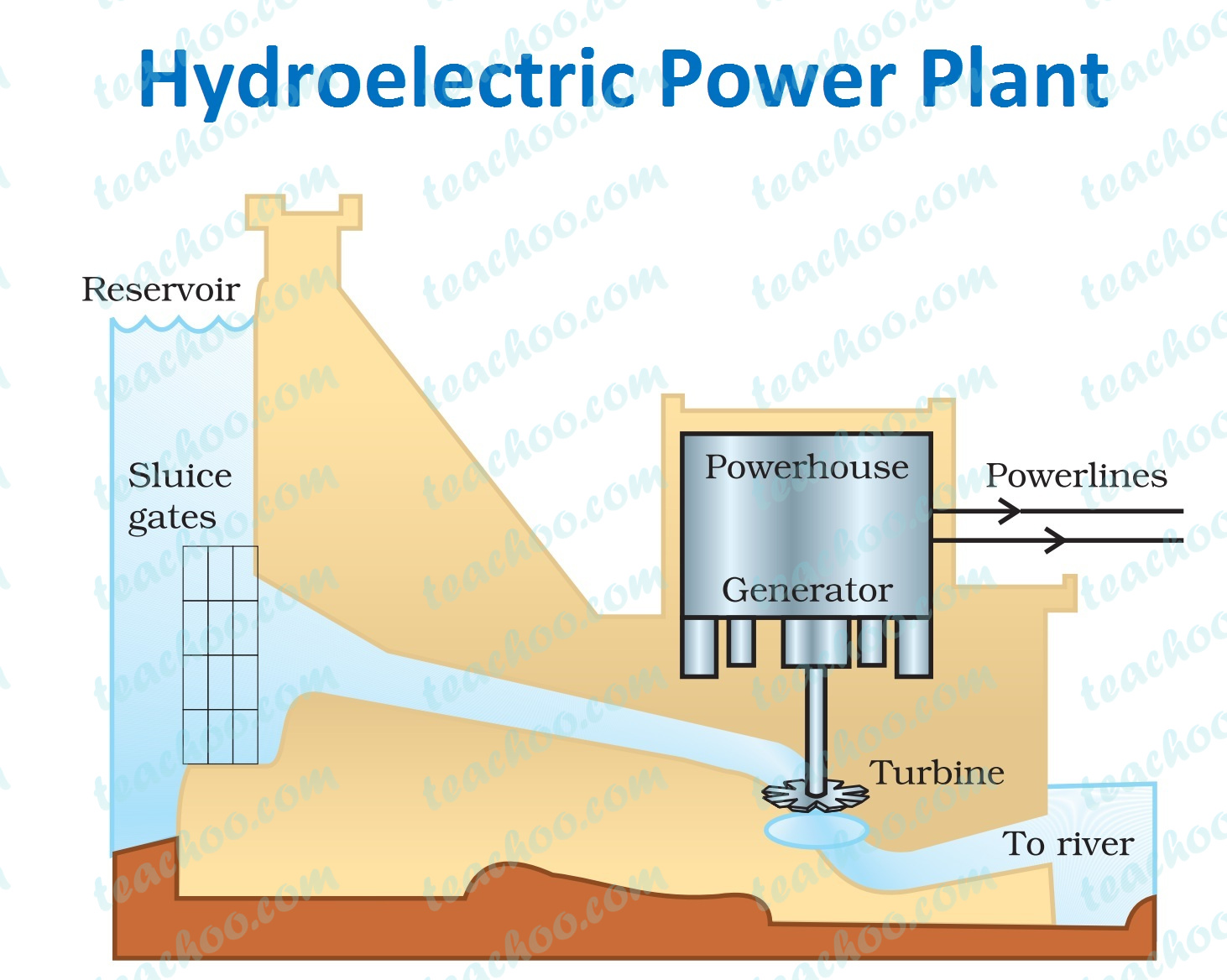 Hydroelectric Power Plants are used where Water is at a height

In Hydroelectric Power Plant, Potential Energy of the Water at a height is converted into Mechanical Energy by Rotating the Turbines

This Mechanical energy is further converted into Electrical Energy

To put the water at a height, we use Dams.

Dams are formed in rivers to stop their flow, and keep it at a height.