Our energy requirements are increasing as our standard of living is increasing.

In order to fulfill our energy requirements, we are trying to improve the efficiency of existing sources or energy,

as well as trying to exploit new sources of energy.

These new Energy sources are called Non-Conventional Sources of Energy.

Factors to consider while choosing an Energy source

When we consider an energy source, we should consider

Examples of Non-Conventional Sources of Energy

Some examples of Non-Conventional Sources of Energy are

Let’s look at them one-by-one

Solar energy is the energy generated from the Sun’s radiation.

So, Solar Energy is a renewable source of Energy

The earliest uses of Solar Energy was Solar Cooker 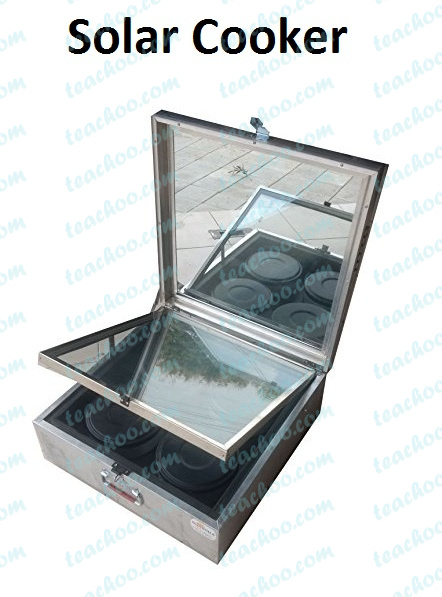 Solar Cooker is a box which is painted black

It is painted black so as to absorb heat.

It has a glass sheet at the top

And there is an outer layer which consists of a mirror

When in use, a bowl of rice is kept inside the glass sheet.

The mirror reflects the sun’s rays on the bowl

And due to black paint inside, the cooker absorbs heat.

And since there is a glass sheet above, the heat doesn’t escape (due to greenhouse effect)

So, suns rays are converted into heat in the Solar Cooker

Let’s look at how we use Solar Energy

Solar Cells is a device which converts solar energy into electricity

Solar Cells develop a voltage of 0.5-1 V and produce 0.7 W of electricity.

Since single solar cell produces a small amount of electricity, we combine them.

The Chinnaswamy Cricket Stadium in Bangalore, India is powered by Solar Energy 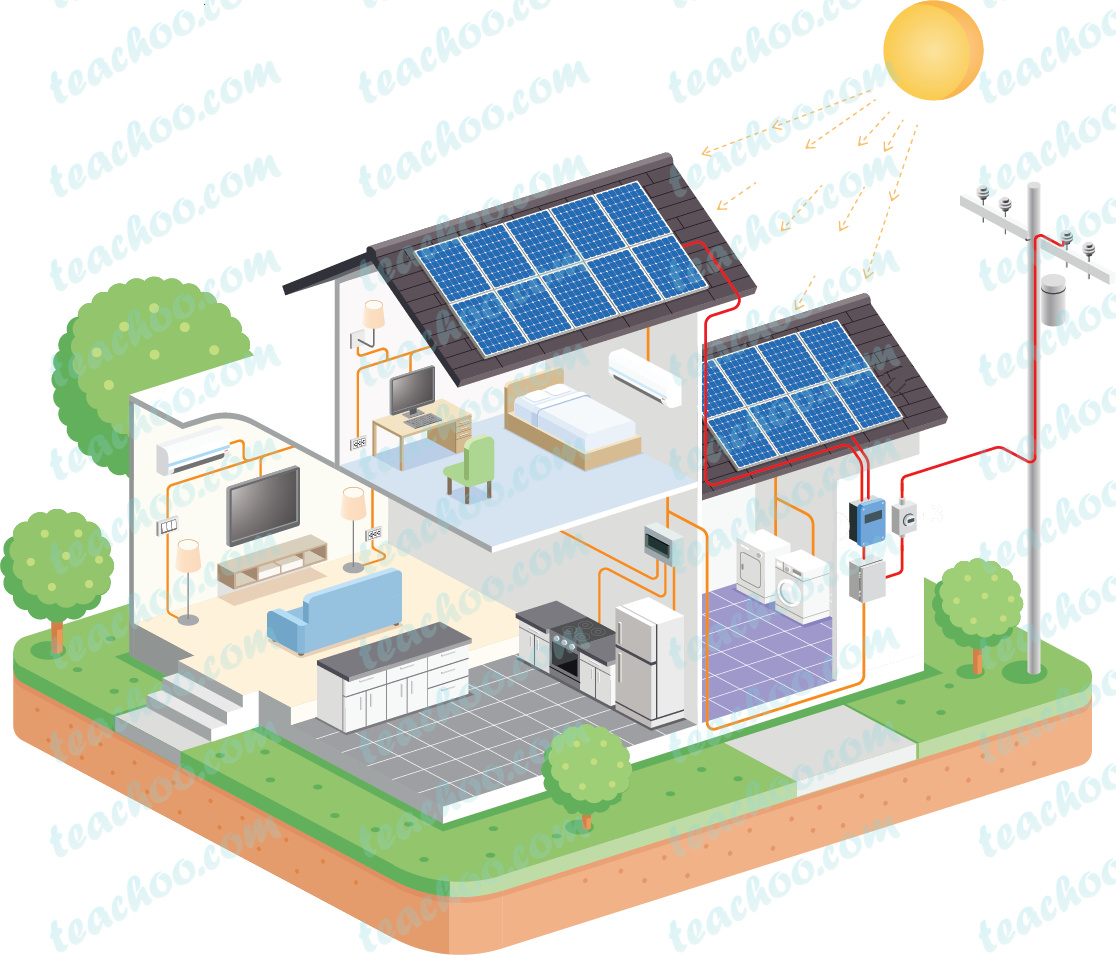