Water at the surface of the sea is hot

whereas water in the deeper sections is cold.

This difference in temperature is used to transform energy in Ocean Thermal Energy Plants.

In an Ocean Thermal Energy plant, 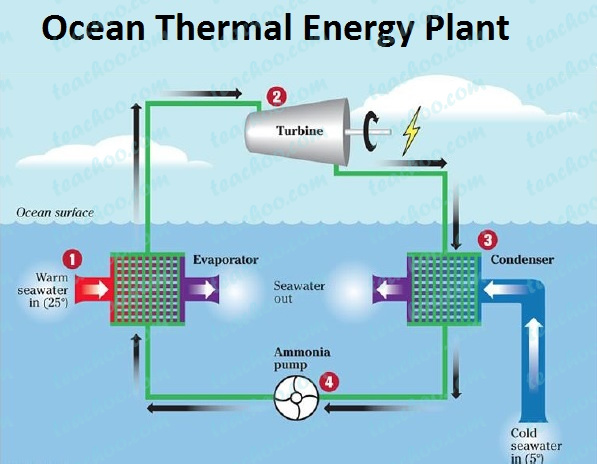