Sulfur, like carbon, has catenation tendencies, that means, that it tends to link to itself

Thus, it combines with itself to form the S 8 molecule in the shape of a ring .

Let’s look at how that happens

The sulfur molecule (S 8 ) has the structure given below: 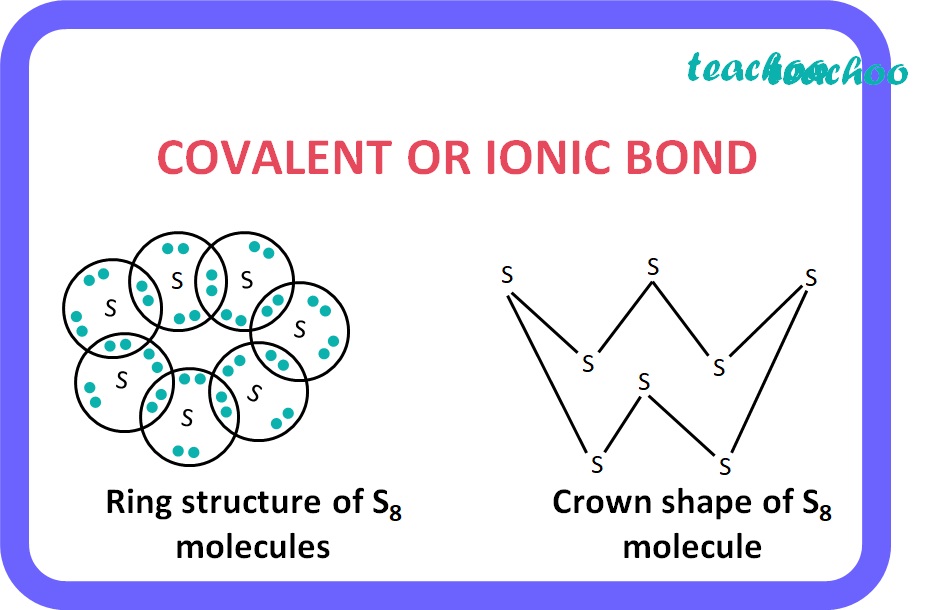