Ever since humans appeared on the earth, they have used different means of communication. But, the pace of change, has been rapid in modern times. Long distance communication is far easier without physical movement of the communicator or receiver. Personal communication and mass communication including television, radio, press, films, etc. are the major means of communication in the country. The Indian postal network is the largest in the world. It handles parcels as well as personal written communications. Cards and envelopes are considered first-class mail and are airlifted between stations covering both land and air. The second-class mail includes book packets, registered newspapers and periodicals. They are carried by surface mail, covering land and water transport. To facilitate quick delivery of mails in large towns and cities, six mail channels have been introduced recently. They are called Rajdhani Channel, Metro Channel, Green Channel, Business Channel, Bulk Mail Channel and Periodical Channel.

12.1 Examine the role of the Indian postal network.

The Indian postal network plays a vital role in our communication network. 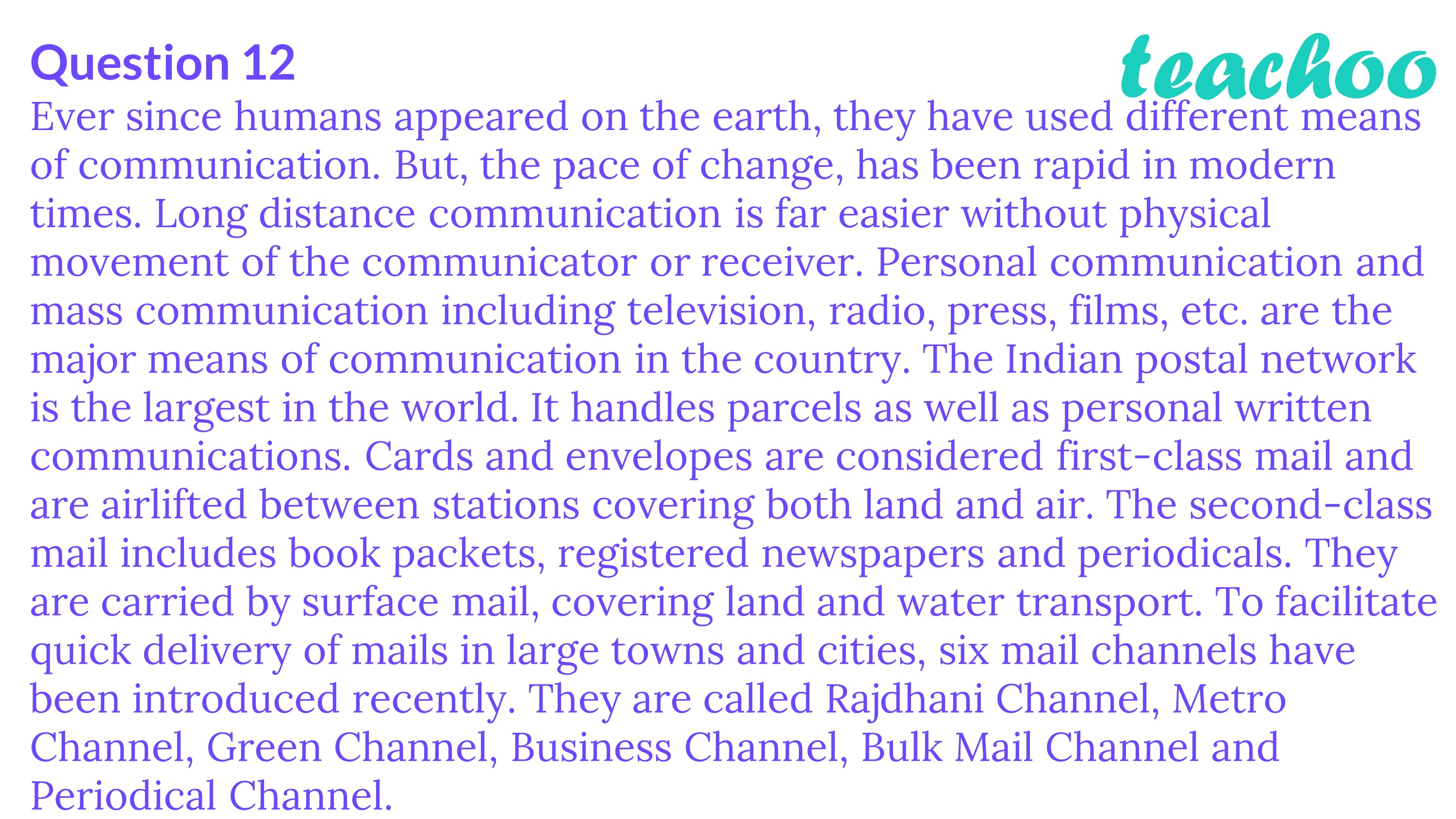 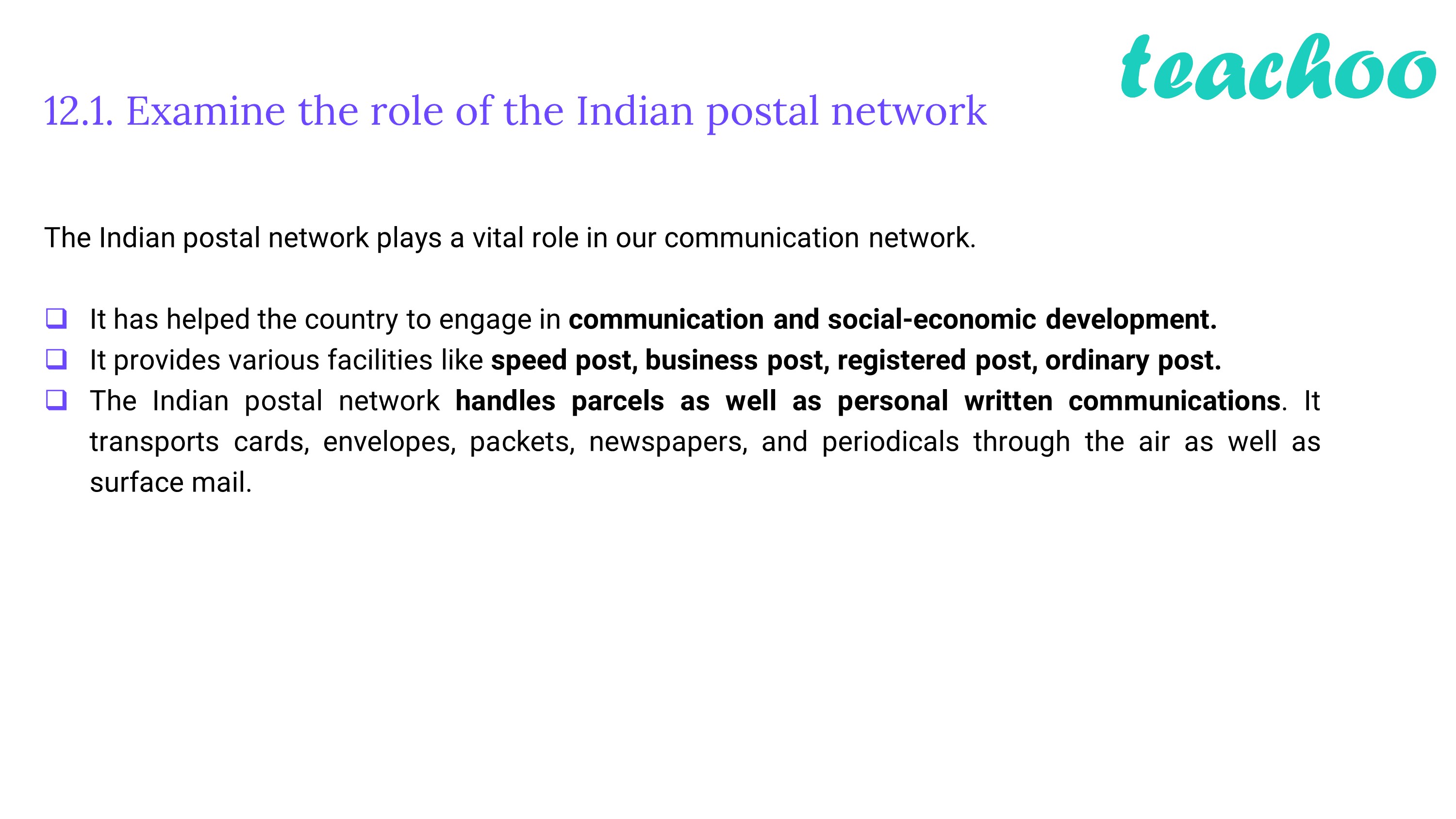 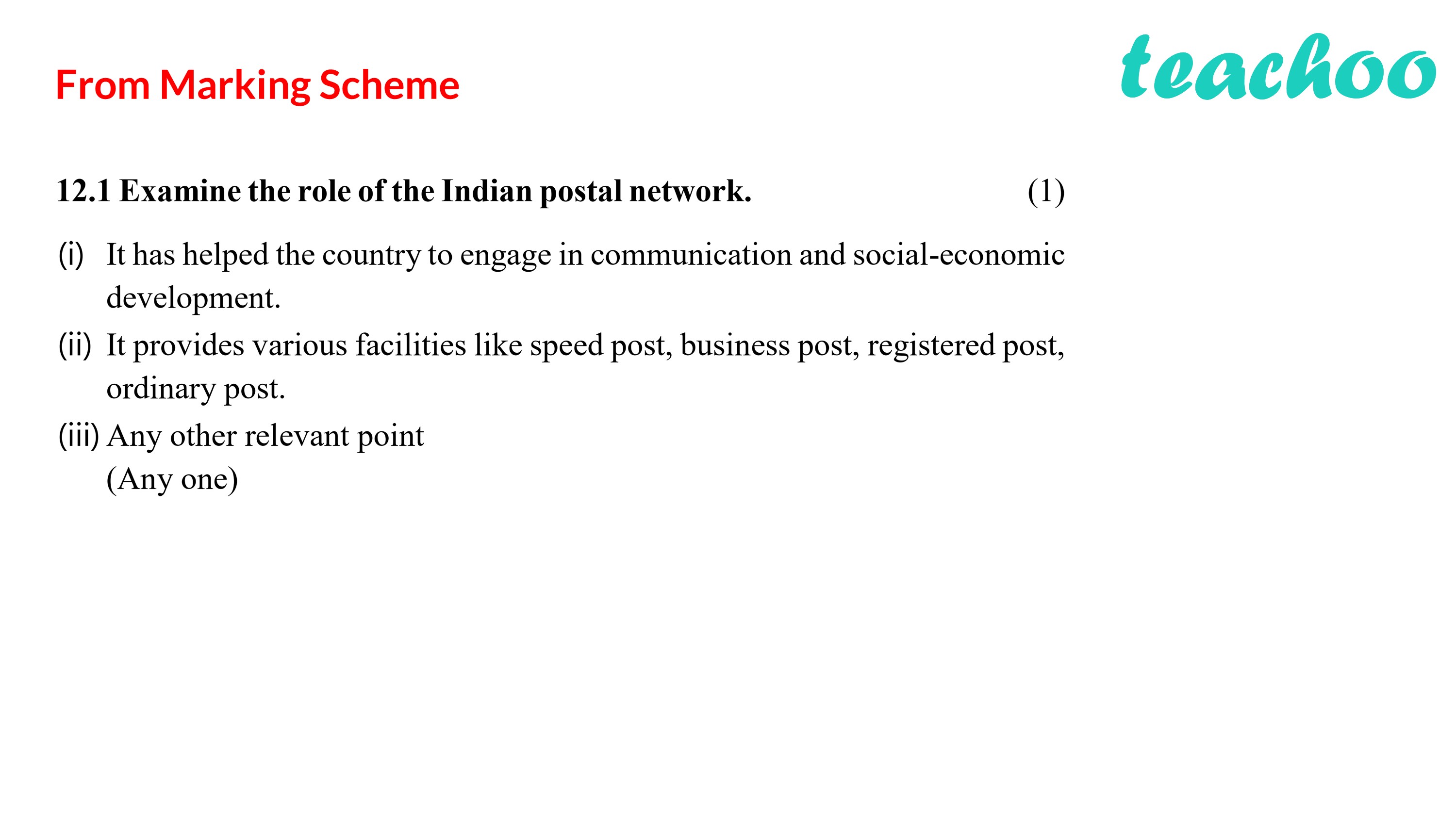