‘It is said of “passive resistance” that it is the weapon of the weak, but the power which is the subject of this article can be used only by the strong. This power is not passive resistance; indeed, it calls for intense activity. The movement in South Africa was not passive but active … ‘Satyagraha is not physical force. A satyagrahi does not inflict pain on the adversary; he does not seek his destruction … In the use of satyagraha, there is no ill-will whatever. ‘Satyagraha is pure soul-force. Truth is the very substance of the soul. That is why this force is called satyagraha. The soul is informed with knowledge. In it burns the flame of love. … Nonviolence is the supreme dharma …‘It is certain that India cannot rival Britain or Europe in force of arms. The British worship the war-god and they can all of them become, as they are becoming, bearers of arms. The hundreds of millions in India can never carry arms. They have made the religion of non-violence their own ...’

11.3 Why was Gandhian satyagraha considered as a novel way to resist injustice?

Satyagraha was considered as a novel way to resist injustice because India at that time was not in position to defeat the British in an armed fight. This method of passive resistance was based on truth and could appeal to the conscience of the oppressor. It demanded great sacrifice, and people were willing to offer that. Satyagraha mobilized the masses and brought them together to fight as one unit , despite their differences. 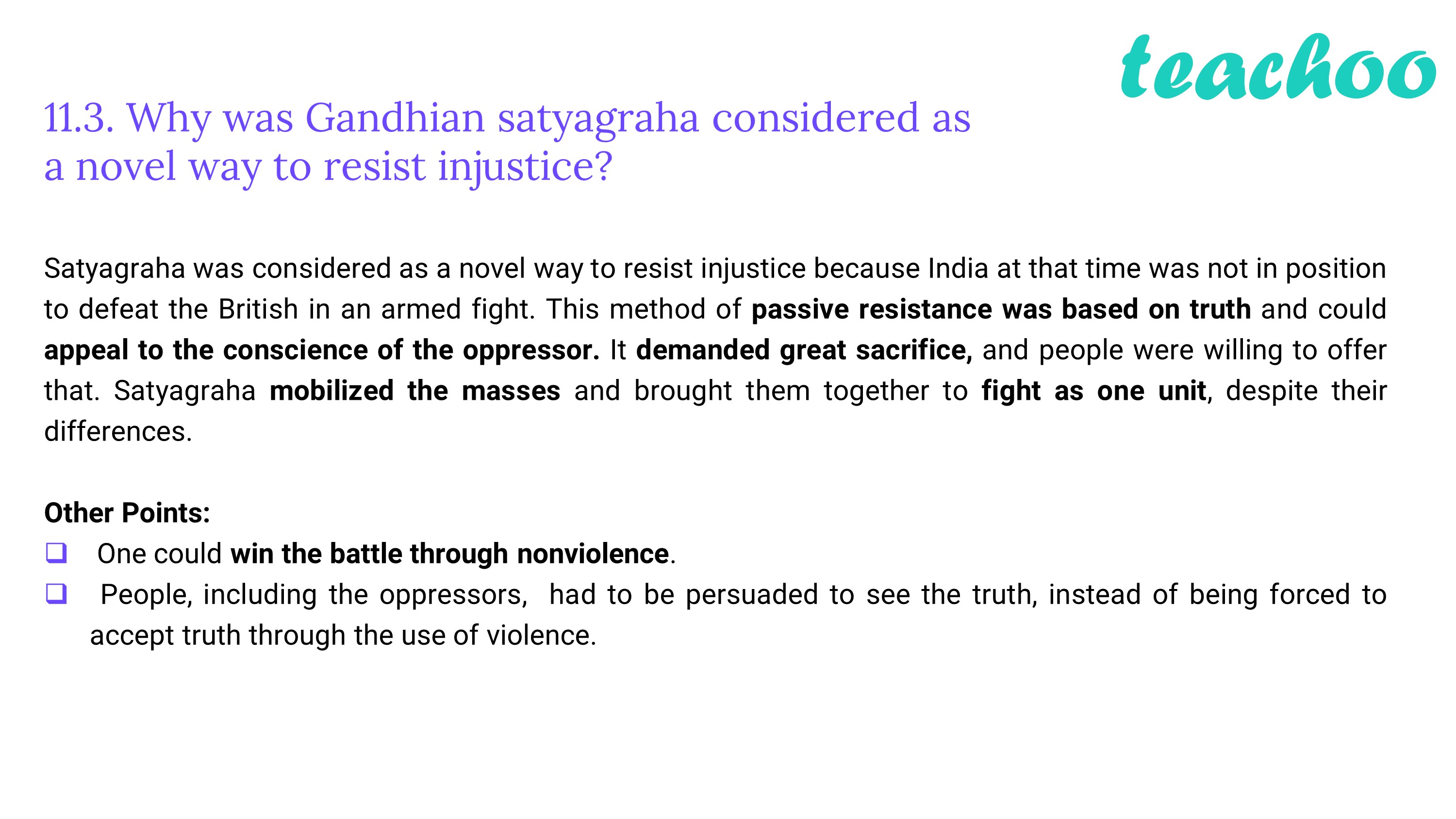 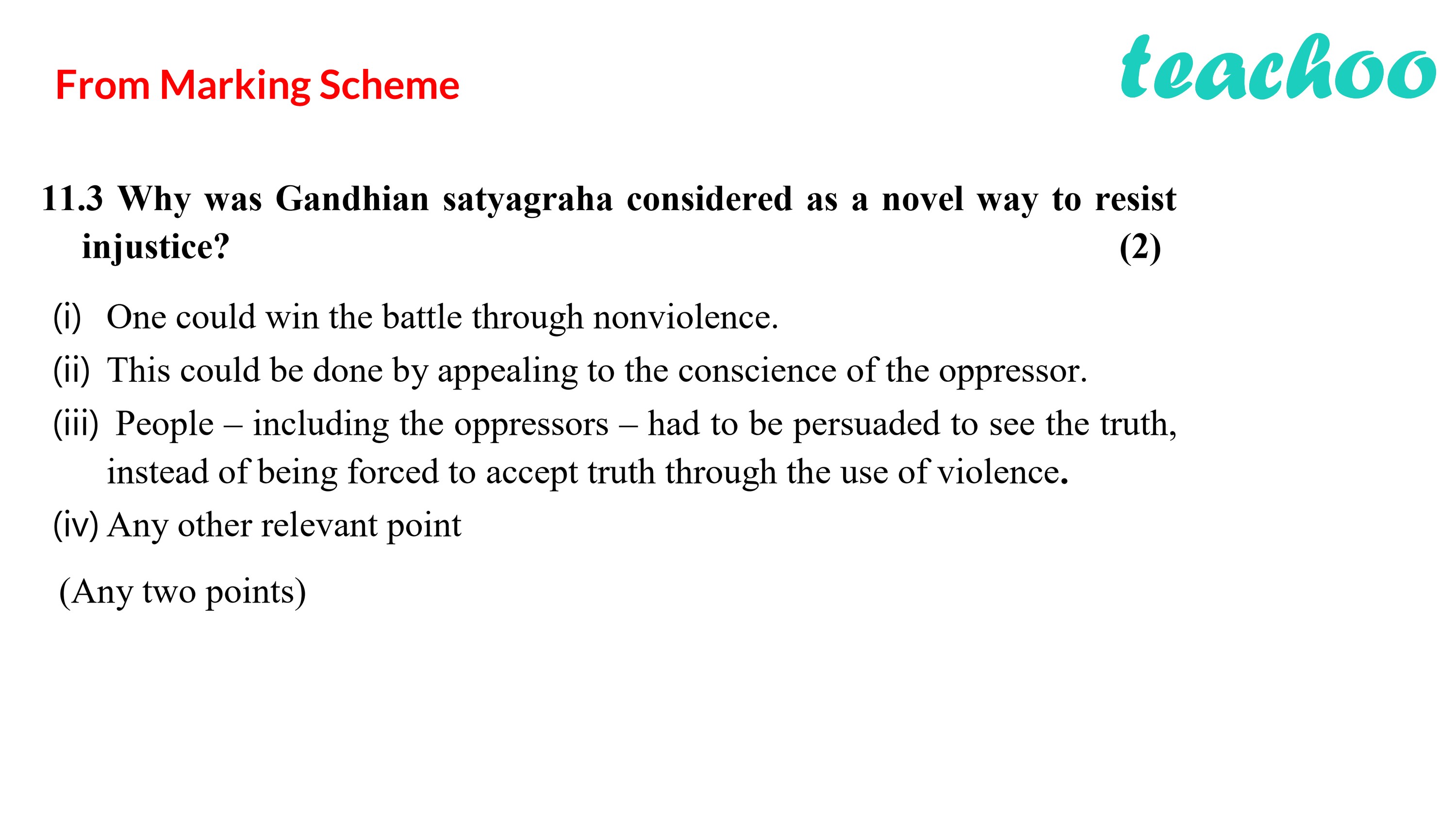