What are different phases of moon

The day on which the whole moon is visible is known as the full moon day.

After the full moon day, the size of bright part of moon reduces everyday.

On the 15th day, there is no moon. This is called no moon day.

After no moon day, only a small portion of the moon appears in the sky. This is known as the crescent moon.

And then, it increases everyday

After about 29 days, we see the full moon again

Animation of different moon phases is seen below

If we put the shapes of moon in a calendar, it looks like

Why do we see different phases of moon?

Moon does not produce its light

But sun and other stars do produce light

We see the moon because the sunlight falling on it gets reflected towards us.

We therefore, see only that part of the moon, from which the light of the Sun is reflected towards us. 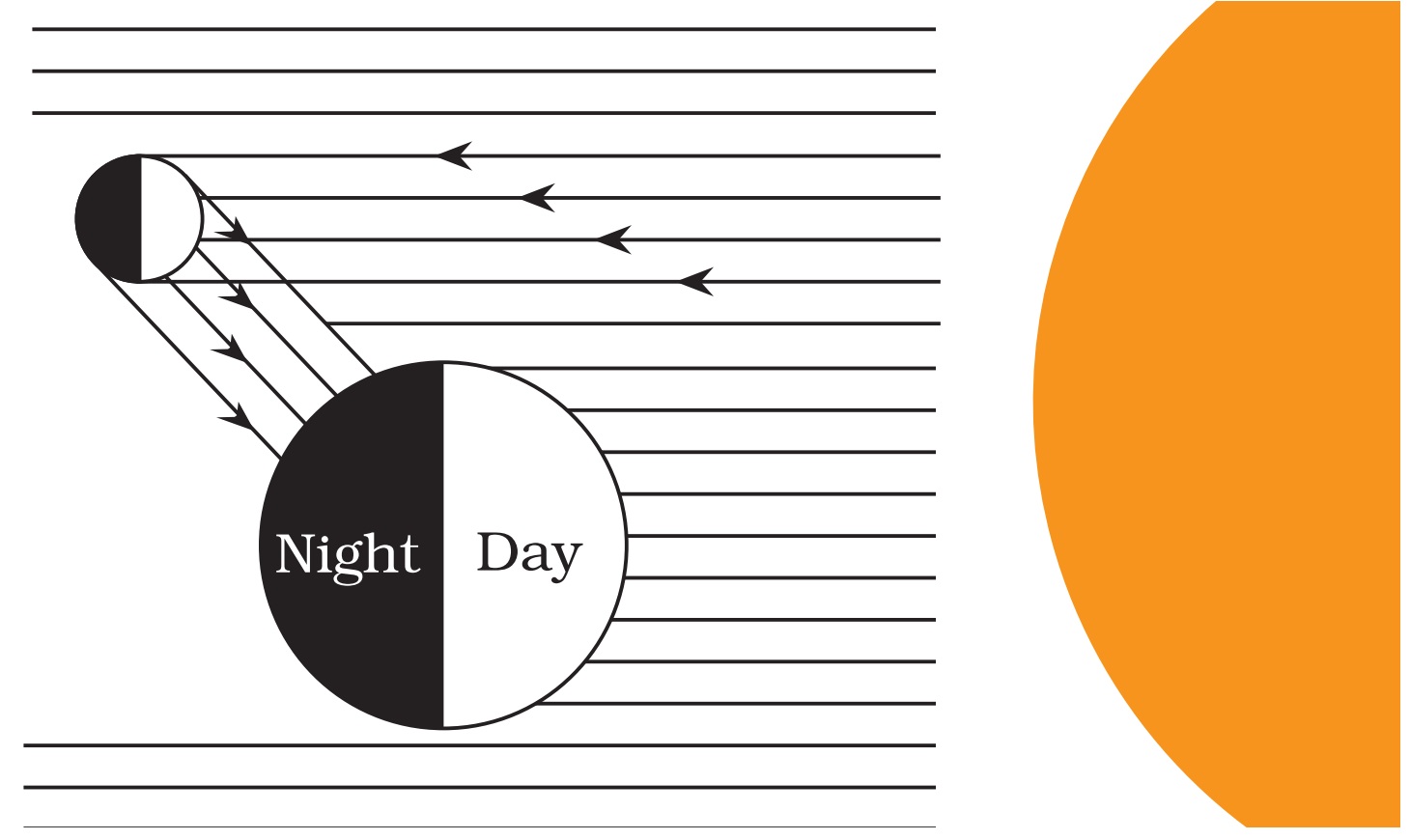 Significance of phases of the moon


Almost all festivals in India are celebrated according to the phases of the moon.

For example, Diwali is celebrated on the new moon day;

Eidul-Fitr is observed on the day following the sighting of crescent moon.

Why do we see only one side of moon?

We only see one side of the moon because,

So, it takes equal time to rotate and revolve

This is why we see only one side of moon

What is time period between 2 full moons?

It is little more than 29 days

In some calendars, this period is called month

When astronauts landed on the moon, they found that the moon’s surface is dusty and barren.

There are many craters of different sizes.

It also has a large number of steep and high mountains.

First astronaut to land on moon was Neil Armstrong.

NCERT Question 3 - Phases of the moon occur because

(a) we can see only that part of the moon which reflects light towards us.

(b) our distance from the moon keeps changing.

(c) the shadow of the Earth covers only a part of moon’s surface.

(d) the thickness of the moon’s atmosphere is not constant.