Basics of the Chapter Why does a charged object attract an uncharged object? Electroscope Lightning Lightning Conductor How to protect ourselves from lightning What is an Earthquake? What are Seismic Zones or Fault Zones? What are seismic waves? You are here How is an Earthquake measured? Protection against Earthquakes
NCERT Questions →
Class 8
Chapter 15 Class 8 - Some Natural Phenomena

What are seismic waves?

During an earthquake, earth shakes and waves are produced on the surface of earth

These waves are called seismic waves 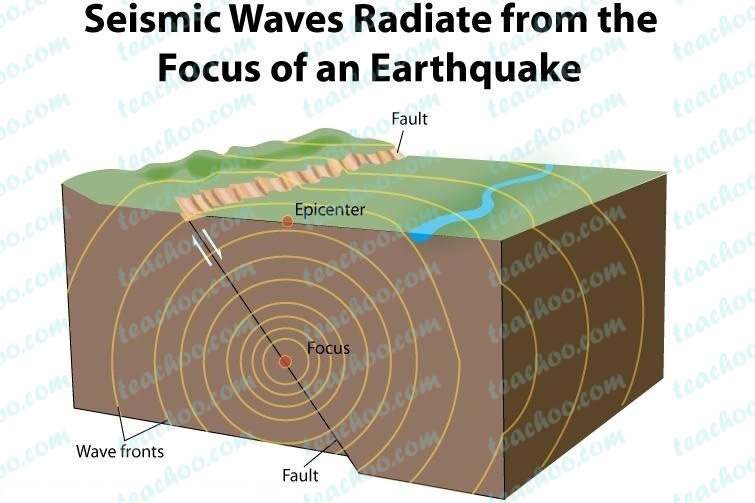 Focus -The point of origin of the earthquake deep inside the crust is called the seismic focus. The focus is often deep below the surface of earth.