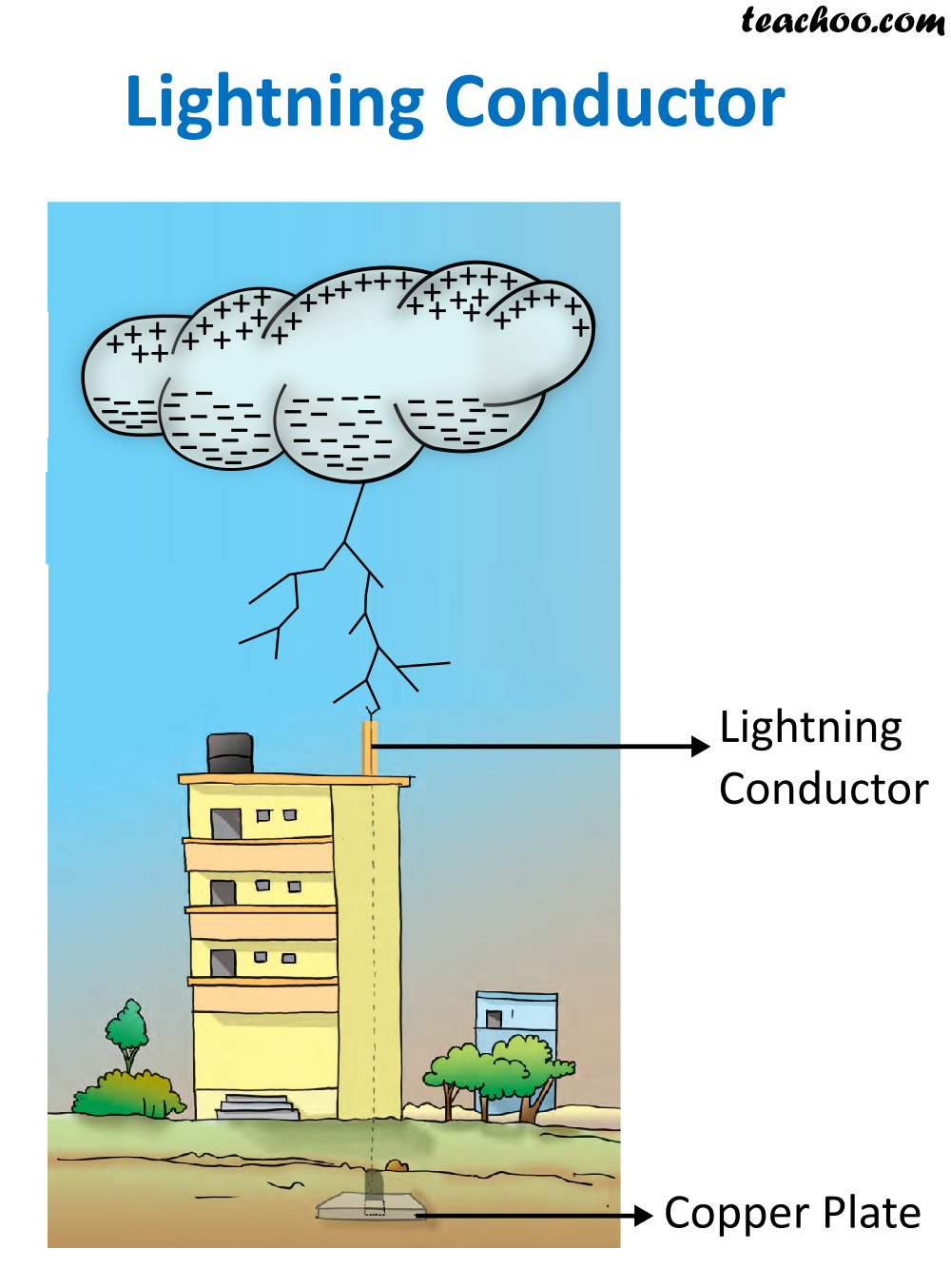 A lightning conductor is made up of thick strips of metal

If lightning strikes, it will hit the top end of the lightning conductor and not the building

Thus, lightning can be discharged easily without causing any harm, to the ground

NCERT Question 3 (c) - Write T against true and F against false in the following statements:

Basics of the Chapter Why does a charged object attract an uncharged object? Electroscope Lightning Lightning Conductor You are here How to protect ourselves from lightning What is an Earthquake? What are Seismic Zones or Fault Zones? What are seismic waves? How is an Earthquake measured? Protection against Earthquakes
NCERT Questions →
Class 8
Chapter 15 Class 8 - Some Natural Phenomena