Basics of the Chapter Why does a charged object attract an uncharged object? Electroscope Lightning You are here Lightning Conductor How to protect ourselves from lightning What is an Earthquake? What are Seismic Zones or Fault Zones? What are seismic waves? How is an Earthquake measured? Protection against Earthquakes
NCERT Questions →
Class 8
Chapter 15 Class 8 - Some Natural Phenomena

Lightning is a spark of electricity which we see in clouds.

Let’s look at how lightning occurs

How does lightning occur?

During a thunderstorm, air moves upward and water moves downwards.

This leads to separation of charges as follows:

The Positive Charge moves to the Top of Cloud.

And the Negative Charge moves to lower edge of Cloud.

This happens in every cloud.

Since the lower part of the cloud gets negatively charged,

As the magnitude of charges rise over time,

The air which is a bad conductor of electricity,

The positive and negative charges present in the cloud interact, and cause intracloud lightning.

And the process is called electric discharge. 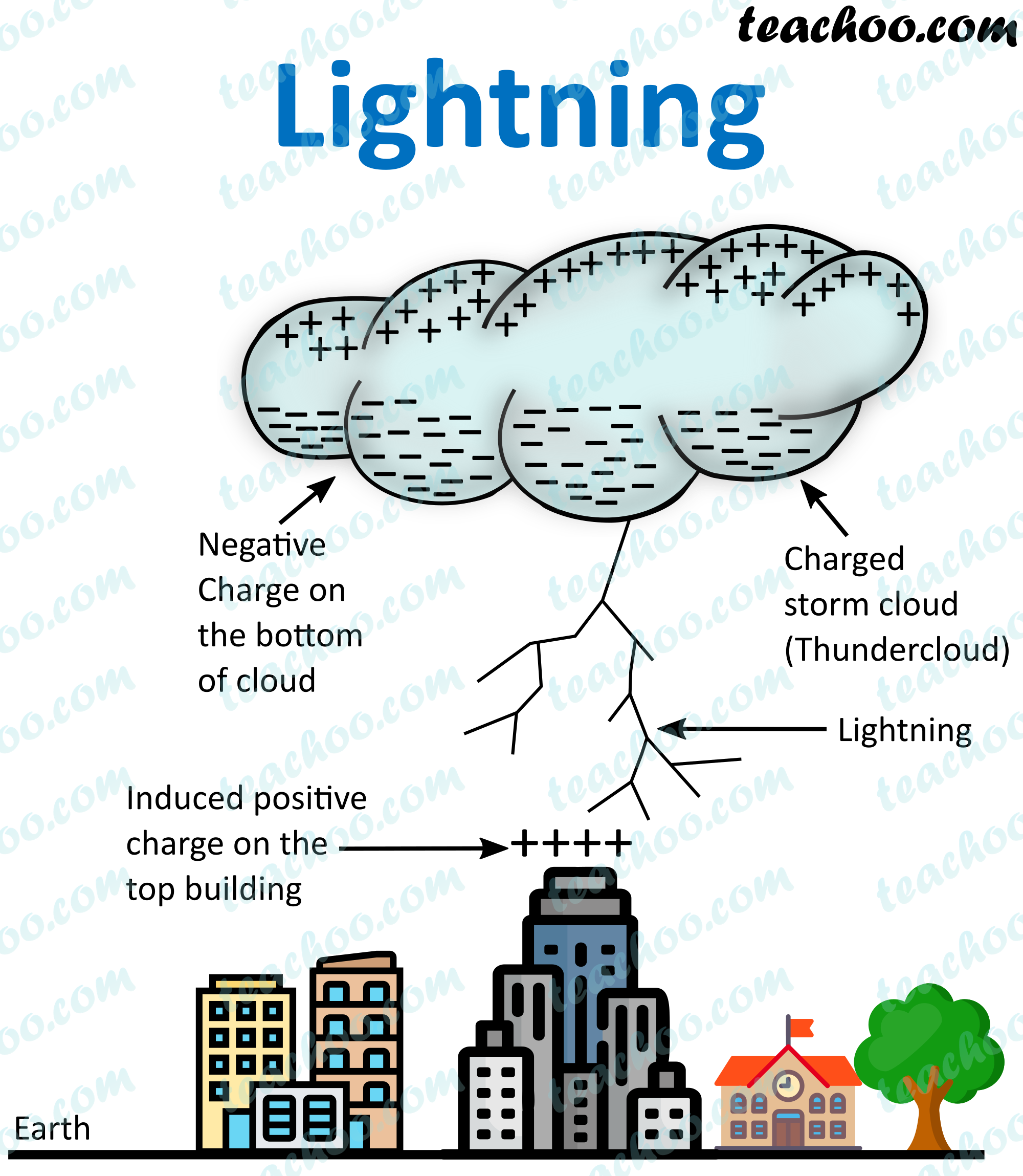 Air is normally a bad conductor of electricity.

But because of high magnitude of charges, it allows electricity to pass