We have already learnt that Sound waves cause Compression and Rarefaction

Particles of medium (air particles) are tightly packed, hence there is more density and more pressure

Particles of medium (air particles) are loosely packed, hence they have less density and less pressure

Plotting them on Graph

We get peaks and trough as follows 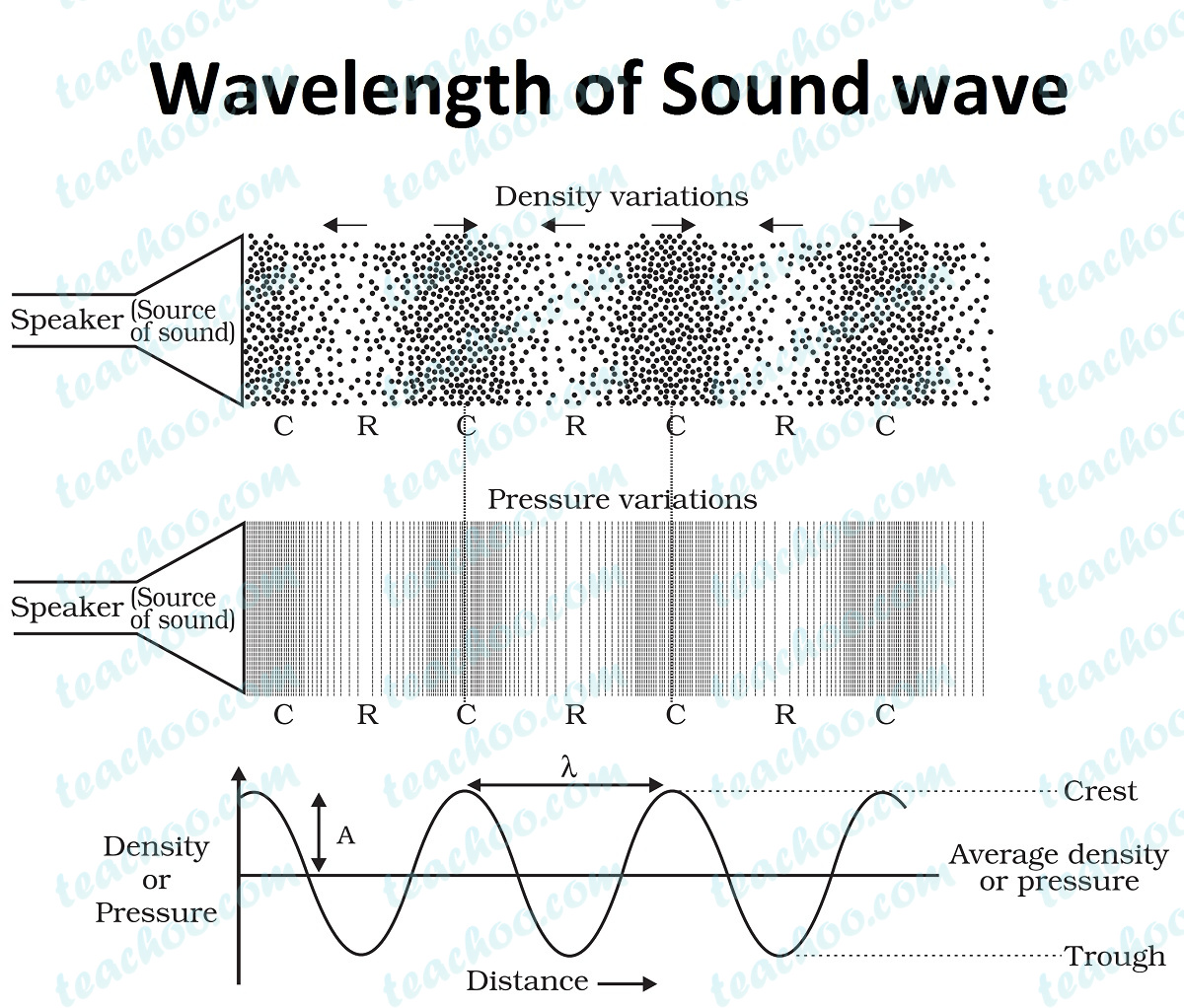 The peak represents region of highest compression. It is called the crest.

The valley represents region of rarefaction. It is called the trough.

What is Wavelength of Sound Wave

The distance between any two consecutive compressions or rarefactions is called wavelength.

It is denoted by lambda. (λ)

Wavelength is the distance between 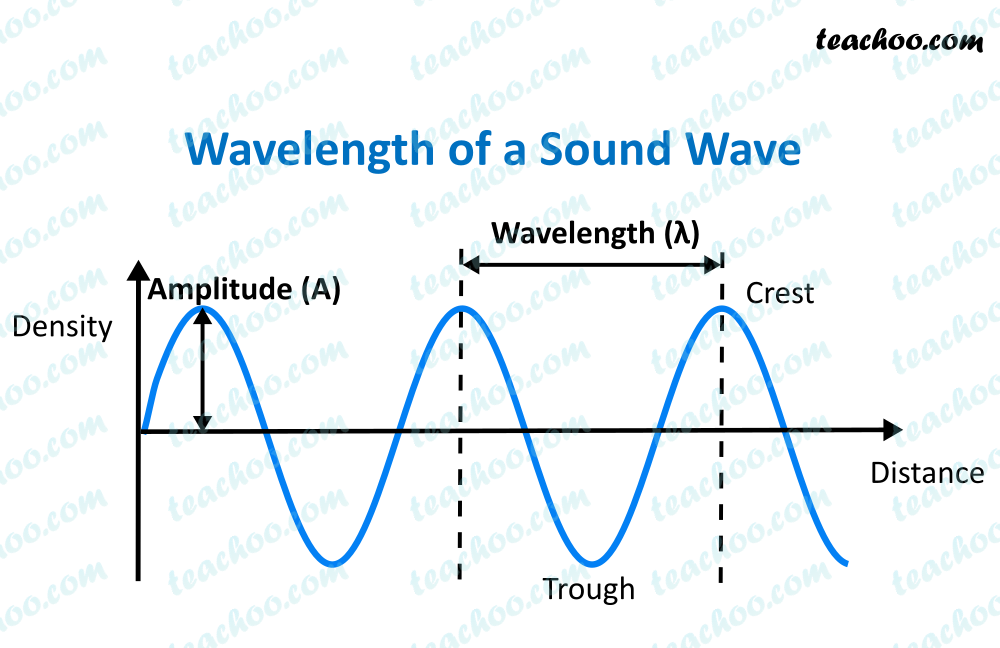 It is denoted by lamda (λ)

Its SI Unit is meter