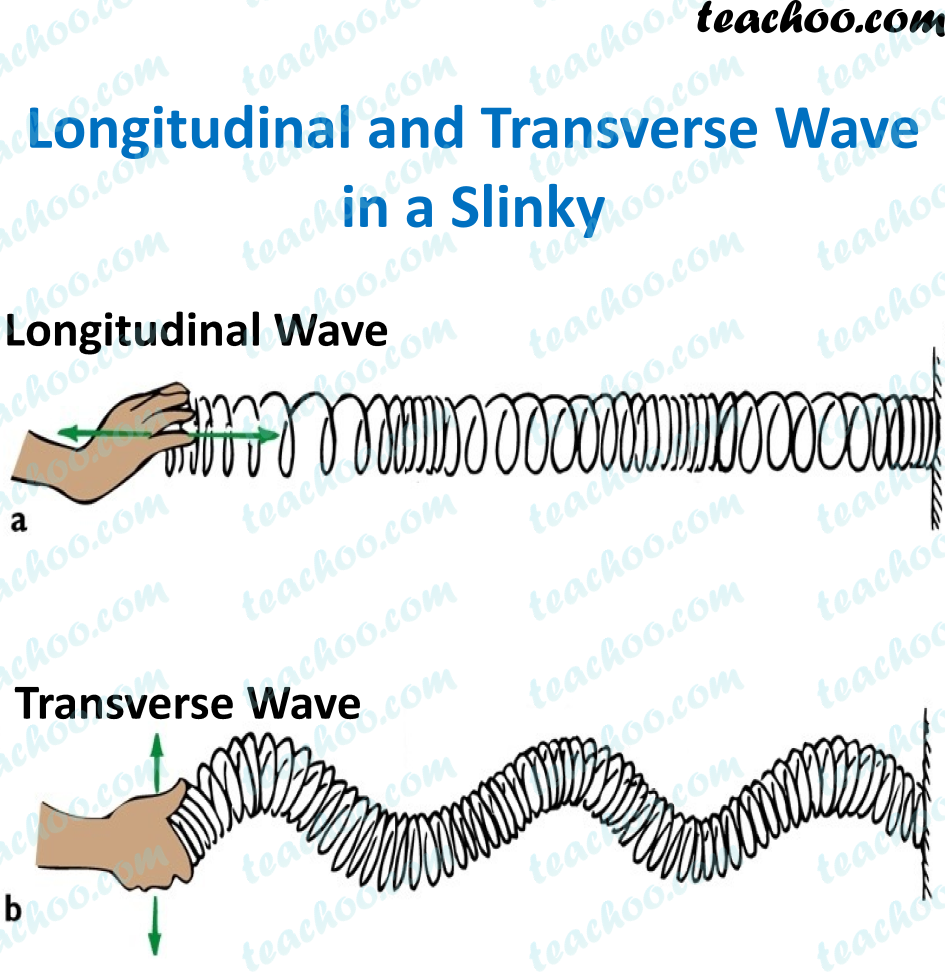 What are longitudinal waves

In this case, Individual particles of wave move in direction of propagation of waves

If we stretch a slinky, it moves left and right (in the direction we put force)

What are Transverse Waves

In this case, particles of medium oscillate up and down at right angles to the direction in which the wave is moving.

If we move a slinky up and down, the wave moves to the right side but slinky moves up and down (right angle to direction of wave

In the top wave, particles move perpendicular to direction of wave. So, it is a transverse wave

In bottom wave, particles move parallel to direction of wave. So, it is a longitudinal wave

Another example can be

Are sound waves Longitudinal or Transverse ?

It is because sound waves move in back and forth direction

When an object vibrates, it forces the particles of medium around it to also vibrate (move to and fro)

They cause the neighbouring particles to vibrate and so on

What is the difference between longitudinal and transverse waves?

NCERT Question 4 - Why is sound wave called a longitudinal wave?