Compressions and Rarefactions in Sound Wave 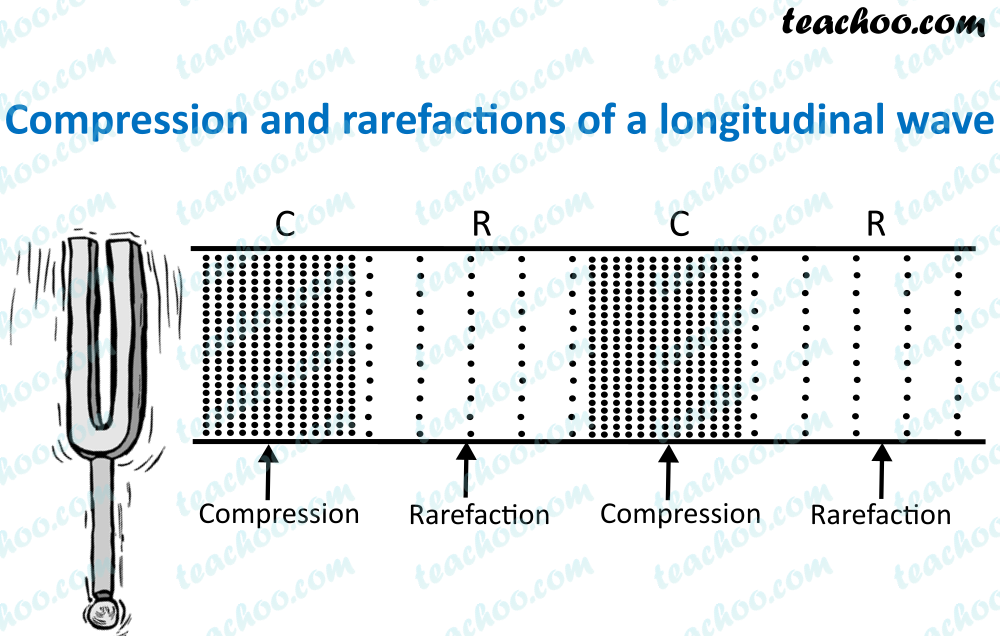 What is general meaning of word Compression?

It is a region of high pressure

When a vibrating object moves forward in air as medium,

it pushes and compresses the air in front of it

creating a region of high pressure. This region is called a compression.

What is general meaning of word Rarefaction

It is a region of low pressure

When a vibrating object moves backward in air as medium,

it creates a region of low pressure. This region is called a rarefaction.

Difference between Compression and Rarefaction

How does Sound Waves cause Compression and Rarefaction

We know that Sound waves travel through a medium like air

When an object vibrates, it moves in to and fro motion (forward and backward)

As the object vibrates (moves backward and forward), a series of compression's and rarefaction's is created in the air.

These make the sound waves propagate through the medium 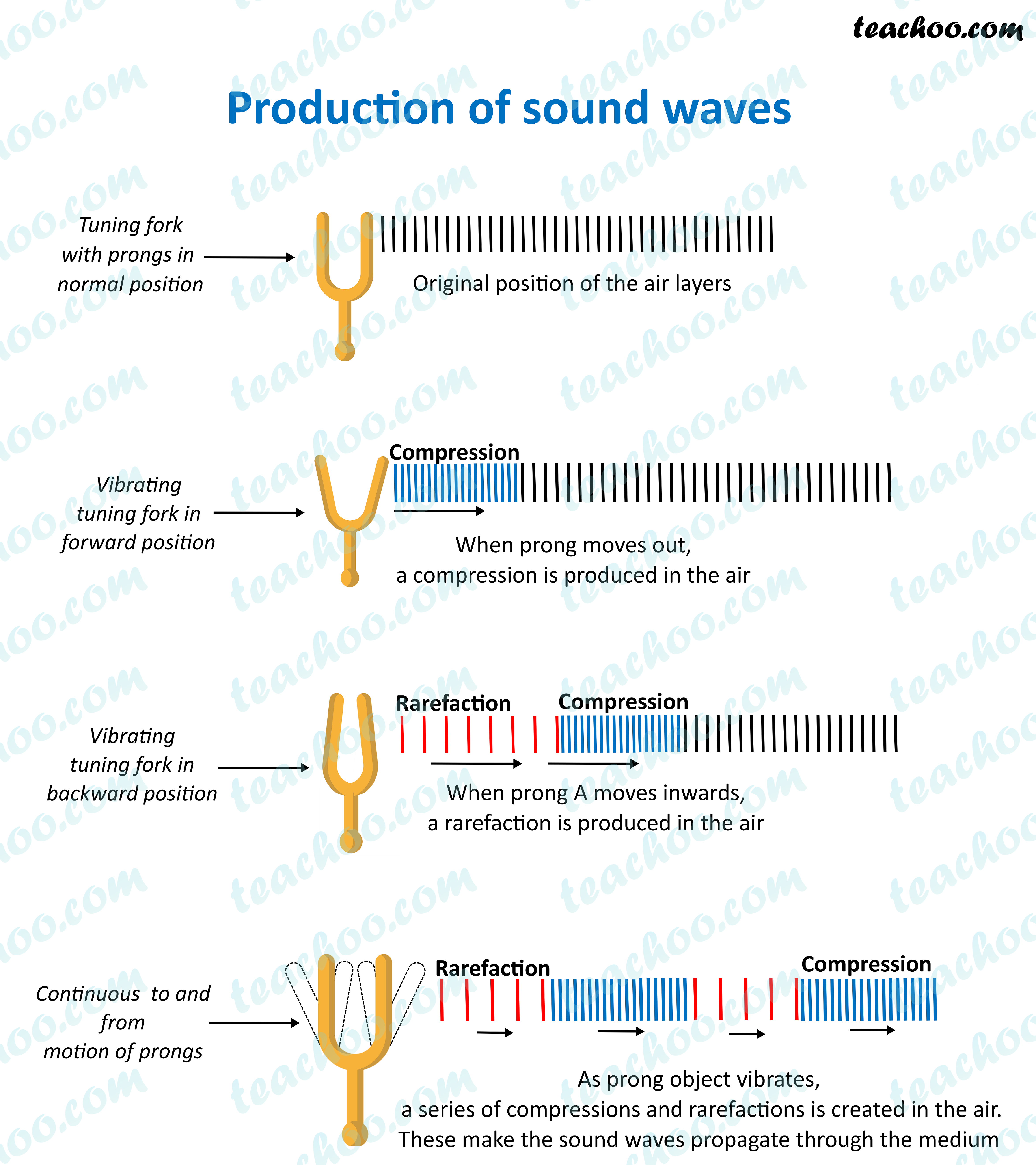 Intext Question 1 Page 163 - Explain how sound is produced by your school bell.

NCERT Question 2 - Describe with the help of a diagram, how compressions and rarefactions are produced in air near a source of sound.