What is Human Development Index? 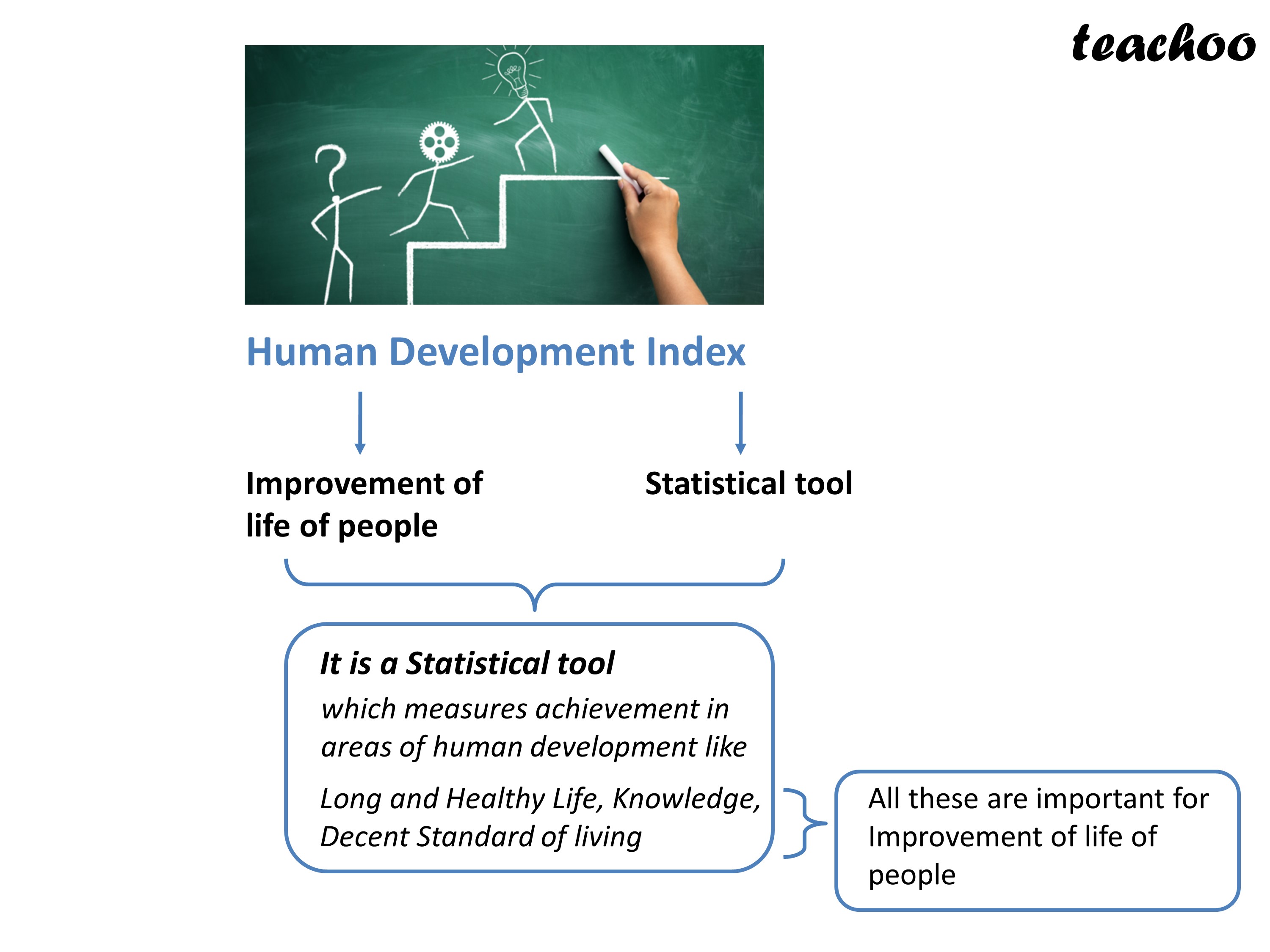 What are Different Human Development Indicators?

In this case, we measure following:

On certain Indicators, Higher the Better

On Others, Lower the better 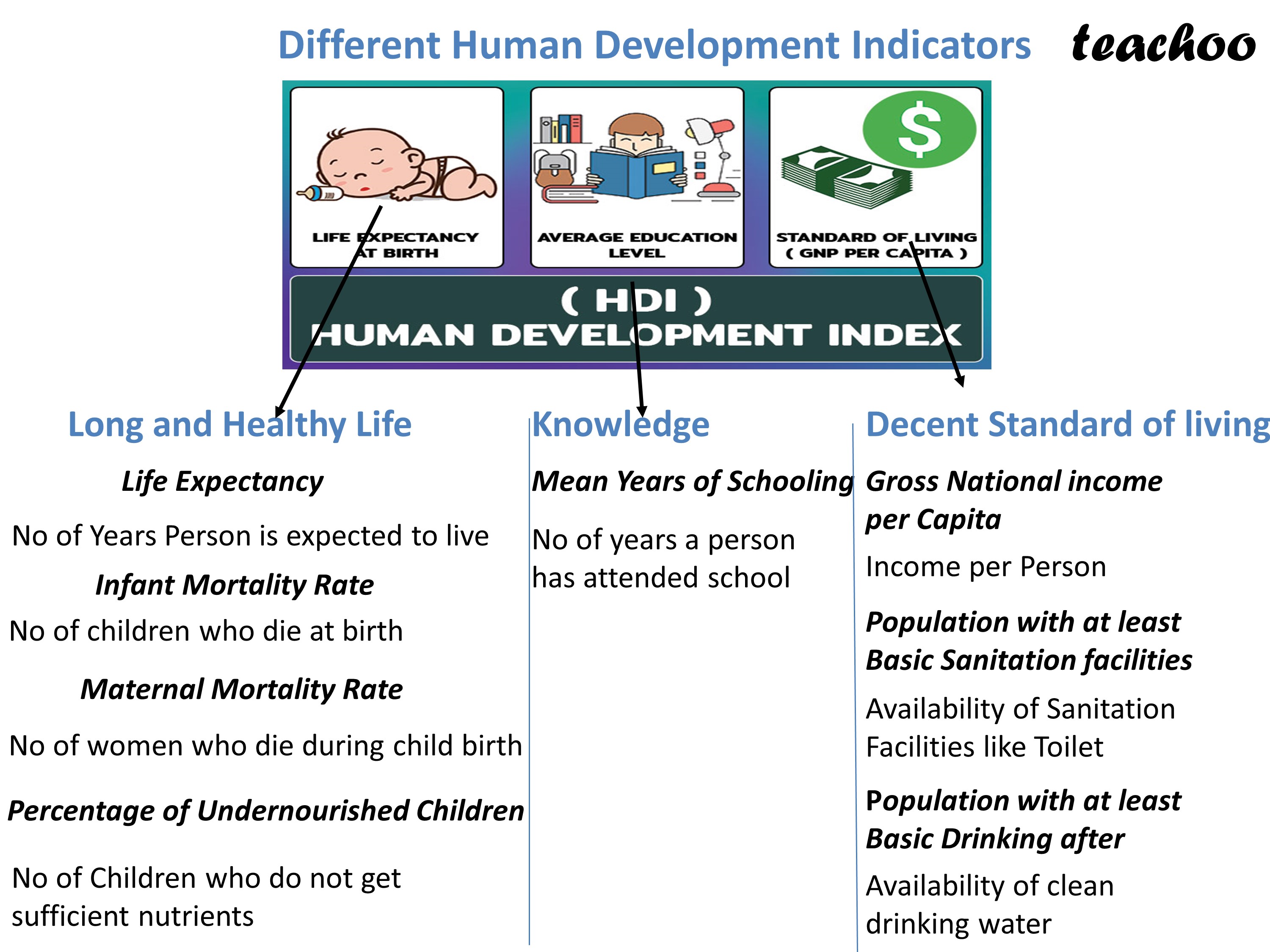 How do India, Pakistan and China Rank on Various Human Development Indicators?

It also has higher Per capital income, higher life expectancy and higher mean years of schooling 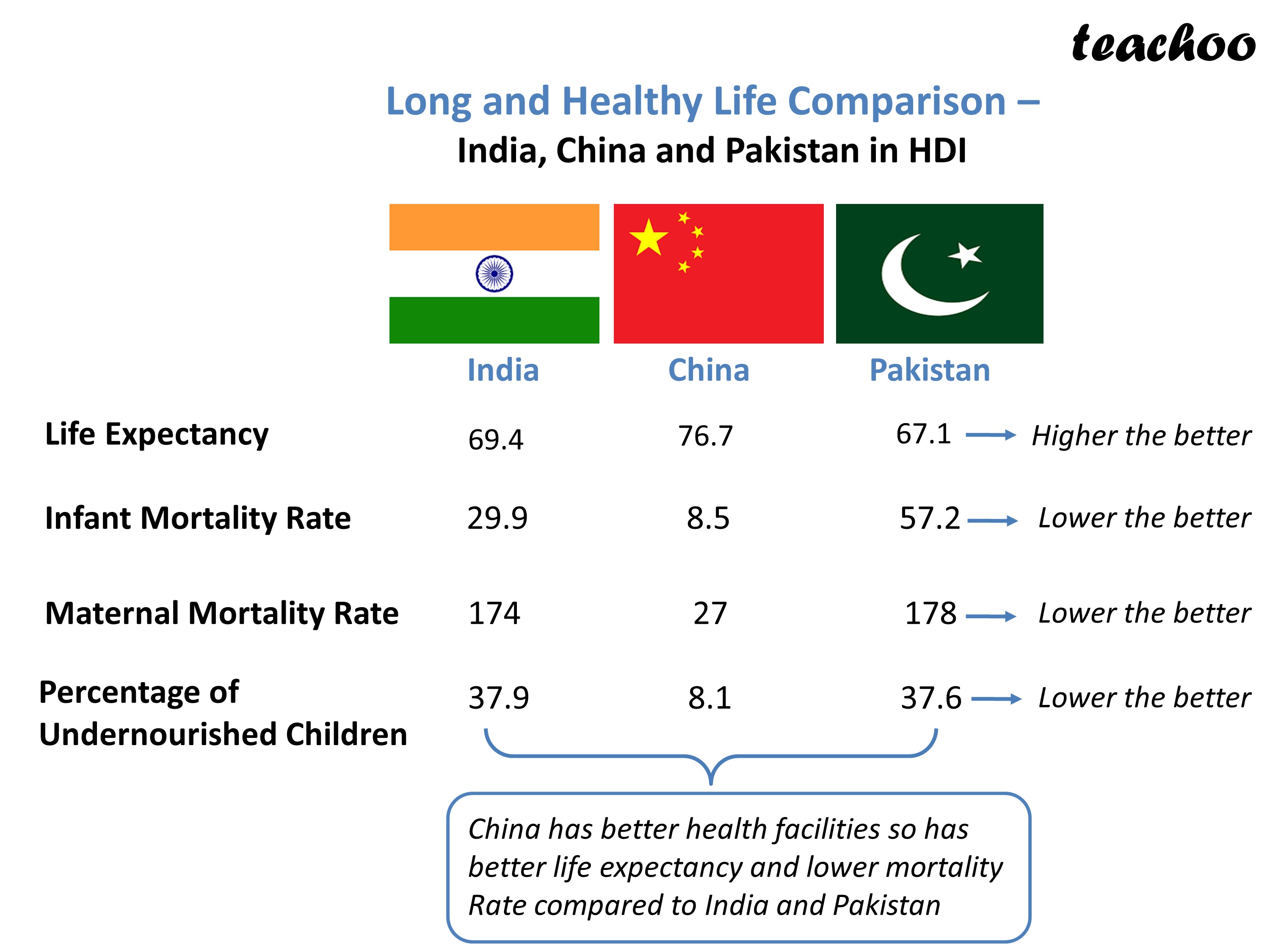 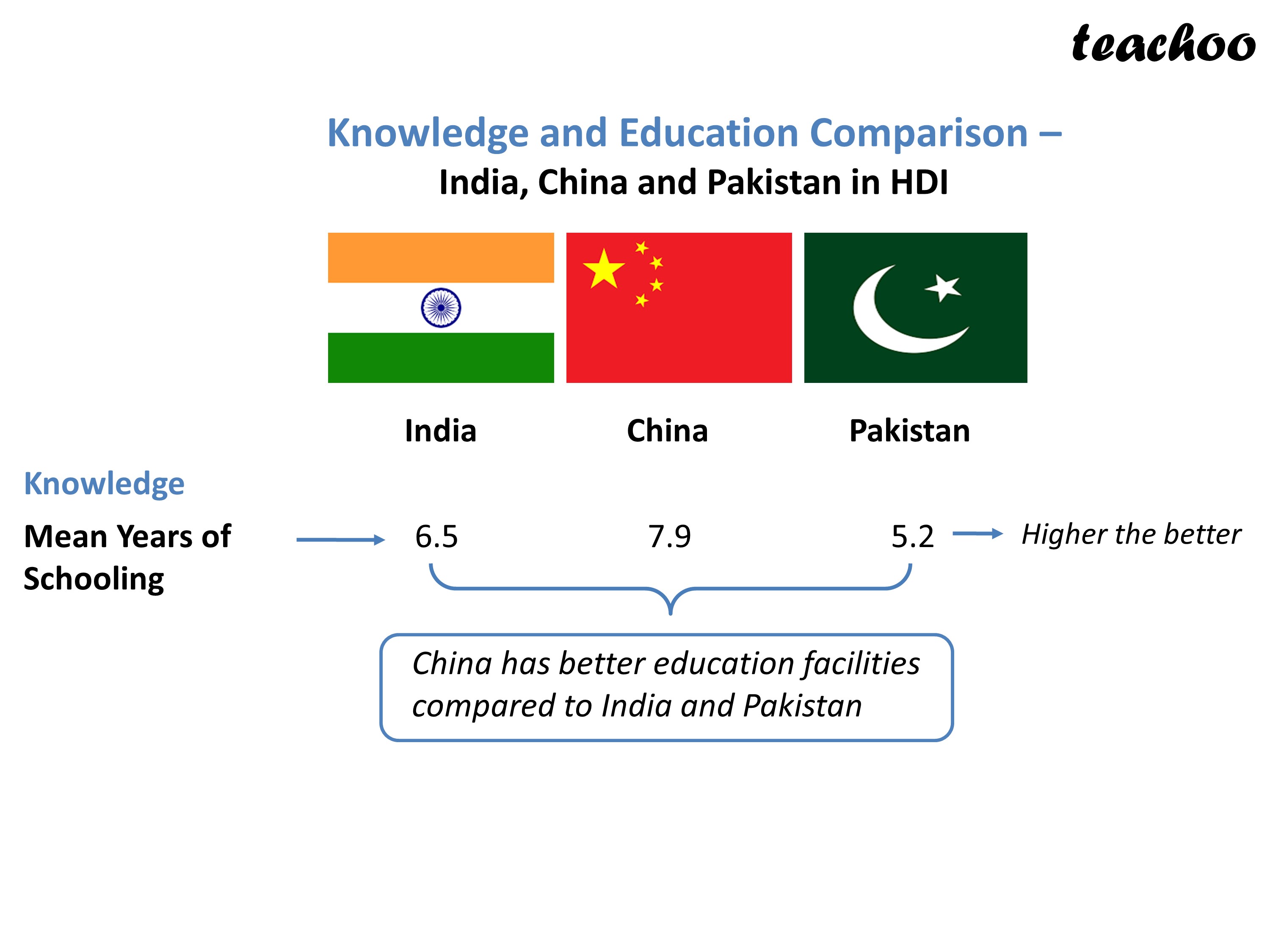 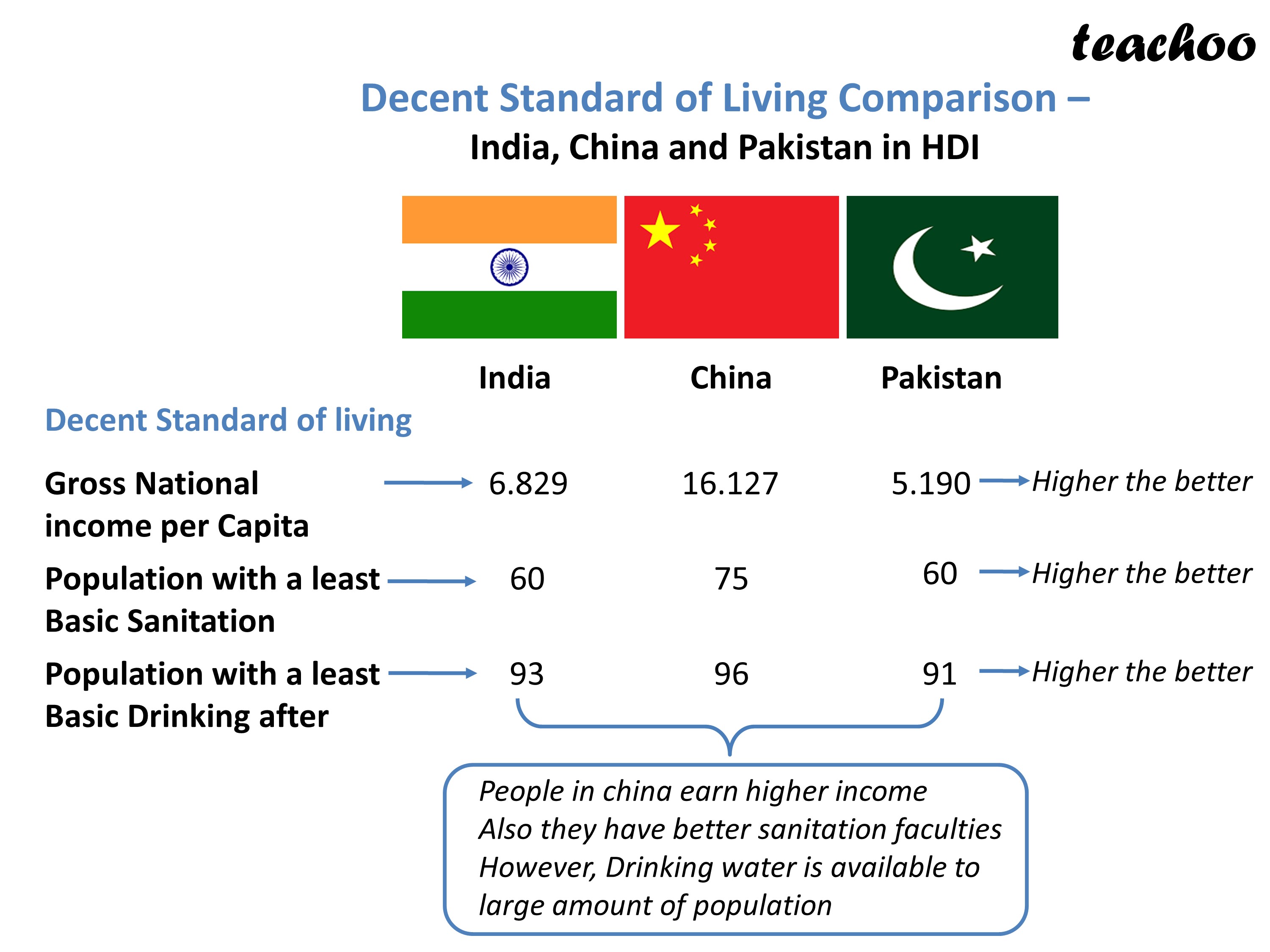 In which Human Development Indicator Pakistan ranks better than India?

Those earning below this are called Living below Poverty line

However, it is still much less than China

Are the measurement of Human Development Indicators sufficent to measure human development?

No, they are not sufficient

Hence, people do not have fundamental rights like electing their own governments

This is not measured by Human Development Index

What are Liberty Indicators?

It measures participation in social and democratic decision making of country

It measures how much safeguards have been given in constitution to

How do China India Pakistan perform on Liberty Indicators?

there is one Party Rule

Hence, people do not have fundamental rights like electing their own governments

There is democracy and governemnt are elected regularly 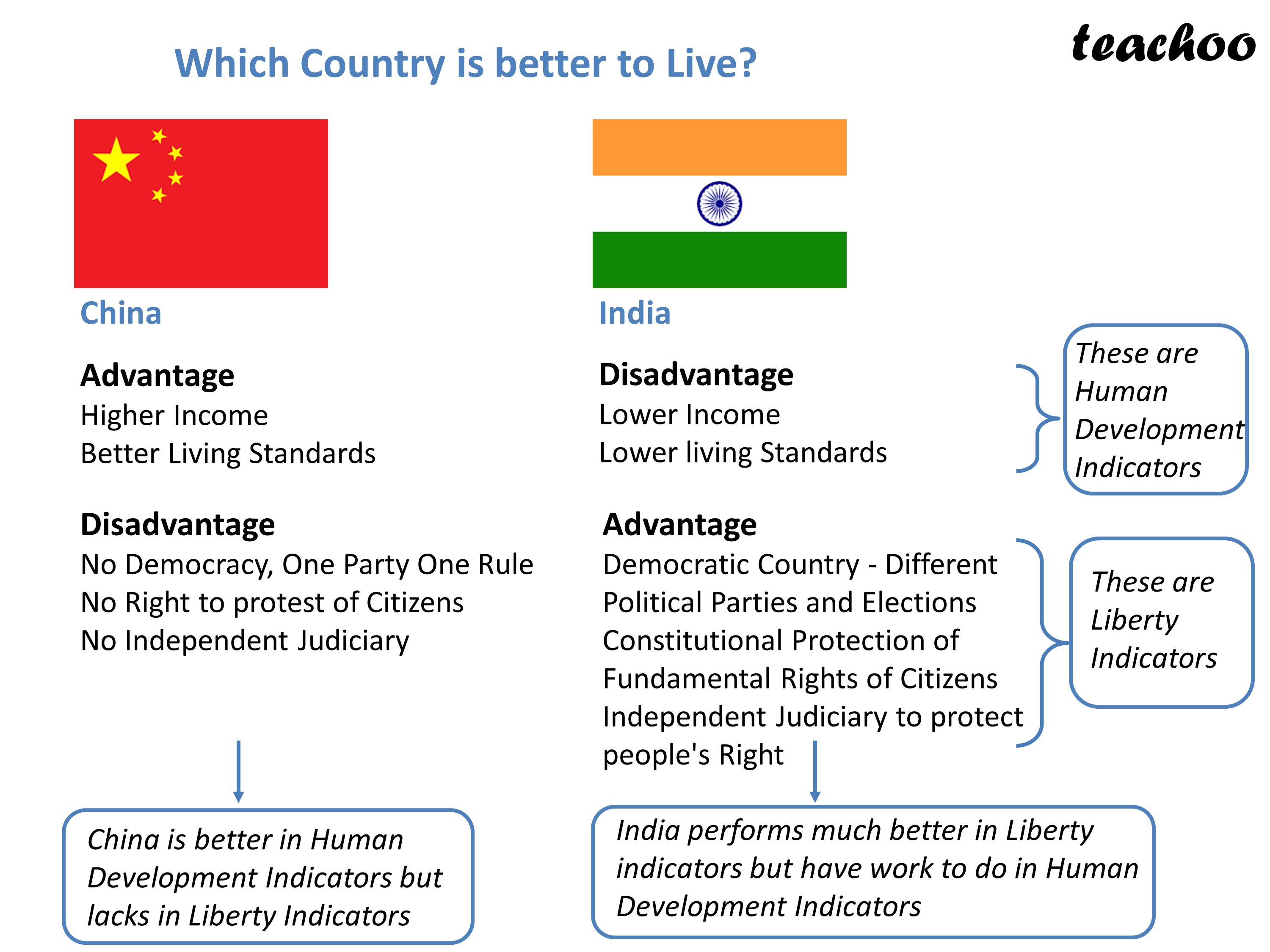 The indicators of human development are:

Give some examples of liberty indicators

It measures participation in social and democratic decision making of country

Extent of the constitutional protection of the independence of thr judiciary

Human Development Index Improvement of life of people Statistical tool It is a Statistical tool which measures achievement in areas of human development like Long and Healthy Life, Knowledge, Decent Standard of living All these are important for Improvement of life of people Different Human Development Indicators Long and Healthy Life Life Expectancy No of Years Person is expected to live Infant Mortality Rate No of children who die at birth Maternal Mortality Rate No of women who die during child birth Percentage of Undernourished Children No of Children who do not get sufficient nutrients Knowledge Mean Years of Schooling No of years a person has attended school Decent Standard of living Gross National income per Capita Income per Person Population with atleast Basic Sanitation facilities Availability of Sanitation Facilities like Toilet Population with atleast Basic Drinking after Availability of clean drinking water Long and Healthy Life Comparison – India, China and Pakistan in HDI Life Expectancy India 69.4 China Pakistan 67.1 Higher the better Infant Mortality Rate 29.9 8.5 57.2 Lower the better Maternal Mortality Rate Percentage of Undernourished Children Lower the better China has better health facilities so has better life expectancy and lower mortality Rate compared to India and Pakistan Knowledge and Education Comparison – India, China and Pakistan in HDI India China Pakistan Knowledge Mean Years of Schooling 6.5 7.9 5.2 Higher the better China has better education facilities compared to India and Pakistan What is the Human Development Index and Rank of India, Pakistan and China? Human Development Index Value India China Pakistan 0.647 0.758 0.560 Rank in World 129 85 152 China has better Rank than India and Pakistan However, they are still not in Top 20 Nations of Worked Summary It means lot of work still required to be done in all 3 nations for Human Development Which Country is better to Live? China Advantage Higher Income Better Living Standards India Disadvantage Lower Income Lower living Standards Disadvantage No Democracy, One Party One Rule No Right to protest of Citizens No Independent Judiciary Advantage Democratic Country - Different Political Parties and Elections Constitutional Protection of Fundamental Rights of Citizens Independent Judiciary to protect people's Right China is better in Human Development Indicators but lacks in Liberty Indicators India performs much better in Liberty indicators but have work to do in Human Development Indicators These are Human Development Indicators These are Liberty Indicators