Here, we will study 2 things:

It means gross value of Goods and Service produced in country

Increase in GDP Compared to previous year in % 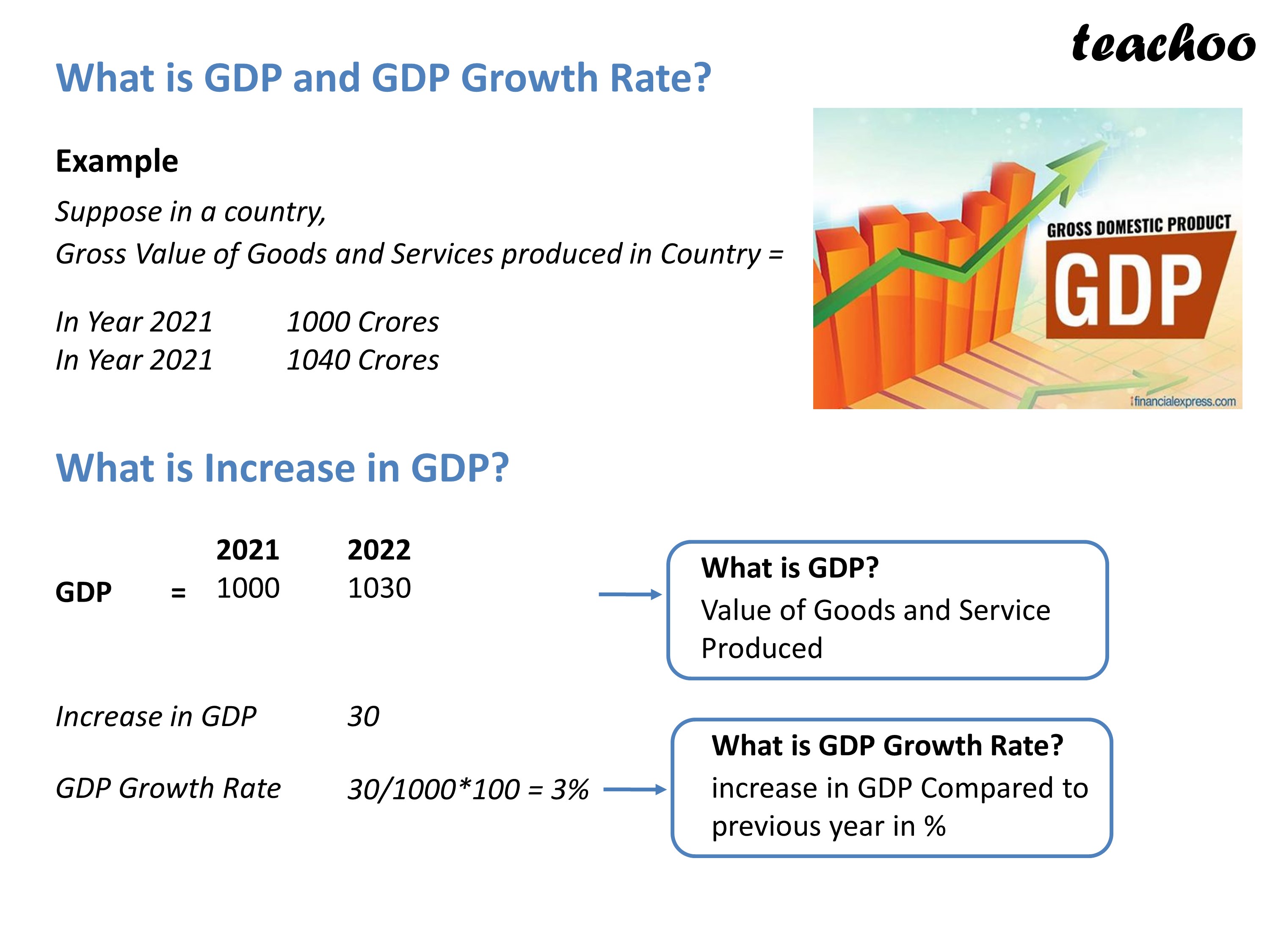 Which Country has highest GDP - India, Pakistan or China

Ans China has the highest GDP followed by India and Pakistan

China 22.5 (It is Second Highest GDP in world after USA) 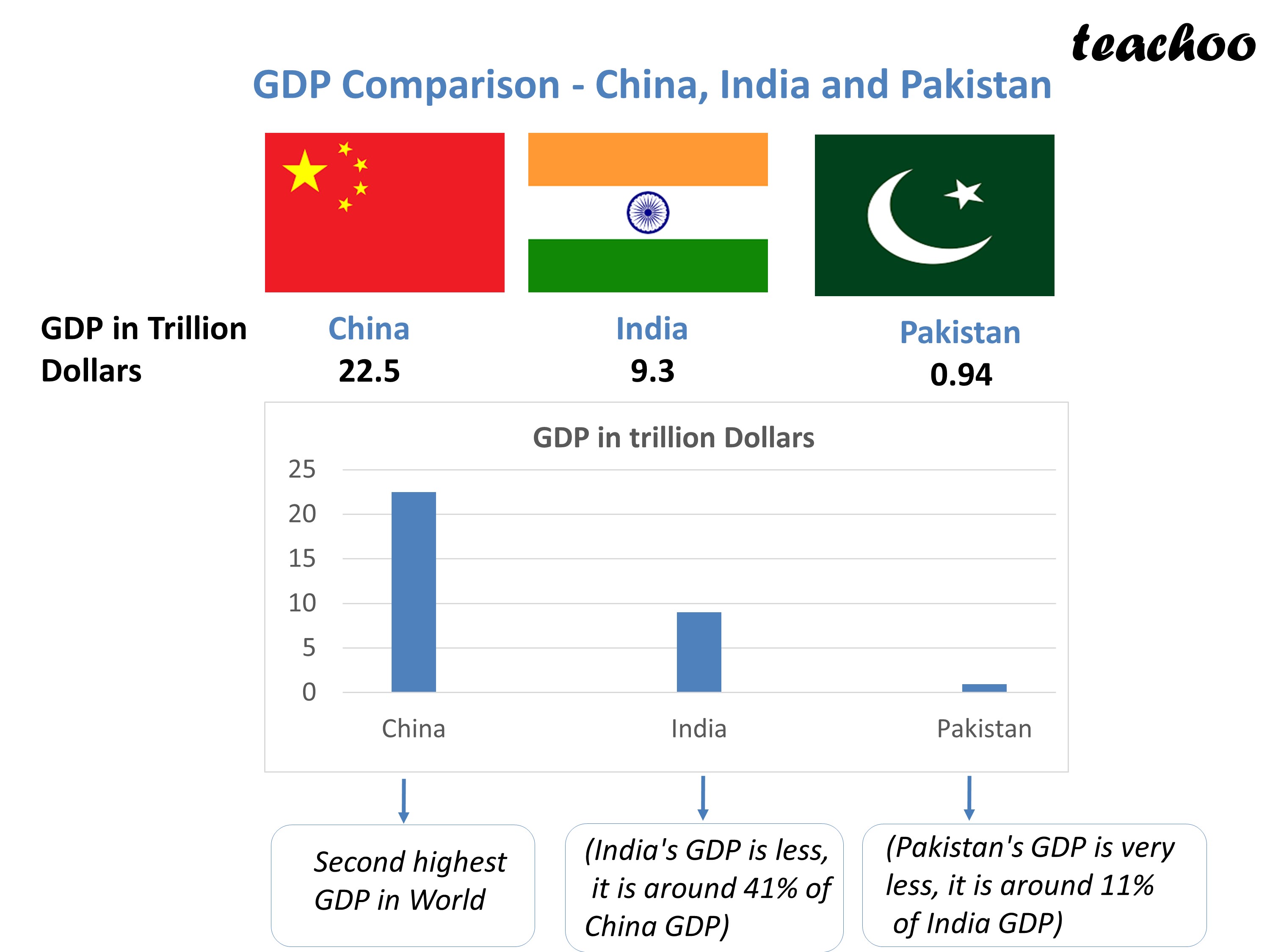 Compare the Growth of GDP of 3 nations

China' GDP was growing at tremendous rate (Around 10%)

Pakistan's GDP Growth Rate was better than India's (6.3% of Pakistan compared to 5.7% of India)

India is GDP grew at fastest Rate of 7.3%

Pakistan was at third position at 5.3%

During Initial years of Reforms in China

Now it has suffered decline due to policial instability in Pakistan 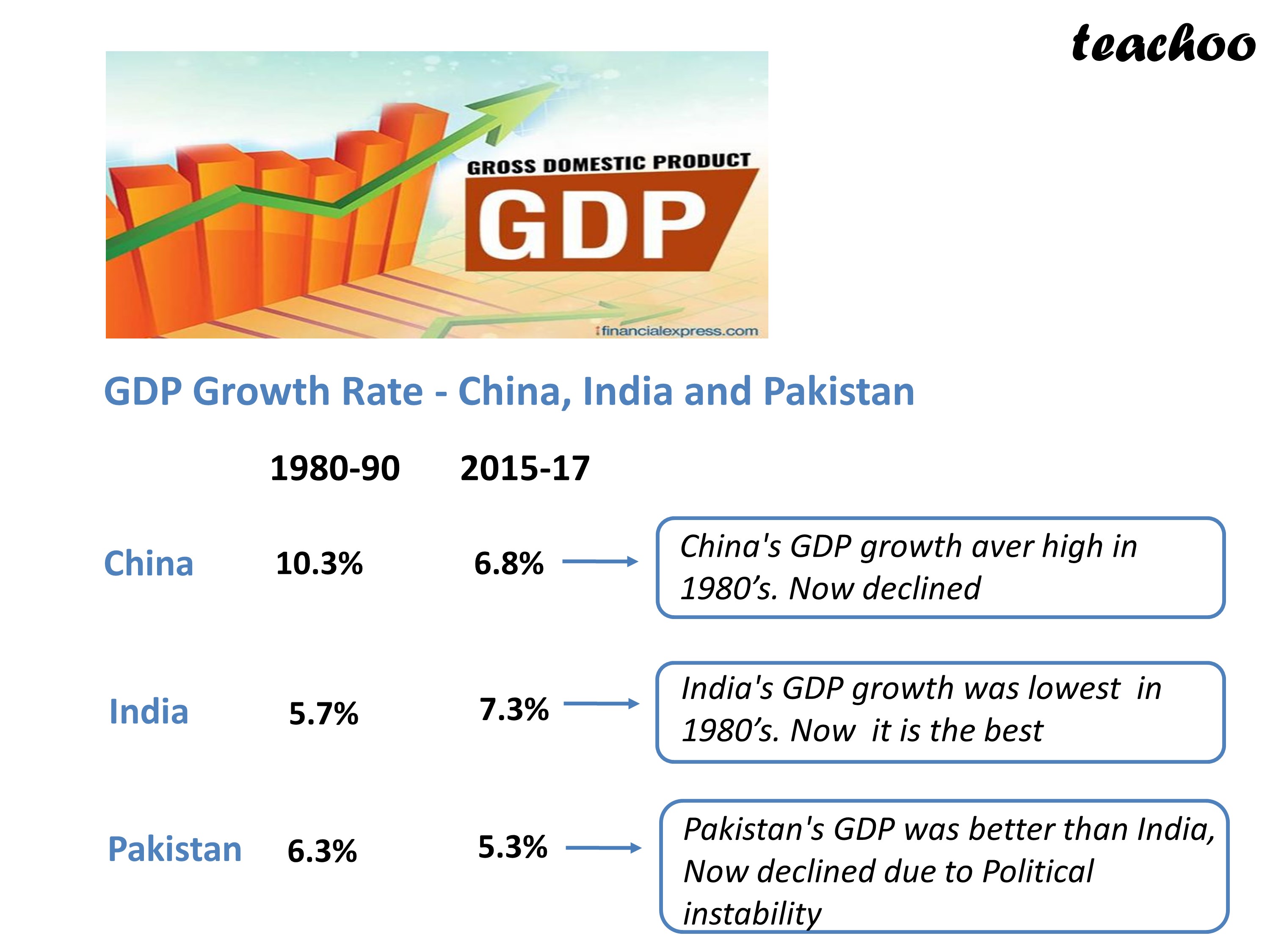 Comment on the growth rate trends witnessed in China and India in the last two decades.

What is GDP Growth Rate?

Value of Goods and Service Produced in 1 year in the country is called GDP.

Increase in GDP Compared to previous year in % is called GDP Growth rate.