Chapter 1 IED Indian Economy On The Eve Of Independence

Britishers initiated commercialisation of agriculture that helped in achieving self-sufficieny

This also increased the social and economic growth

This helped in keeping a check on famines

This was further used by Indian politicians 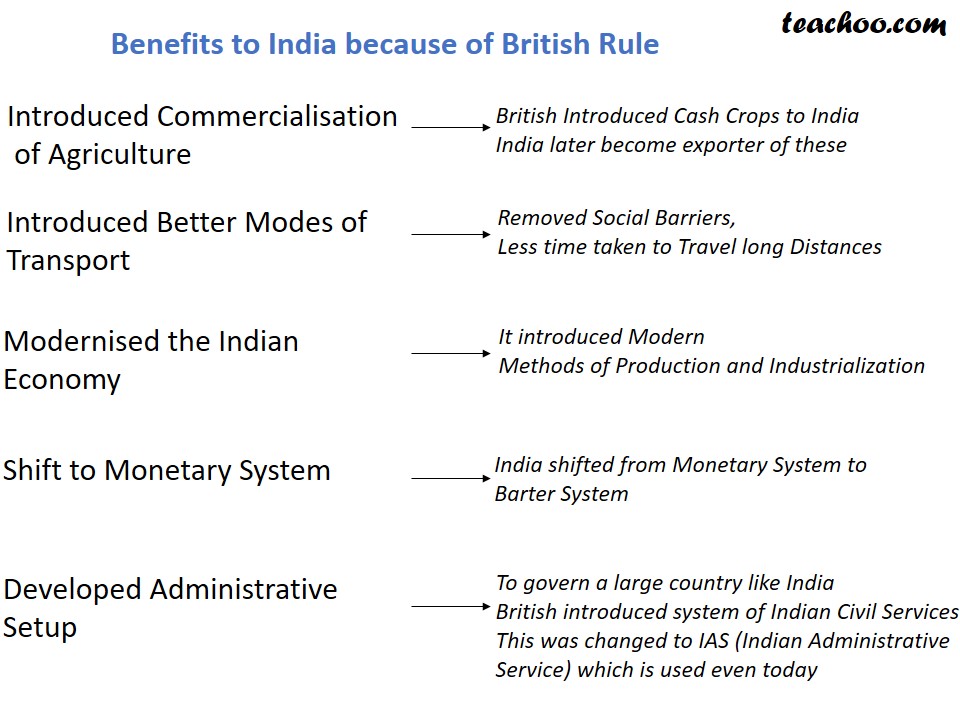