Questions from Inside the chapter

Liquids generally have lower density as compared to solids. But you must have observed that ice floats on water. Find out why.

Anything which is less dense than water, floats on water

Usually solids have higher densities than liquids, and hence the solids sink in liquids.

Ice is less dense because when water freezes into ice, it has space in it which contains air.

Whereas water does not have any such space in it. 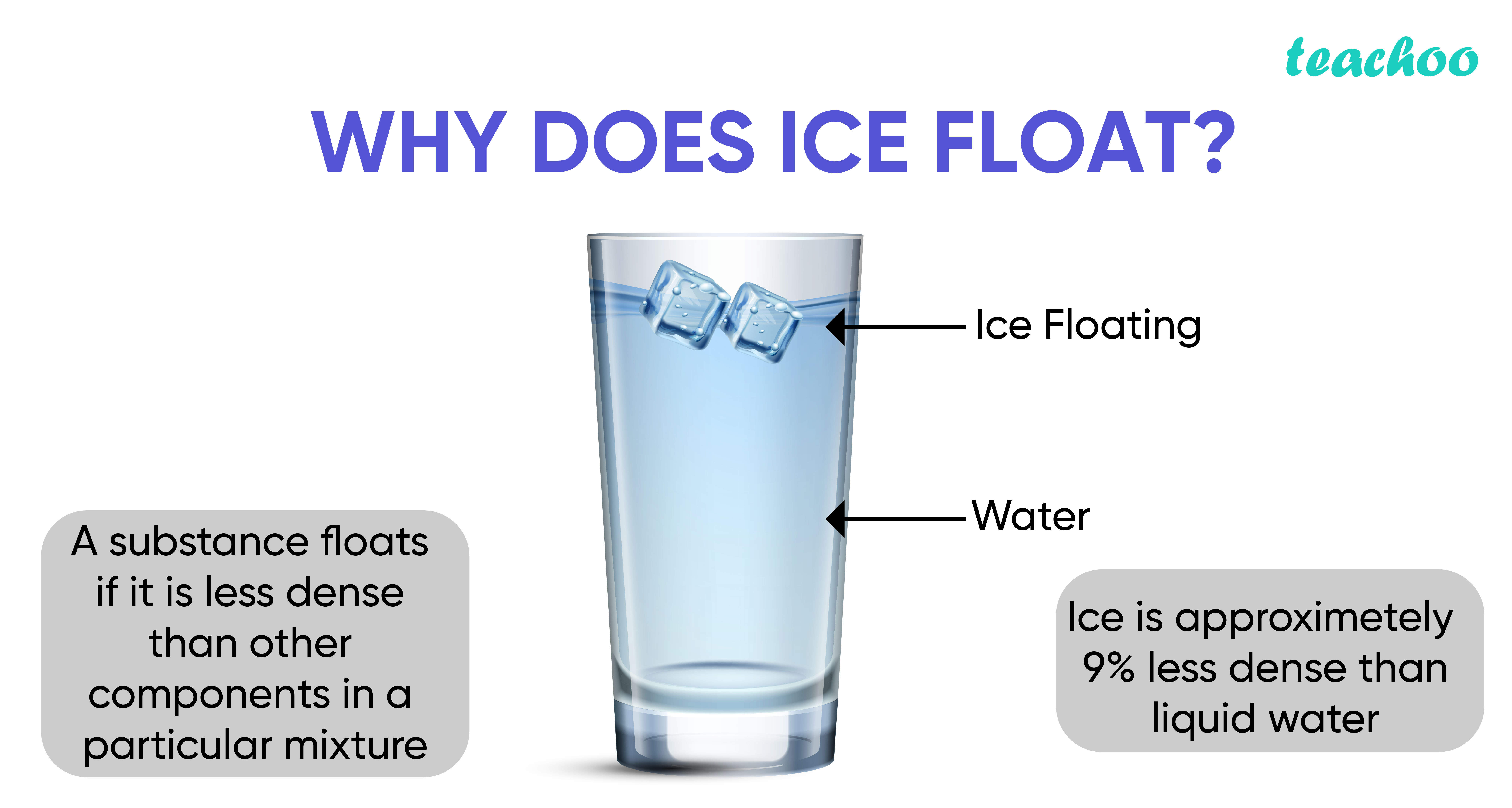