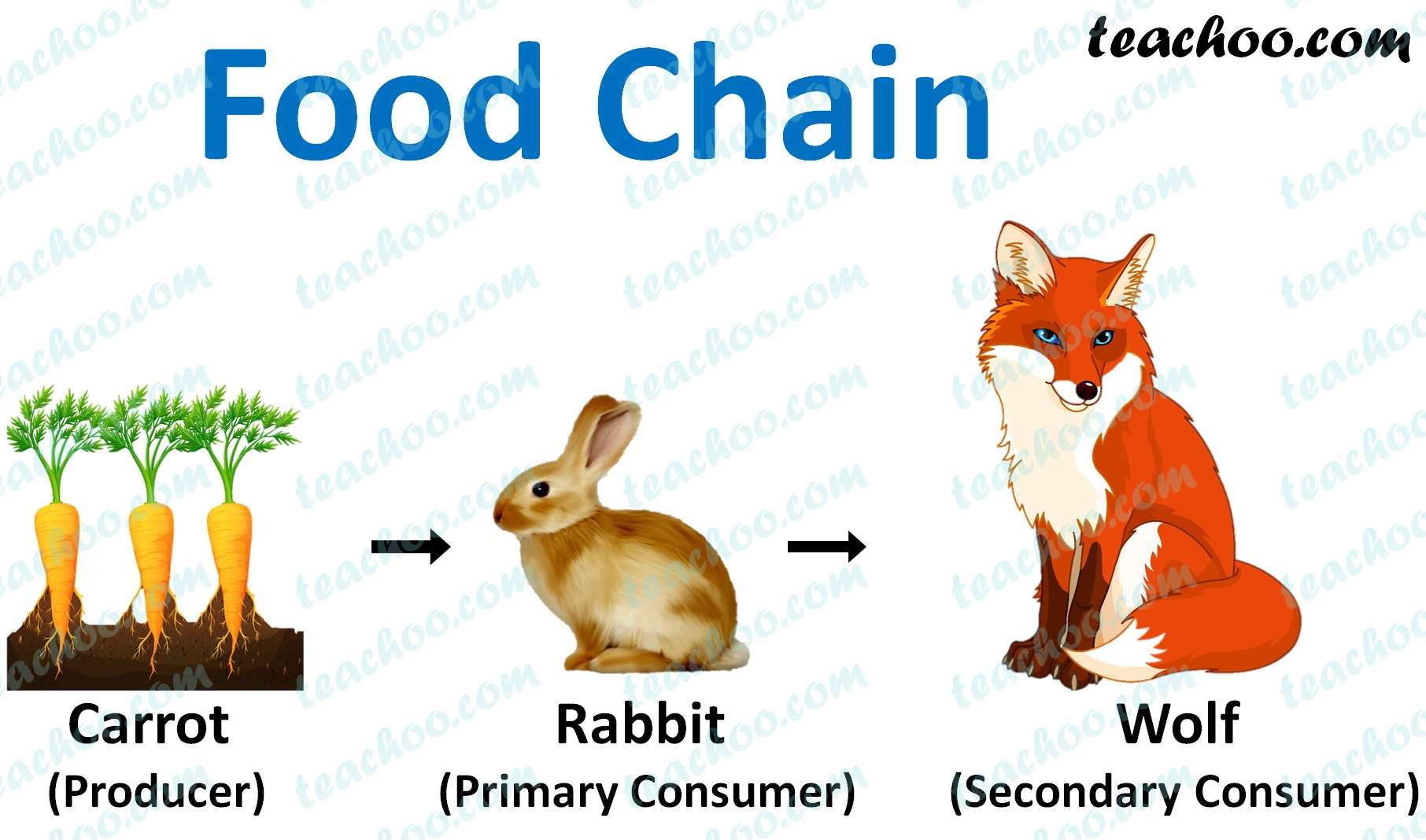 If the producer is removed

If all the producers are removed, then all the rabbits which feed on the carrot would starve to death.

Hence, all the food chains containing rabbits would be affected.

The death of all the rabbits would also affect the wolves, whose food is gone.

Now they may look for other prey and hence disturb other food chains. Or they may die due to starvation

If the primary consumer is removed

If all the rabbits(primary consumers) are removed, the food of the wolves will be gone.

Hence, some of the wolves might die out of starvation.

This can affect other food chains which involve wolves.

Some wolves might as well look for other prey as food, and hence disturb other food chains.

If the tertiary consumer is removed

If the wolves (tertiary consumers), are removed, then the population of rabbits would increase.

This would lead to an increase in consumption of producers (grass) and a time would come when the producers would get finished and the fertile land will turn barren.


Hence, No, all the organisms of any trophic level can not be removed without causing any damage to the ecosystem