Chapter 13 Class 10 Magnetic Effects of Electric Current.pdf
The password to open the file is -    teachooisbest

The incorrect statement is (c) If magnetic field lines are parallel and equidistant, they represent zero field strength

If the key in the arrangement (Figure 13.1) is taken out (the circuit is made open) and magnetic field lines are drawn over the horizontal plane ABCD, the lines are 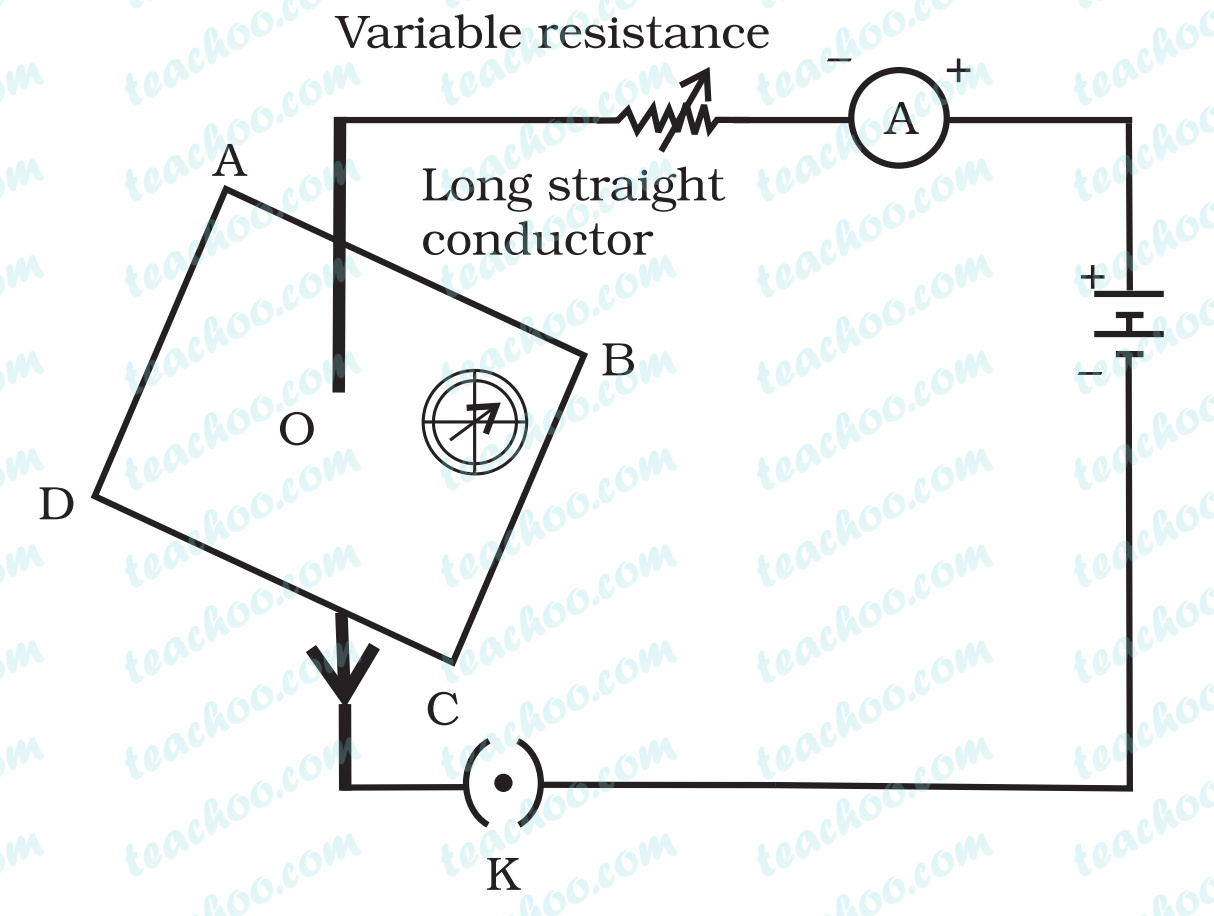 (b) elliptical in shape

(c) straight lines parallel to each other 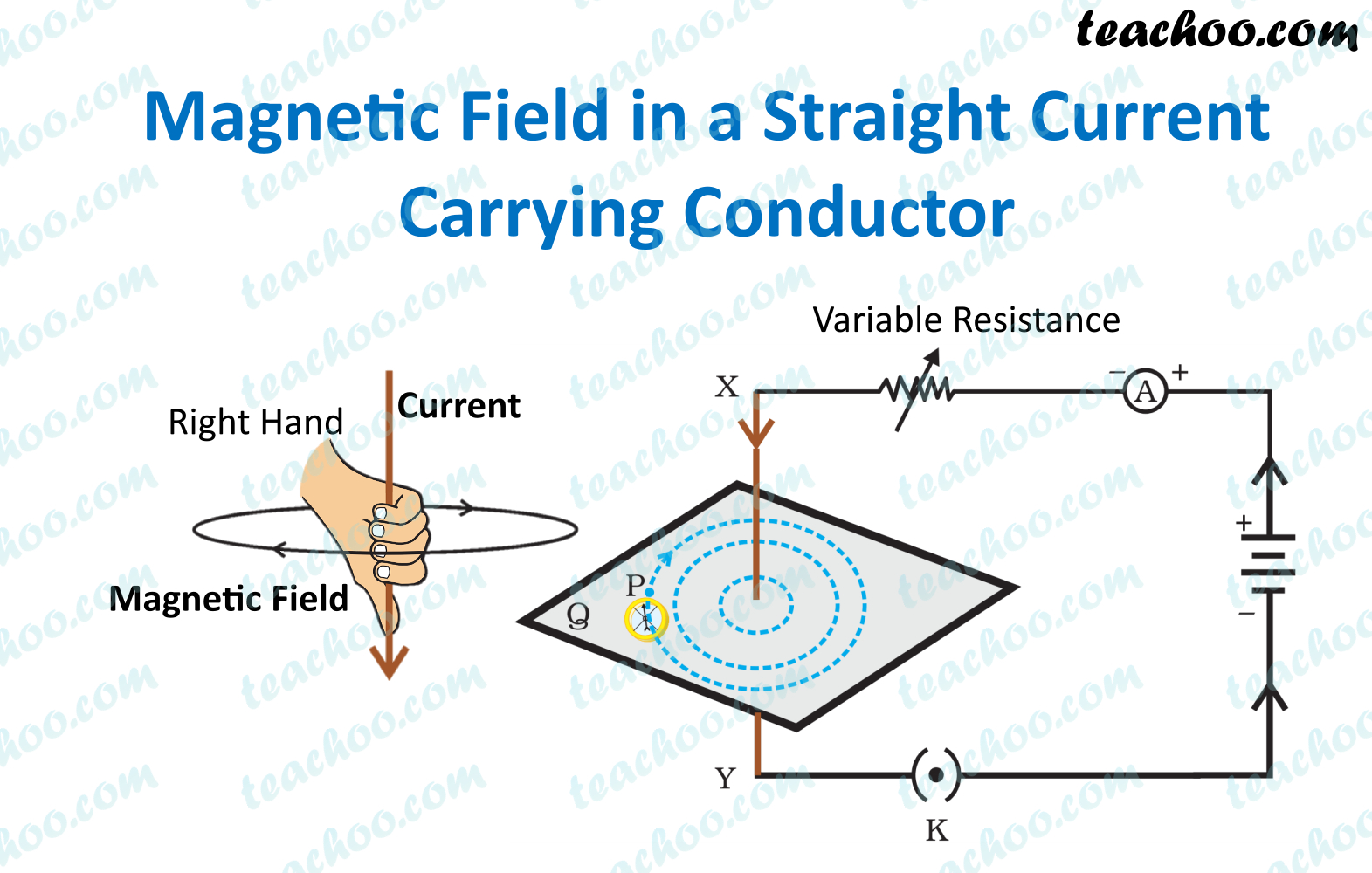 The magnetic field lines produced by a straight current carrying conductors are in the form of concentric circles.

A uniform magnetic field exists in the plane of paper pointing from left to right as shown in Figure 13.3. In the field of an electron and a proton move as shown. The electron and the proton experience 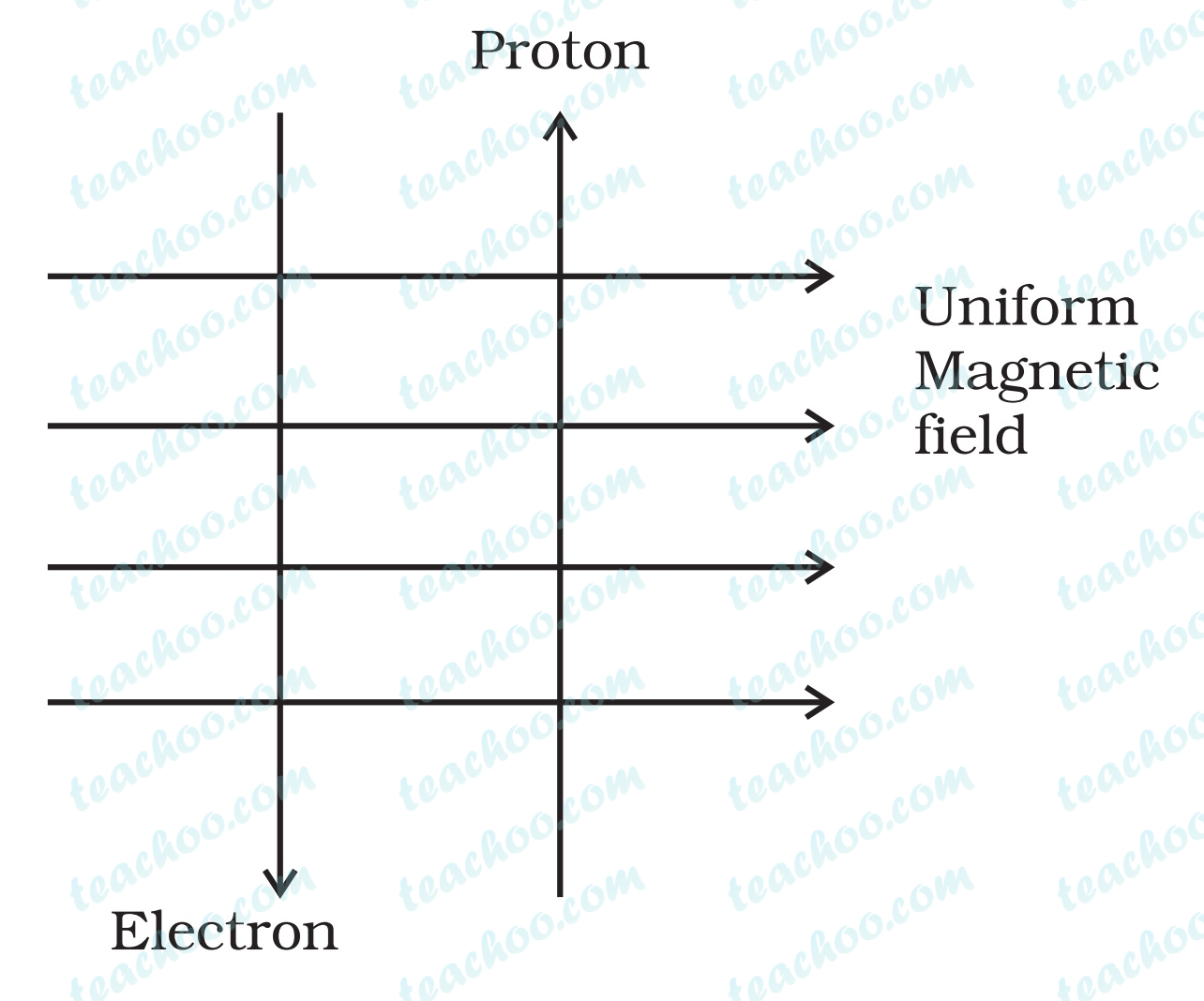 (a) forces both pointing into the plane of paper

(b) forces both pointing out of the plane of paper

forces both pointing into the plane of paper

For Proton and Electron

So, for both Proton and Electron,

Direction of Current i s upwards i.e. from South to North

And, Magnetic field is from West to East (Left to Right ) 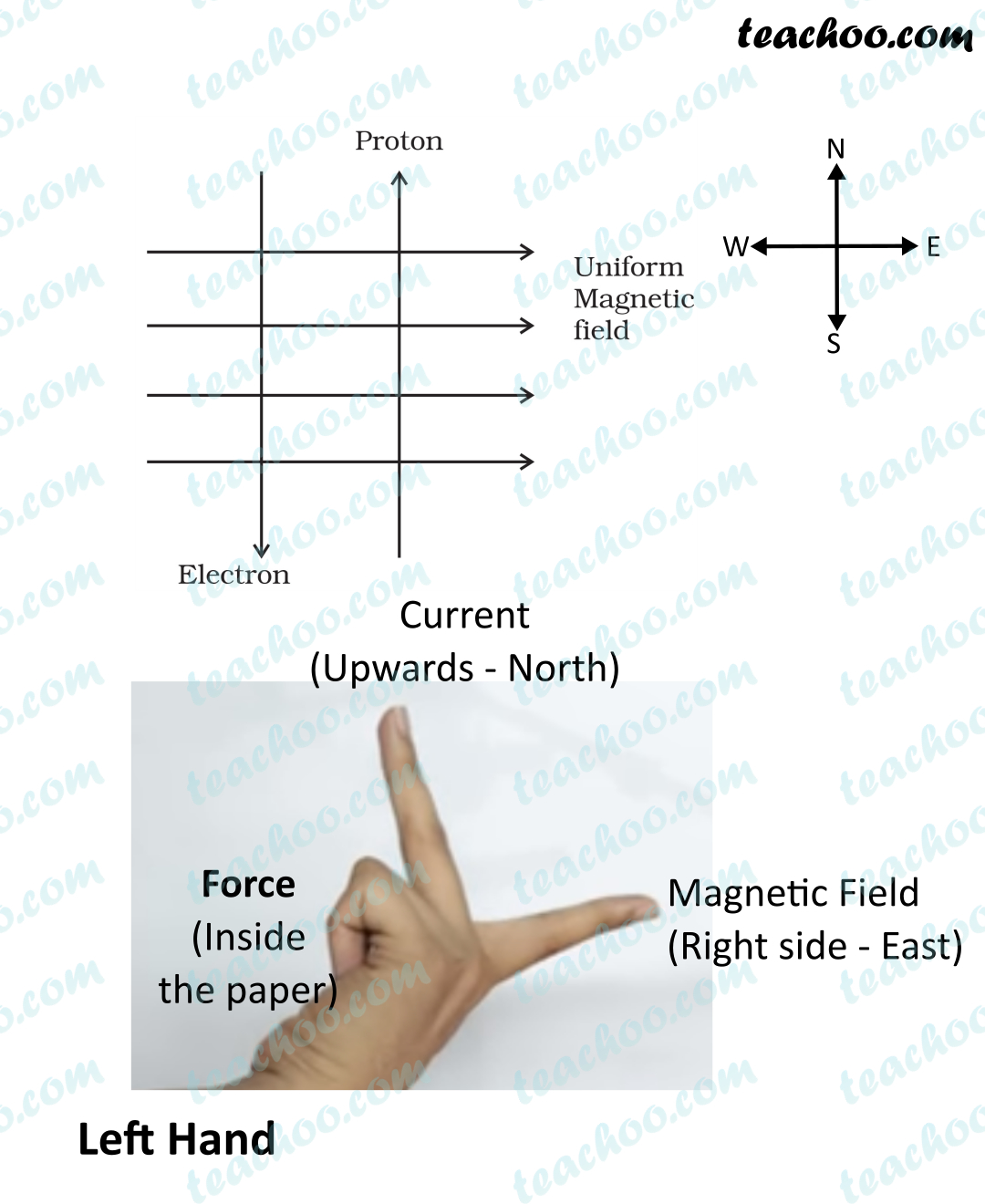 Taking the forefinger, middle finger and thumb of the left hand in mutually perpendicular direction

So, direction of force for both electron and proton is

(d) In India, the AC changes direction after every 1/50 second

Here, (d) is the incorrect statement

Frequency of AC current is 50 Hz

That means that the AC changes direction after every 1/100 second, not after 1/50 seconds

(a) split-ring type commutator must be used

(b) slip rings and brushes must be used

(c) a stronger magnetic field has to be used

(d) a rectangular wire loop has to be used

(a) split-ring type commutator must be used

Split rings are used to reverse the direction of current after every half revolution.

If split ring commutator will be used in AC generator, then the direction of current will be reversed after every half revolution.

Hence, a direct current will be produced.