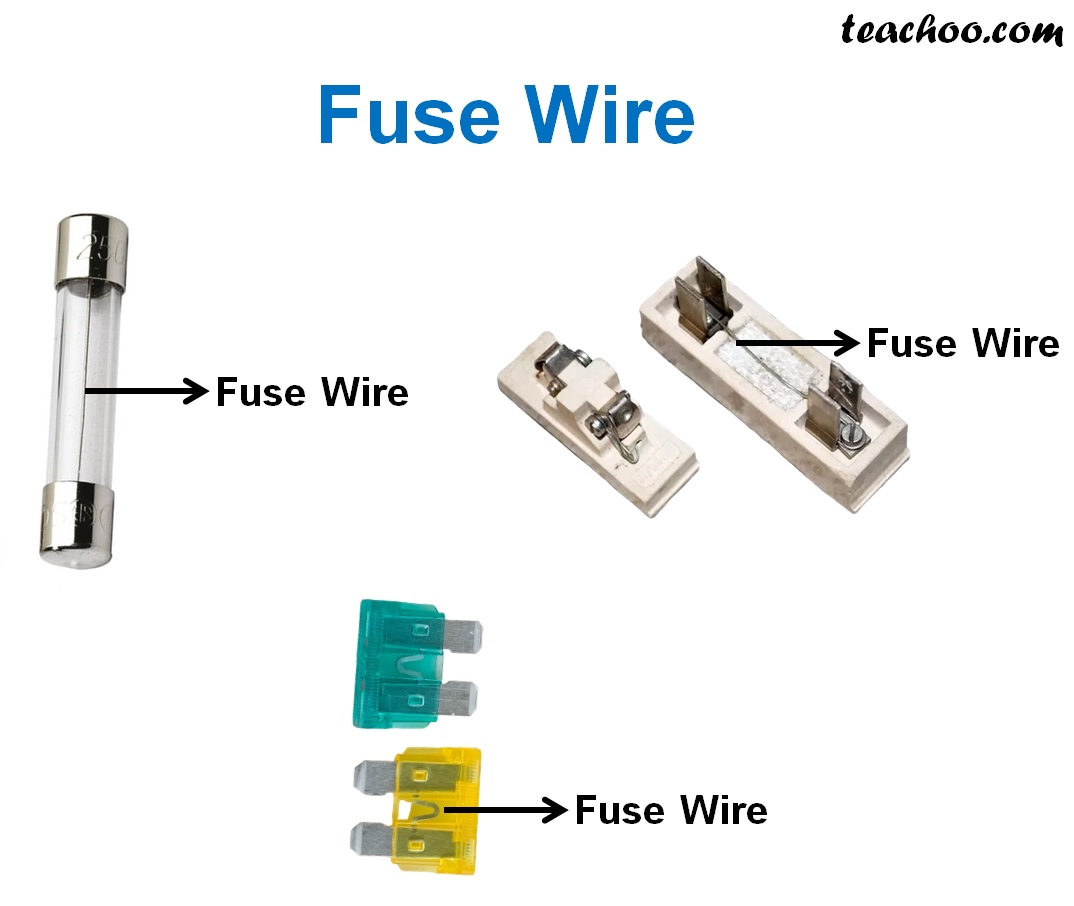 A fuse is a piece of wire of a material with a very low melting point, that is, it melts and breaks as soon as its temperature gets higher than its melting point.

The material used for making fuse have low melting points , hence fuse wires are mainly made up of tin, lead or zinc.

How does a Fuse Wire work?

A fuse is used in a circuit to avoid overloading or short circuiting.

When a current higher than the rating of the fuse flows through it, the fuse wire gets heated and melts.

This breaks the circuit and protects the appliances from getting damaged. 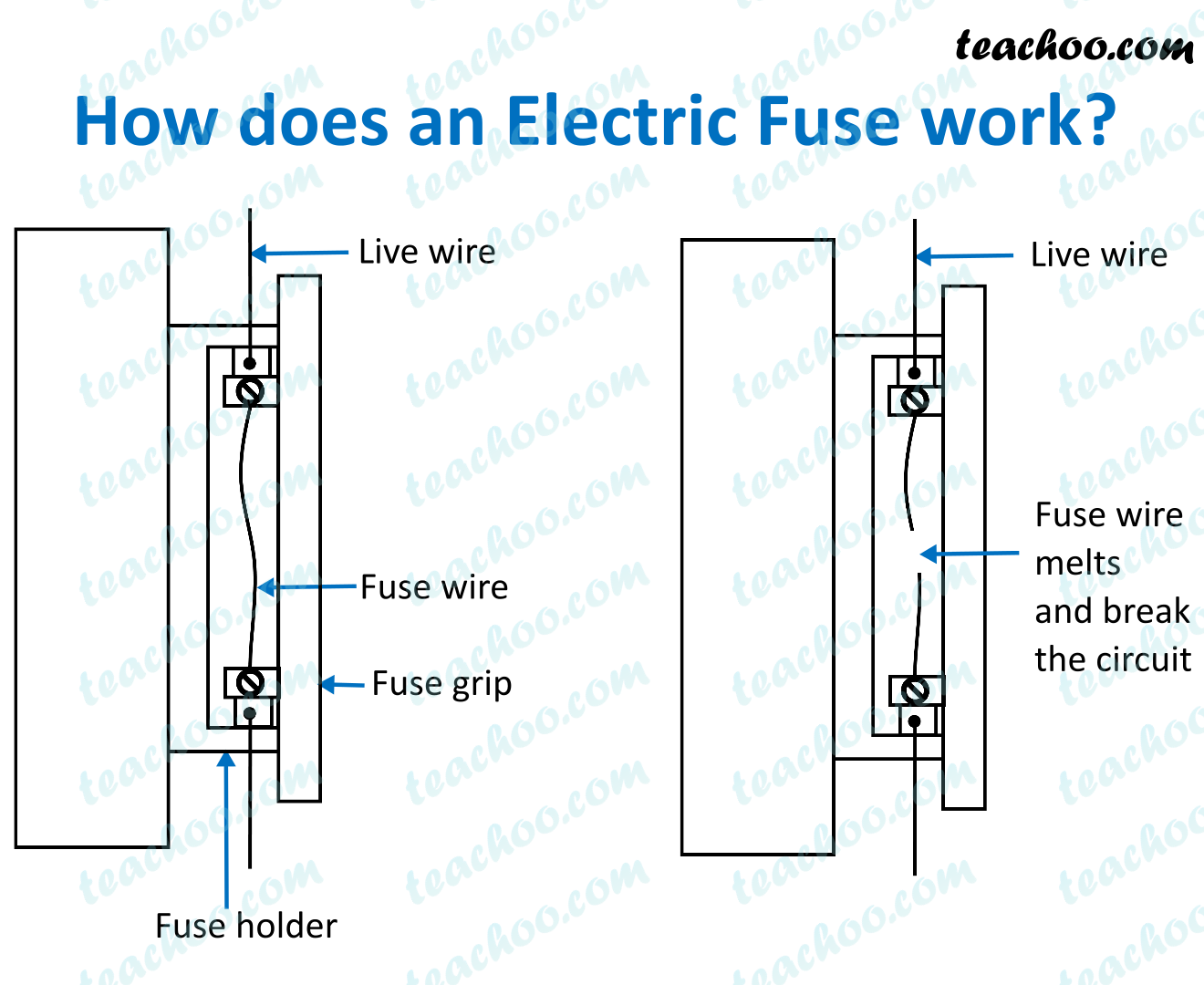 An ideal fuse must have the following properties

The appliances which work on large current have fuse of higher current ratings.

The appliances which work on small current have fuse of smaller current ratings.