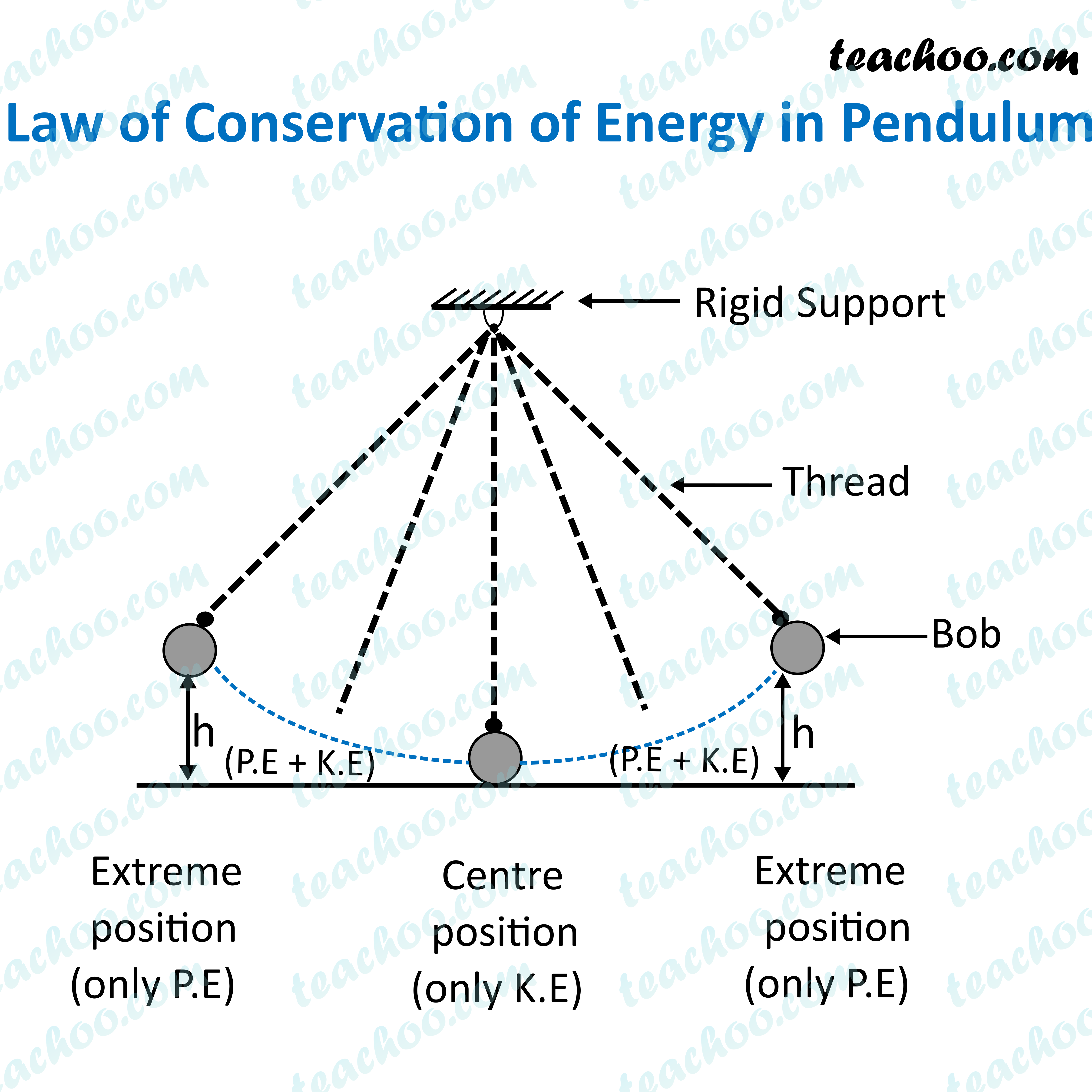 A pendulum is a body which hangs from a fixed point and shows back and forth motion.

When bob is on right side, not released

Since it has some height and it is not moving

It has Potential Energy but not Kinetic Energy

When bob is released

When bob is released from hand, the bob loses potential energy and gains kinetic energy

When it reaches center position

It has only kinetic energy but no potential energy

This kinetic Energy makes the bob move towards left side

As it moves upwards towards other side, kinetic energy decreases and potential energy increases

When bob reaches max left side

Hence, Total Energy in all cases remain constant at 10 Joules

Hence, the law of conservation of energy is not violated in case of a simple pendulum since the energy is always conserved.

Eventually the bob comes to rest

During each oscillation, some energy gets transferred to the air due to overcome air friction.

So, Kinetic Energy of pendulum is lost due to air friction and the pendulum stops