It is the process of improving life of people

Only when a person is able to read and write, they will be able to make other choices when they value 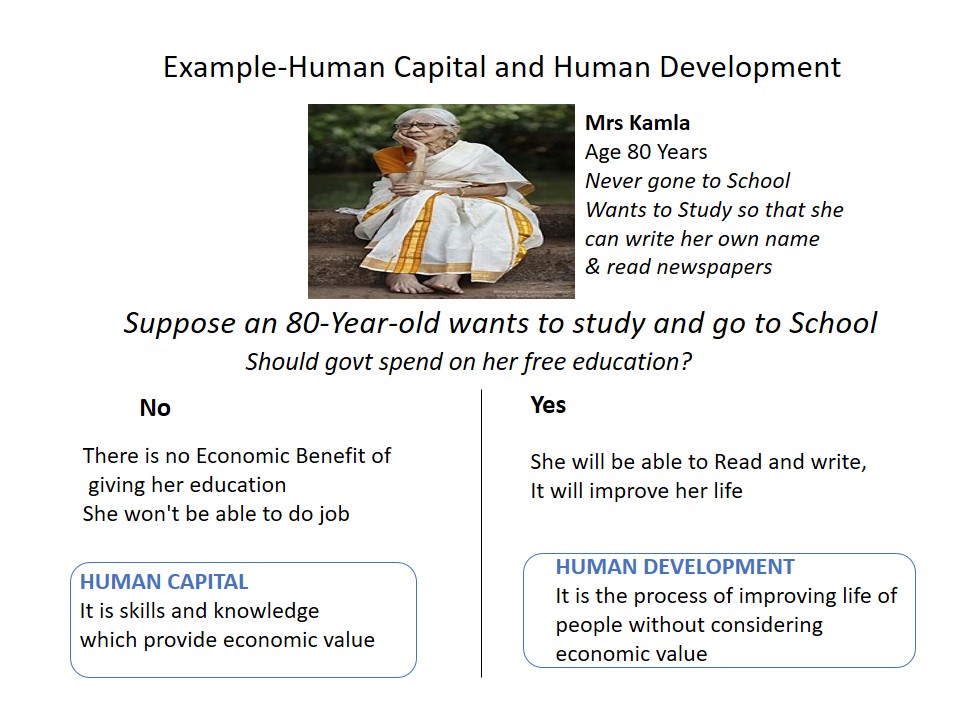 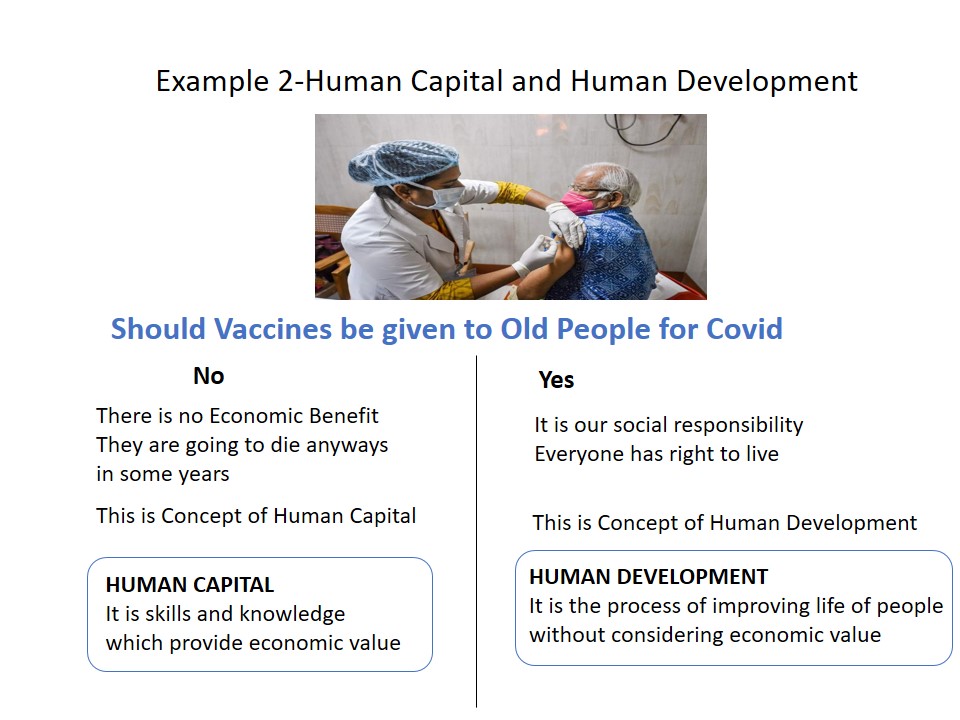 How is human development a broader term as compared to human capital? 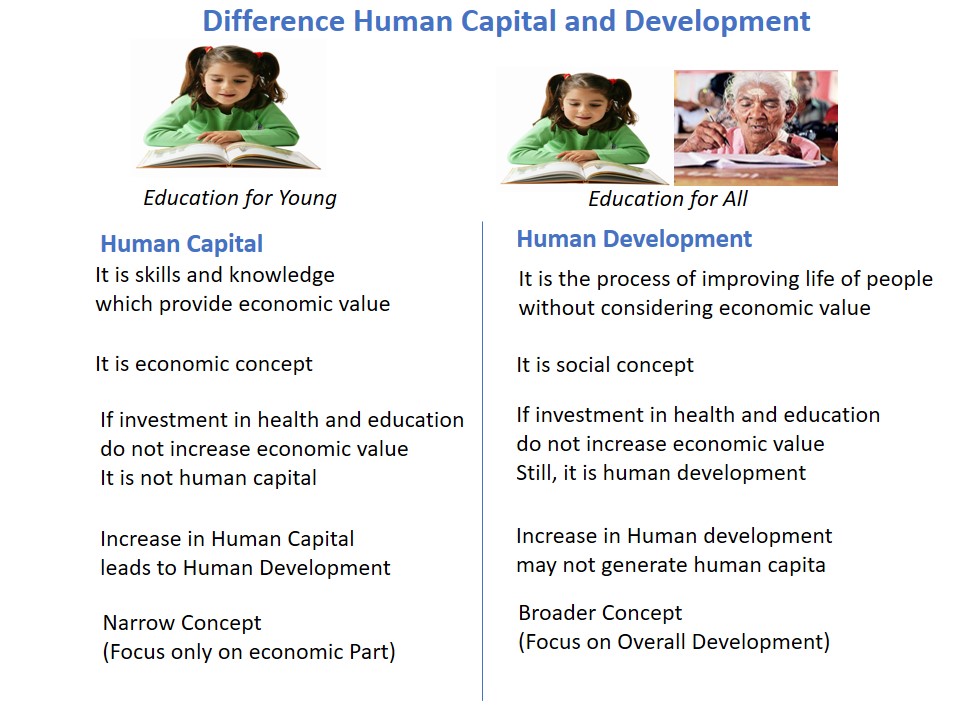 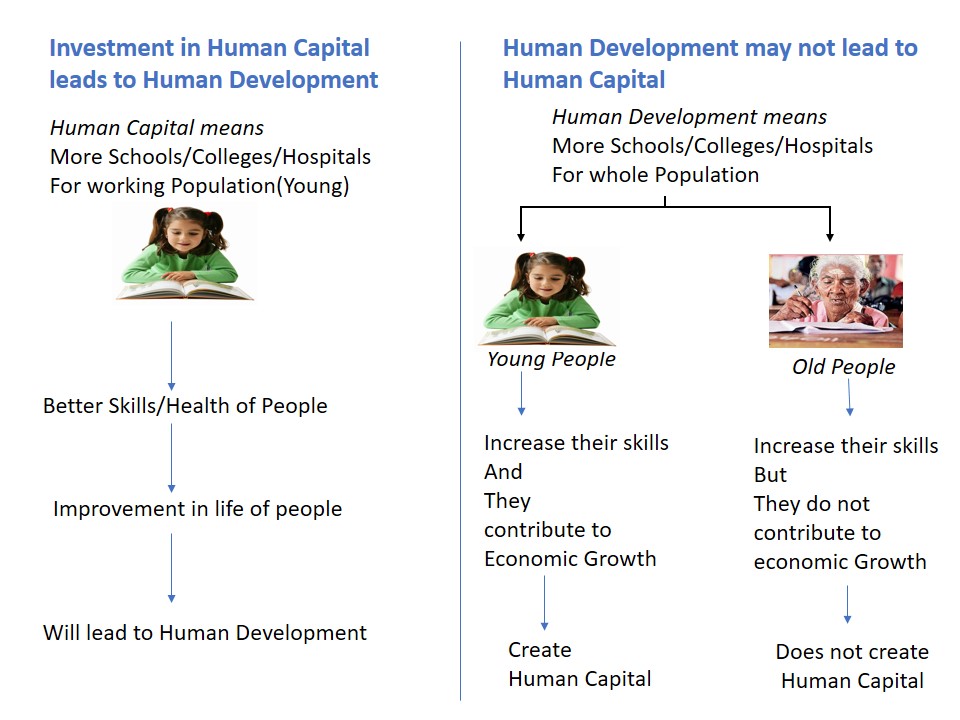 "Bring out the differences between human capital and human

A Human Capital is an economic concept, human development is a social concept

D Human Capital is a narrow concept, human development is a broad concept

The statement is incorrect,

D None of the above

Human Development considers human being as an end in themselves