Study the given flow chart and answer any of the  four questions from (a) to (e). 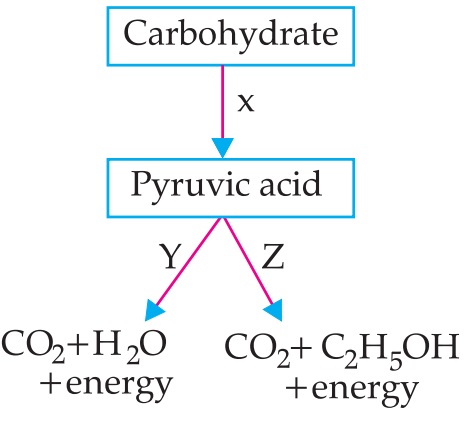 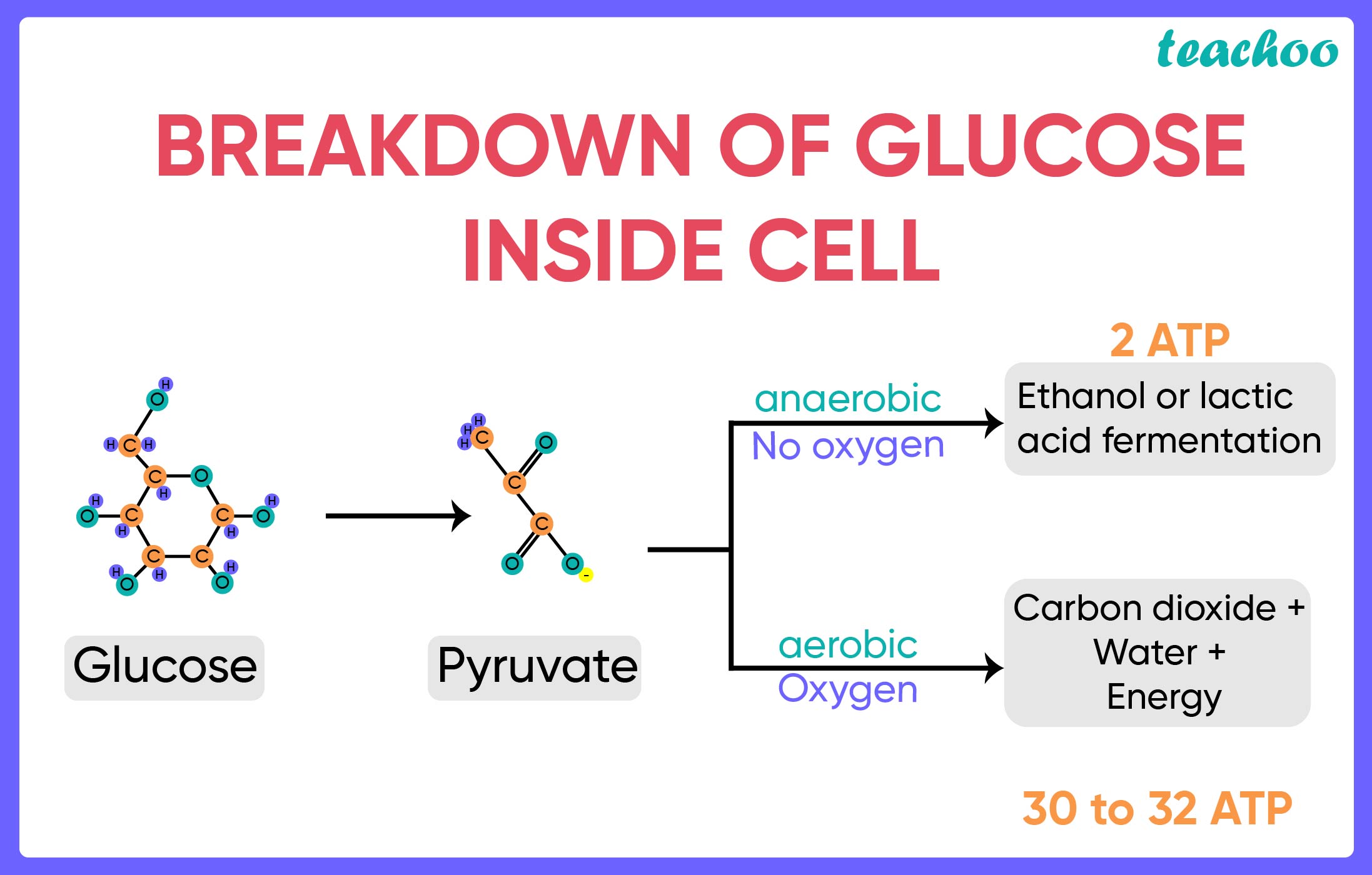 Thus, X is Glycolysis, Y is Aerobic, Z is Anaerobic 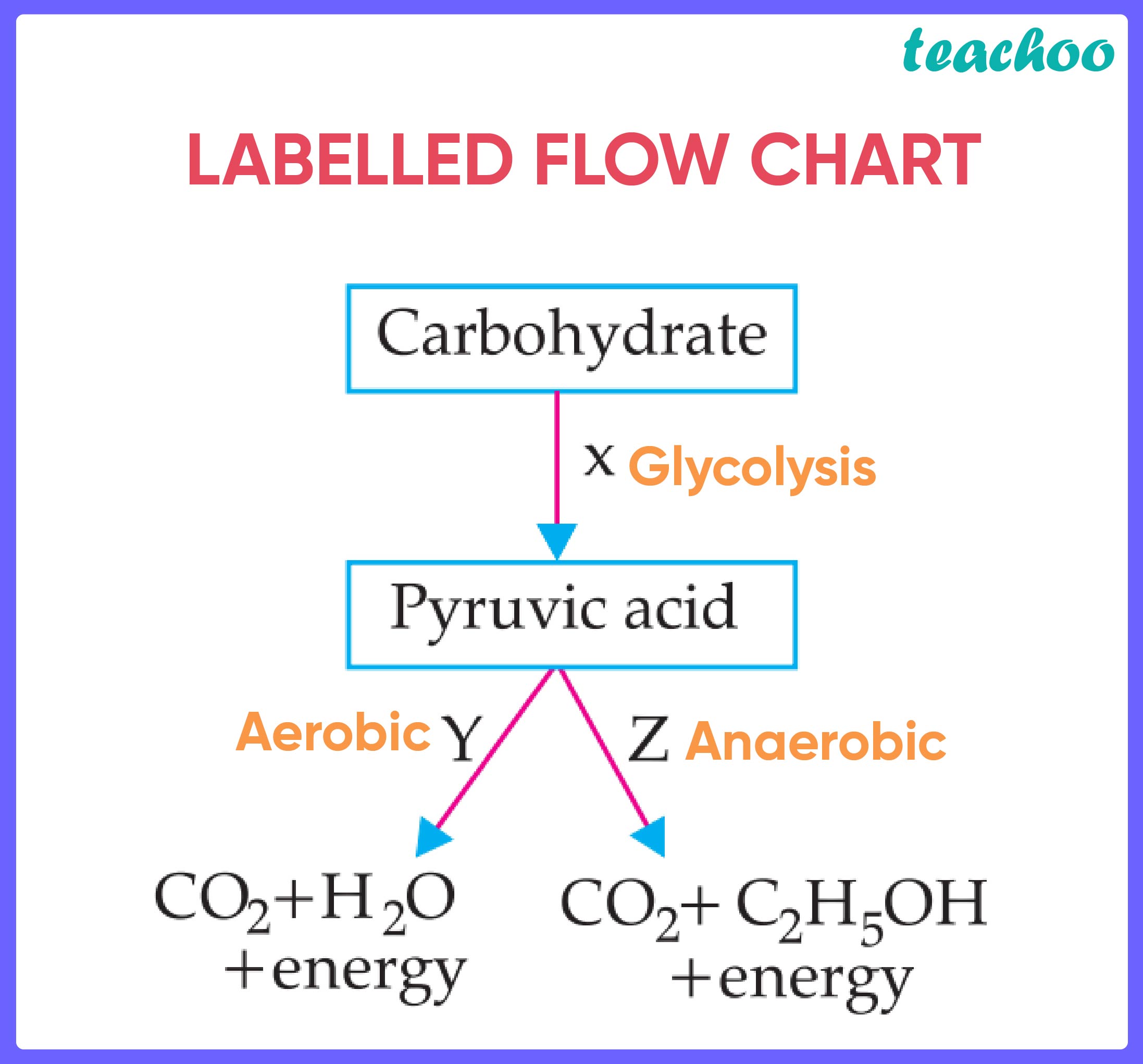 So, the correct option is (iii)

(i) Mitochondria and cytoplasm respectively

(iii) Both takes place in cytoplasm

(iv) Both takes place in mitochondria

So, the correct answer is (ii) - Cytoplasm, mitochondria respectively.


(c) In which of these organisms the process Z takes  place?

The process Z i.e. anaerobic breakdown of pyruvic acid to produce ethanol and CO 2 is also known as fermentation and it takes place in yeast.

So, the correct answer is (iii) Yeast

(d) In which part of the human body does the process Z take place?

(i) In muscle cells

When we do heavy exercise, there is a scarcity of O 2 due to which the glucose in our muscles breaks down anaerobically.

So, the correct option is (i) In muscle cells


(e) Where does aerobic respiration occur in a cell?

Thus, the correct answer is, (i) Aerobic respiration occurs in the mitochondria of  the cell.