Suhana takes three beakers A, B and C filled with aqueous solutions of glucose, alcohol and hydrochloric acid  respectively as shown in the following figure:

(a) Which of the following statements is correct in  terms of glowing of the bulb when the switch is ON?

(ii) Bulb A and C do not glow but bulb B glows.

(iii) Bulb B and C do not glow but bulb A glows.

(iv) All the bulbs glow.

Due to this, they are unable to conduct electricity and hence, the bulbs A and B do not glow.

On the other hand, dil HCl is an electrolyte i.e. it produces ions when dissolved in water. So, they are able to conduct electricity and hence, the bulb C glows.

So, the correct answer is (i) Bulb A and B do not glow but bulb C glows.


(b) The bulb glows in a solution depending on  whether the solution is:

An electrolyte is a solution which is able to produce ions in aqueous solution.

These ions are responsible for the conduction of electricity .

Therefore, a bulb will only glow if we take an electrolyte because only then ions will be produced and the solution will be able to conduct electricity.

Note : Both Acids and Bases are electrolytes.

So, the correct answer is (ii) an electrolyte


(c) Which of the following are present in a dilute  aqueous solution of hydrochloric acid? 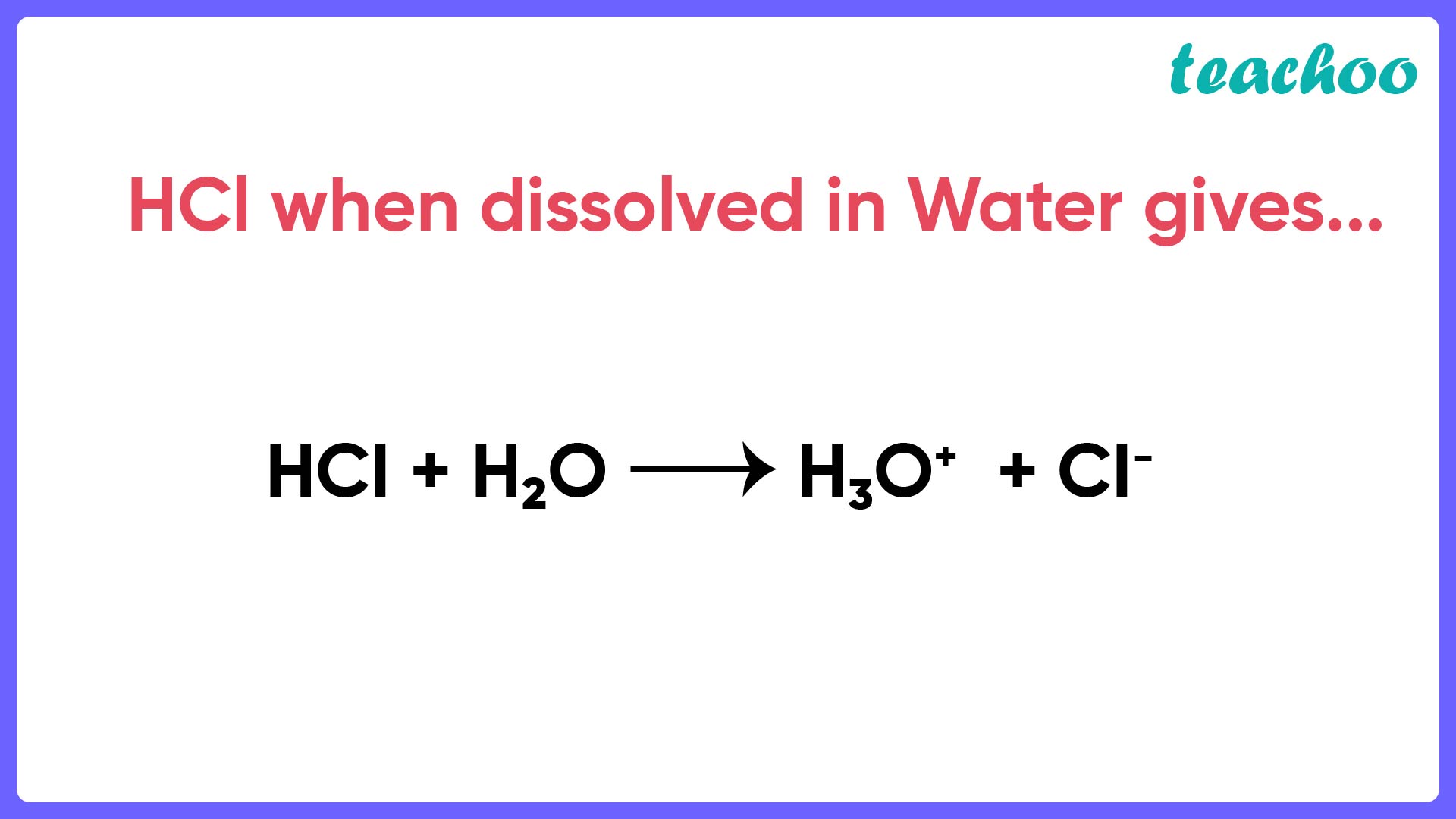 A dilute aqueous solution of hydrochloric acid is an electrolyte and produces H 3 O + and Cl - ions .

So, the correct answer is (i)


(d) Which of the following statement is true if alcohol  is replaced with NaOH solution:

(i) The bulb glows in alcohol but not in NaOH solution.

(iii) The bulb does not glow in alcohol and neither will it  glow in NaOH solution.

(iv) The bulb glows in NaOH solution as well as in alcohol.

Therefore, the bulb will glow if we replace alcohol with NaOH.

So, the correct answer is (ii) The bulb will glow in NaOH solution but not in  alcohol.