The white coloured crystal salt we use at our homes for cooking and other purposes is called common salt and has a chemical name of Sodium Chloride (NaCl). 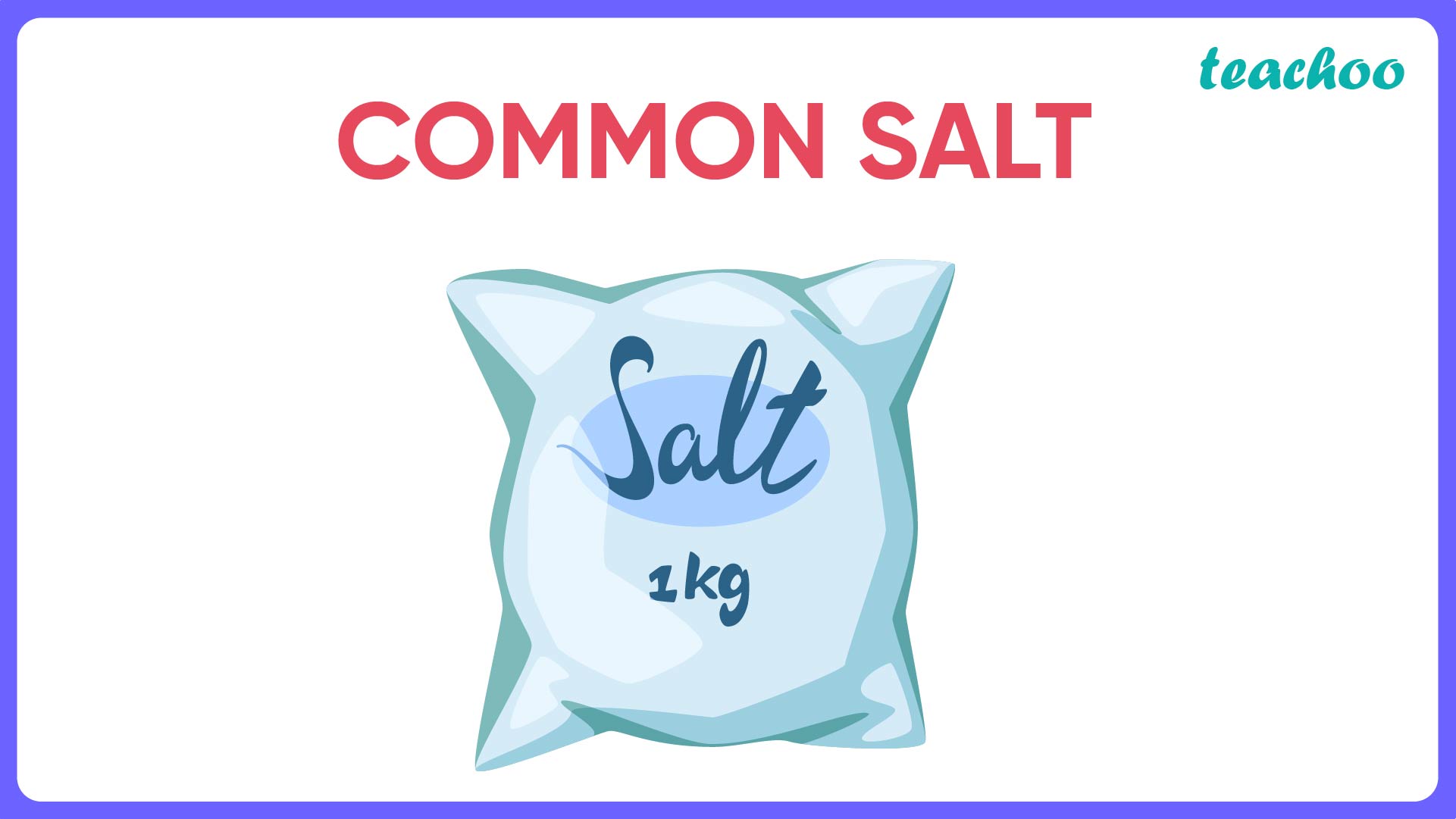 How is common Salt obtained? 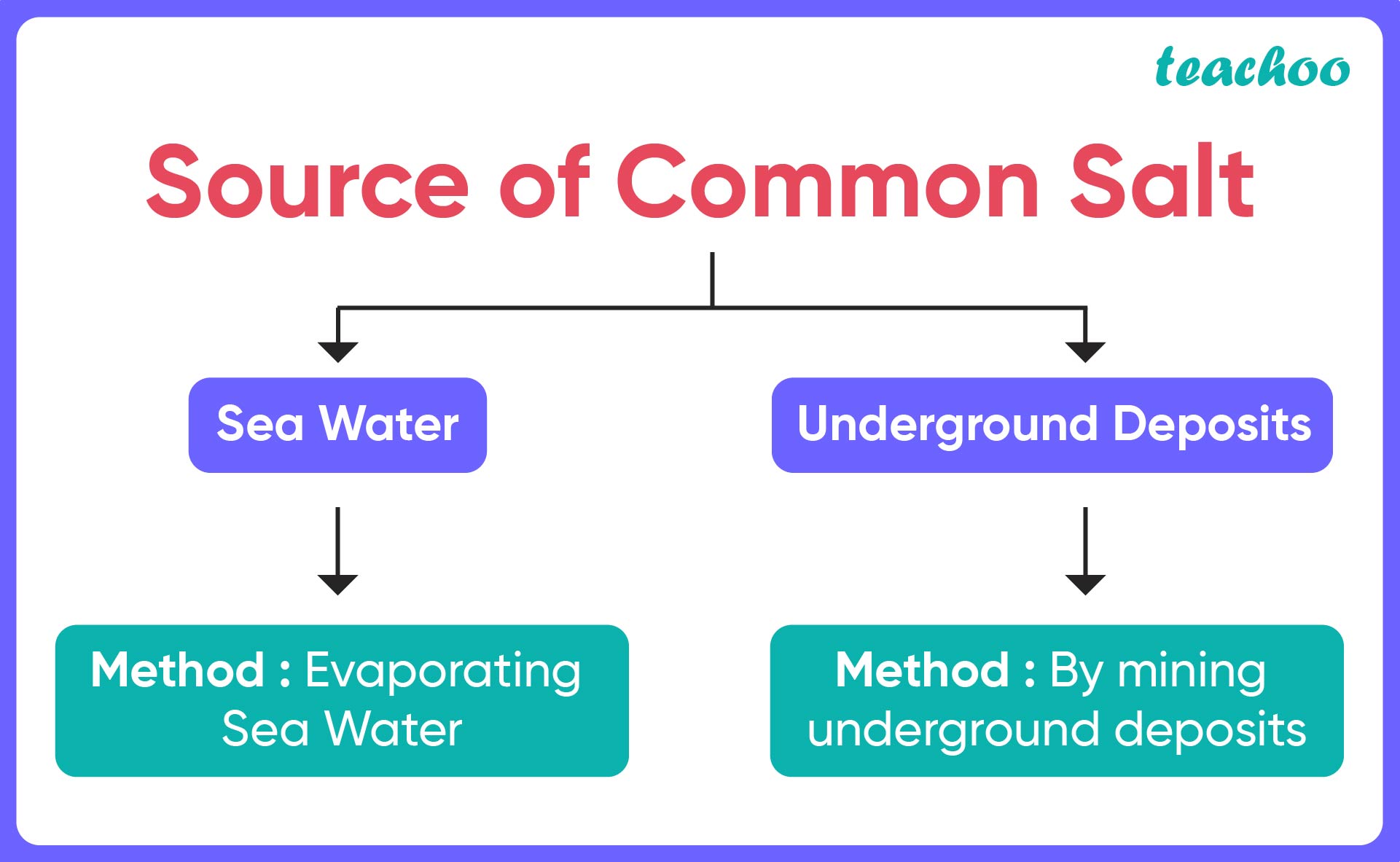 We already know common salt is used for many day to day purposes such as cooking and even in preserving food items. But apart from this common salt has many industrial uses. 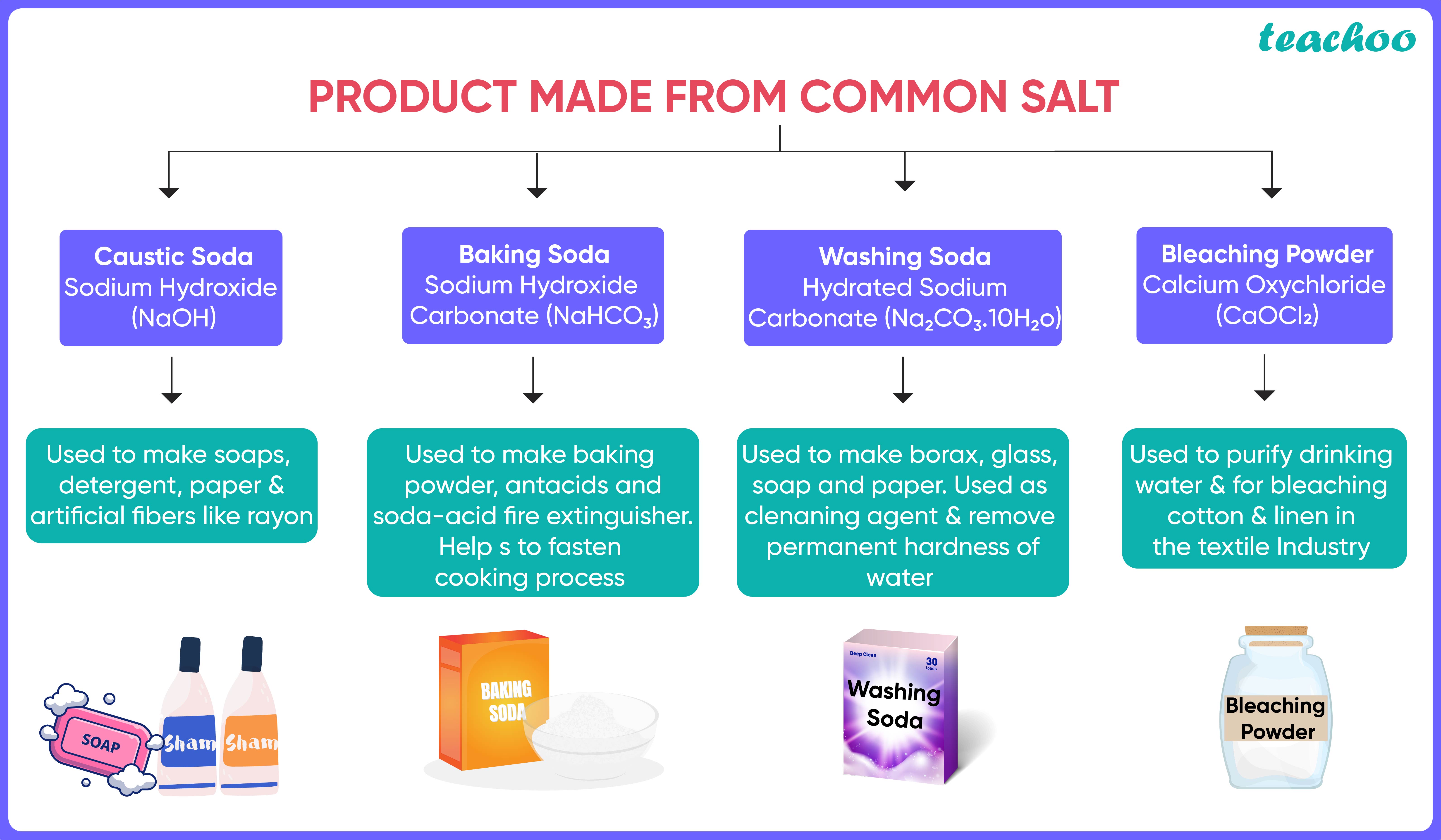 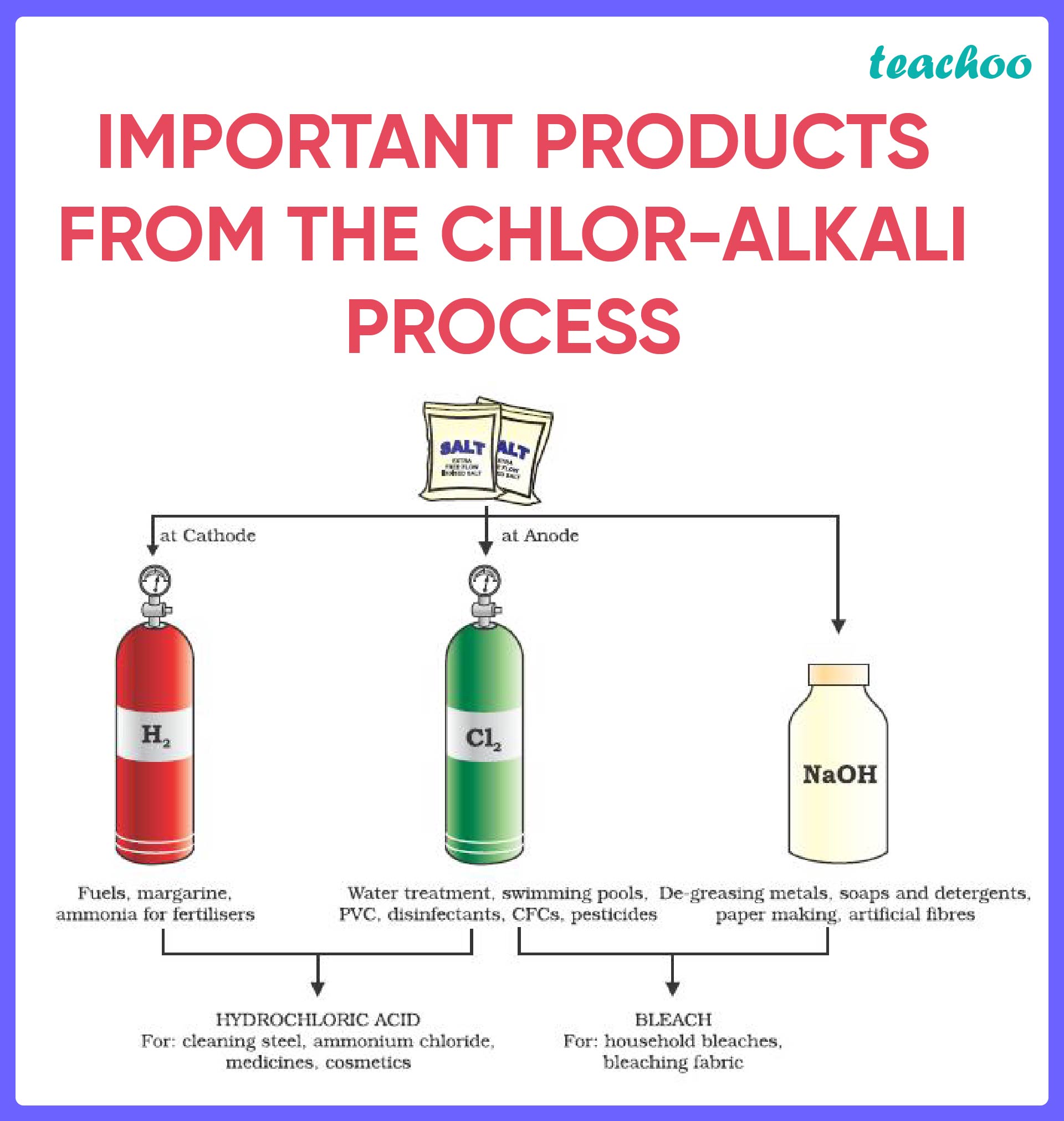 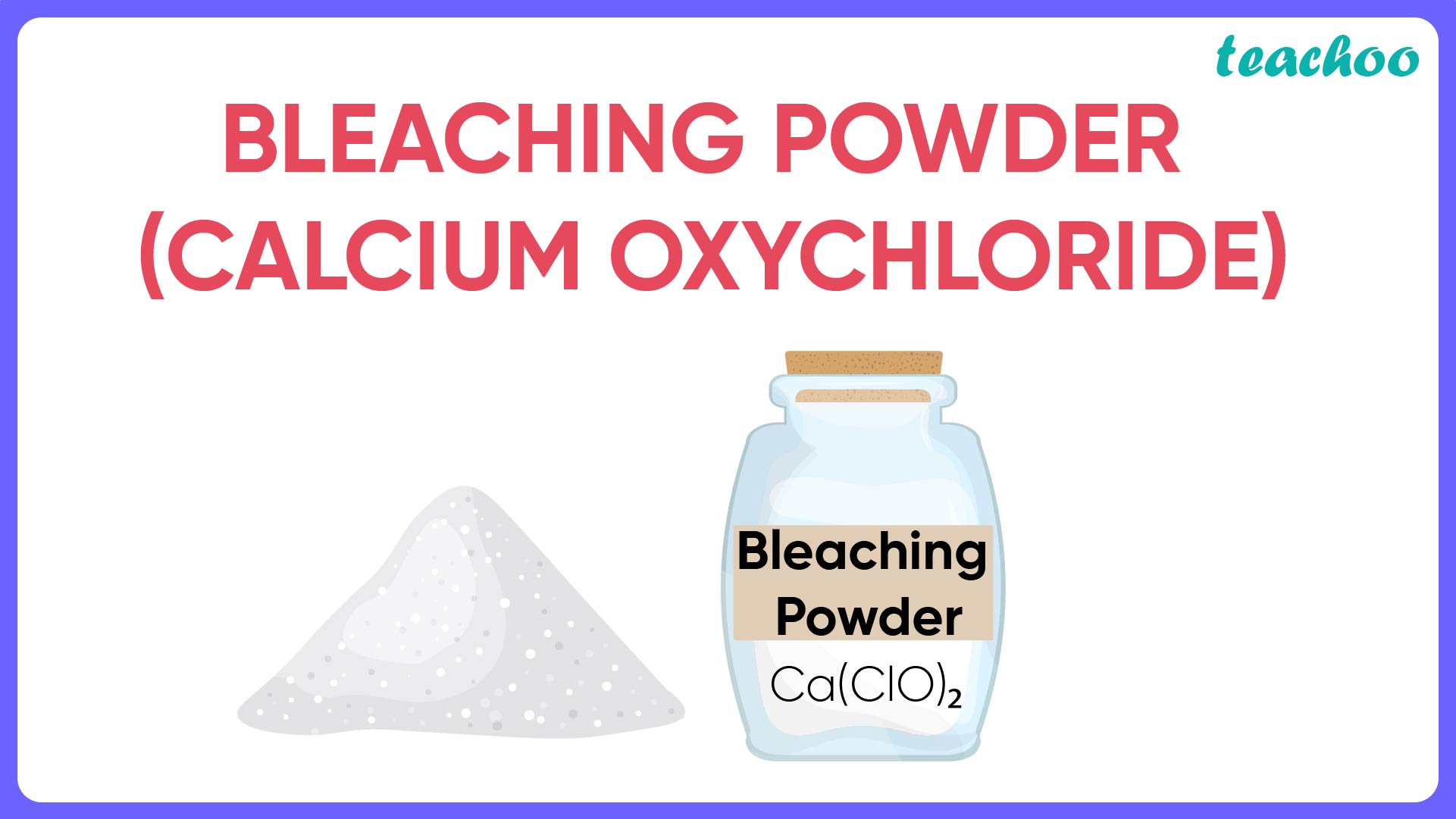 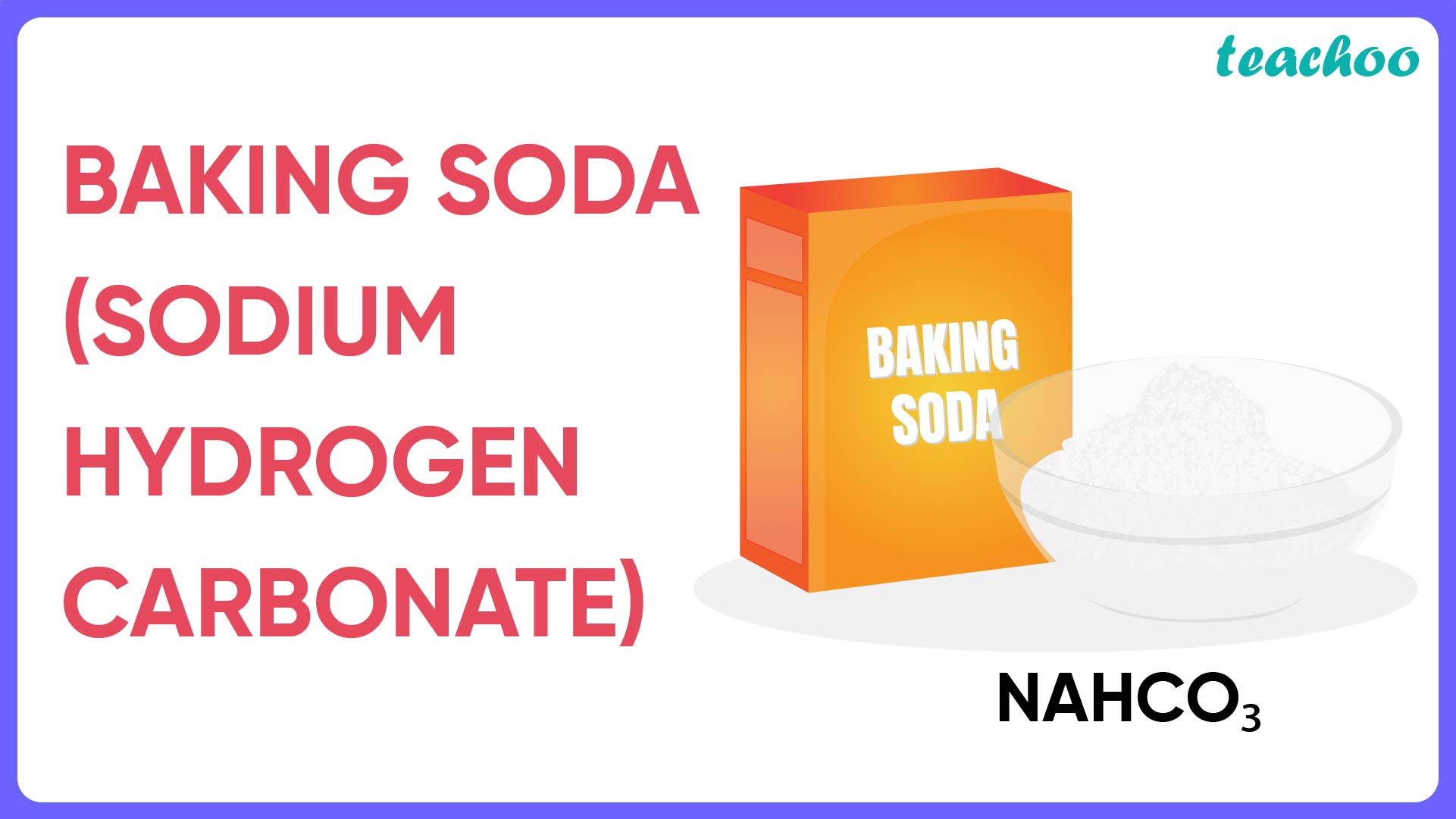 Water of Crystallization and Hydrated Salts

What is water of crystallization? 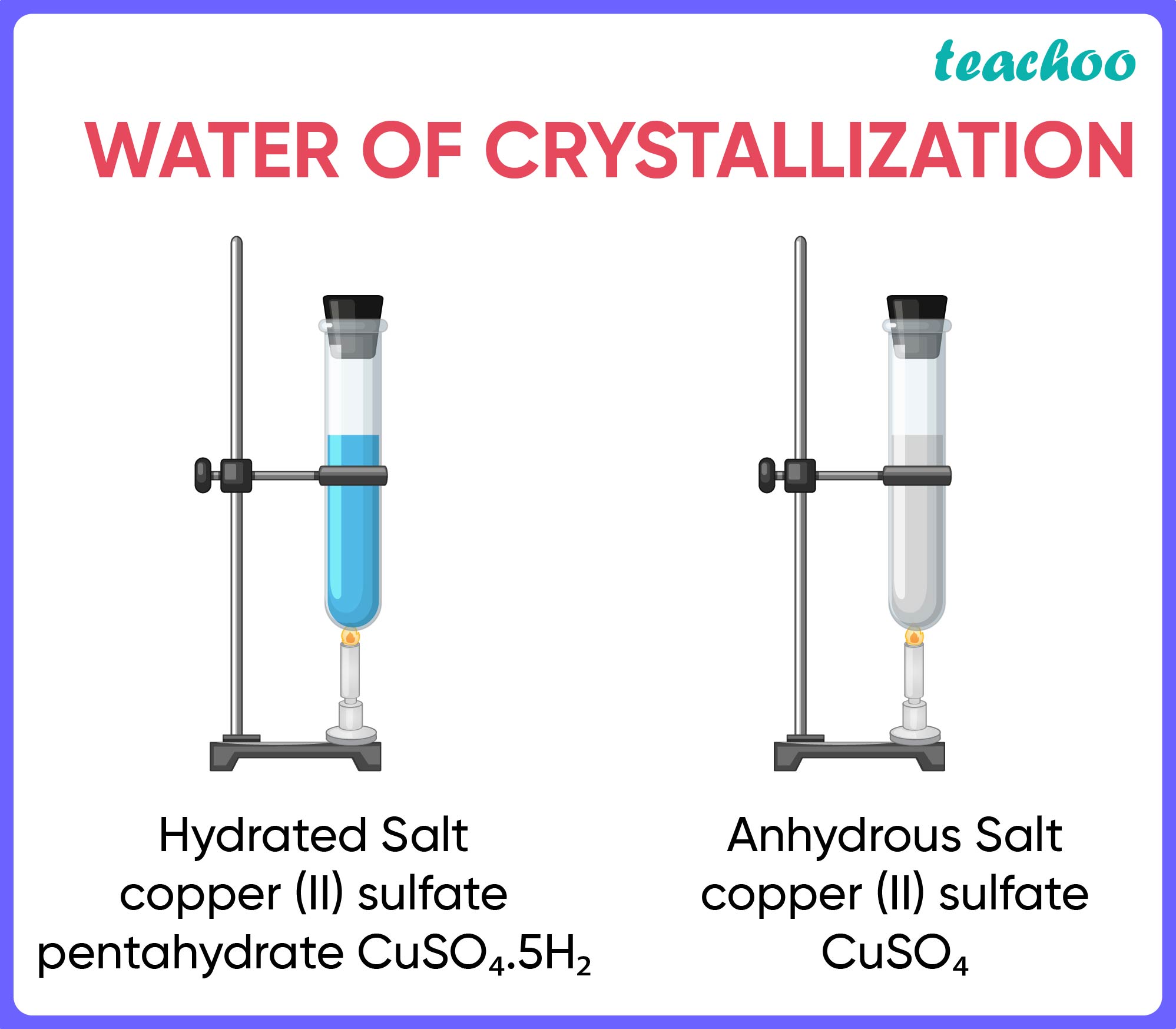 Copper Sulphate (CuSO 4 ) is ideally white in colour and looks like a dry powder. This is because in this form it does not have any water. When we add water to these crystals they turn blue due to the formation of Copper pentahydrate (CuSO 4 . 5H 2 O). These water molecules present in the structure of salts and thus hydrating them is called water of crystallisation. 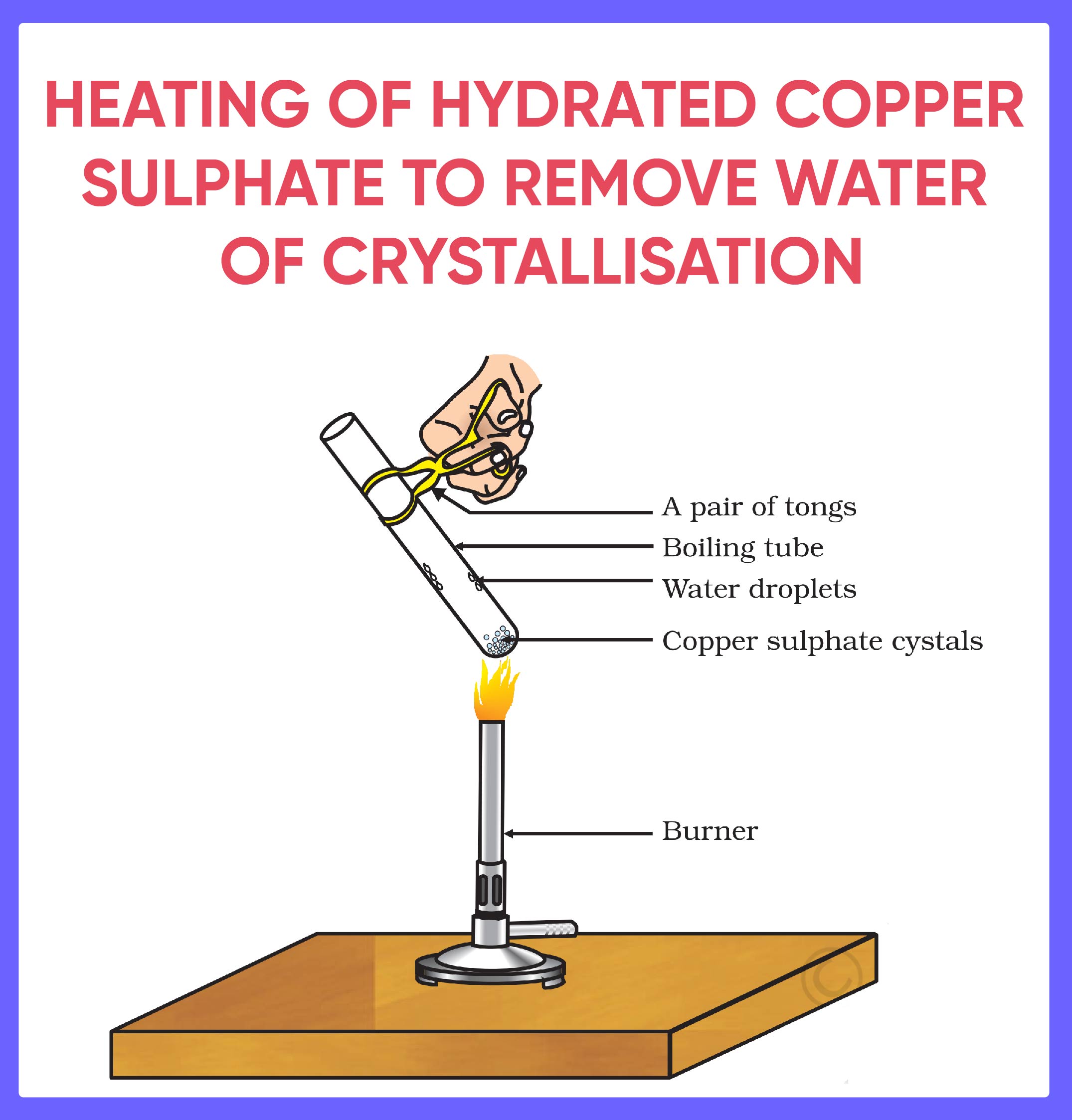 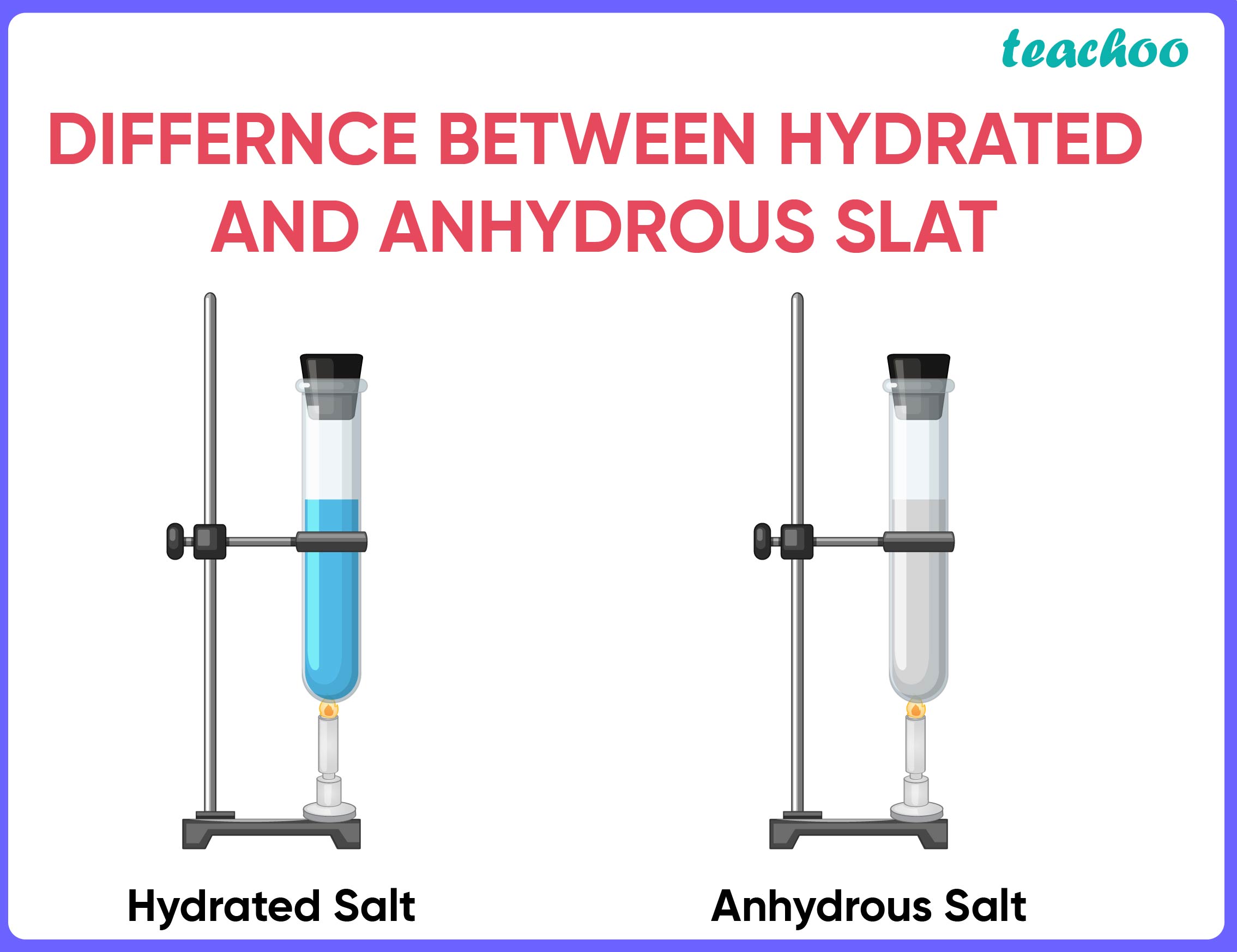 Different Examples of Hydrated Salts and Water of Crystallization 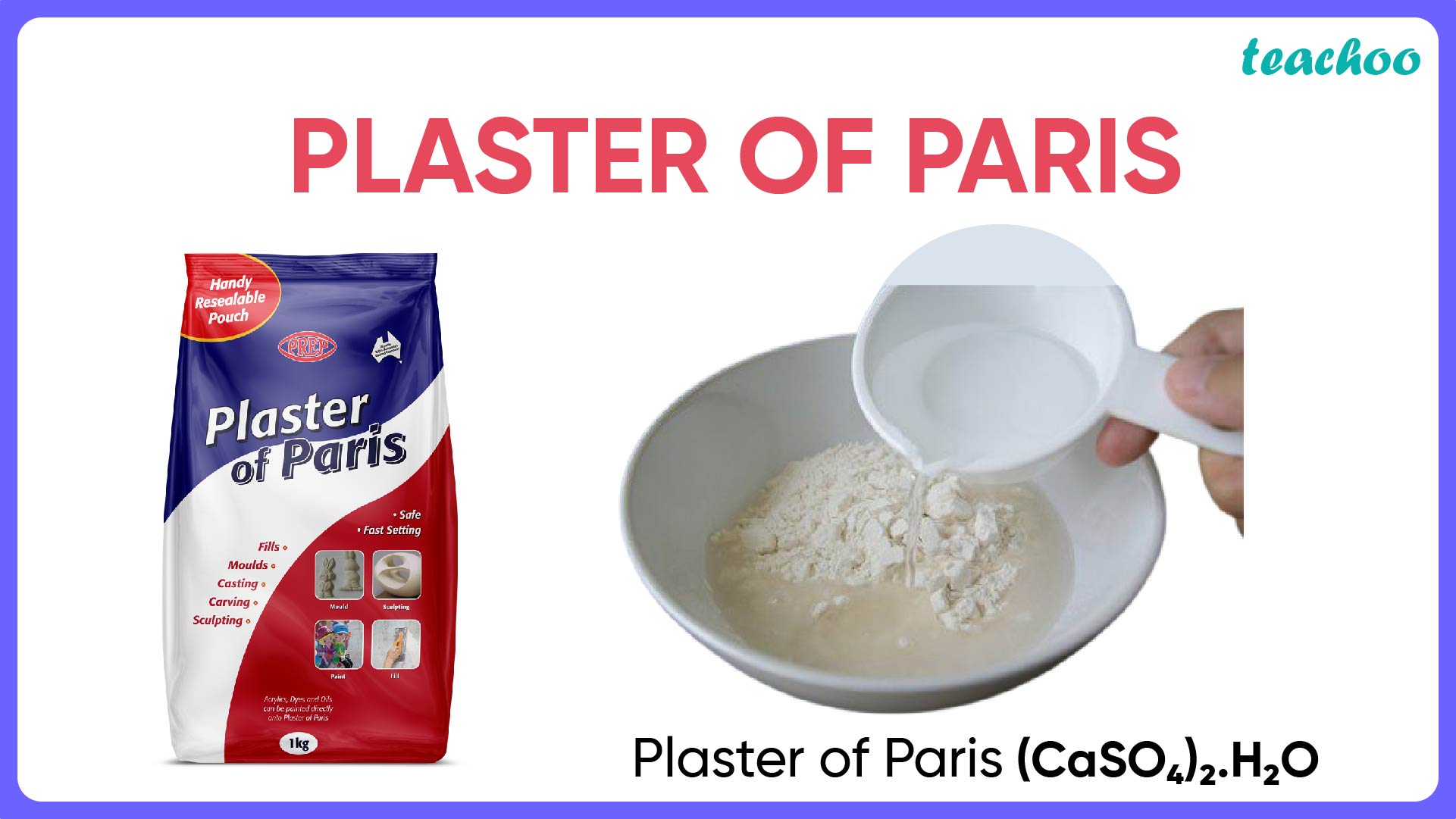 How is Gypsum used to prepare Plaster of paris?

On heating gypsum at 373 K, it loses water molecules and becomes Calcium Sulphate semi-hydrate (CaSO 4 .1/2H 2 O) which is Plaster of Paris. On adding water to the Plaster of Paris which is a powdery substance , it once again turns into Gypsum which is a hard mass. This is shown in the following reaction: 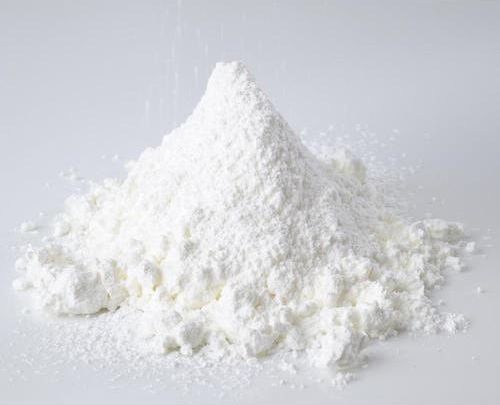 Uses of Plaster of Paris: 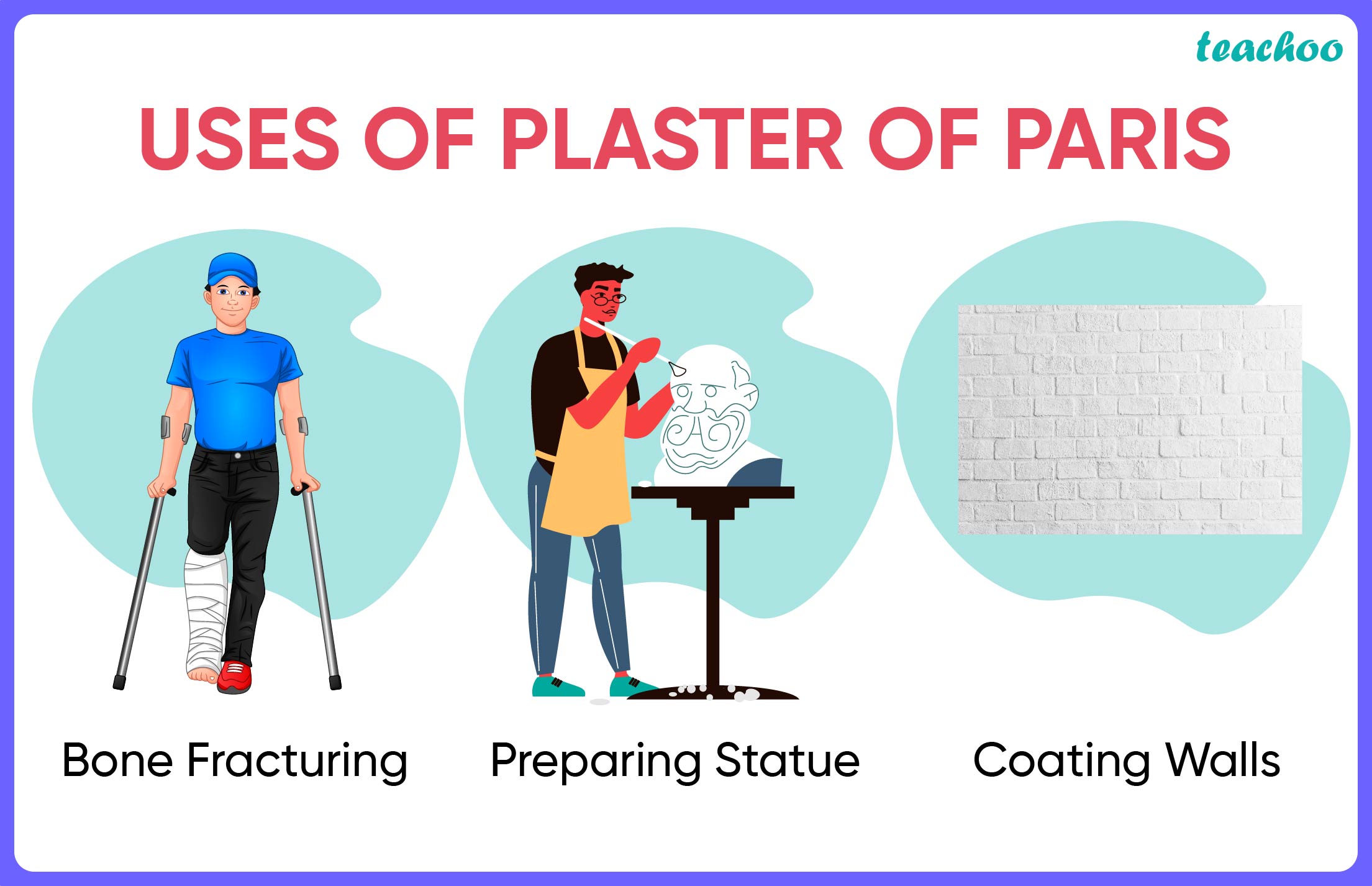