Acids can be categorised based on different properties. 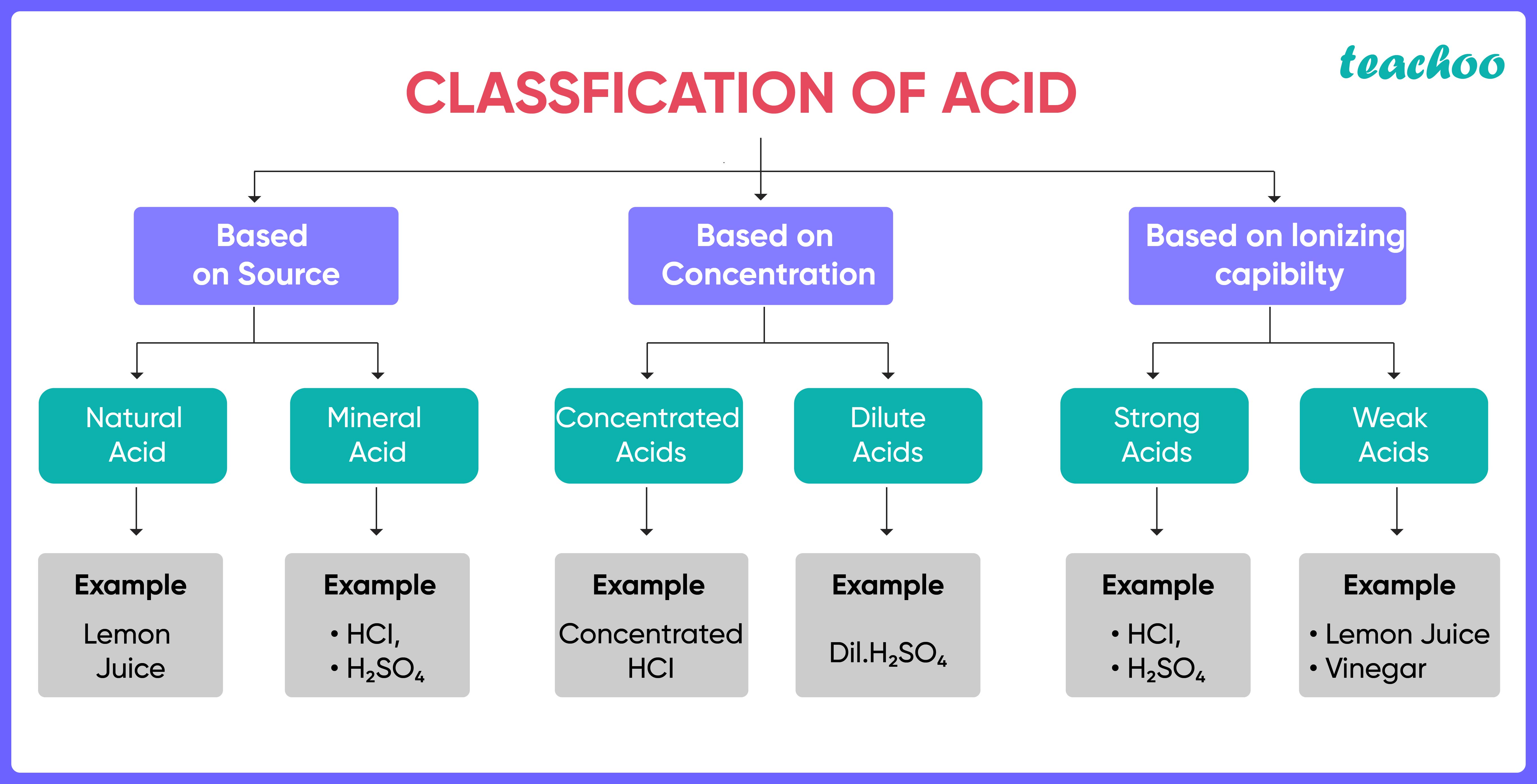 - Acids can be classified as Mineral or Natural Acids based on their origin.

Acid solutions can be Concentrated and Diluted based on the ratio of acid to water. 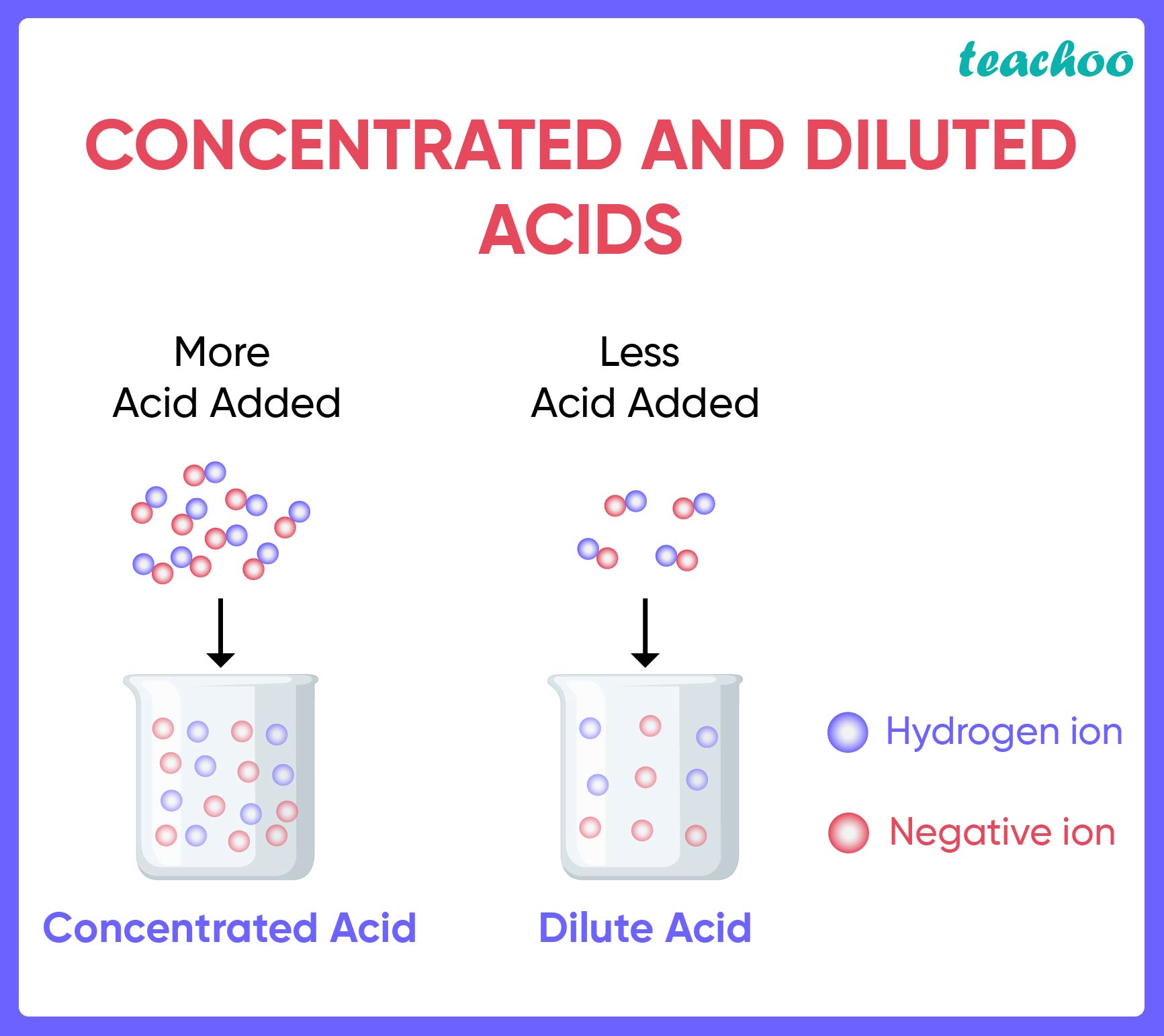 Based on Ionising capability :

Acids are classified as Strong and Weak Acids Based on how they ionise (split up into charged particles in water) .

These are acids that give rise to more H + ions in water and get completely ionised. For Example : HCl and other mineral acids are strong acids.

Note : The single arrow in the above reaction shows that HCl is completely ionised. This means that every single molecule of HCl has broken up into H + and Cl -   ions.

These acids only get partially ionized in water and produce less amount of H + ions. For Example: Acetic acid and other organic acids are usually weak Acids.

Note: The double arrow pointing towards both left and right show that CH 3 COOH has not completely ionised. Which means there are still some molecules of acetic acid (CH 3 COOH ) which have not split up into ions.