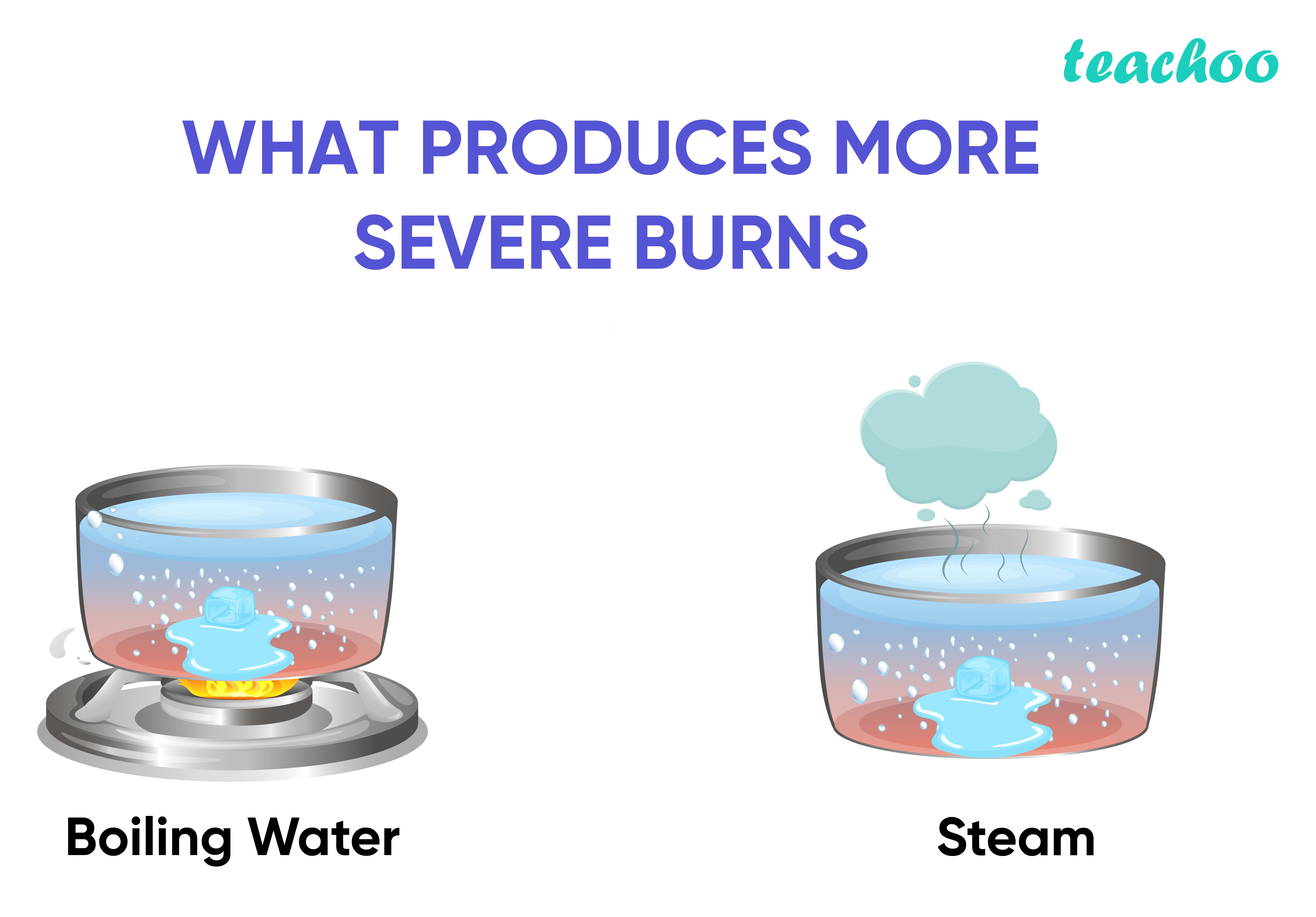 The temperature of both, boiling water and steam, is 100°C.

This is because when water gets converted into steam at 100° C, it absorbs latent heat of vaporization.

Hence, steam has more heat than water at the same temperature.

Therefore, steam gives out much more heat to the skin as compared to the boiling water, thus causing more severe burns.