What is Gravity and Gravitational Force? What is Universal Law of Gravitation Important Natural Phenomena Occurring Due to Gravitation Free Fall And Acceleration Due To Gravity You are here Different Equations of Motion for Free Falling Object Mass and Weight Difference What is thrust? What is Pressure What is buoyancy? Density And Relative Density Of An Object Why do Objects float or sink in Water Archimedes Principle Different Factors Affecting Buoyancy
NCERT Questions →
Class 9
Chapter 10 Class 9 - Gravitation (Term 2)

Free Fall And Acceleration Due To Gravity

What is free fall

When a body or object

due to gravitational force of earth

and without any other force acting on it

It is called free fall

When a body falls from sky to earth, does it fall with uniform speed?

It does not fall with uniform speed

Its speed actually increases as it falls on earth

This is due to acceleration due to gravity

What is the meaning of Acceleration due to Gravity?

When a body falls on earth

a uniform acceleration is produced (velocity or speed increases)

due to gravitational force of the earth

This is called acceleration due to gravity

This Acceleration is denoted by g

Similarly,if a body is thrown upwards

a uniform retardation is produced (velocity or speed decreases)

This is denoted by

How to Calculate Acceleration due to Gravity 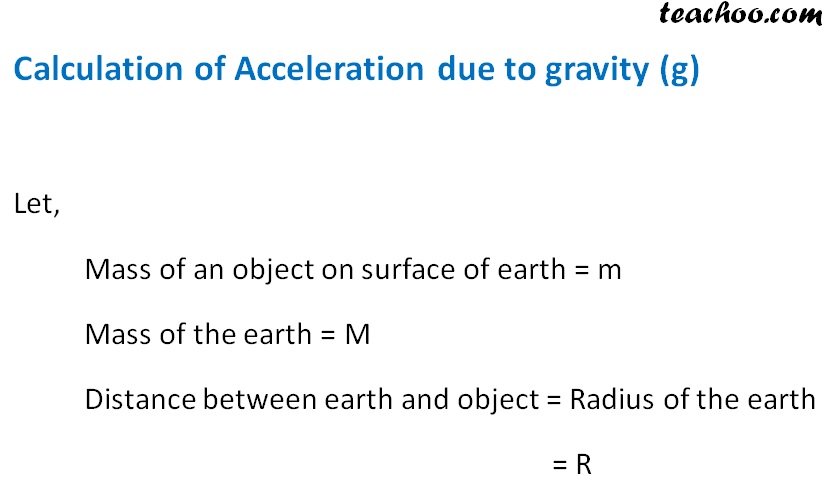 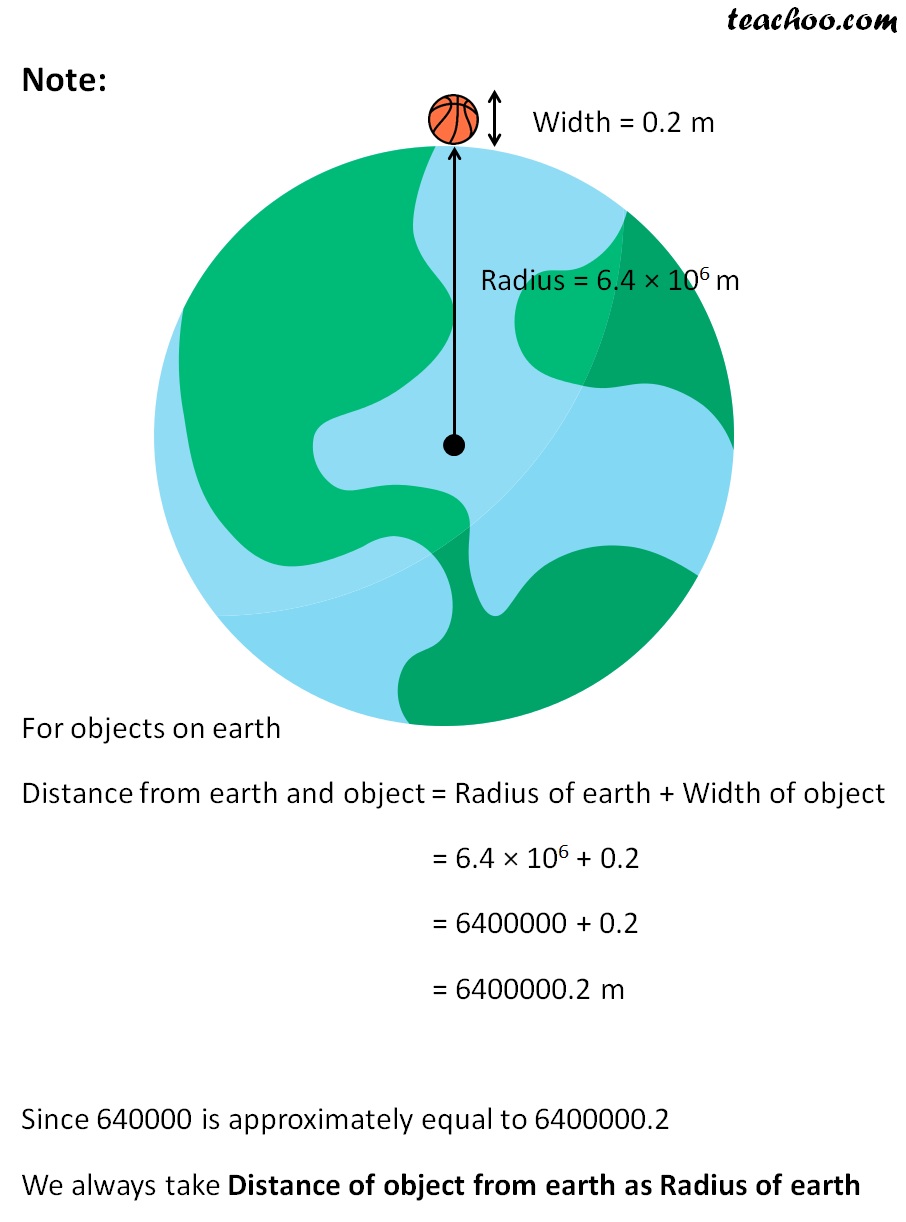 Acceleration does not depend upon Mass of Body

If 2 objects are falling, even if they have different mass, still they will fall with same acceleration of 9.8m/s 2

We now know that

All these are constant and do not change

So we can say that

It does not depend upon mass of body falling

If 2 objects are falling, even if they have different mass, still they will have same acceleration

Why does stone fall on earth quickly but a paper takes time to fall?

It is because paper faces more air resistance compared to stone

Acceleration due to gravity does not depend upon mass of object

If we remove air and then make both paper and stone fall, both will fall with same acceleration of 9.8 m /s 2

Acceleration due to gravity is different at poles and at equator

NCERT Question 8 - What is the acceleration of free fall?

NCERT Question 9 - What do we call the gravitational force between the earth and an object?

NCERT Question 10 - Amit buys few grams of gold at the poles as per the instruction of one of his friends. He hands over the same when he meets him at the equator. Will the friend agree with the weight of gold bought? If not, why? [Hint: The value of g is greater at the poles than at the equator.]

NCERT Question 11 - Why will a sheet of paper fall slower than one that is crumpled into a ball?