What is Gravity and Gravitational Force? What is Universal Law of Gravitation Important Natural Phenomena Occurring Due to Gravitation Free Fall And Acceleration Due To Gravity Different Equations of Motion for Free Falling Object Mass and Weight Difference What is thrust? You are here What is Pressure What is buoyancy? Density And Relative Density Of An Object Why do Objects float or sink in Water Archimedes Principle Different Factors Affecting Buoyancy
NCERT Questions →
Class 9
Chapter 10 Class 9 - Gravitation (Term 2)

Force acting on an object perpendicular to surface is called thrust

It is net force acting in a particular direction

It is always perpendicular to surface on which force applied

When we stand on loose sand,our body is exerting force on sand by our feet

This force is called thrust 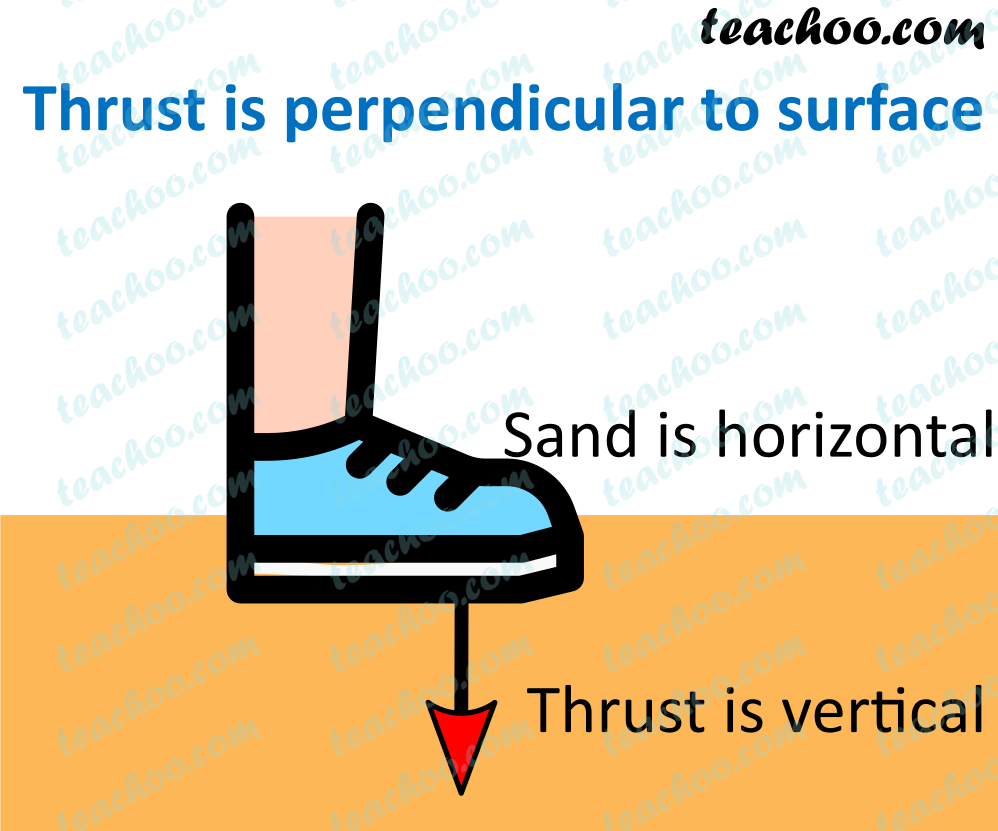 When we fix a poster to bulletin board

We fix a pin to it

It can be seen that bulletin board is vertically placed

we apply force in perpendicular direction by pressing pin to it

This force is called thrust

What is formula of thrust?

Since thrust is also a force

Its formula is same as force

Since it is a force,its SI Unit is also Newtons

Acceleration due to gravity is denoted by g,So formula becomes

Since thrust is also a force,we can also write that

Join Teachoo Black
Next: What is Pressure →
Facebook Whatsapp