What is Gravity and Gravitational Force? What is Universal Law of Gravitation Important Natural Phenomena Occurring Due to Gravitation Free Fall And Acceleration Due To Gravity Different Equations of Motion for Free Falling Object You are here Mass and Weight Difference What is thrust? What is Pressure What is buoyancy? Density And Relative Density Of An Object Why do Objects float or sink in Water Archimedes Principle Different Factors Affecting Buoyancy
NCERT Questions →
Class 9
Chapter 10 Class 9 - Gravitation (Term 2)

We know that Different equations of motions are

Now we know that

Hence above equations can be modified as follows 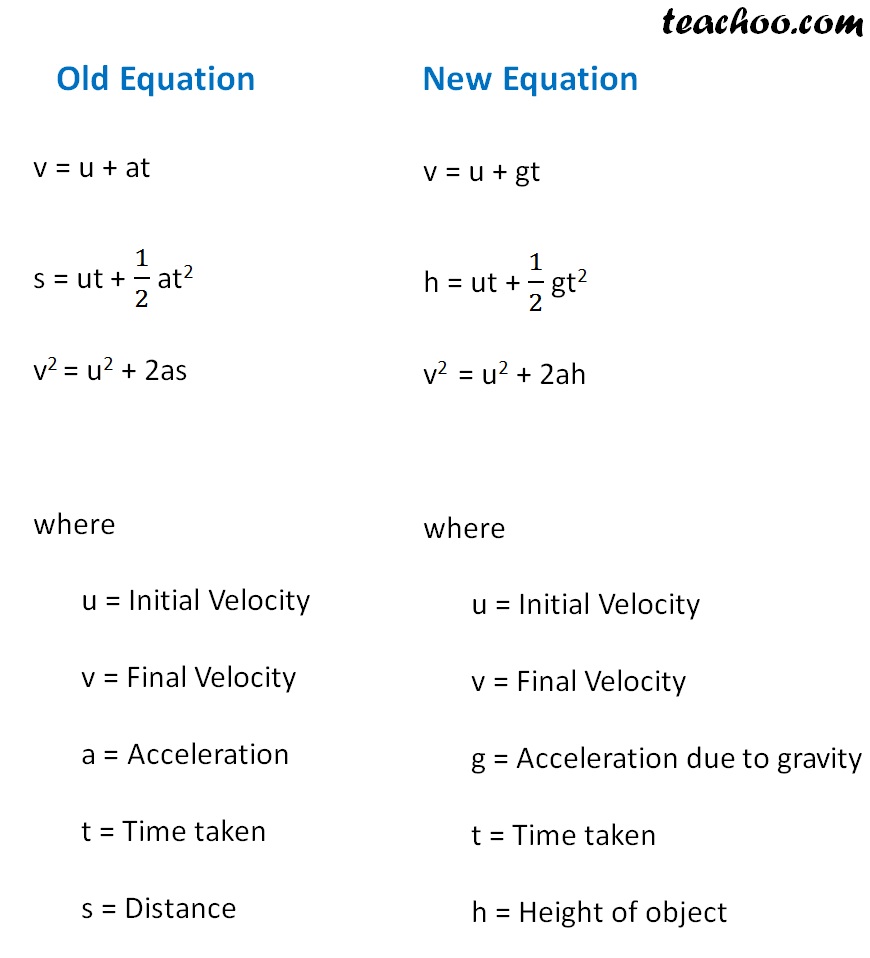 To solve questions, we must remember 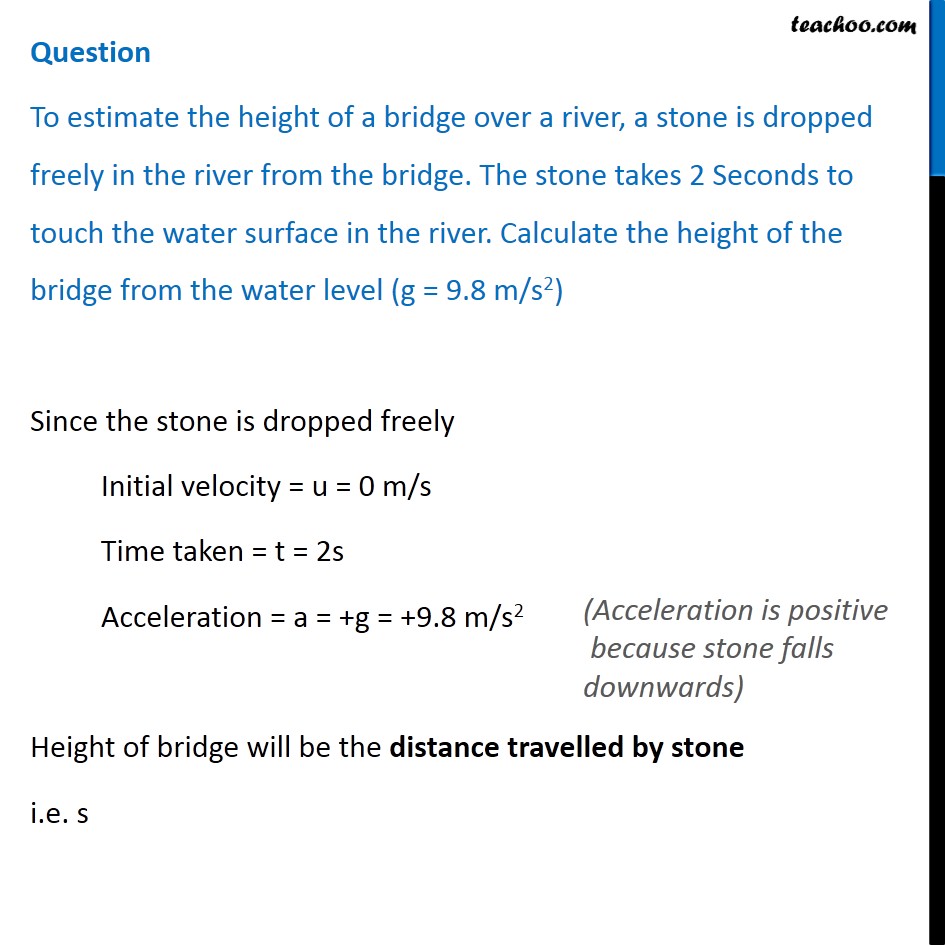 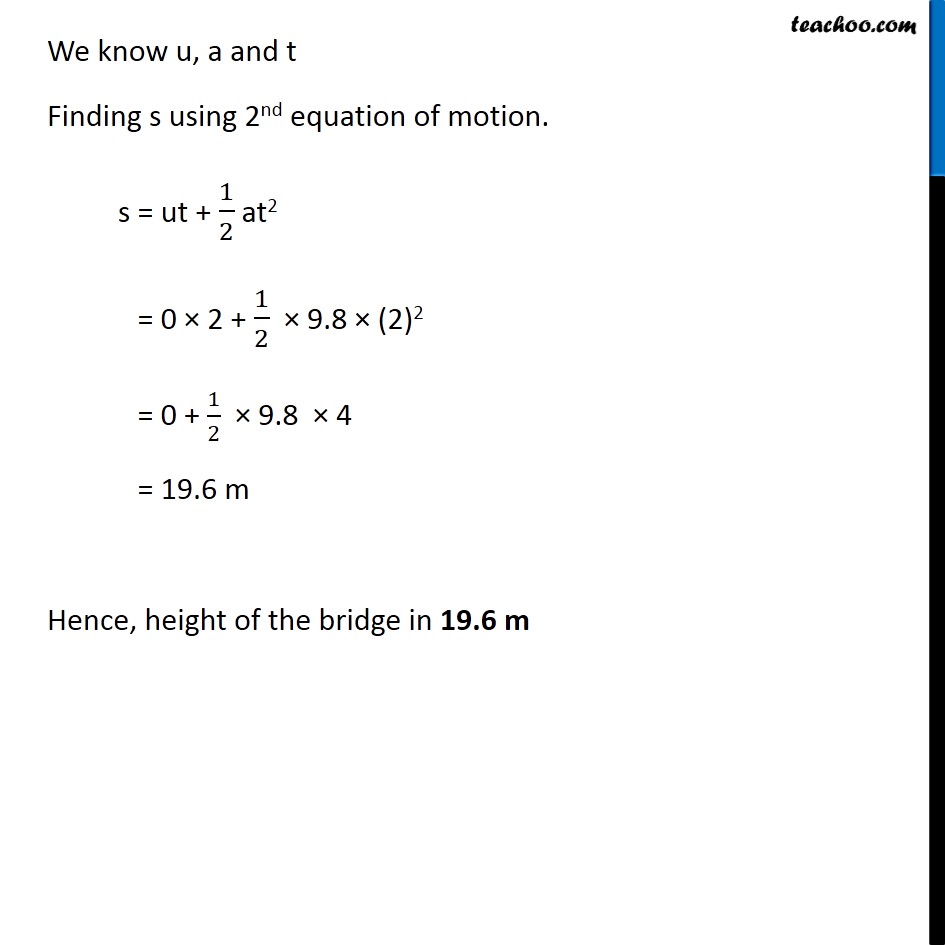 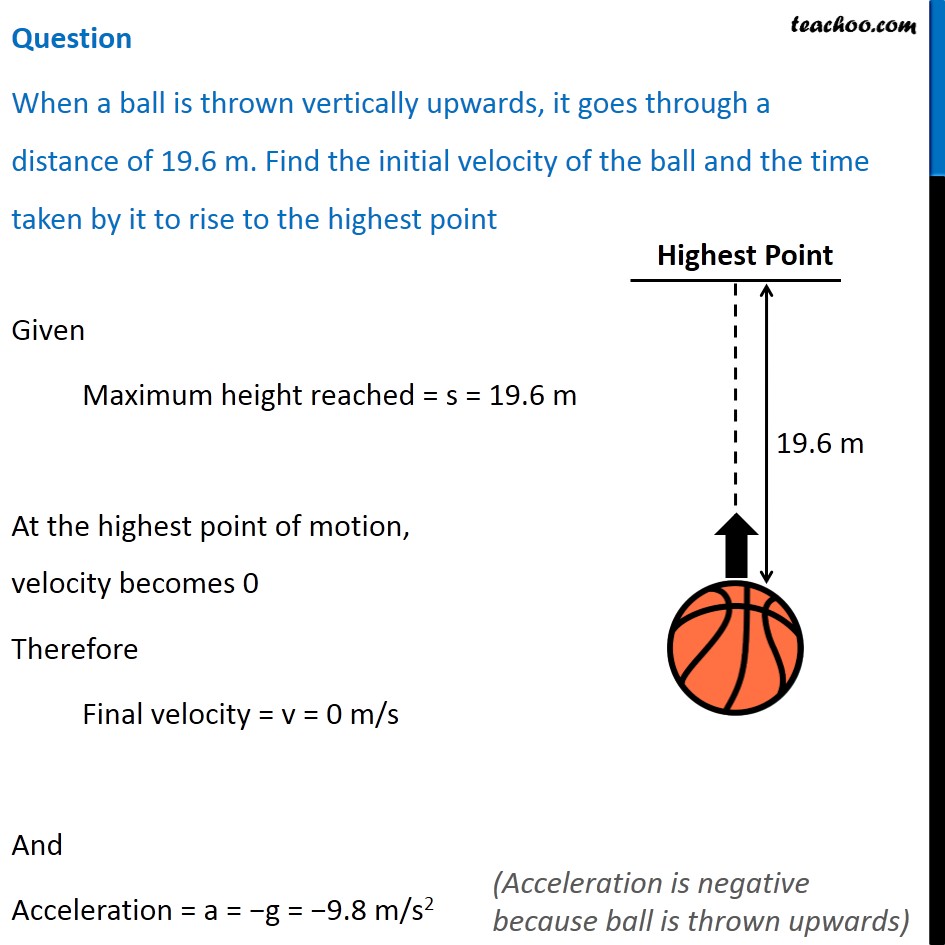 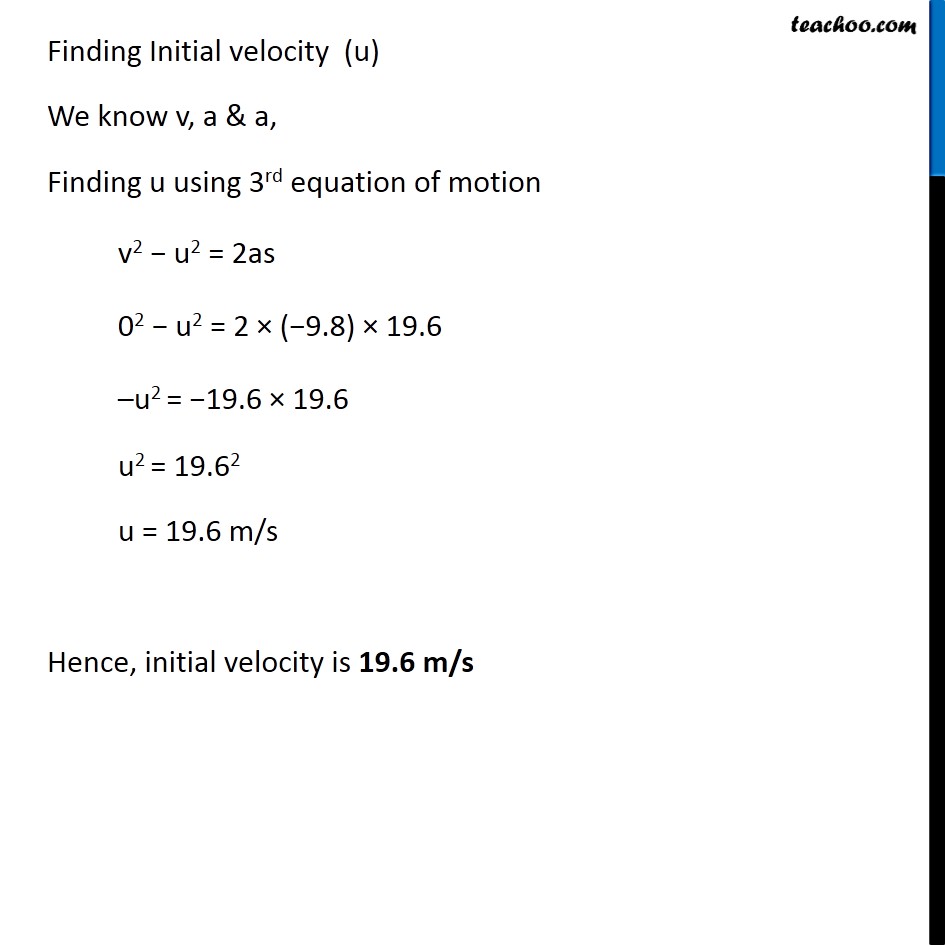 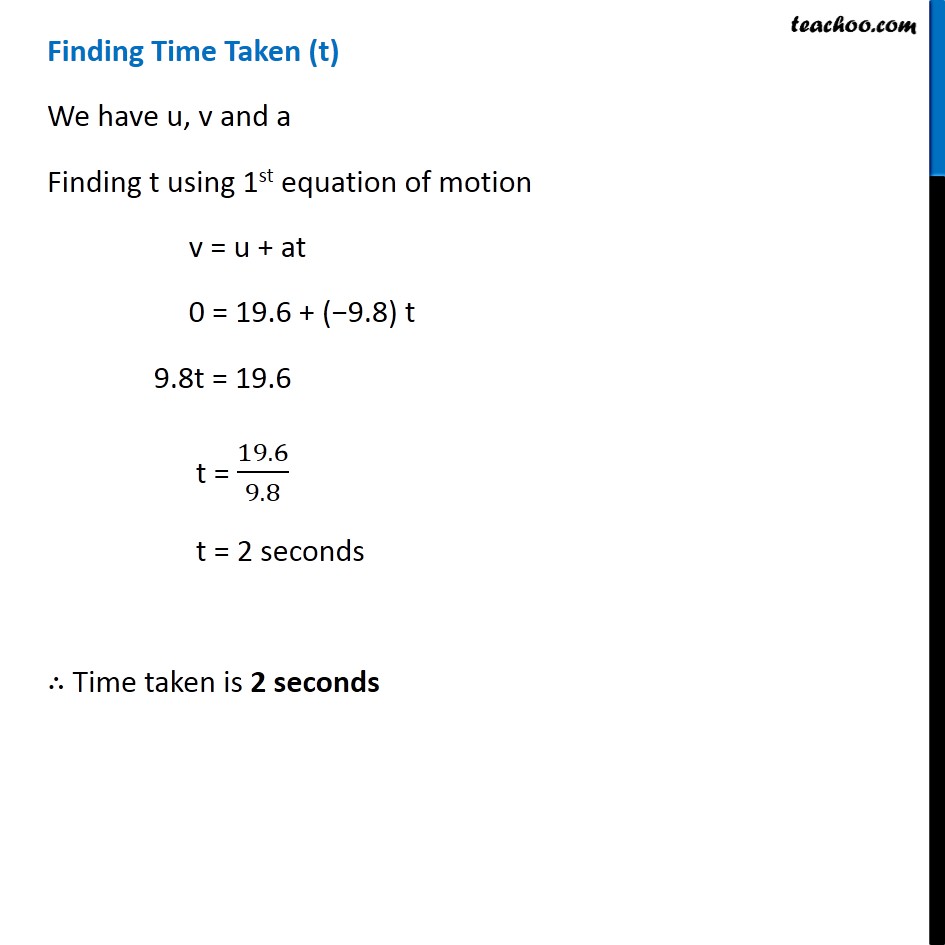 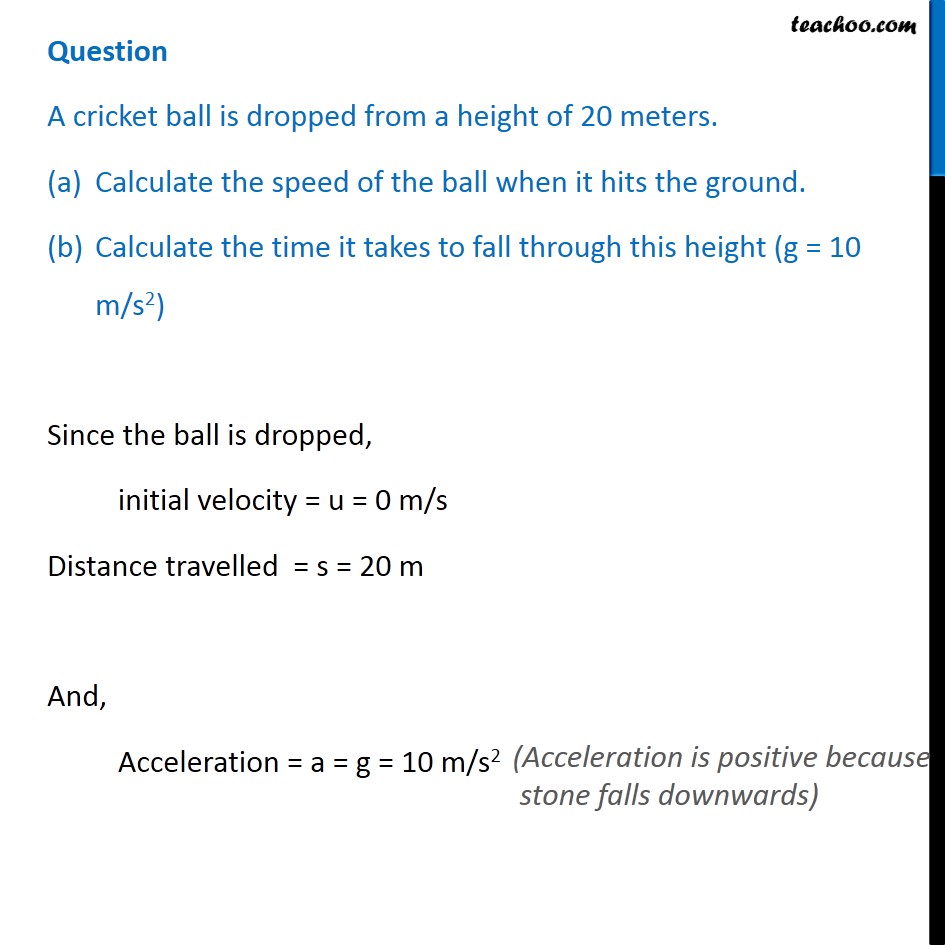 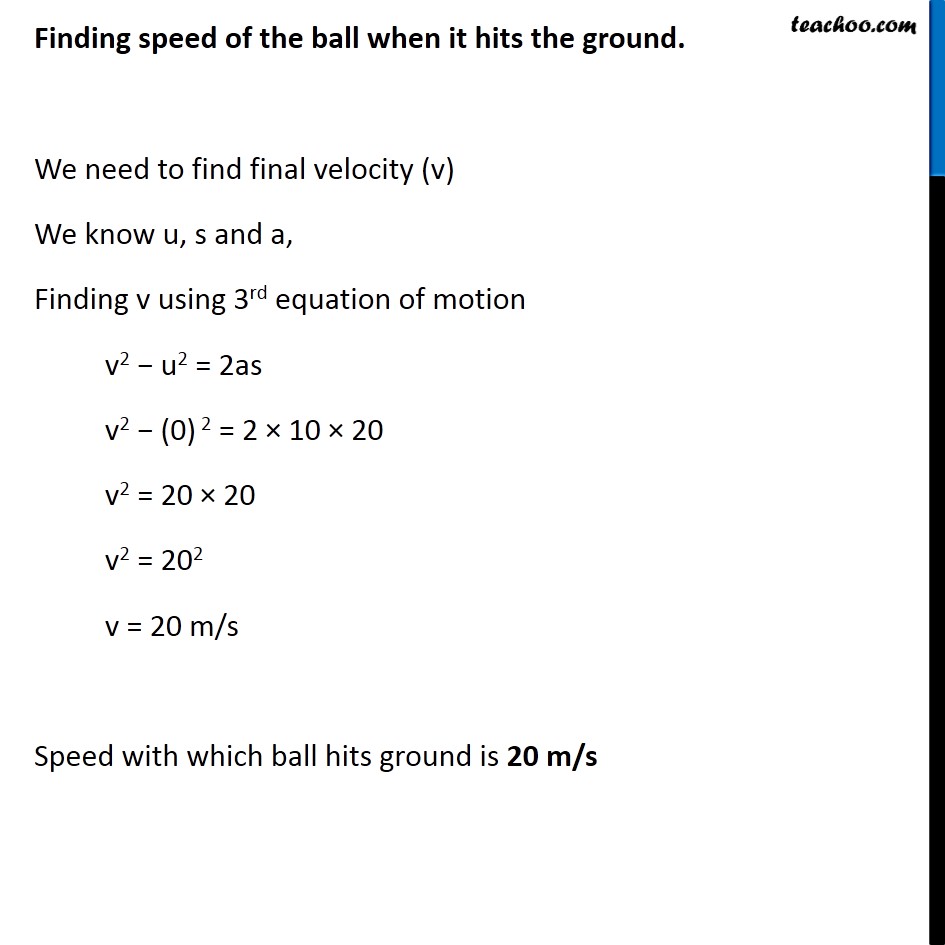 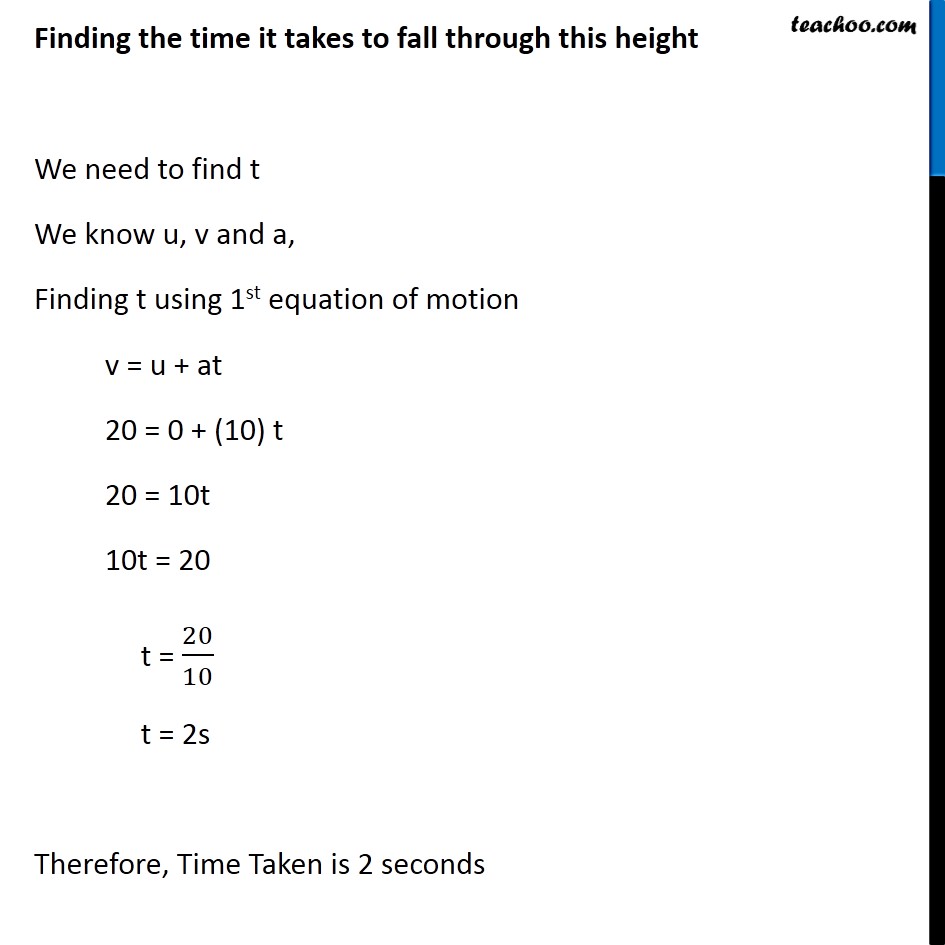 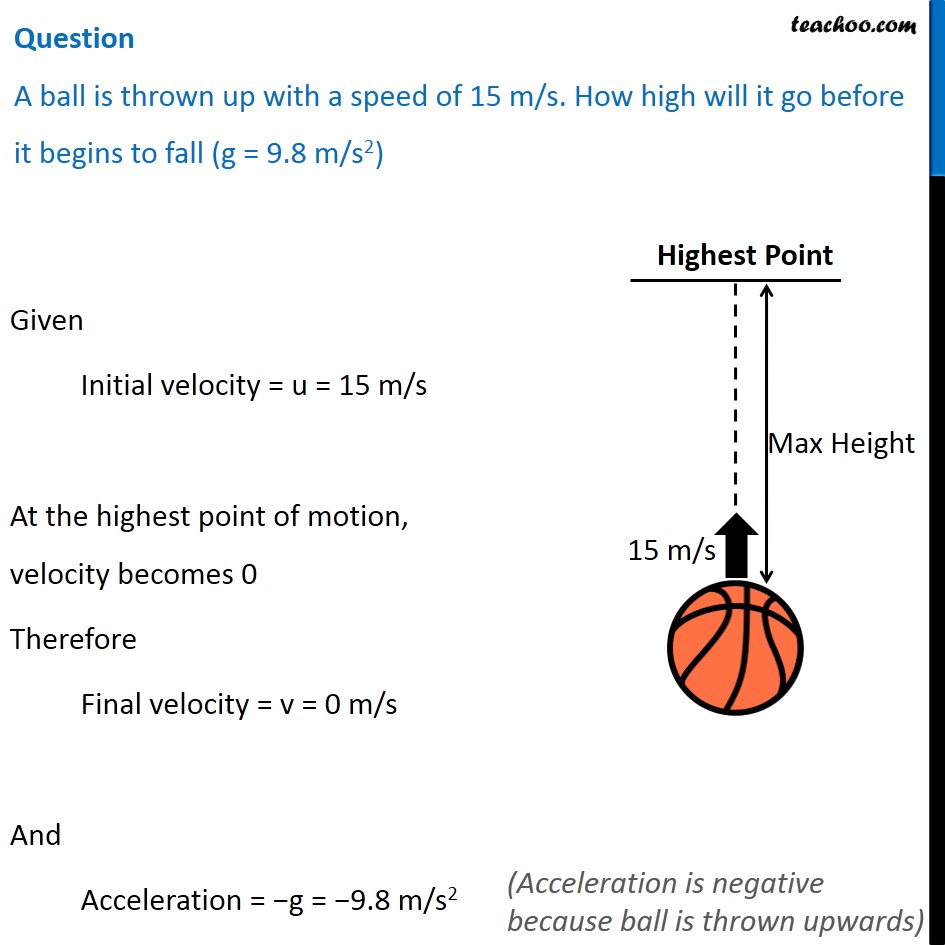 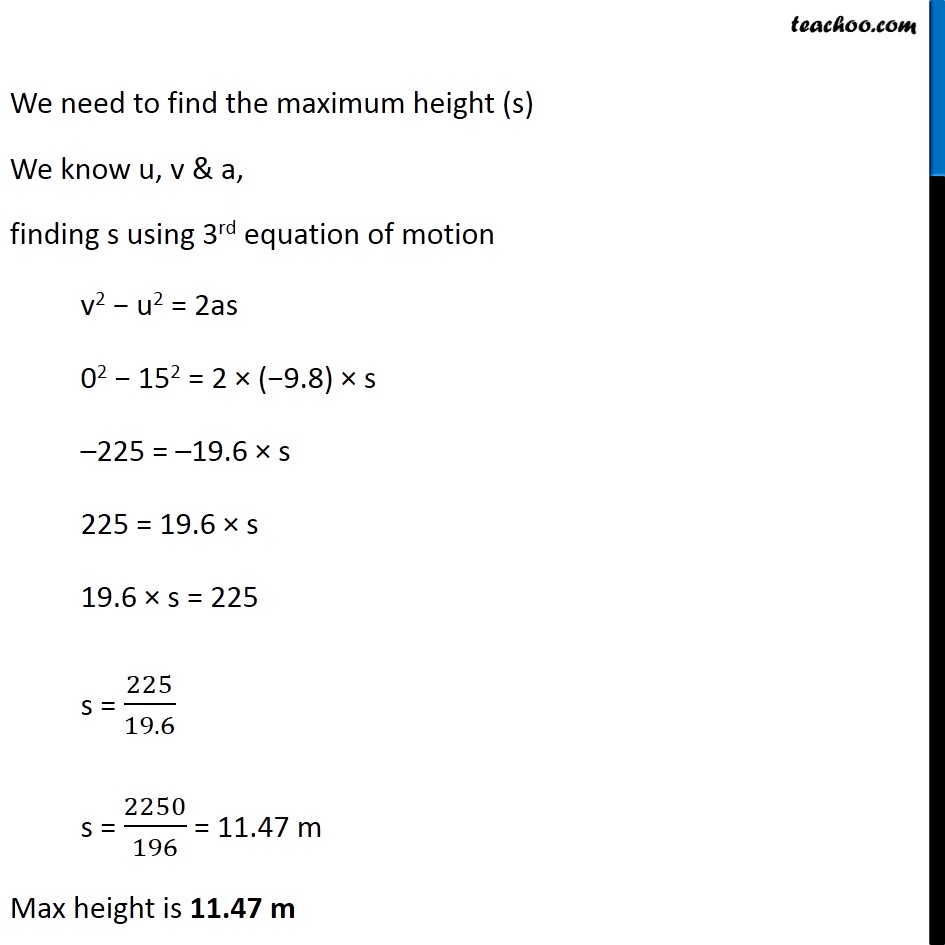 Example 10.3 - An object is thrown vertically upwards and rises to a heightof 10 m. Calculate (i) the velocity with which the object was thrown upwards & (ii) the time taken by the object to reach the highest point

NCERT Question 13 - A ball is thrown vertically upwards with a velocity of 49 m/s. Calculate(i) the maximum height to which it rises,(ii) the total time it takes to return to the surface of the earth.

NCERT Question 14 - A stone is released from the top of a tower of height 19.6 m.Calculate its final velocity just before touching the ground.

NCERT Question 15 - A stone is thrown vertically upward with an initial velocity of 40 m/s. Taking g = 10 m/s2, find the maximum height reached by the stone. What is the net displacement & total distance covered by the stone?

NCERT Question 17 - A stone is allowed to fall from the top of a tower 100 m high and at the same time another stone is projected vertically upwards from the ground with a velocity of 25 m/s. Calculate when and where the two stones will meet.

NCERT Question 18 - A ball thrown up vertically returns to the thrower after 6 s. Find(a) the velocity with which it was thrown up,(b) the maximum height it reaches, and(c) its position after 4 s.