Pronoun is a word which is used in place of Noun

Natasha is my girlfriend

Here, there are 2 Nouns 'Natasha' and 'girlfriend'

She is my girlfriend

Here, there is only one Noun 'girlfriend' 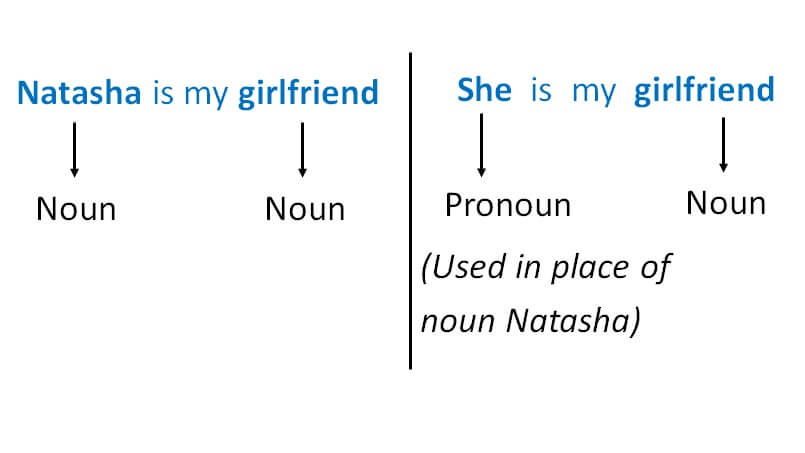 Aamir Khan is an actor

He is an actor 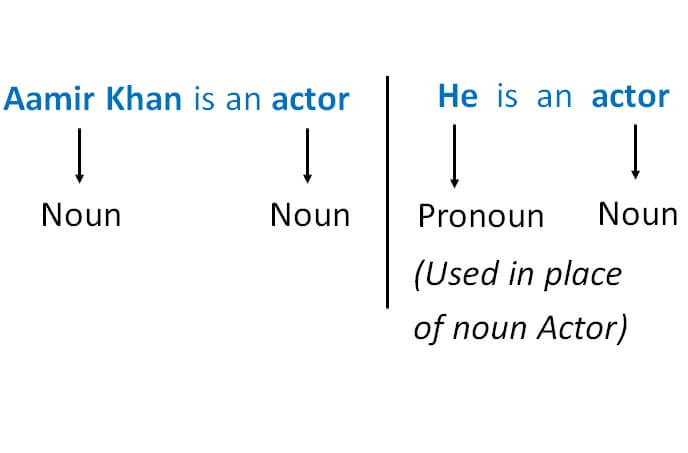 Why are Pronouns Used?

They are used to avoid repetition

Suman is a doctor.

She lives in Delhi.

She works at a hospital

Here 'Suman' is a noun

In the second and third line, 'She' is used to avoid repeating Suman again and again 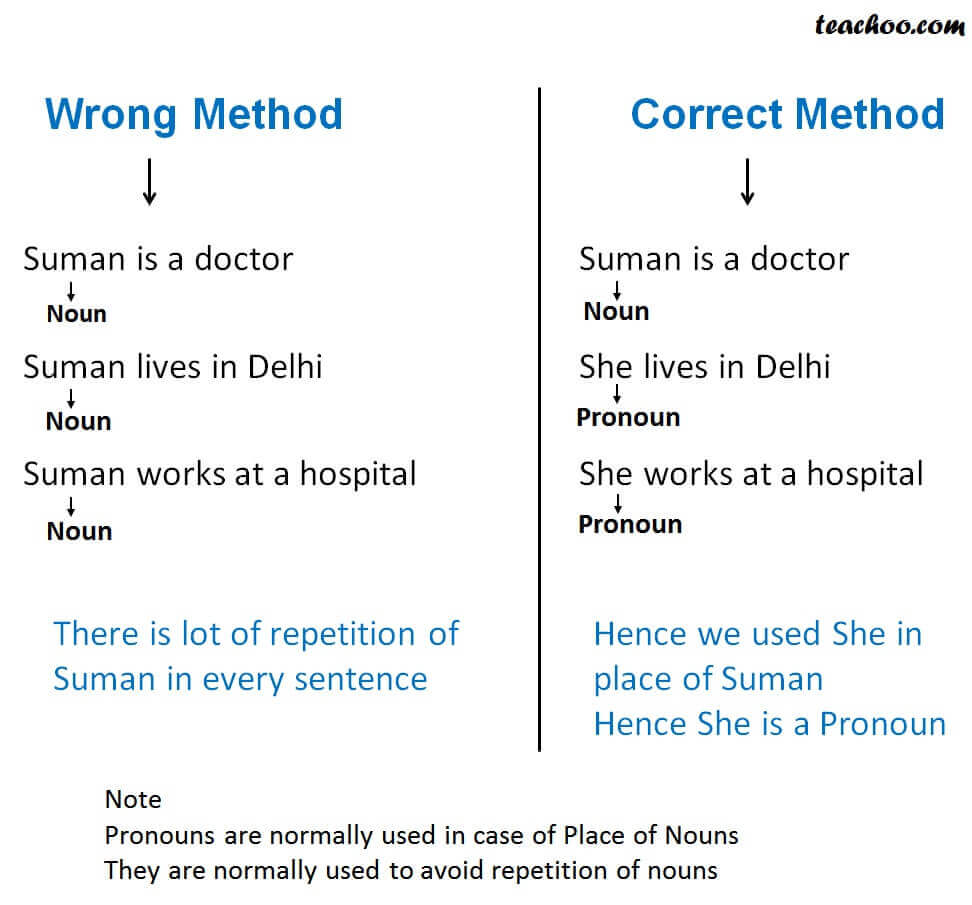 Donald Trump is the president of USA. He stays at White house.

What are Nouns and Pronouns here ?

In the second line, 'He' is a Pronoun which is used in case of noun 'Donald Trump'