Difference Between Open Economy and Closed Economy You are here What is Balance of Payment? What is Current Account? Capital Account covers Difference between Balance of Payment Surplus, Deficit and Equilibrium What are Autonomous Transactions and Accommodating Transactions?
Indian Economic Development →
Class 12 NCERT
Macroeconomics

It is an economy which has no interactions with outside world

There are no economic relations or dealing with outside world

There are no imports and exports

All trades are internal (within the country) 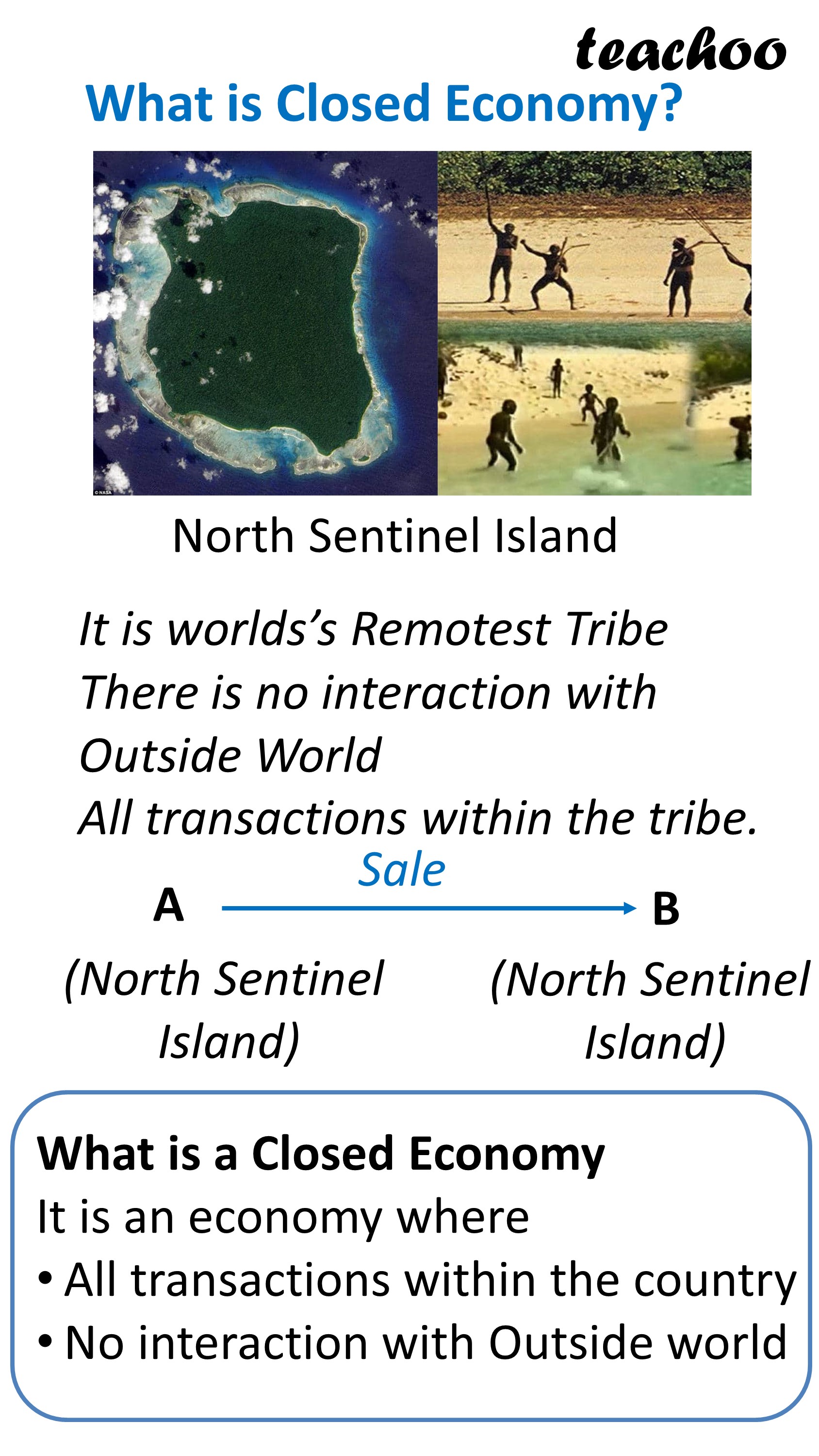 It is an economy which has interactions with outside world

There are economic relations with different countries

There are exports and imports as well as internal trade 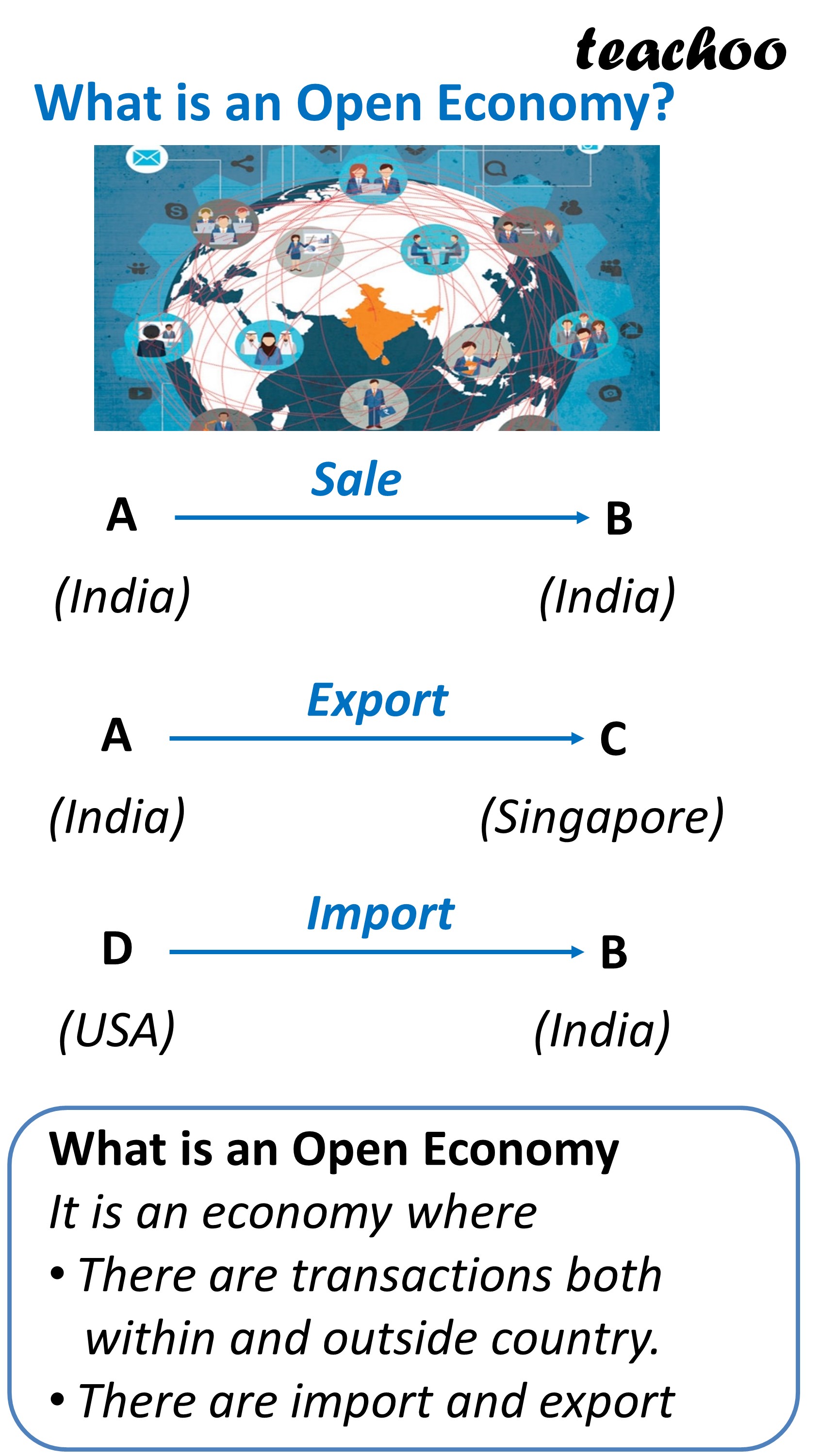 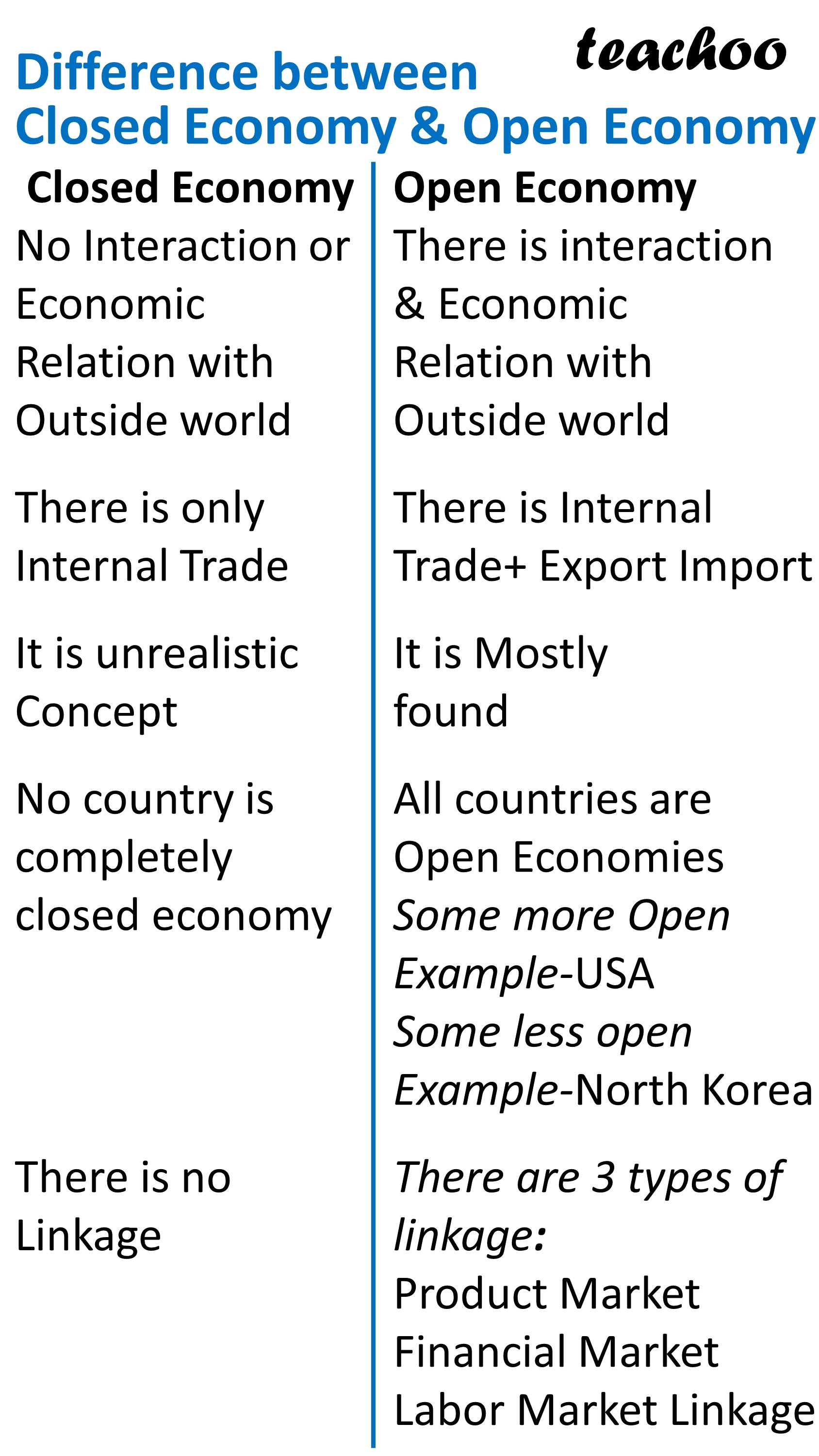 In Open Economy, there are 3 types of linkages with outside world

They can buy local products or imported products

They can purchase shares of Indian companies or Foreign companies

Labour can choose where to work, whether in India or outside India

Firm can also choose where to set up their factories, within India or outside India 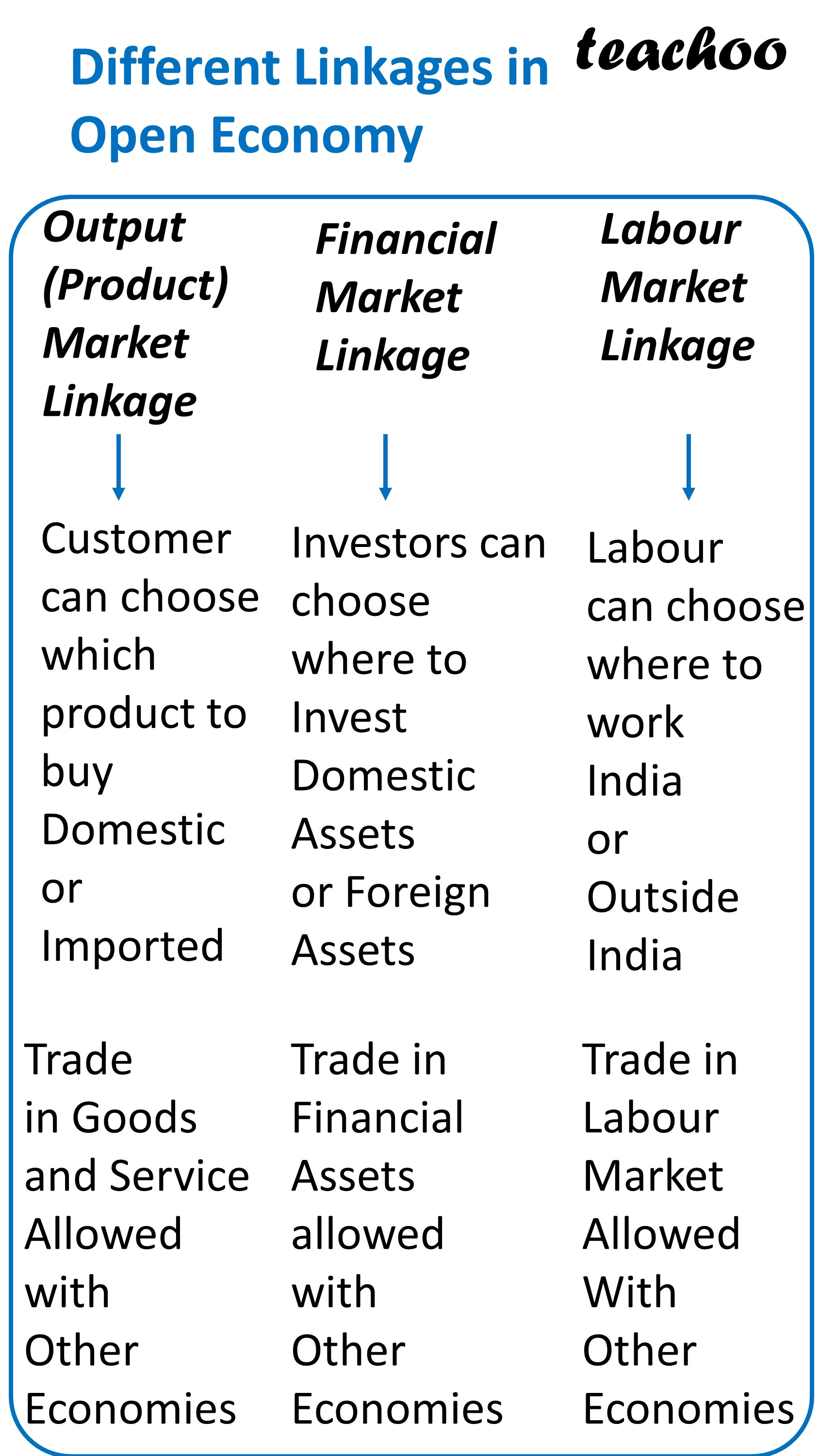 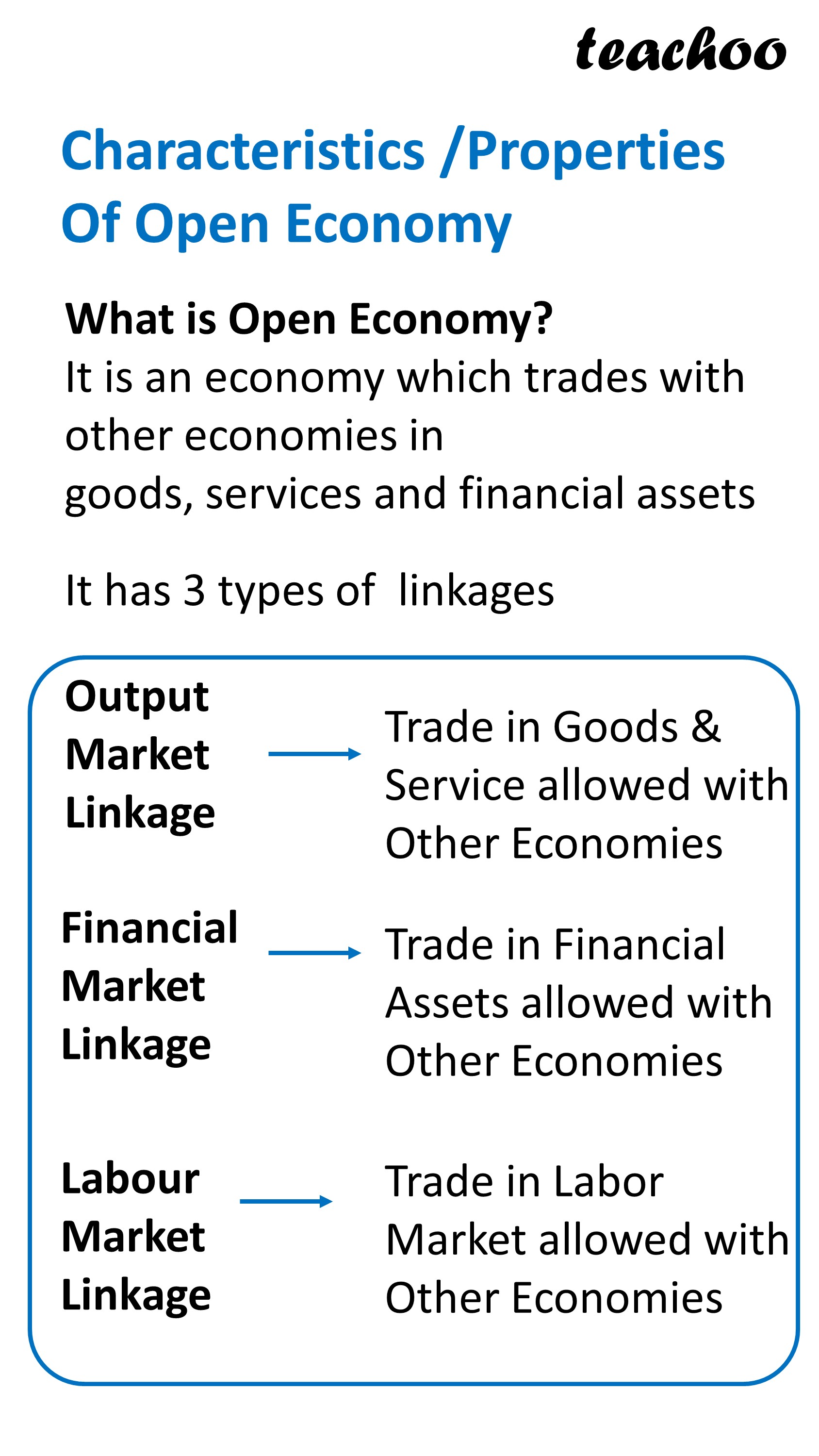 However, we are less open as compared to other countries who have higher proportion of trade

Also in India, all 3 types of linkages are available 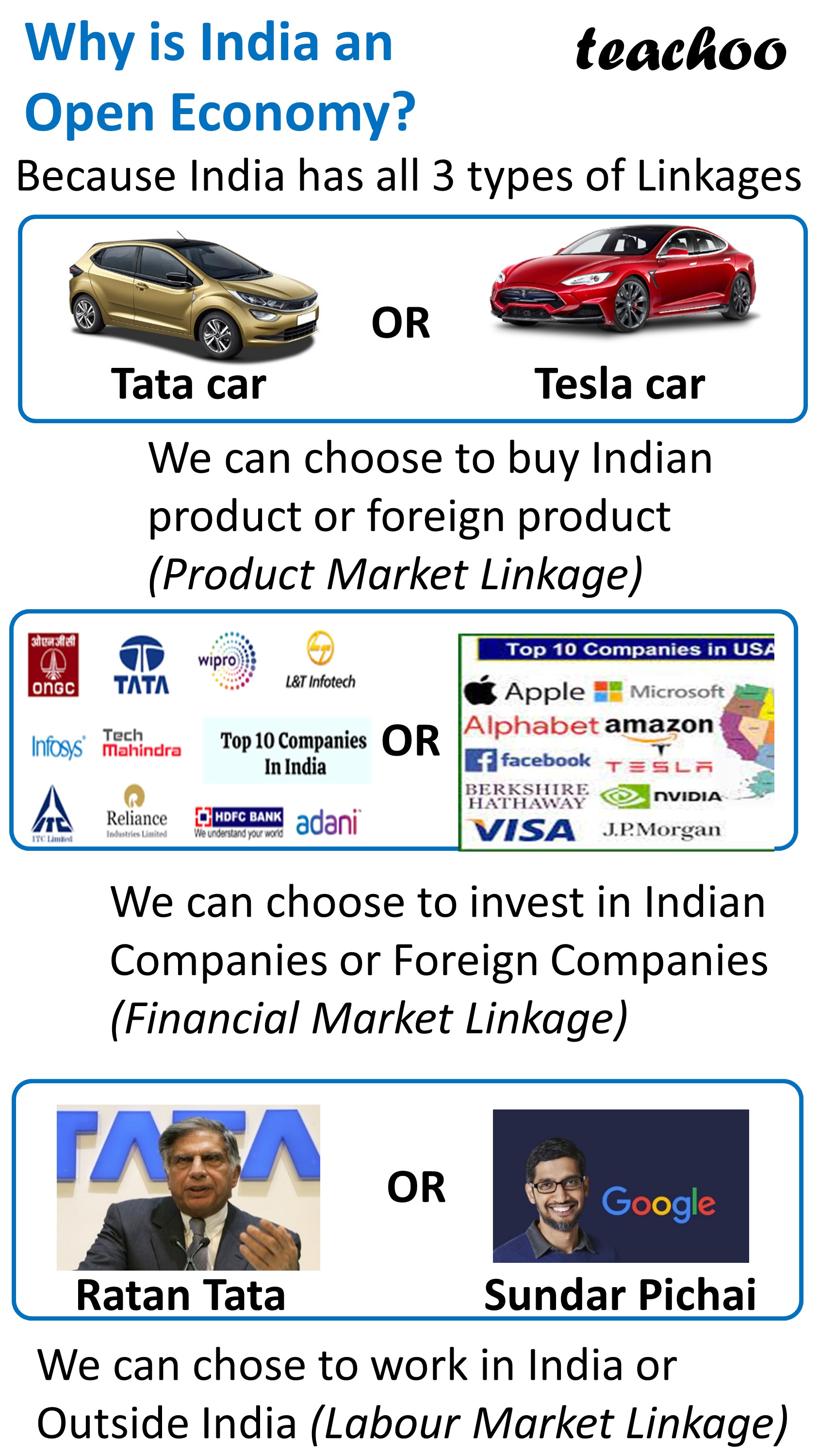 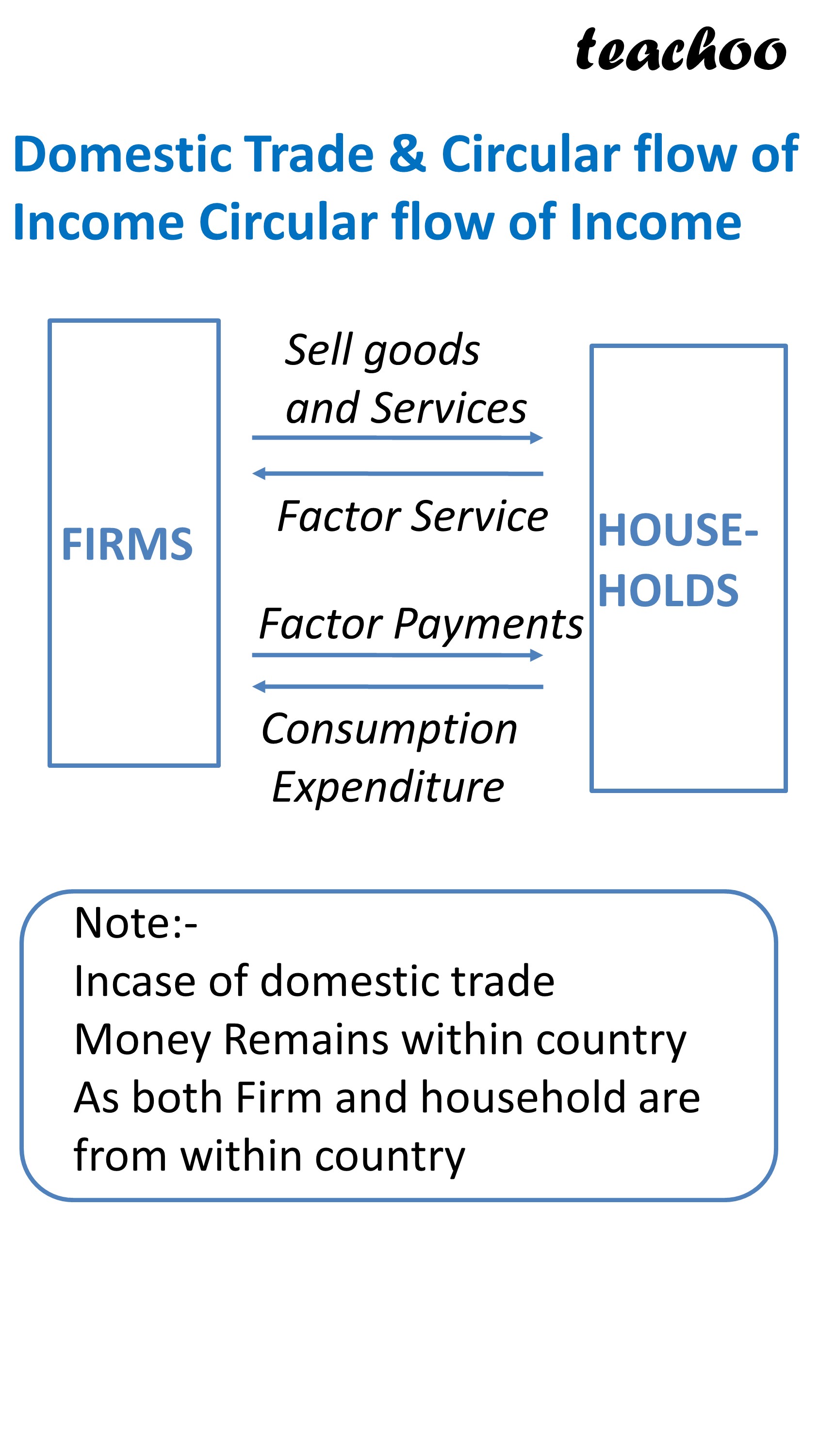 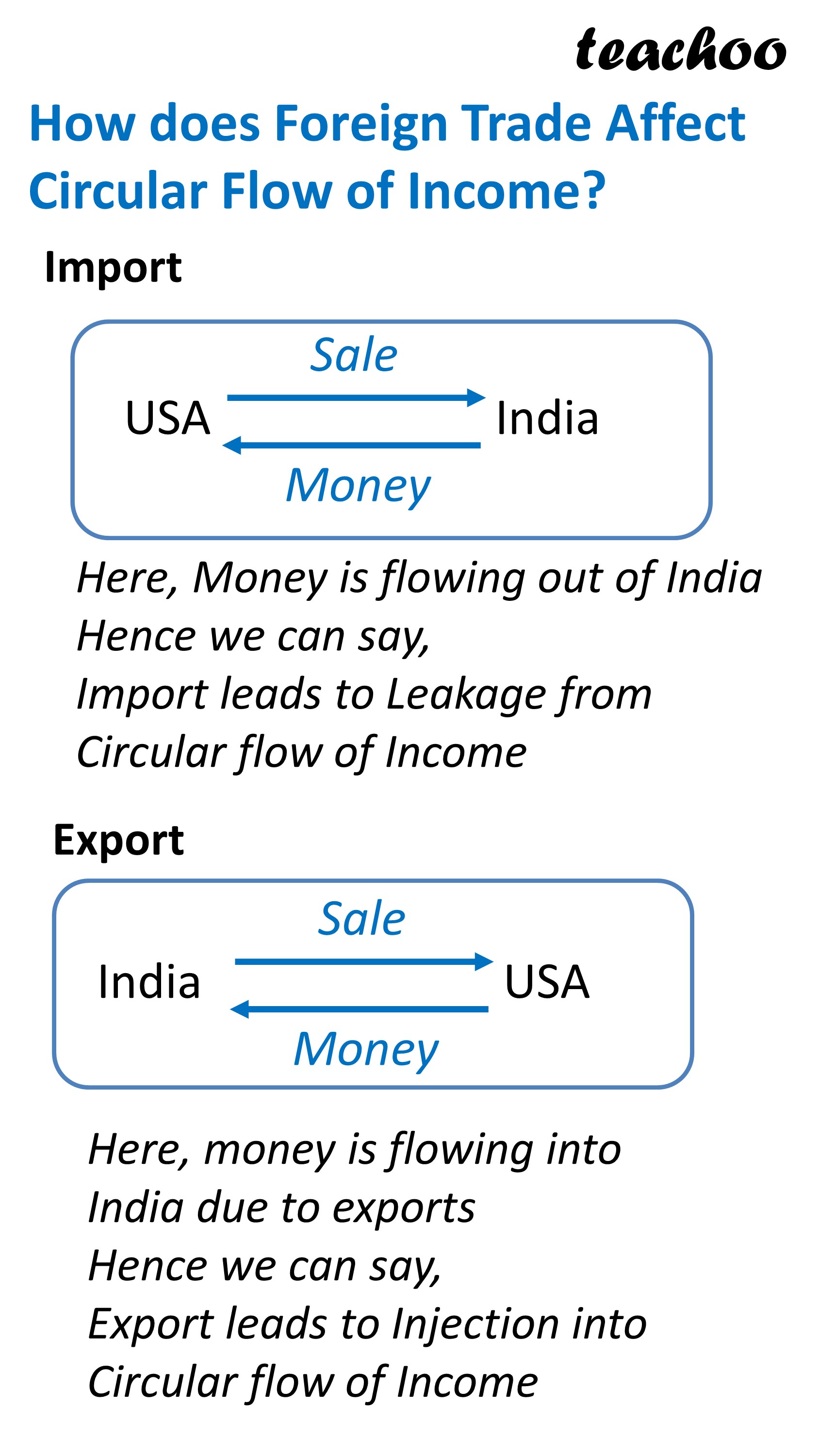 Which of the following is a point of difference between Open and Closed Economy?

D. All of these

Read the news report given below and answer the questions that follow on the basis of the same:

The trade deficit between India and China in April-June this fiscal year fell to USD 5.48 billion as compared to USD 13.1 billion in the same period last year, Parliament was informed on Wednesday.

In a written reply, Commerce and Industry Minister Piyush Goyal said the bilateral trade between the countries too dipped to USD 16.55 billion during the first three months of 2020-21 as against USD 21.42 billion in the same period last year.

Government has consistently taken steps to balance our trade with China by increasing our exports to China and reducing our dependence on imports from China, he said.

In a separate reply, the minister said at present, about 550 tariff lines (or products) are under the restricted/prohibited category for imports under the Foreign Trade Policy.

Imports of these products are restricted from all countries, including China.

Replying to a separate question, he said merchandise exports from special economic zones (SEZs) dipped to Rs81,481 crore during April August, 2020 as against Rs1,30,129 crore in the same period of 2019-20.

However, services exports have shown a growth of 9 per cent during April to August 2020 in comparison to corresponding period of previous year, he added. - "Indo-China trade deficit dips to $5.48 billion in April-June" - The Economic Times - September 16, 2020

Considering the steps taken by the government to reduce the Trade deficit with China, choose the correct alternative:

Minister Piyush Goyal said, "Government has consistently taken steps to balance our trade with China by increasing our exports to China and reducing our dependence on imports from China."

Which of the following has seen a growth?

Services exports have shown a growth of 9 per cent during April to August 2020.

550 tariff lines (or products) are under the restricted/prohibited category for _________ under the Foreign Trade Policy.

Join Teachoo Black
Next: What is Balance of Payment? →
Facebook Whatsapp