As per this Method

We calculate factor income earned by all factors of production 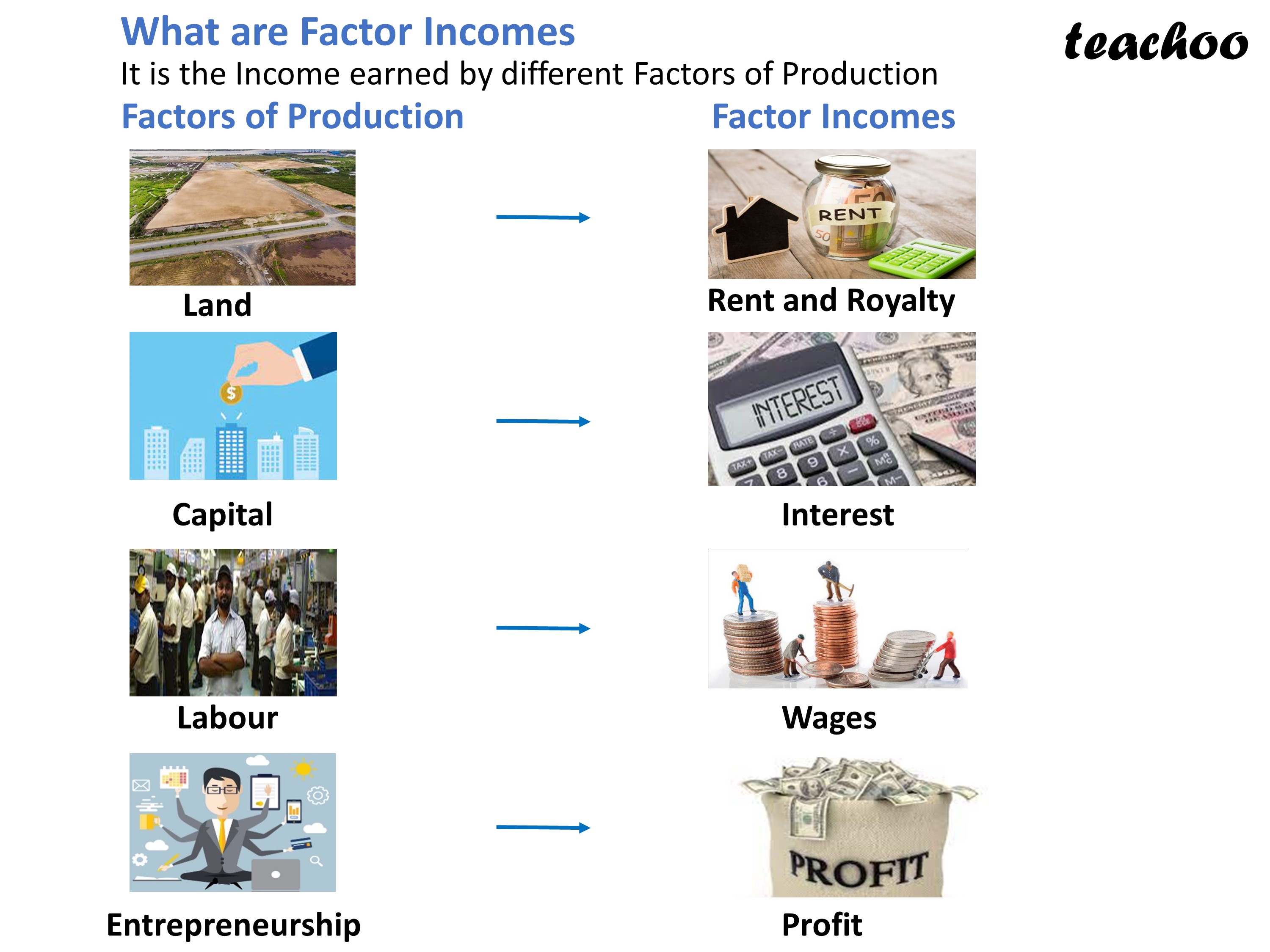 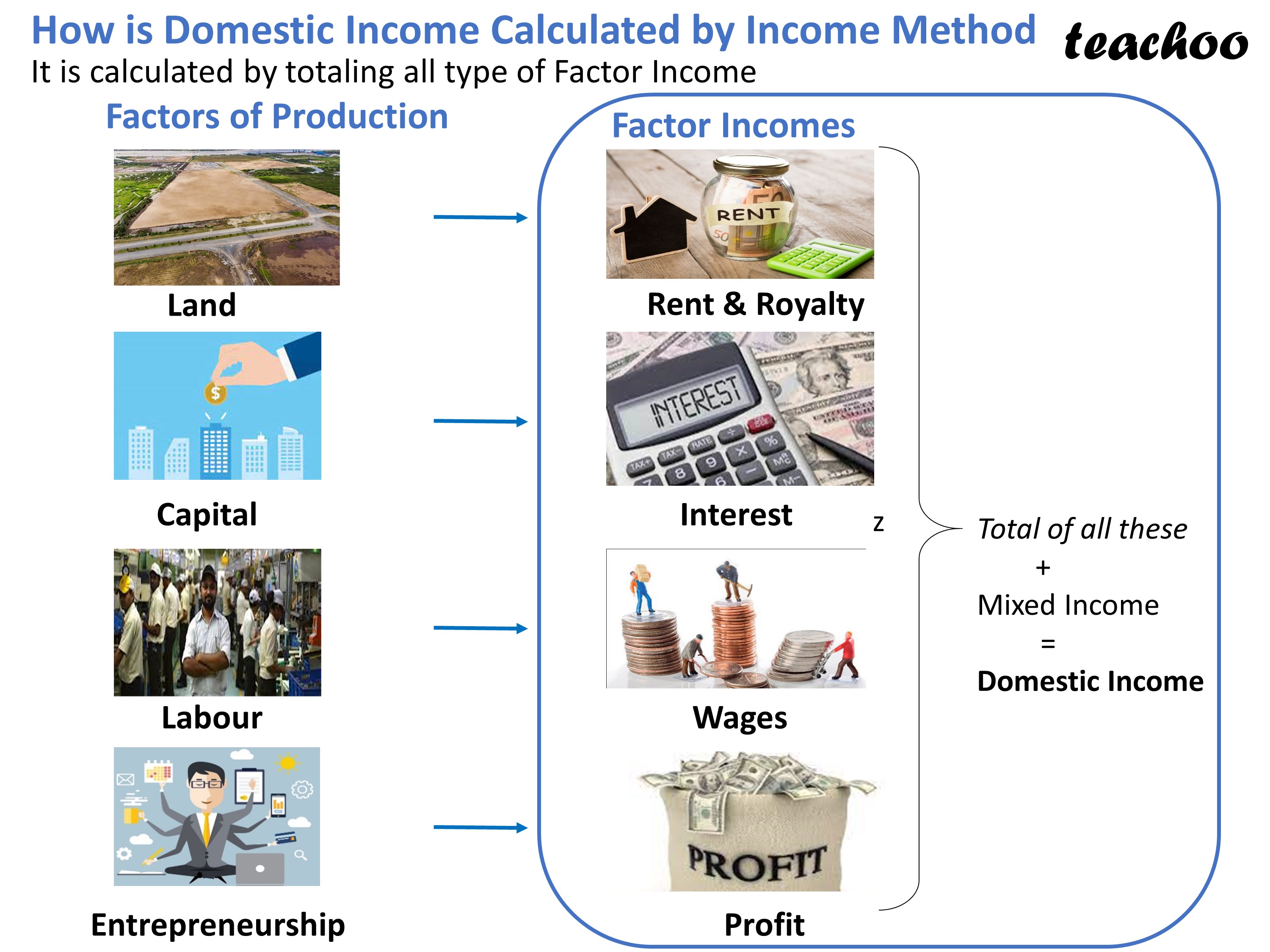 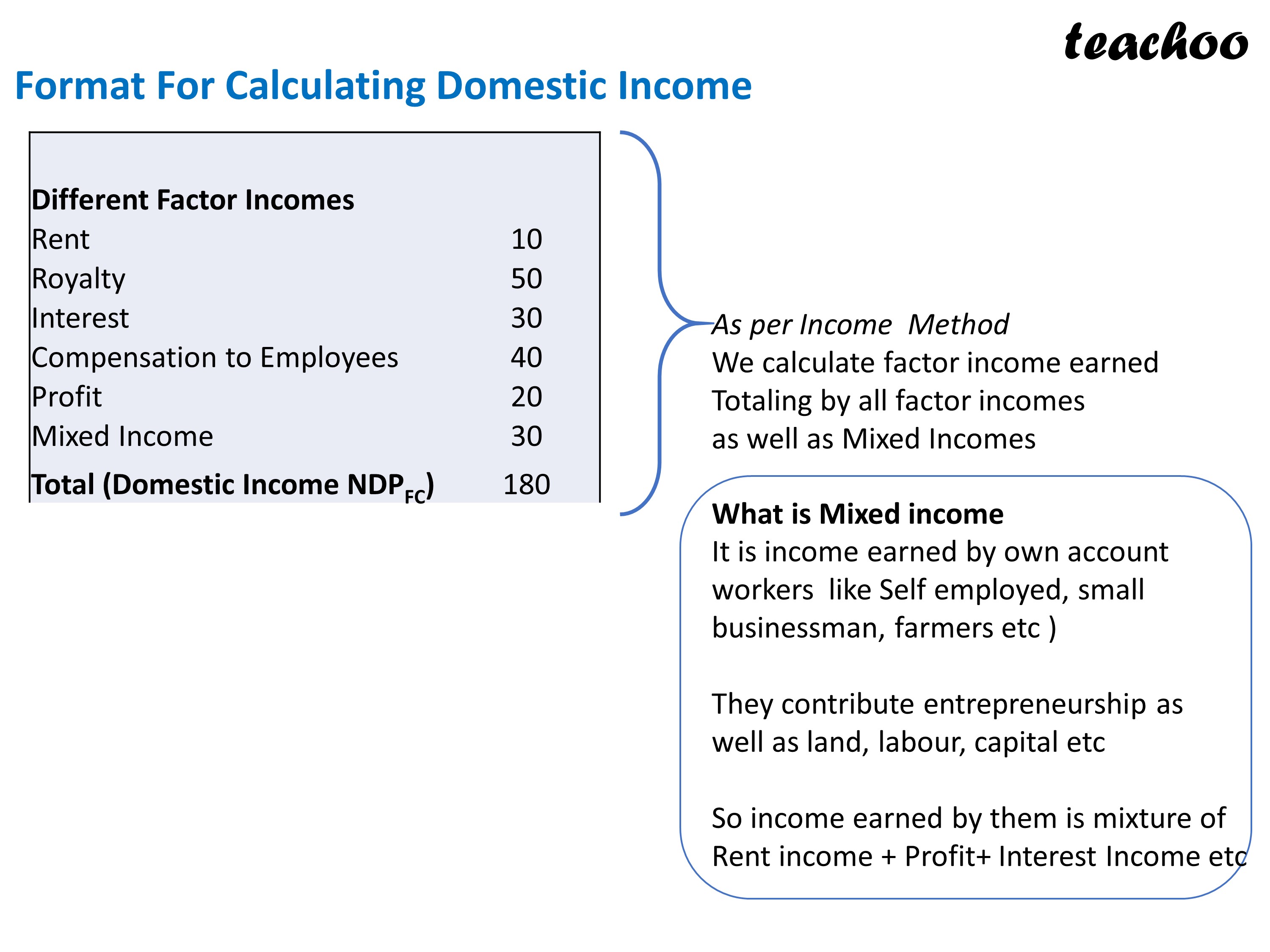 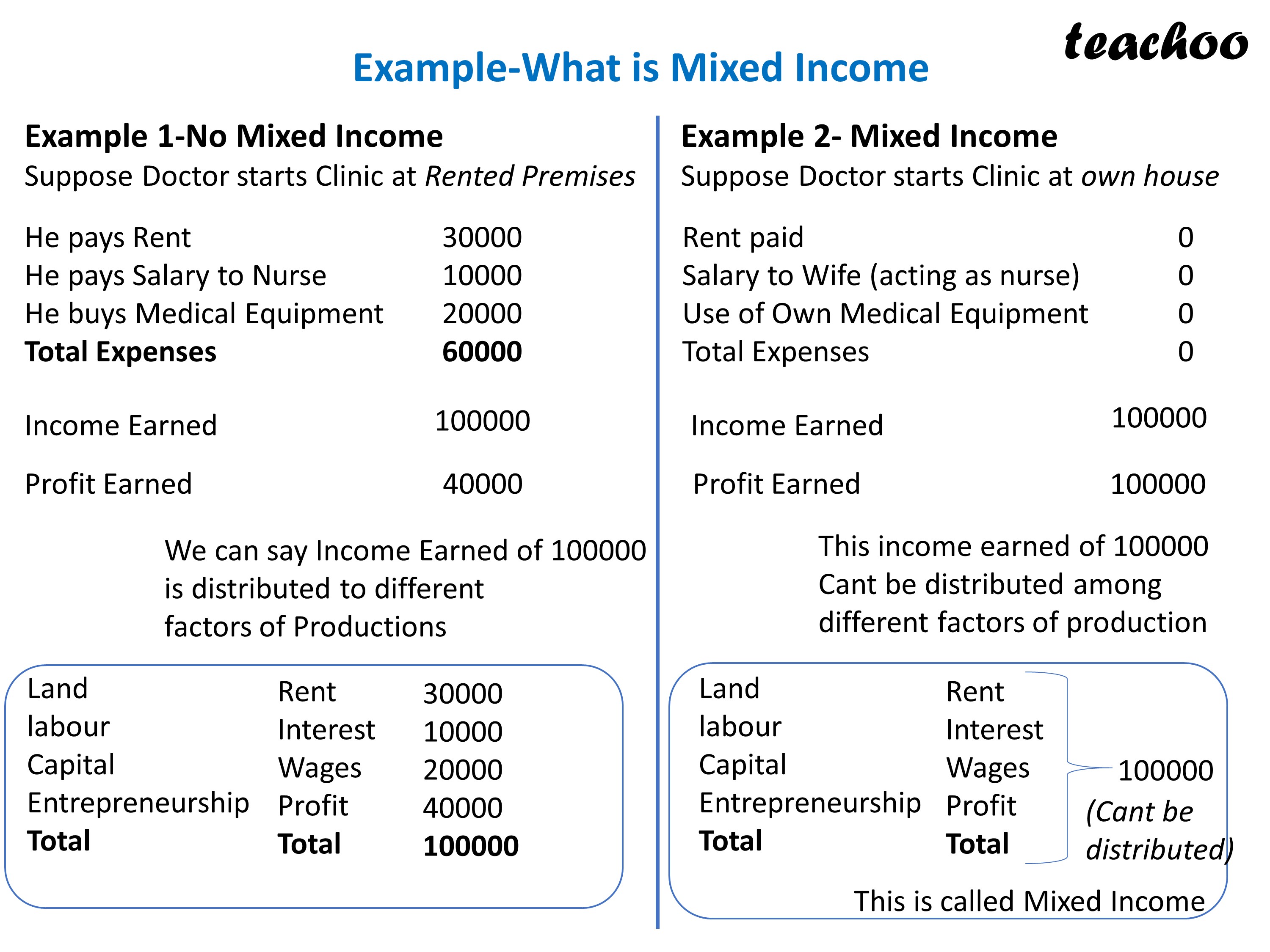 Sum total of this is equal to NDP FC(Domestic Income)

In this ,we add, NFIA (Net factor income from Abroad) to arrive at National Income

In the above method,

We do not deduct Depreciation and Net indirect Taxes

Total of All Incomes is equal to Domestic income

In this, we add Net Factor Income from Abroad to arrive at National Income (NDPFC)

In easy language, it is income earned by landlord from tenant by giving his property on lease

This 20 lacs amount is Royalty Income of Government 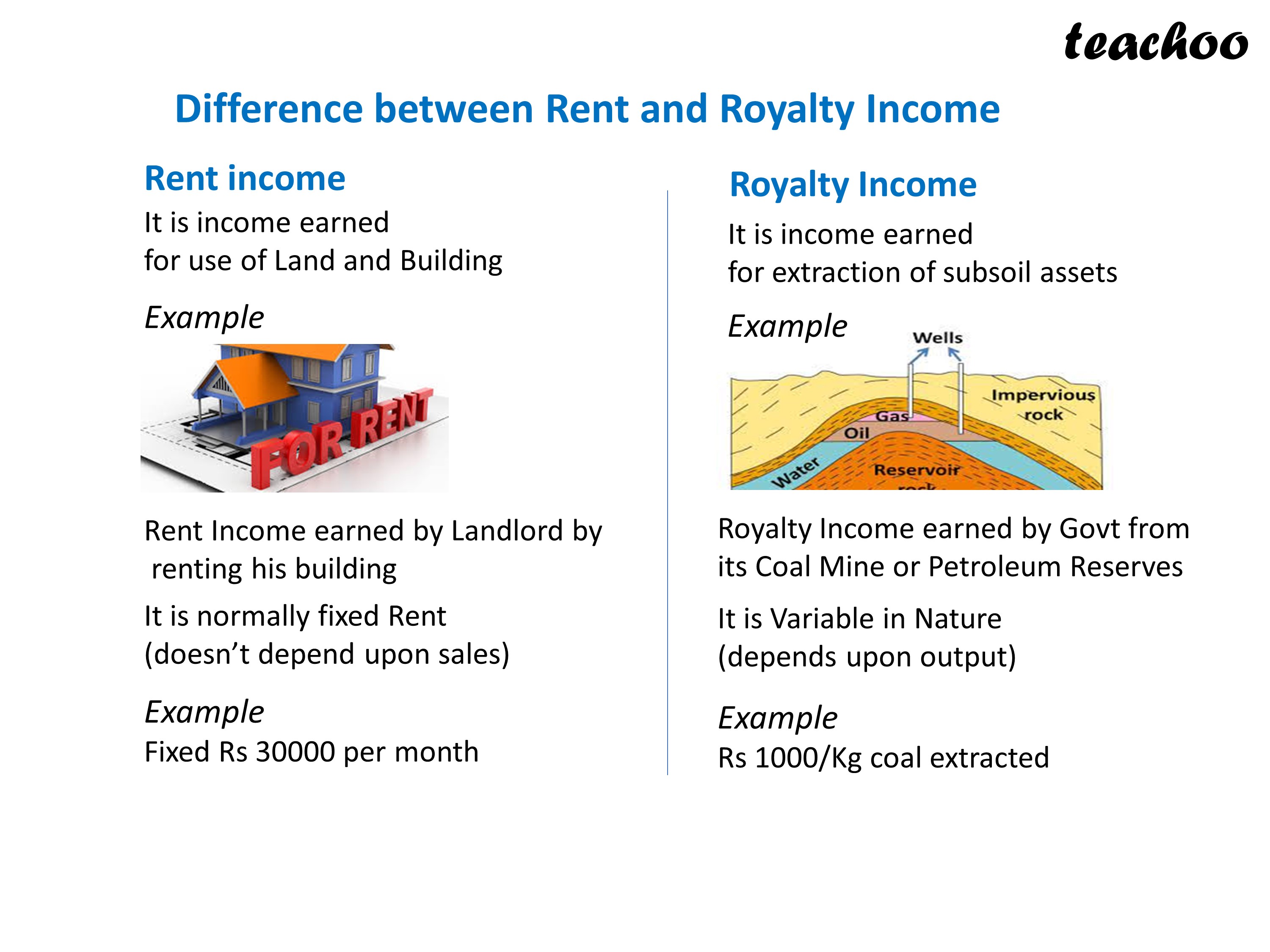 Example - Loan taken by a Factory from Bank to Purchase Machine 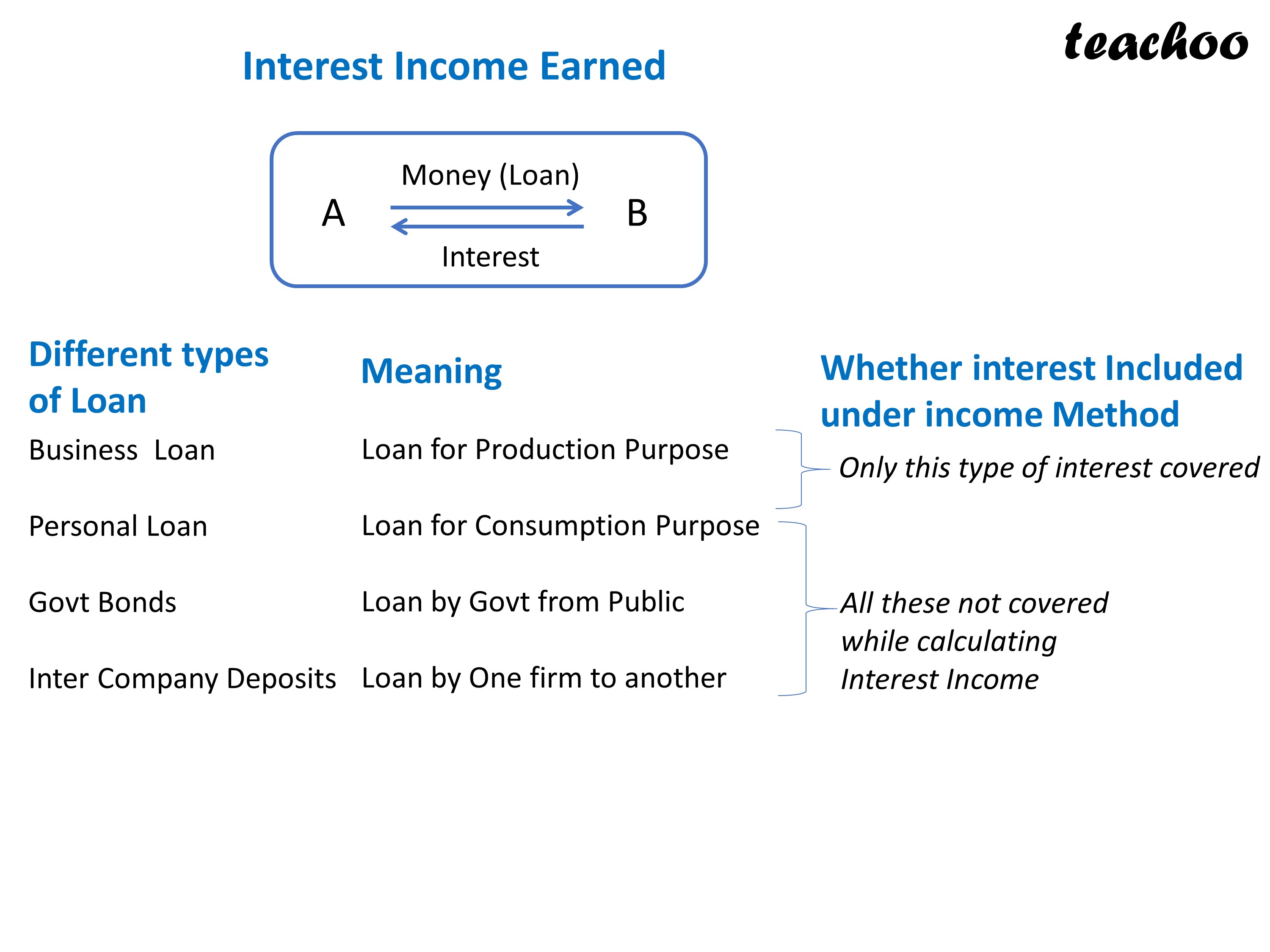 It does not include interest on

Loan taken by Govt from Public (Interest on Govt bonds)

Loan taken by one firm to another (inter company loans)

Wages and Salaries (paid in cash)

Amount paid in kind (Any non monetary benefit given)

However, it does not include

It is the amount earned by entrepreneur for his services

Out of this profit, some amount is paid as income tax to Government (Called Corporation tax)

Balance is distributed as Dividend to Shareholders

or Retained for future use (called Retained Earning)

It is income earned by own account workers (Self employed, small businessman, farmers etc)

They contribute entrepreneurship as well as land, capital etc

Hence, it is called Mixed Income

How is Domestic Income Calculated

It is some total of all factor Incomes

How is National Income Calculated

We add NFIA to Domestic Income to arrive at National Income 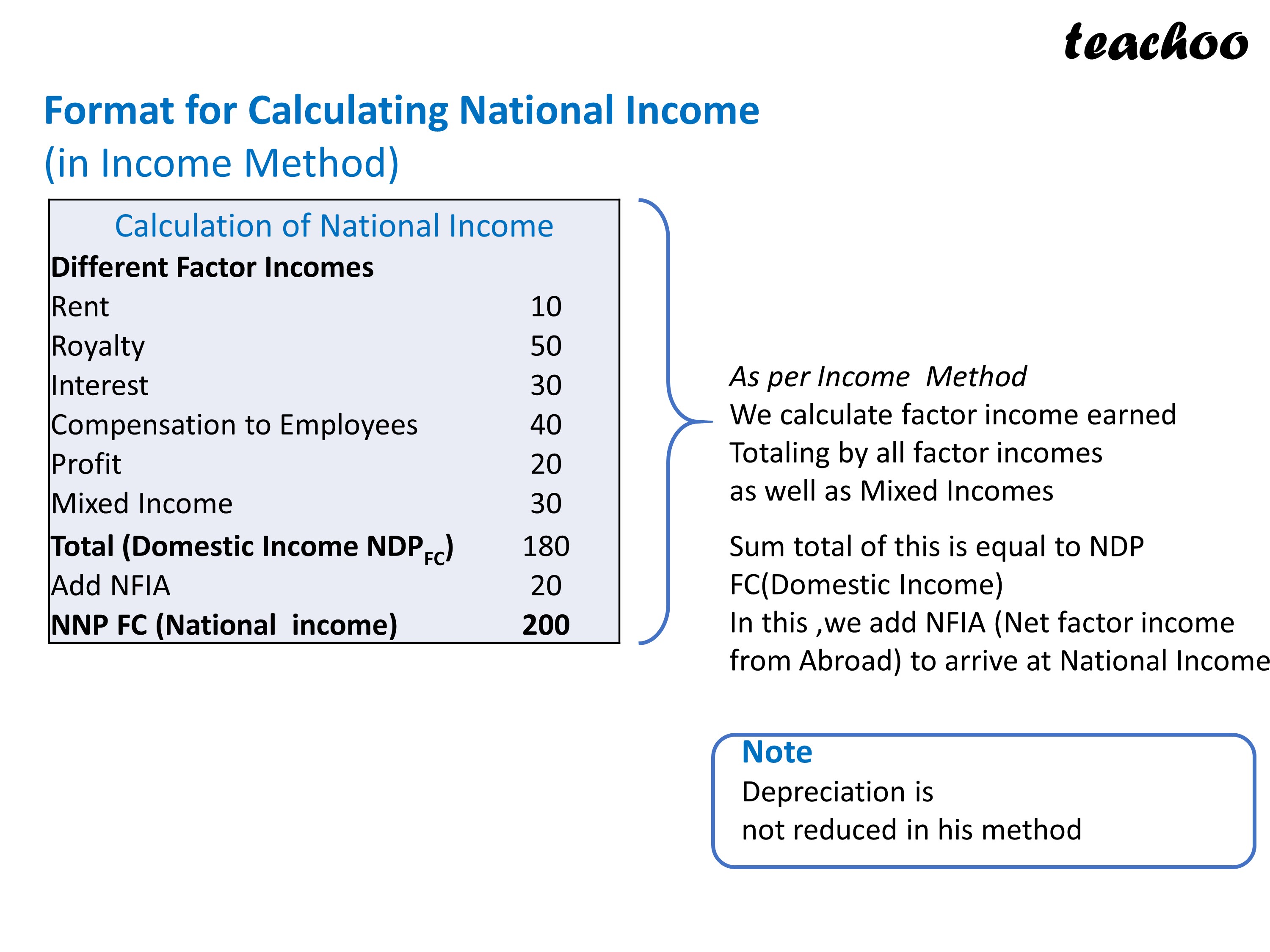 Compensation to employees and Wages and Salaries are both given

In this case, wages and salaries are not to be taken

We take only compensation to employee

We do not reduce Depreciation

as we calculate NDP at FC Directly

What is Operating Surplus

It is total of income from property + Income from entrepreneurship 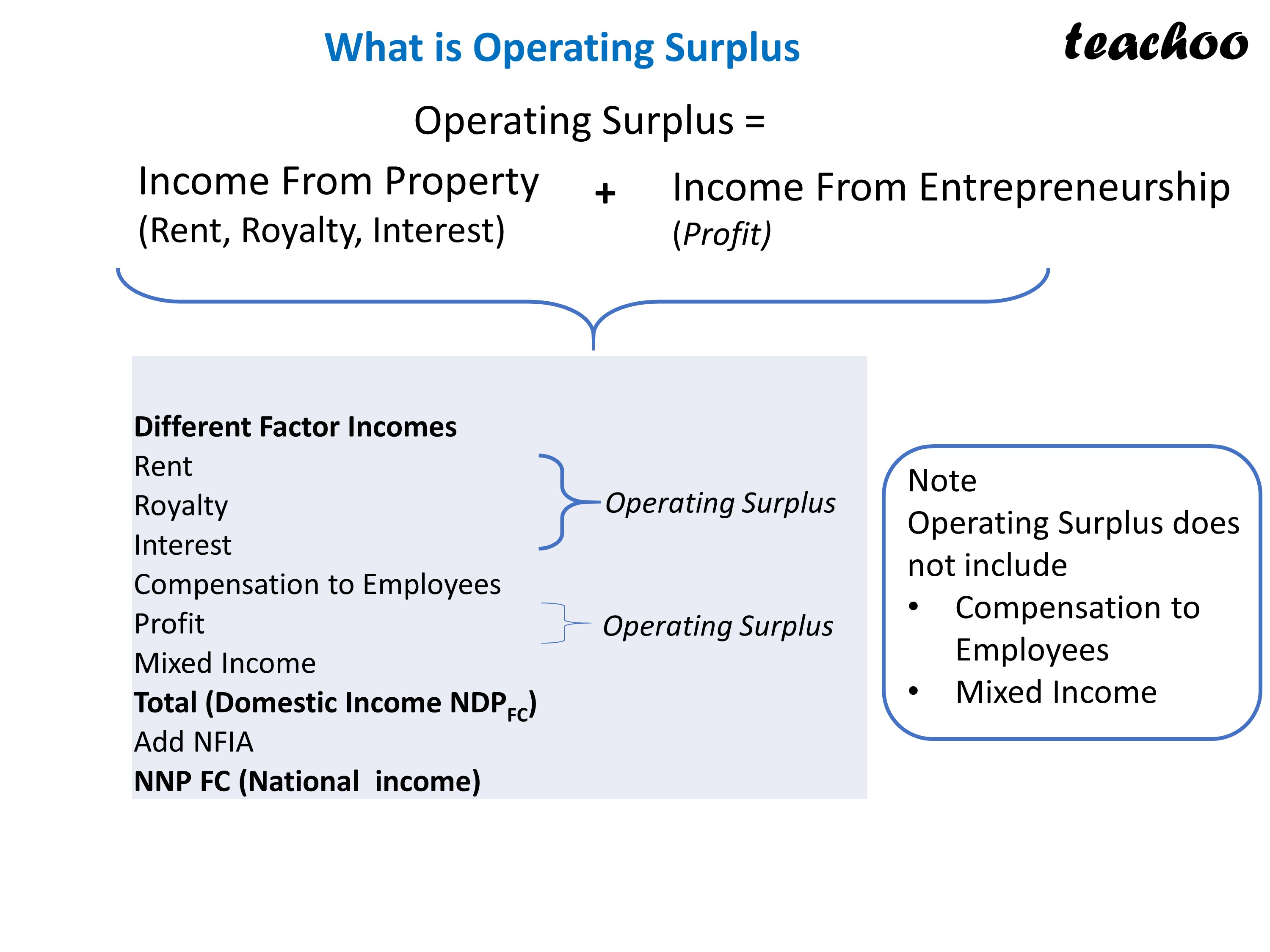 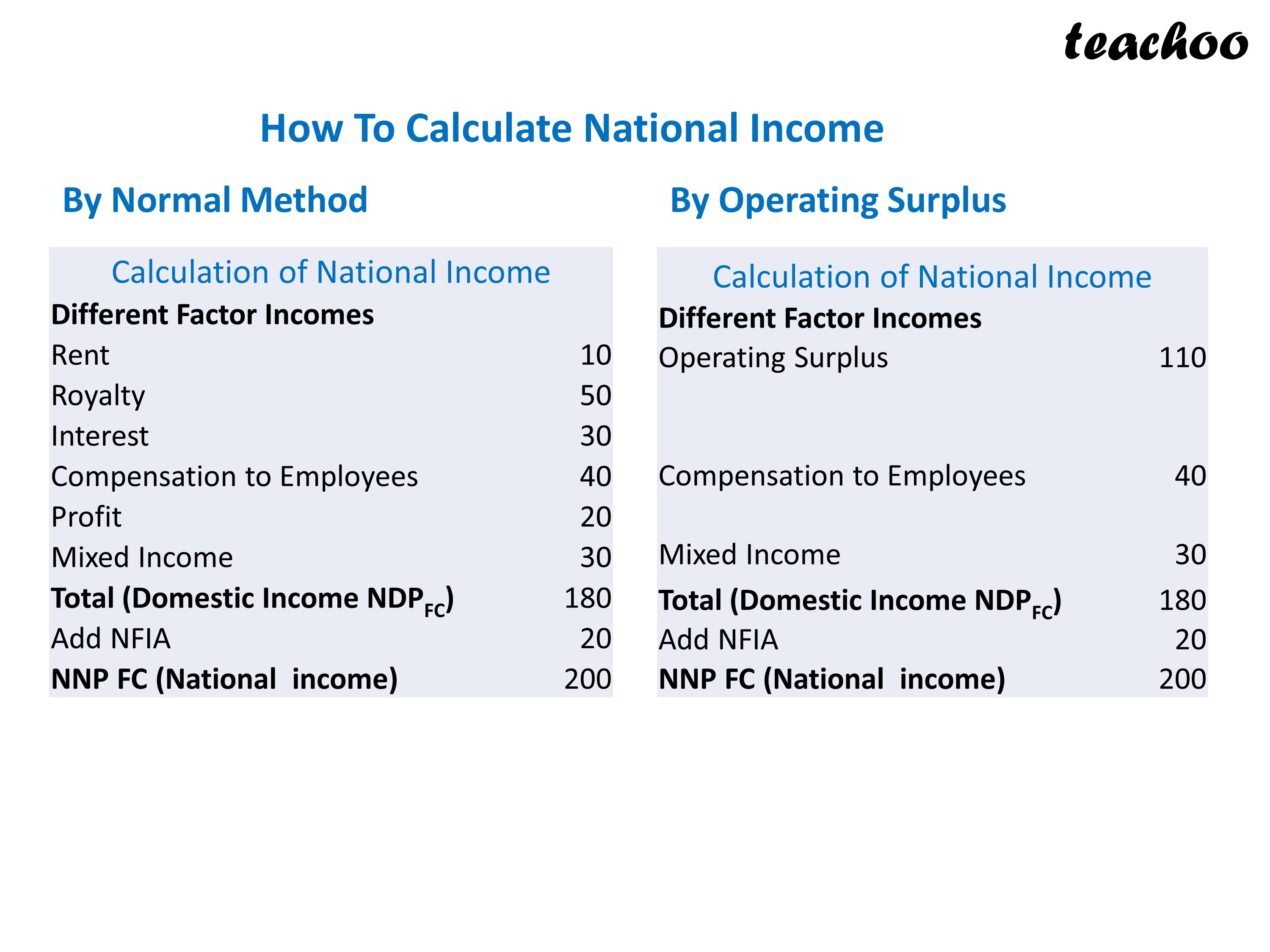 we do not take Net exports, Indirect tax and Gross domestic Capital formation

We will study about Gross domestic Capital formation in Expenditure method