Demonetisation means to withdraw existing currency from use.

In November 2016, the Government of India demonetised existing currency notes of Rs500 and Rs1000.

New currency notes in the denomination of Rs500 and Rs2000 were introduced.

Public was adviced to deposit all old currency notes in their bank accounts till 31st December 2016. 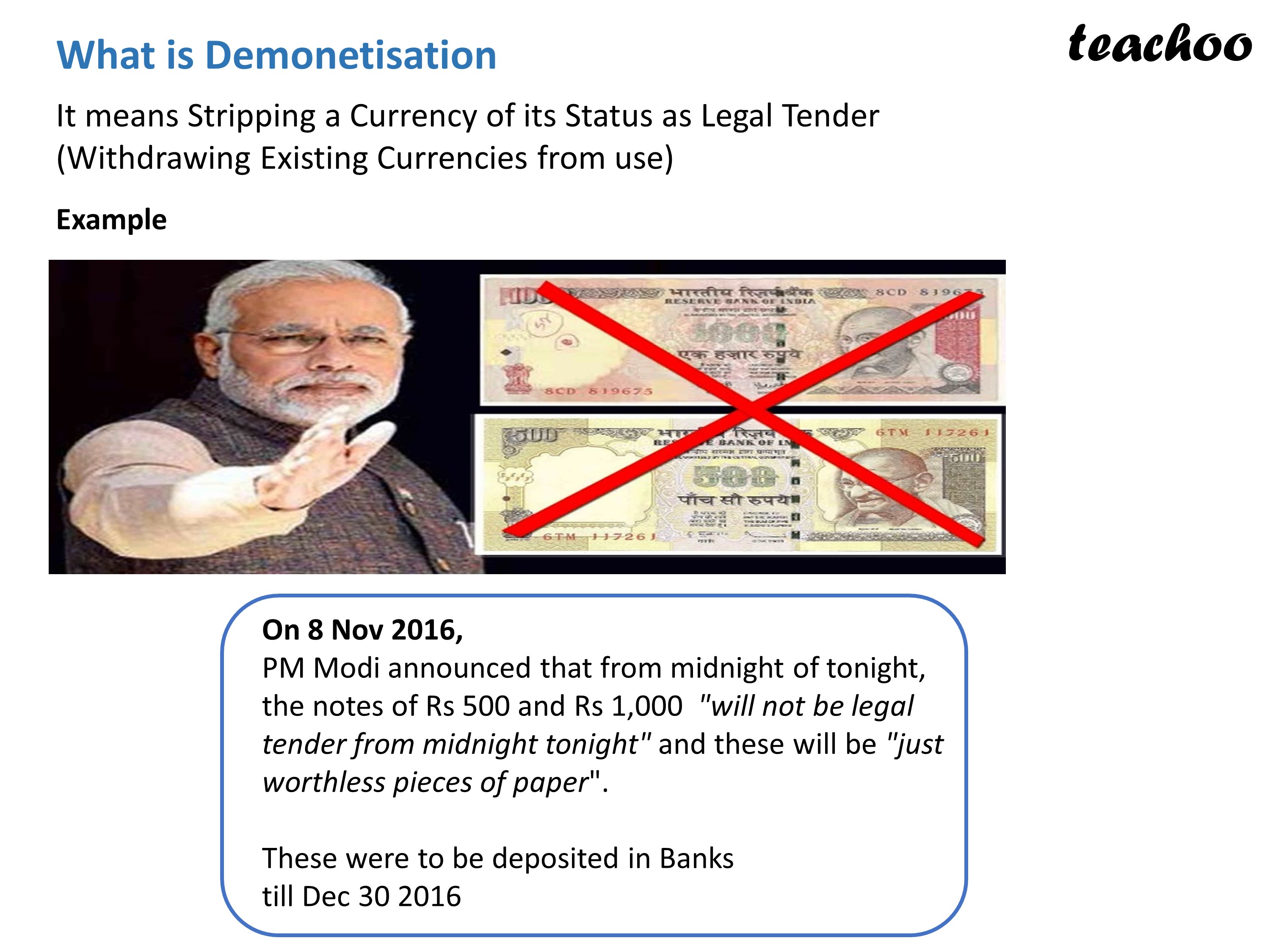 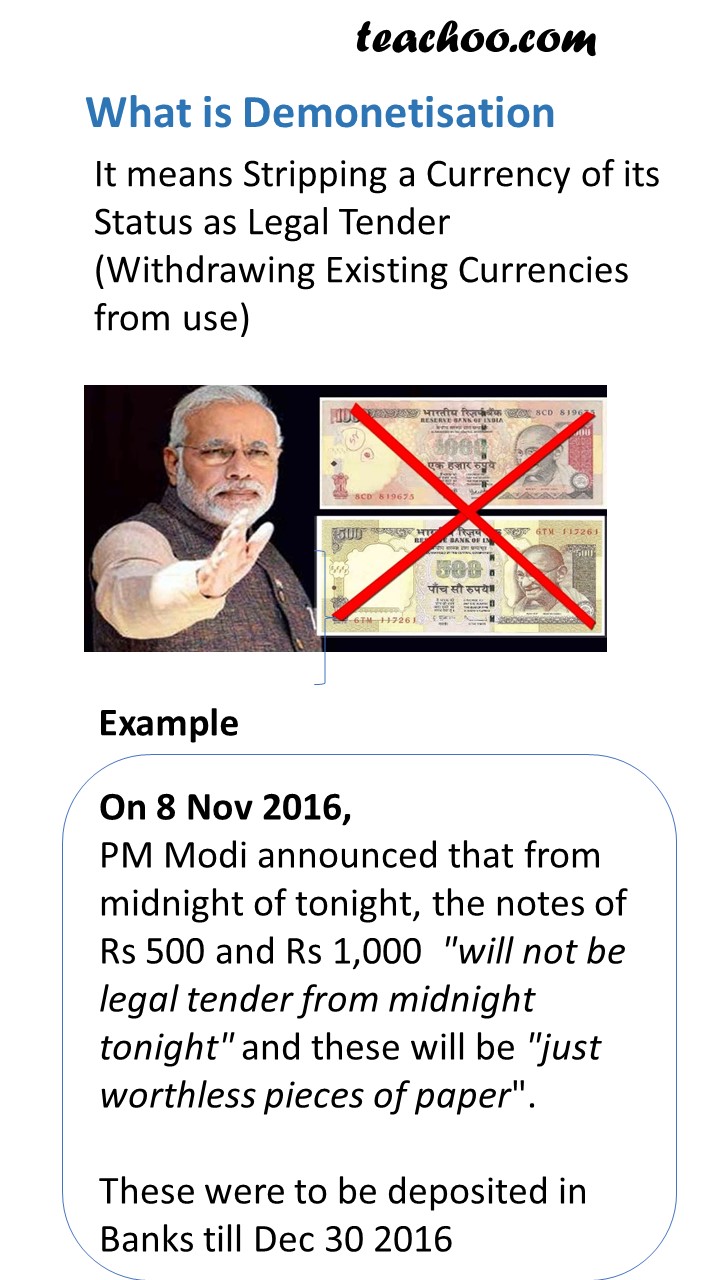 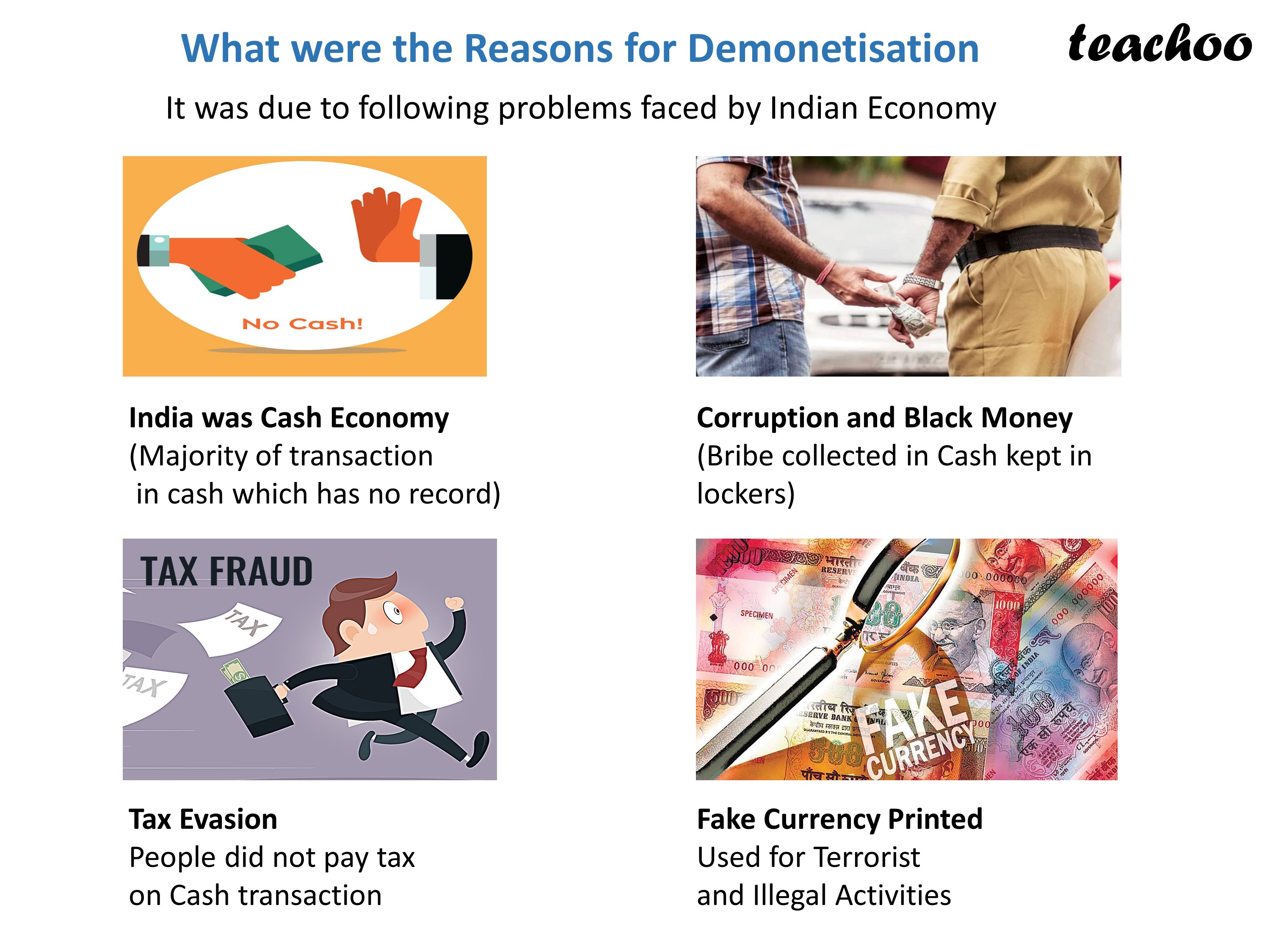 1. The main objective was to curb black money.

3. To bring back black money into the banking system'

4. To stop circulation of fake currency

6. To Tackle problem of corruption 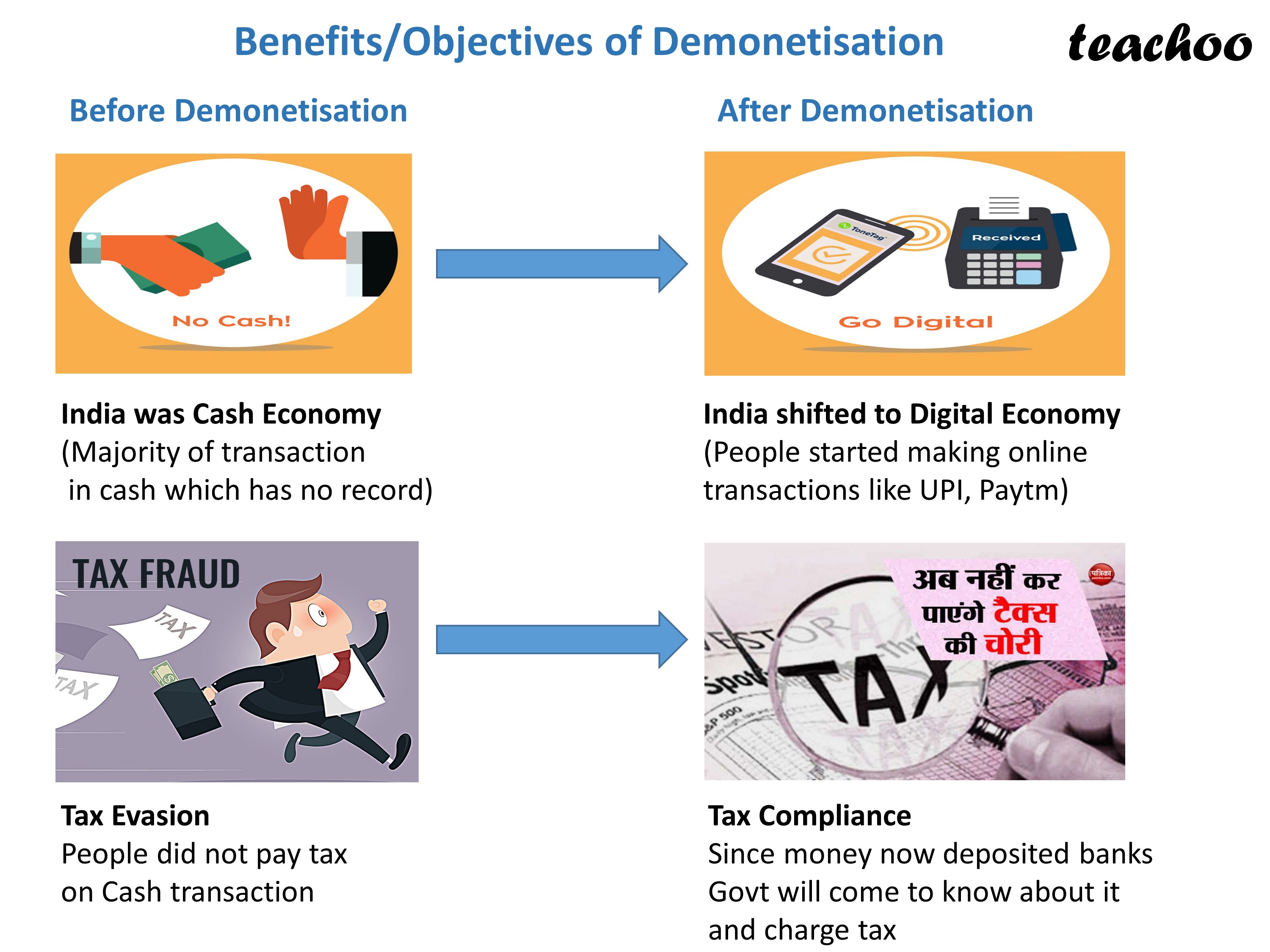 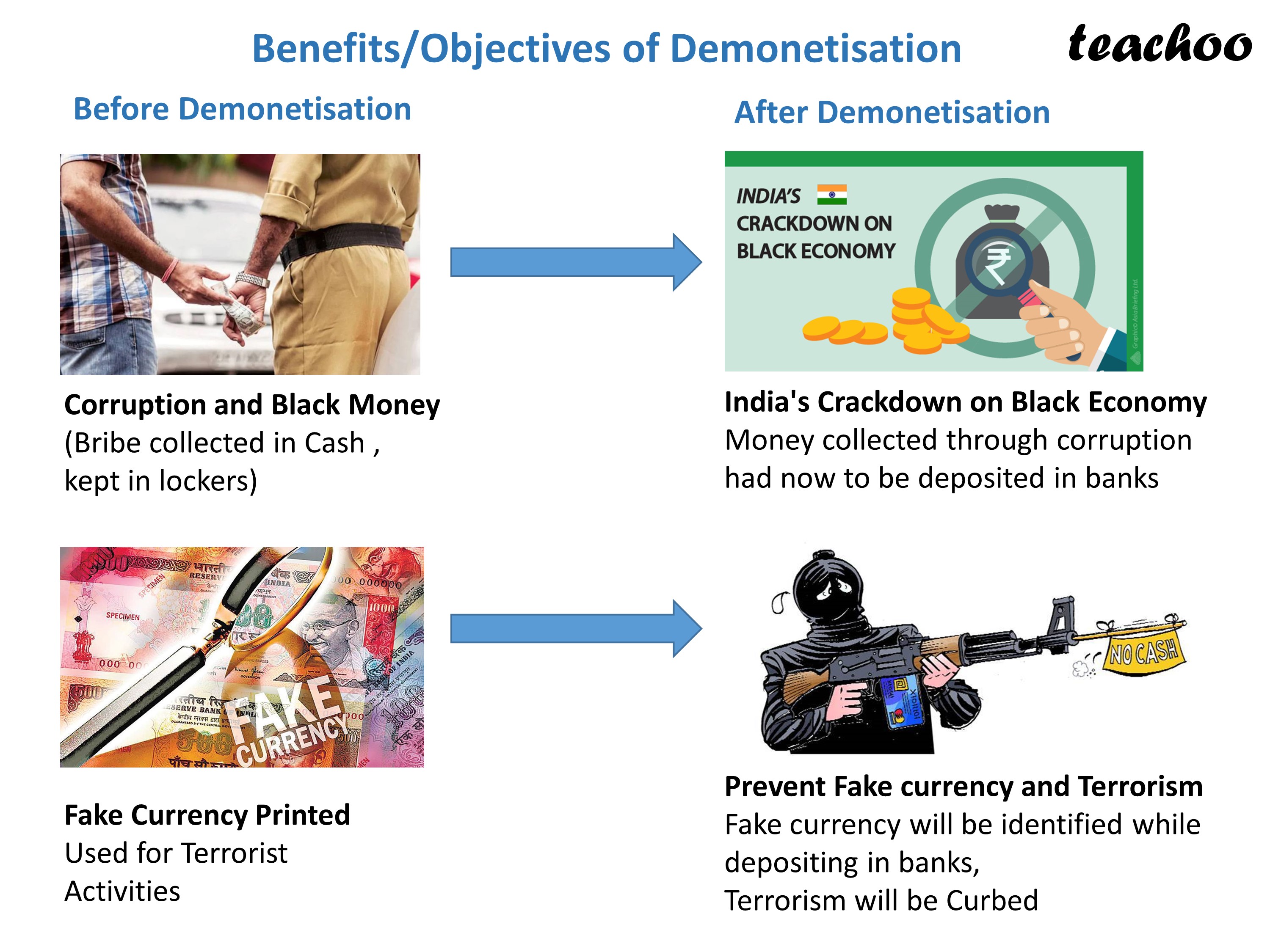 The move received both criticism and appreciation

The shortage of currency adversely affected the economic growth of the country. 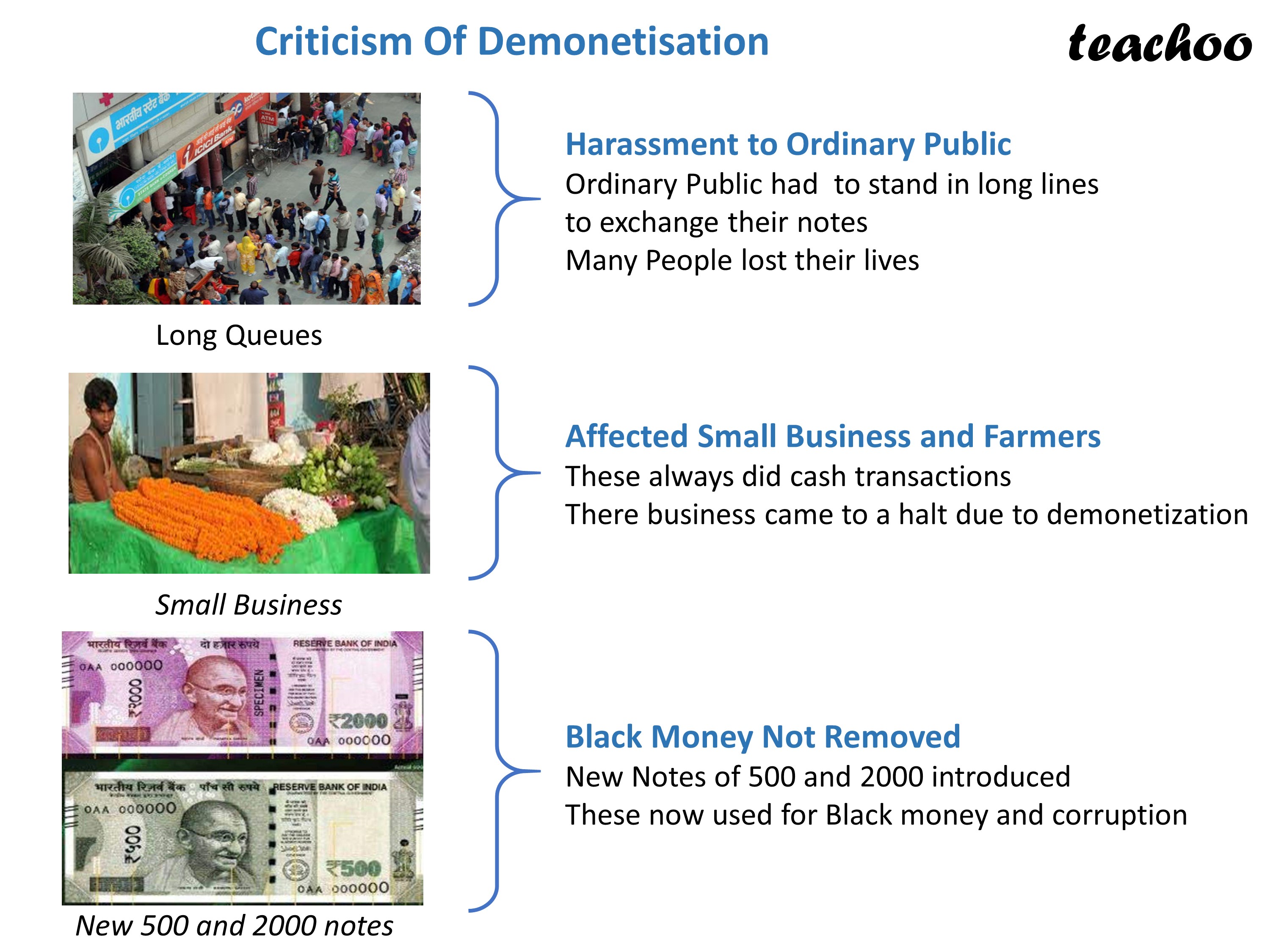 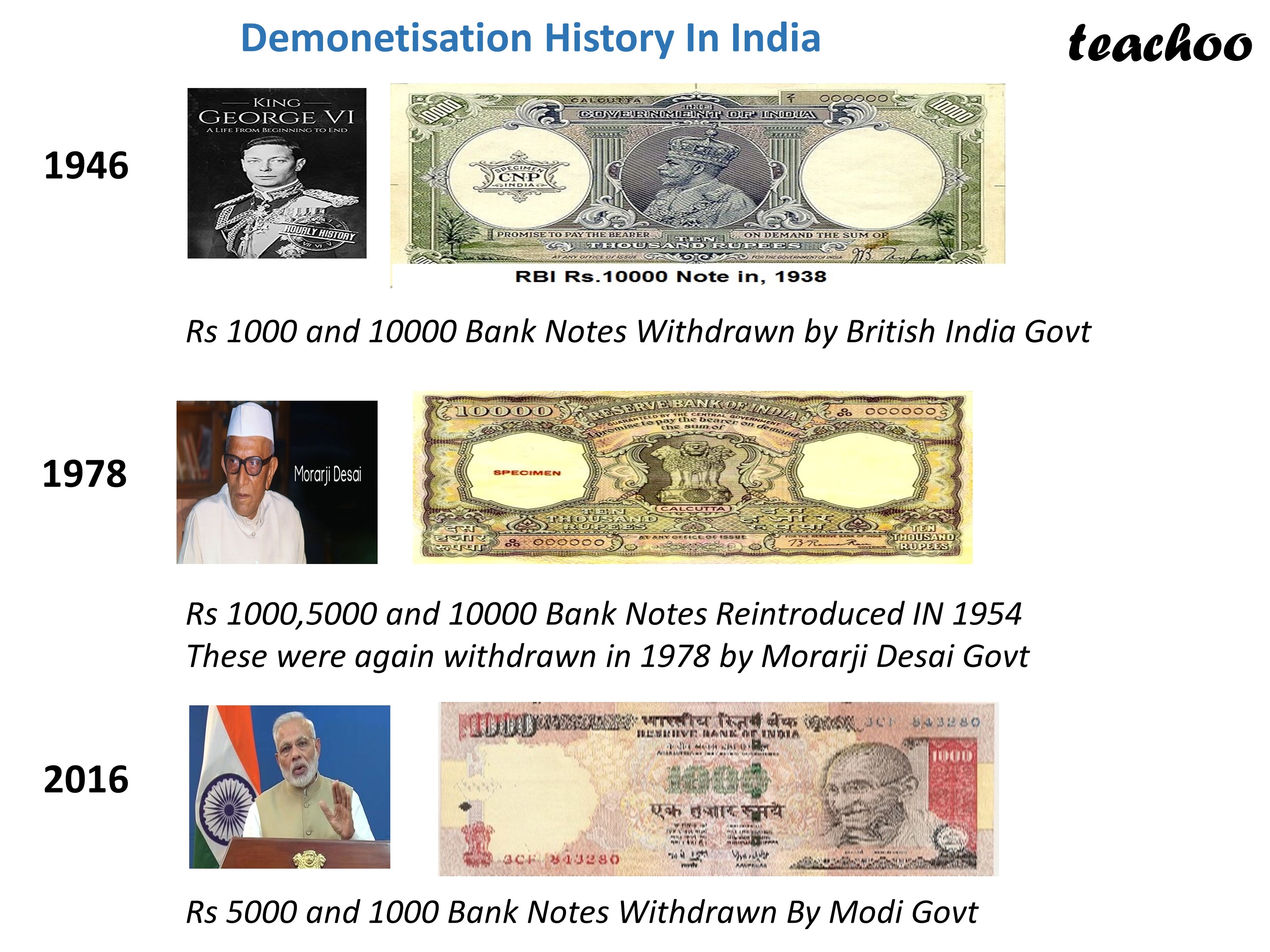 Which of the following is true regarding Demonetisation?

b. Demonetisation's main motive was to curb black money

c. New currency in the denomination of Rs1000 and Rs2000 were introduced

d Existing currency notes of Rs500 and Rs1000 were demonetised.

b. Demonetisation's main motive was to curb black money

d. Existing currency notes of Rs500 and Rs1000 were demonetised.

3 The other 2 statements are correct

Read the below case and answer the questions that follow:

In a 40-minute long speech Prime Minister Narendra Modi announced the demonetisation of existing notes of Rs 500 and Rs 1,000 during a televised address on Tuesday evening.

Modi announced that the notes of Rs 500 and Rs 1,000 "will not be legal tender from midnight tonight" and these will be "just worthless pieces of paper".

PM also urged people to 'join this mahayojna against the ills of corruption. - "What is demonetisation and why was it done?" - The Economic Times, Nov 09, 2016

Under whose purview does the issue of new currency fall in?

a. Reserve Bank of India

b. Central Government of India

d. All of the above

a. Reserve Bank of India

The Central Bank plays the role of the sole note issuing authority in the economy.

And in India, Central Bank is the Reserve Bank of India

Which two currency denominations were demonetised?

d. All of these

It is the sole responsibility of the Government of India to mint coins of all denominations.

d. None of the above

The one rupee note and coins are issued by ministry of finance. 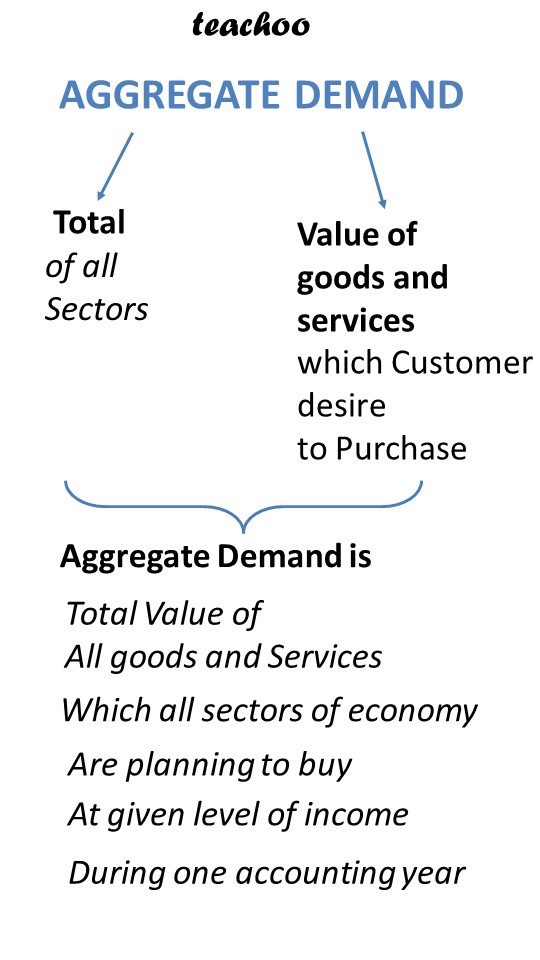